Furthermore, we are establishing a synthetic biology club at Peking University Experimental School – Jiaxing, the principal has agree with our idea and provide a small lab for our experiments. We are looking forward to promoting the club as well as iGEM at school and having more new members join us.

We have created a social media platform wechat public account to publish popular science article of synthetic biology and our project research progress. Thanks to this platform, more than more people get to know us and support us, then benefited our fundraising. This year, we totally raised almost 30000 RMB which was definitely helpful.

On August 5th, our team held the human practice in Low carbon science and technology museum in Hangzhou to spread knowledge of synthetic biology to kids. There are 3 sessions within the activity, including DNA extracting experiment, game session, Q&A session. Children had to begin with the first session, and only those who finished the whole adventure could receive presents. 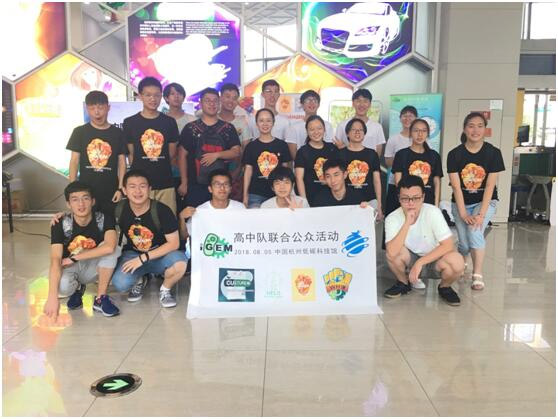 Picture1: The group photo with organizers from 4 IGEM teams

Though the activity only lasted for one day, our group members really worked hard in order to prepare the activity. We made a great success both in this human practice and the collaboration with other teams. 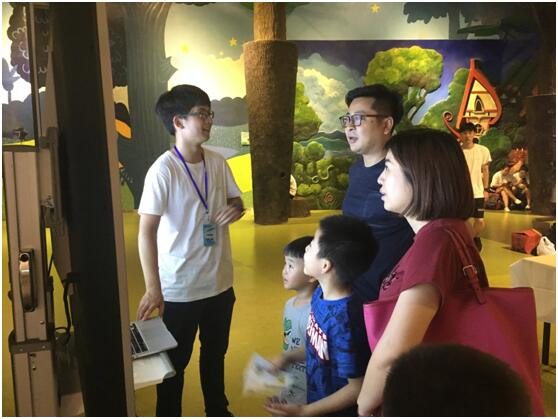 Picture 2: Our team member is introducing our projects to those parents.

Although the preparation was really challenging for high school students to achieve, we were enthusiastic about every difficulties we met, and gained precious experience within the process, making us more mature and stronger in organizing ability. Also, the failure of this activity had been thoroughly improved in the next human practice.

Our team members have organized 2018 Shengxi Science Day with at Zhejiang Science and Technology Museum. This event was supported by Zhejiang Association for Science& Technology as well as community open lab AST Space. 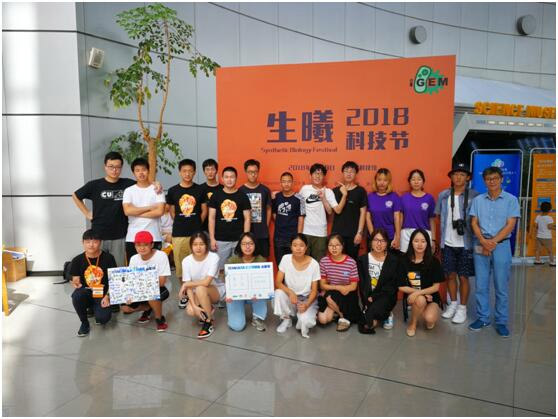 Picture 3: The group photo of all organizers from 6 IGEM teams

During the preparing time, our team showed great enthusiasm about organizing and making plans, helping other 5 teams to finish the preparation together. Since it was the second time of our human practice, we had more experience over other college teams. Minghao Zhou gave the revision of the PPT based on the previous one, which made it more acceptable for children in a young age. The language using in the PPT was changed into informal one, causing better understandings for those kids toward our topics of formaldehyde's harmfulness. In the process, comics from Tianlun Yu were the most important part. Many young audiences could not understand our content, because they are just elementary students who knew exactly nothing about synthetic biology. Using comics is quite innovative educational method that could help kids to comprehend the professional knowledge. 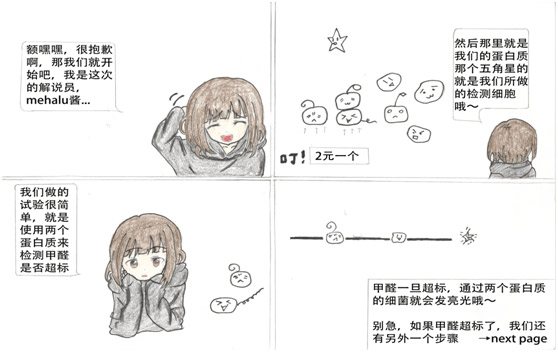 Picture 4: The comics designed by Tianlun Yu to illustrate our project

When it came to the game, Jiayue Wu gave a lot of suggestions as the leader of our team. She proposed that although complex games could help students to learn more knowledge, fewer students would participate in the game. So if we simplify the game into an easier one, we could have a larger impact among participants in this activity. The new game would also help those children to understand the damage of formaldehyde and the value of our project.

In IGEM, our team's project is mainly about the decomposition and detection of formaldehyde, leading to the principle of our game. Given the structural formula of formaldehyde, Children would make the ball-and-stick model of formaldehyde by themselves. This game is easy for small kids to play, testing the ability of observation and inspiring their interests upon biology and chemistry. After the competition, they had remembered not only what formaldehyde is, but also its structural formula and ball-and-stick model. Of course, many parents also showed great passion in the game. 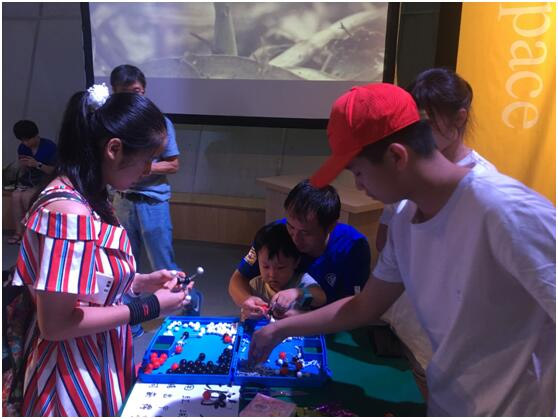 Picture 5: A farther is teaching his son how to build the ball-and-stick model for formaldehyde

See?! Everyone was concentrating on our game! Moreover, we offer the signature board to propagate our project to all people who had been engaged in the game. They all signed on the board to show their support to our program. 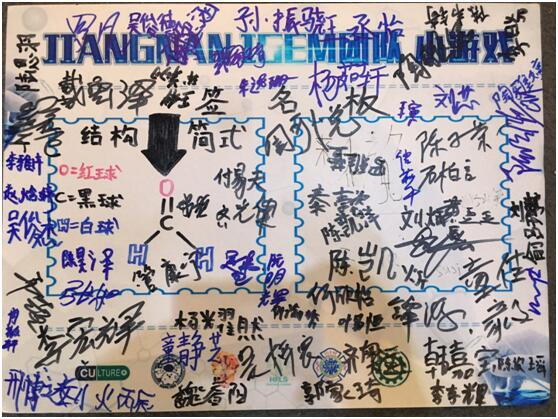 Picture 6: if people appreciate our program they could sign on our board to express their support.

Minghao Zhou and Yineng Chen take responsibility on the speech and question time. At the beginning of the speech, different from other five teams, we stressed the importance of participation of children themselves and illustrated the rules of quiz part that any parents would not be allowed to help their children. This strategy successfully drew those children's attention and let their parents know the meaning of popular science part. Minghao Zhou delivered the information about formaldehyde existence and effects of over criteria. Then, Yineng Chen helped kids to learn the knowledge in the comics, playing a role of the instructor in the comics, which aimed to help those children to have a deeper understanding. In order to test the achievement of the speech, we used the special answering pattern. Student who raised his hand fastest could have the opportunity to answer the question. Surprisingly, we are shocked by their ability of accepting professional knowledge. Those young children could raise their hands even without second consideration. Some questions even reached a level of high school knowledge, which must be extremely difficult for kids under 10-year-old to solve. However, everyone seemed to be confident about their answers, and finally solved all the questions we prepared. 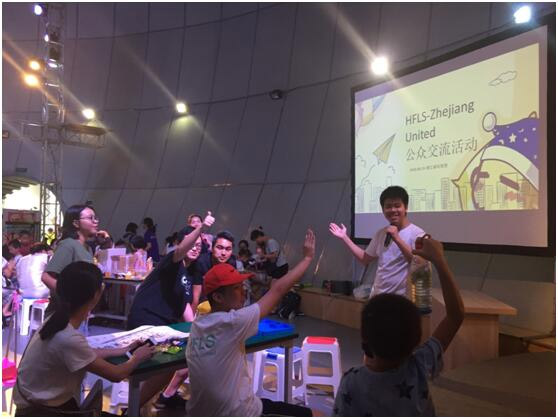 Picture7: Our team member is giving the speech to the general public

The patience and enthusiasm of those small kids totally exceeds our imagination. After the speech, several parents consulted me about our team and IGEM. We explained their confusion patiently and were happy to see their advancement. The most impressive one was a mom of a elementary school student. She told us that his son was really interested in synthetic biology and our group project through this activity. She wondered how we were able to organize such a big activity independently. We told her about the challenges we met and she really appreciated the fruit we got through our own efforts.

After these 3 human practices, we realize something we haven't thought before. Actually, our values are contained in all the things we have done during our way of IGEM. Along our journey, we made huge social impact by using high school students' power: we called for public awareness and inferred the focus we should highlight in promotion campaigns through the survey analysis; we brought information of IGEM to those parents to make more people know synthetic biology in the first propaganda; we gave children a lesson to popularize harmfulness of formaldehyde in the second propaganda. We walked steadily toward our goal; looking back, we can clearly see the footprints we have left in the society.