Since we are both working on protein production in E.coli we started a collaboration with iGEM Lund. During this collaboration we exchanged biobricks in order to verify them. 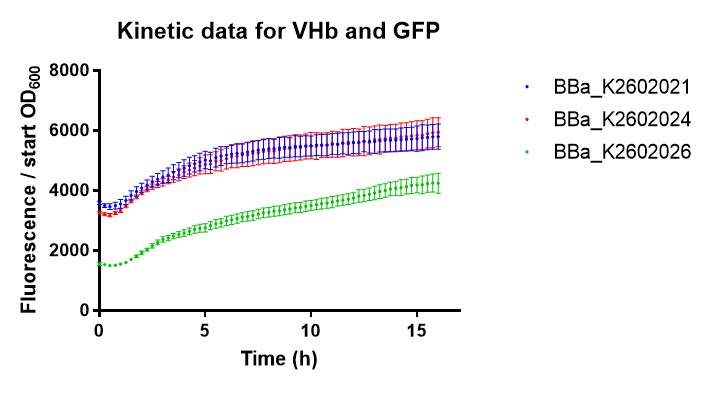 
Podcast - a Collaboration with iGEM Chalmers

Following the Nordic iGEM Conference in Lund we started a collaboration with the team from Chalmers University. During the summer, a representative from iGEM Chalmers visited us and recorded an episode for our podcast "Attempting Science" with us. In the episode we talked about their project and problems that have been faced during the course of the iGEM competition. This proved a fun way for us to reach out with our projects, and to meet an discuss them together. A link to the podcast can be found on our Human Practice page. We collaborated with iGEM Düsseldorf on their postcard collaboration as a part of our human practice. This is a worldwide collaboration where different iGEM teams design their own postcards. These are then distributed to the participating teams with the help of iGEM team Düsseldorf. Namely, to raise public awareness about the field of Synthetic Biology. We then distributed the cards we received to students and to the public during events hosted by us.

In order for us to get a better connection to some of the other iGEM teams we decided to start a diary collaboration. We asked teams to write texts on what they did in- and outside of the lab during summer, and take pictures. We then compiled these stories into a document that was published here and on our facebook. The teams that took part were: Dalhousie iGEM (Canada), team AHUT China (China), iGEM NYU Abu Dhabi (United Arab Emirates), and LiU iGEM (Sweden).

We are the Dalhousie iGEM team from Halifax, Nova Scotia in Canada. Our team is comprised of 15 undergraduate university students, 7 mentors and 2 faculty advisors. We are from a range of programs making it a fun and interesting summer working with so many diverse backgrounds! We wanted to tackle a local issue for our 2018 project: an increased amount of aluminium present in Nova Scotia’s freshwater systems due to acid rain. These increased aluminum levels have been responsible for environmental challenges such as a decline in the Atlantic salmon population. Our goal for the season is to develop a sensitive and inexpensive bacterial biosensor with Caulobacter that can detect toxic levels of aluminum. This biosensor can be developed into a “point-of-care” diagnostic for Nova Scotia rivers at risk and would be more accessible to community groups that protect Nova Scotia rivers.

Good luck with your project!

See you at Boston,
Dalhousie iGEM 1. The unlucky boy–––Hu Zhiyuan
When Hu Zhiyuan was loading the pipette tip, he mistakenly put the head of the small gun into the box, which contained the head of the middle gun. At that moment, he was shocked when he picked up the box. What an unlucky boy!

2. The cream of IGEM
Our senior colleague bought the cream on the Internet and then the delivery was put there. Hu Zhiyuan saw it and asked what it was, she explained that it was the cream. Hu said if it was the material for plasmid culture in the IGEM.

3. The truth of Liu Zhihao
Wang Huichao, a student in our experimental group, did not know that there were two people named Liu zhihao in her QQ. Before the summer vacation, she had been contacting another Liu zhihao and discussing things related to the project with him. But this Liu Zhihao hadn't knew her and Liu thought that he was playing a joke on her. Until one day, Liu Zhihao who was the right one we need to communicate asked Wang to send photos of the colony. But Liu said he didn't receive it. At this time, Wang discovered that she had been communicating with another Liu Zhihao. Dear Diary,
What a weekend! These past few days LiU iGEM participated in the Biobrick tutorial at the Danish Technical University (DTU) in Denmark. Although it was a struggle to get to Denmark (stupid railway) it was all worth it to meet up with all the other Scandinavian teams.

This was a weekend filled with lectures, workshops and fun challenges. During the weekend, we also worked in teams of 2-3 students (from different iGEM-teams) and tried to make Biobricks. During our stay in Denmark, we also had a chance to explore the campus of DTU and their student life and look how fun we had!

Dear Diary,
What a week! The past three days have involved a lot mashed kiwi fruits, lots of exploded filters and a bunch of wonderful teens interested in science. This is a summary of our experience of “Sommarveckan”.

We had very fun, most teens were enthusiastic and interested in the experiment we did and it felt appreciated that we actually tried to make it fun. Because that was one of the main purposes of these days: to have fun and learn something in the same time! Who does not love to crush fruits and them mix them ethanol? It basically like candy crush in real life (with the addition of alcohol).

PS. None of us has touched a kiwi fruit since this week (and it was, like, three months ago by now). Dear Diary,
What a beginning! As the new term starts for students at Linköpings University, they will be welcomed by a colourful driveway to school, tagged by students from various student organizations. And of course, we are one of them! One early morning in August, a couple of us went with dye and brushes to this driveway in order to paint our LiU iGEM-logo on the avenue to the school.

I would like to say that the result isn't too shabby! Dear Diary,
What a day! We have participated in the annual reception called “Kalas” which is an event for the new students at Linköping University. This is an event where all the new students can socialize and join different student organisations. Of course, we want to get some new members in our iGEM-organisation and get more people engaged in the IGEM-competition!

We had a stand where students could come to us - eat candy and buy our nice patches and ask questions about iGEM and our project!

Dear Diary,
What a night! One of our teammates was a speaker at a TEDx-event in Norrköping and he was A.W.E.S.O.M.E! A night in the name of Biology, what could possibly go wrong! Six months of planning and preparing for this night and it has finally happened and we could not have wished for a better outcome. To Norrköping we brought friends a family and everyone we could find interested, including our two mentors (Lasse and Per) and as far I could tell, they were happy with the result.

We are all very proud of Martin who took the stage. He spoke for us and with us, and we can all agree that no one could have done it better! What a podcastly time! Another day with LiU iGEM has passed and we are have been making a lot of podcast episodes lately. We have talked about everything from our project to epigenetics. We have also had the iGEM-team from Chalmers, Gothenburg with us in an episode. This was very exciting and it is nice to hear about their project as well. We have been all up in our own project lately so it is nice that someone came and burst that bubble for us. The hunt for a microphone has been an adventure during the summer! During the spring we had the profit of using a microphone at Mjärdevi Creactive here in Linköping. Mjärdevi Creactive is a place where students can sit and study and they always have coffee available. Practically a dream for everyone with a severe caffeine dependence. But now, during the summer, we had to find another solution. Thanks to one of our teammates that sometimes is lost in the world of gaming and likes to record music, we found a solution to our problem.

We could not be happier with the result, since we sound no stupider than we normally do!

LiU iGEM took part of the Nordic iGEM Conference hosted by iGEM Lund. The participating teams got to take part of lectures and a mini-jamboree, where we got to practice presenting our project and give each other feedback. The participating teams were: iGEM Lund (Sweden), iGEM Copenhagen (Denmark), iGEM Chalmers (Sweden), iGEM Stockholm (Sweden), Aalto-Helsinki (Finland), UiOslo (Norway), Uppsala (Sweden), DTU-Denmark (Denmark) and LiU iGEM (Sweden).

LiU iGEM also took part in the Biobrick tutorial at the Danish Technical University (DTU), organized by DTU Biobuilders. This was a weekend where all participating teams got to meet other iGEM-teams, take part in workshops where we learnt how to pitch a project, go on lectures and try making an biobrick in teams of 2-3 students, that were randomly put together from the different iGEM-teams. We also had the chance of meeting hq-Abigail and one of the judges and ask them questions. The participating teams were: iGEM Lund (Sweden), iGEM Chalmers (Sweden), iGEM Stockholm (Sweden), Uppsala (Sweden), LiU iGEM (Sweden), iGEM Copenhagen (Denmark), DTU-Denmark (Denmark) and UiOslo (Norway).

Collaboration with Engineers Without Borders Sweden

During the spring this year the adivsory board for Engineers Without Borders Sweden at Linköping University reached out to us for a project they were working on. Engineers Without Borders Sweden is an organisation that works with challenges related to sustainable development goals around the globe. One of their goals is to inspire more young students to become engineers. We teamed up with them for a tour of Linköping University aimed at inspiring secondary school students to pursue a higher education. This is described further on our Human Practice page.