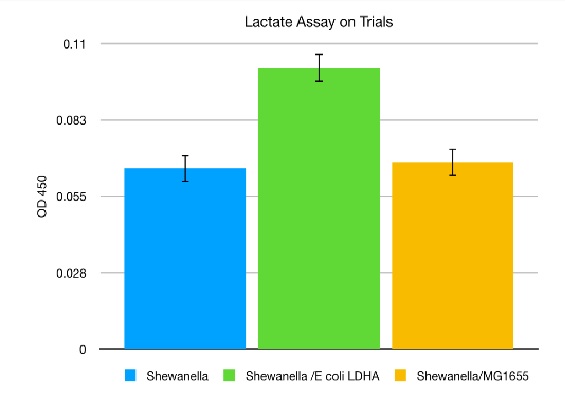 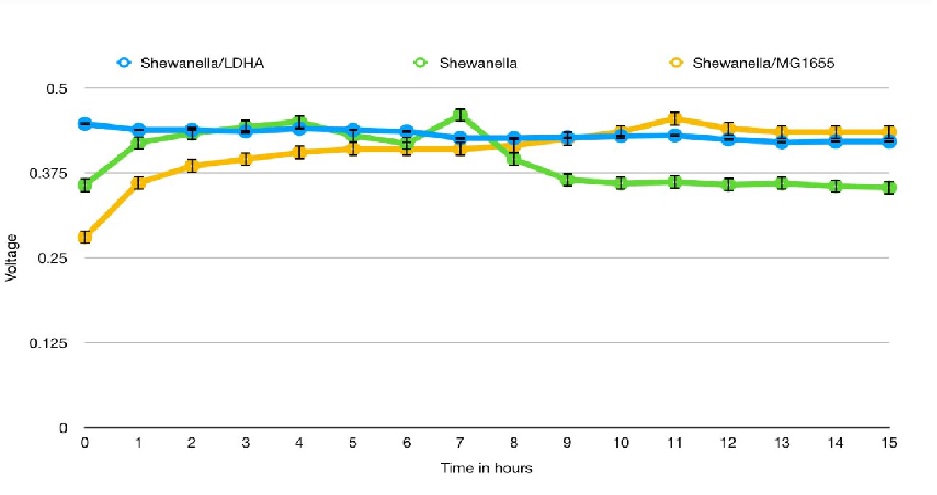 The biosensor from the CMUQ 2017 team was selected for improved characterization (Part: BBa_K2467002). Five different concentrations of NaCl were added to tryptone and yeast extract (same as LB) and E.coli containing the biosensor plasmid and were grown overnight in triplicate. After 18 hours the red fluorescence of 100ul of culture was measured in a TECAN m1000 plate reader set for excitation/emission wavelengths of 584/607nm at a gain of 100. These results show that the biosensor is sensitive from at low osmolarity (0-100mM NaCl). At more normal osmolarity (100-400mM NaCl) there is no difference (normal LB is 170mM NaCl).

Cultures of the osmolarity sensor