The parts we decided to submit to the registry were hasD (BBa_K2795000) and hasE (BBa_K2795001). When expressed in E. coli, these two parts combine with the native TolC transporter to form a Type 1 secretion system in E. coli. These parts were essential for Objective #1 of our project because they allowed us to very flexibly create a secretion system in E. coli. This made it easier for us to engineer the E. coli to degrade PET by secreting PETase and MHETase. We experimentally confirmed that the secretion was successfully working by using a pNP lipase assay that detected PETase and/or MHETase activity in the extracellular environment.

Extracellular protein secretion can be heterologously introduced to E. coli. via the presence of various Secretion Systems. Many such systems for Gram-negative bacteria can be quite complicated, as they must traverse two membranes to link the cytosol to the extracellular space. Type I secretion systems are the simplest of these, consisting of only three components. In particular, the Type I secretion system of Serratia marcescens is even simpler to use in E. coli, since it's native tolC protein complements on of the components. Thus, heterologous expression of HasD and HasE are fully sufficient to promote extracellular secretion of proteins that are fused to a short C-terminal Type I secretion Tag.

This secretion system was used to export the PETase protein. Extracellular PETase activity was measured via a pNP lipase assay. Activity was only seen when PETase was tagged at the C terminus with one of several Type I secretion Tags. In particular the Protease signal and Hemolysin signal were effective. 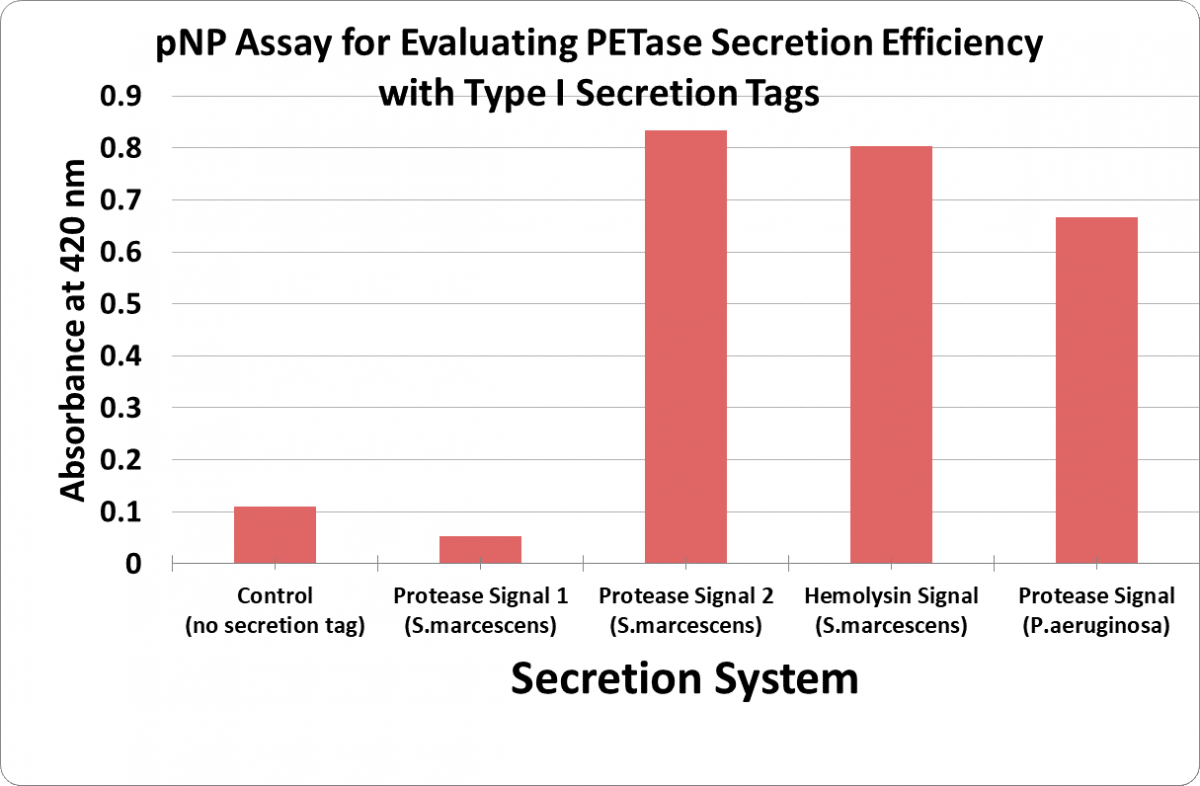