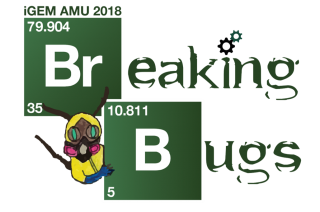 All bed bugs must come to an end ! Our focus this year is fighting bed bugs, invasive pests distributed worldwide, that invade homes and bite humans for their blood. These tiny bugs became harmful from the moment humans made their homes in caves, as the original hosts of bed bugs were bats. Nowadays humans don’t live in caves, but this temporary troglodyte dwelling came with a cost: fighting against an insect addicted to human blood. While their bite usually doesn’t transmit any disease, it still induces serious dermatological and allergic problems.

We aim to find an efficient solution for eradicating bed bugs from infested living spaces. Our strategy consists of two integrated parts: using pheromones as a chemical lure that can attract bed bugs into a trap where they will be contaminated with Beauveria bassiana, a virulent fungus for bed bugs, but safe for humans. As a hard working team, we aimed high this year. We have generated results that met with the bronze, silver and gold medals requirements. We were able to produce a functional endochitinase (Gold medal criterion), metabolic intermediates from the benzaldehyde/benzylalcohol biosynthesis pathway, and the DMTS/DMDS pheromones (Silver medal criterion) . We have successfully modelled the trap (Gold medal criterion) and tested it in infested premises.

Furthermore, we have made collaborations (Silver medal criterion) with the iGEM committee, as well as with private companies. This sets a solid ground for further developments around the project. Last but not least, a nationwide advertisement campaign engaged the public in our adventure. We had a mutual interest: all bed bugs must come to an end.