The goal of the iGEM InterLab Study is to improve the measurement tools available to both the iGEM community and the synthetic biology community as. In the previous studies, we showed that by measuring GFP expression in absolute fluorescence units calibrated against a known concentration of fluorescent molecule, we can greatly reduce the variability in measurements between labs. while measuring a population of cells ,the number of cells in the sample can lead to variability in the results.

So,the aim of the fifth InterLab study is trying to reduce lab-to-lab variability in fluorescence measurements by normalizing to absolute cell count or colony-forming units (CFUs) instead of OD. 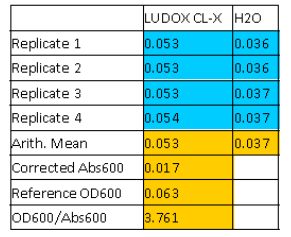 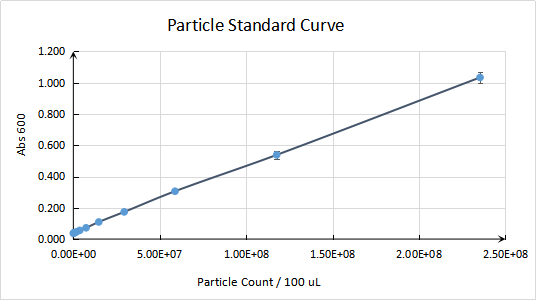 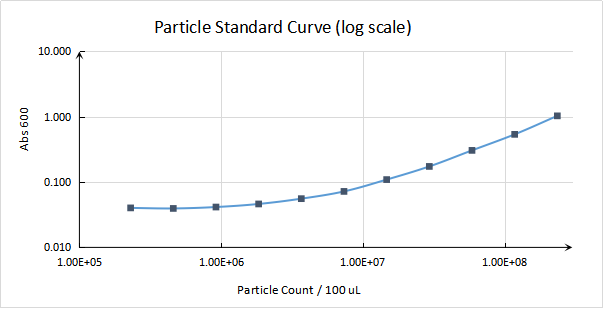 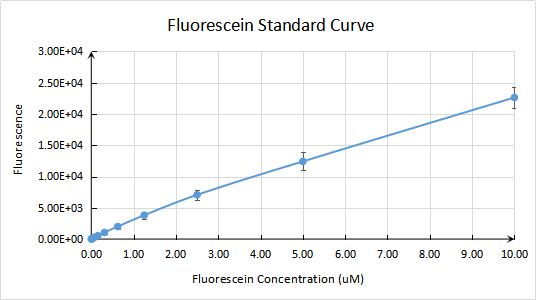 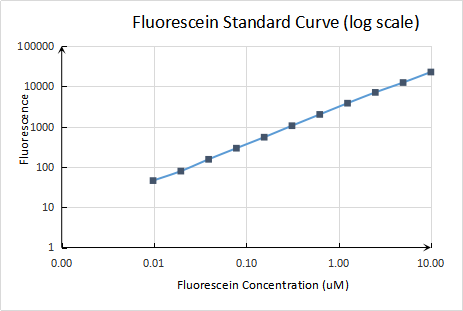 1.Using E. coli K-12 DH5-alpha to do the Cell measurement, detecting the Fluorescence and Abs600.

Here is our experimental data: 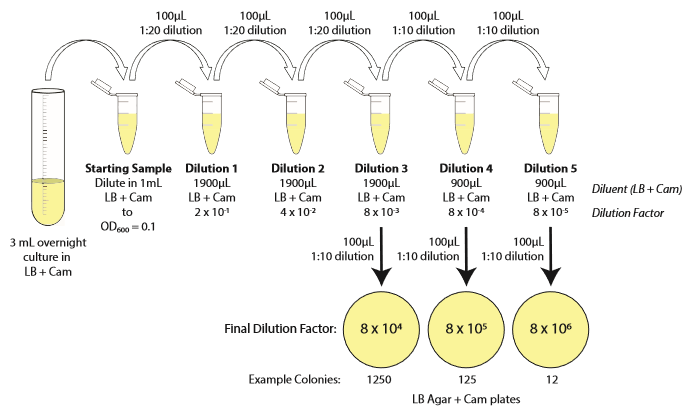 The following is our experimental data. Since we forgot to dilute the solution ten times at the end, only two diluents with concentration gradient are effective. 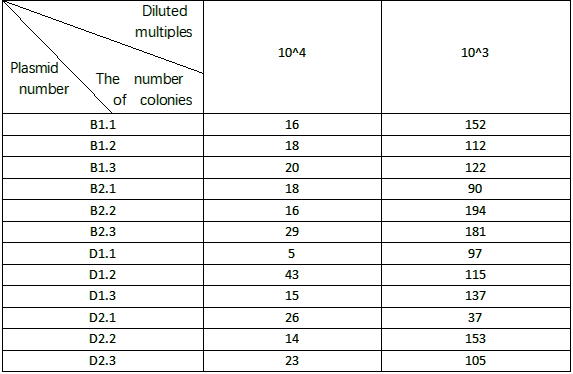 Here are pictures of our E.coli culture: 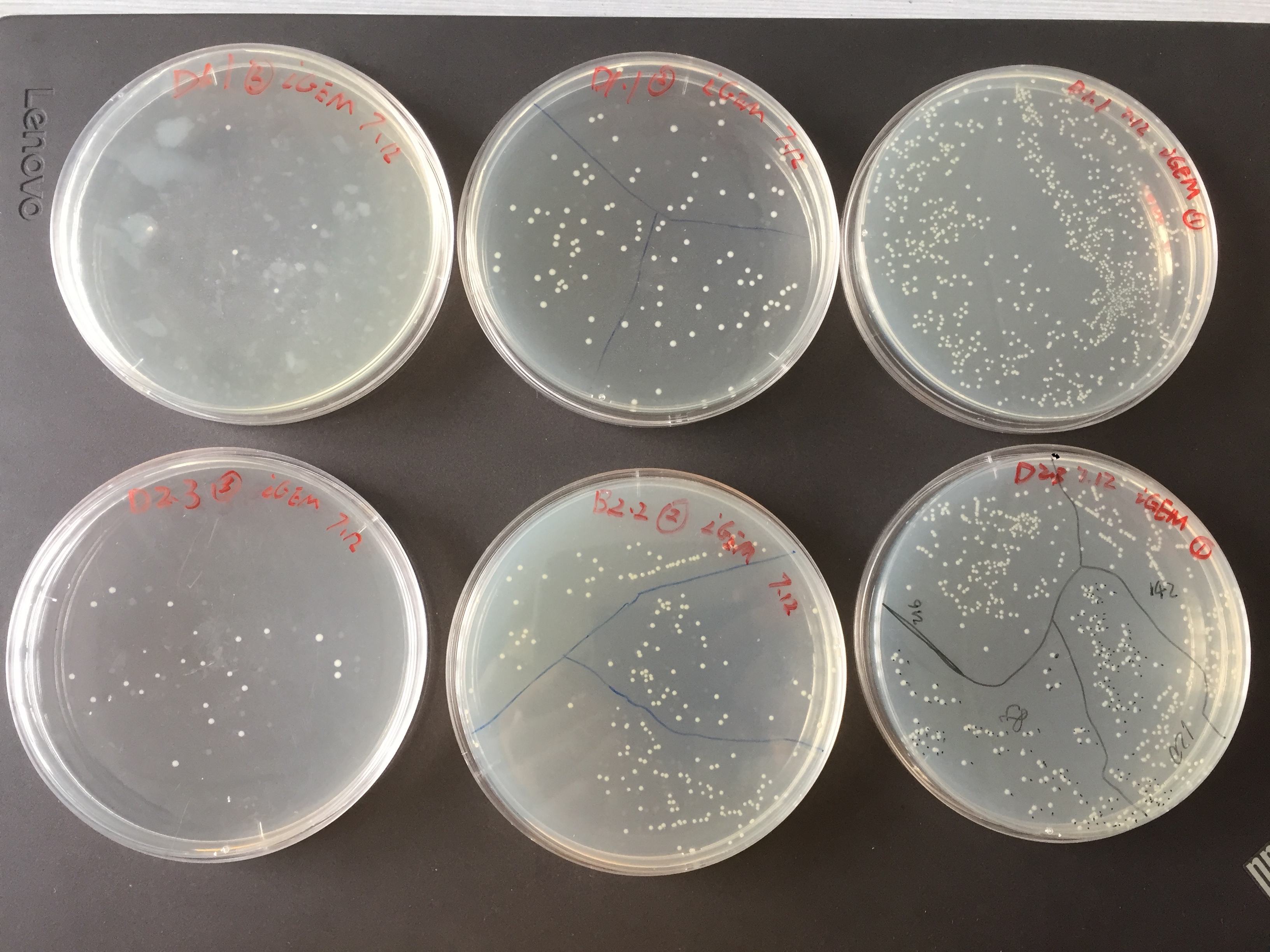 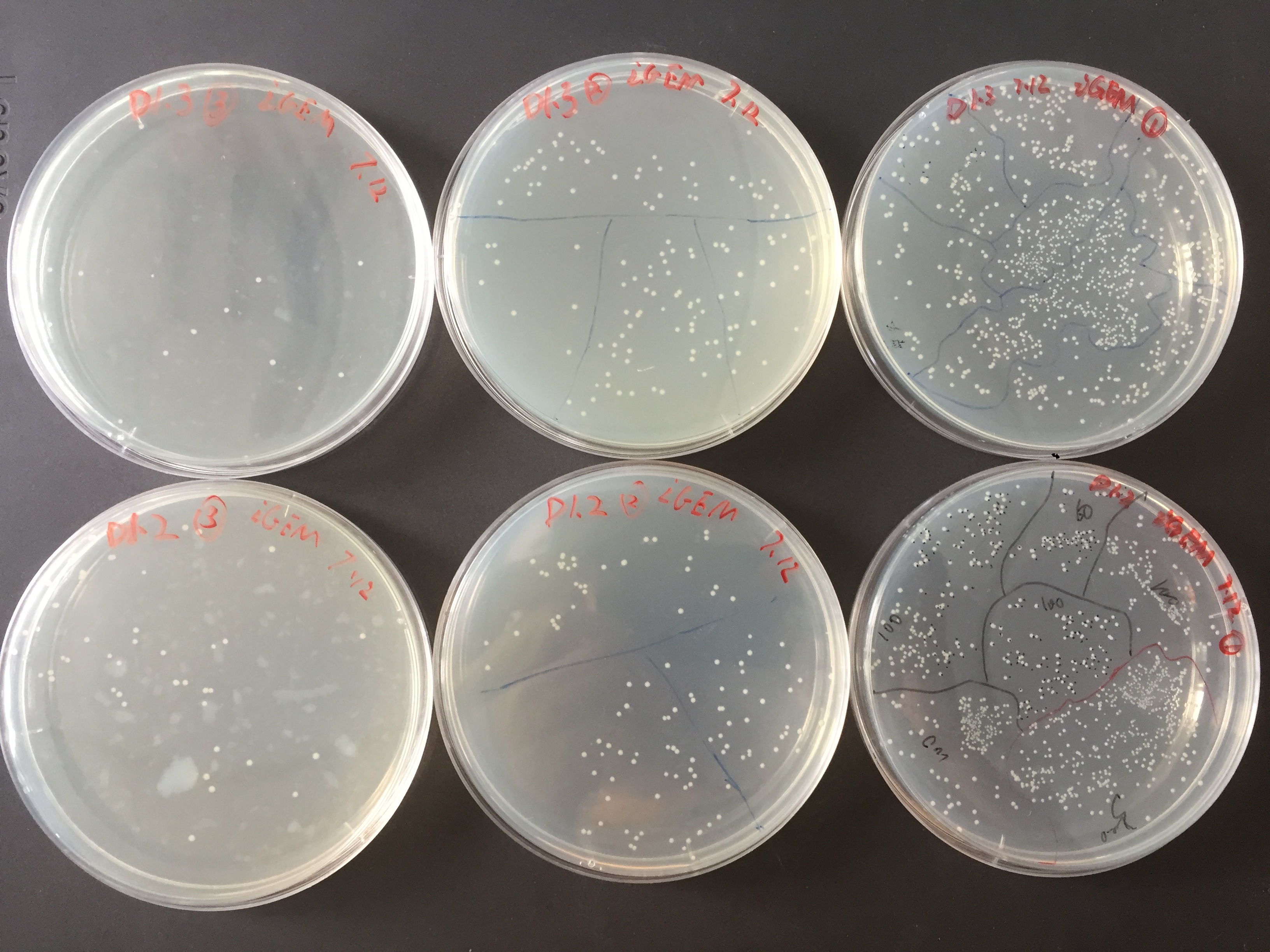 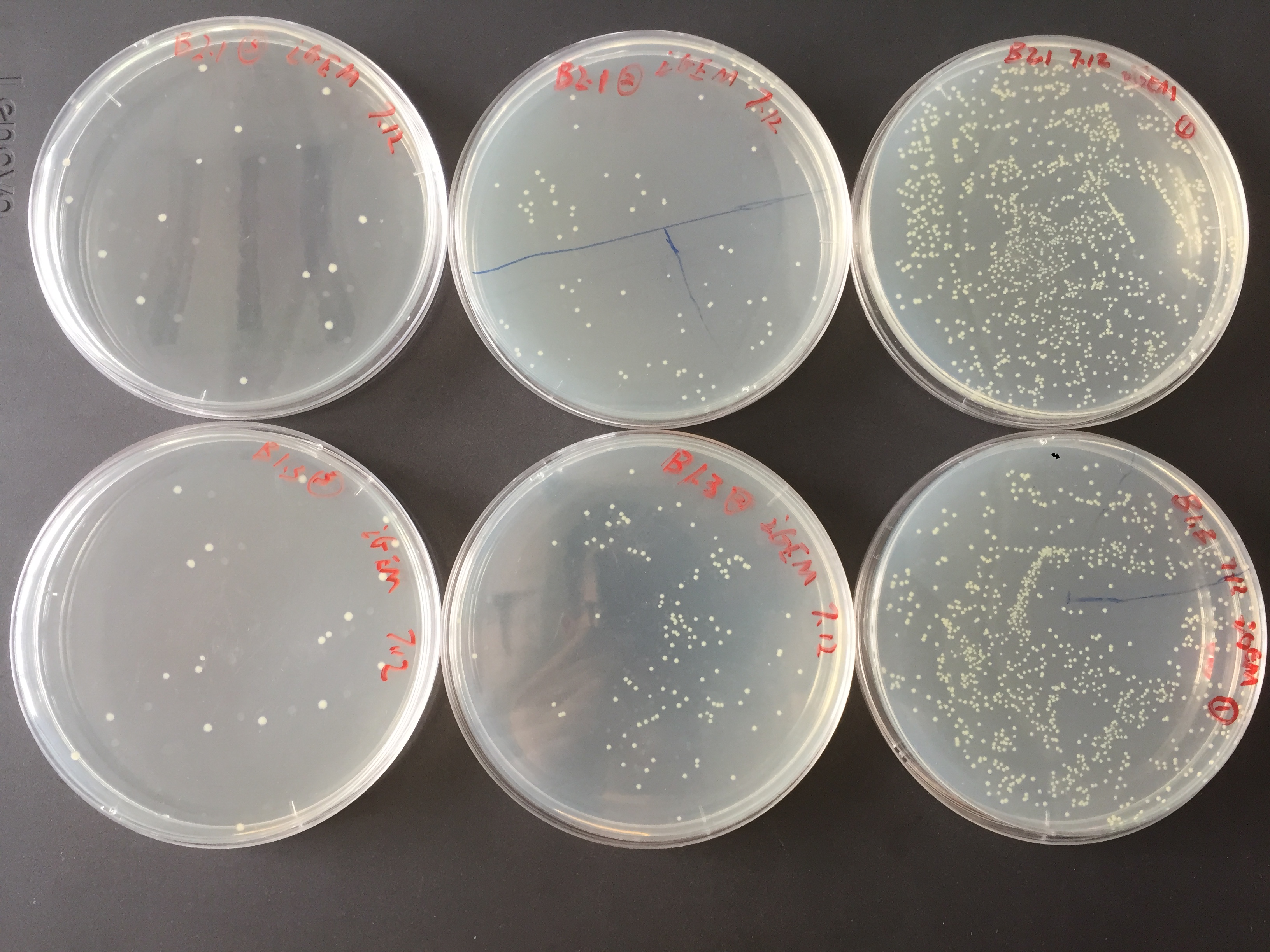 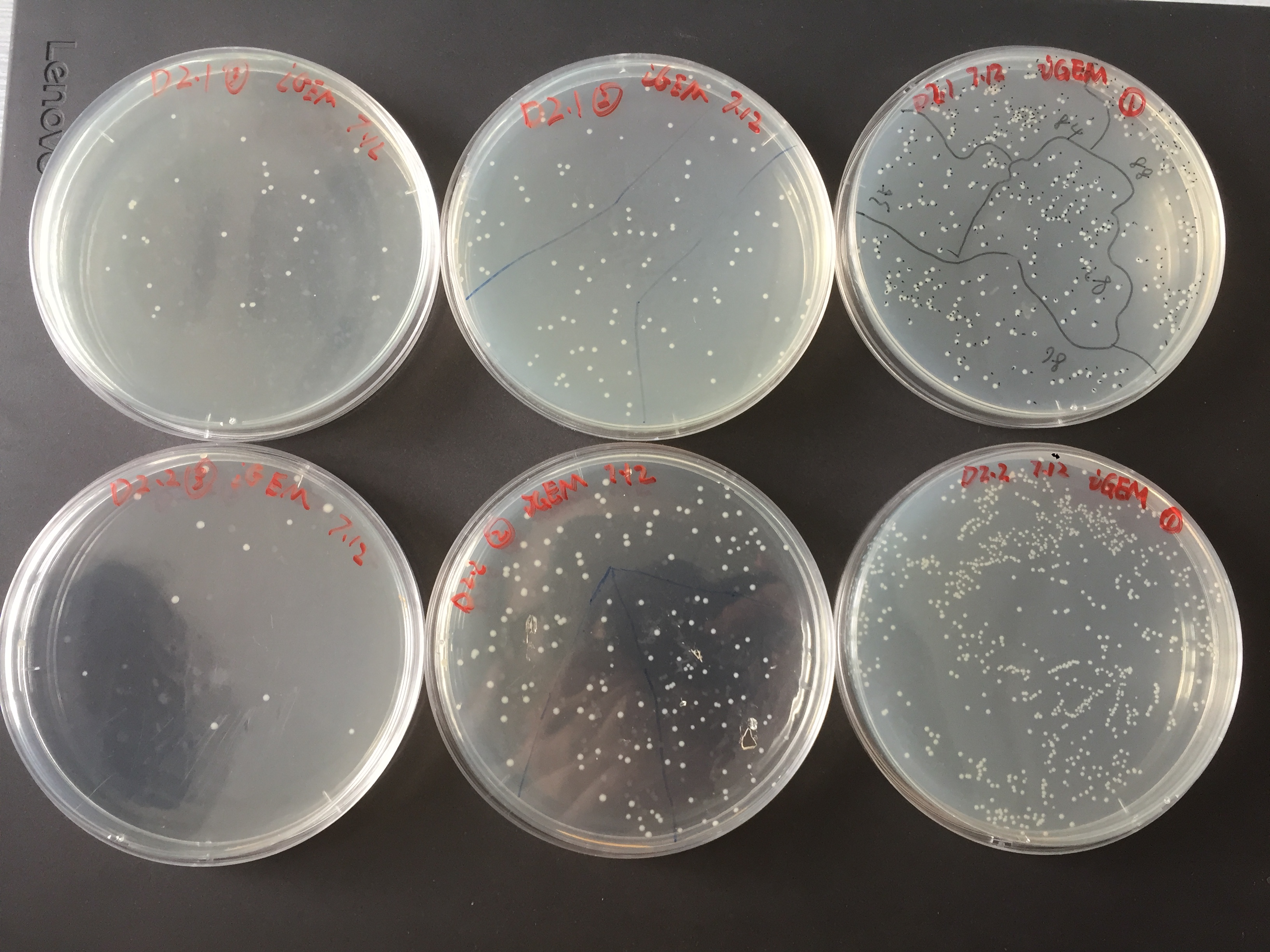 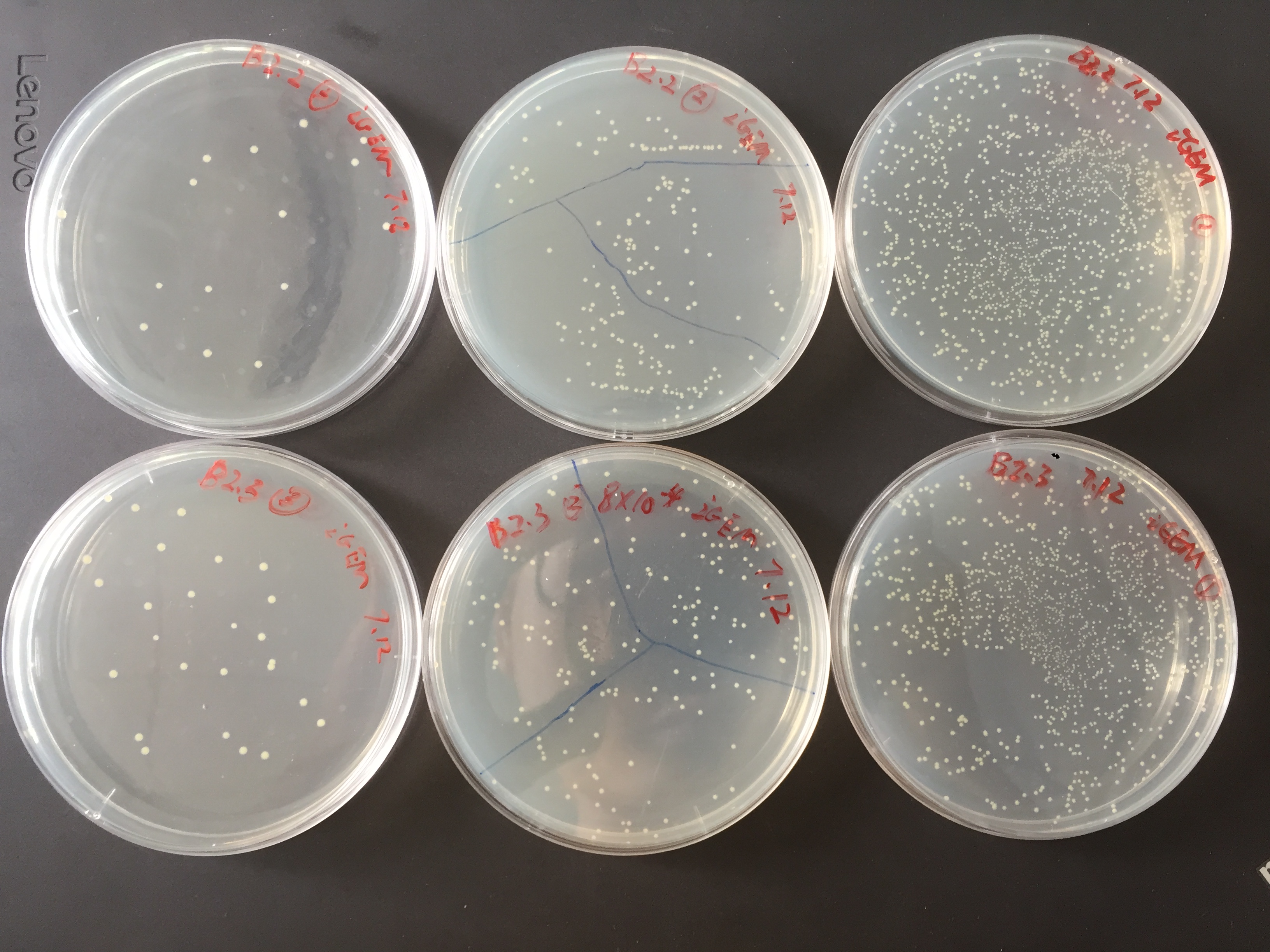 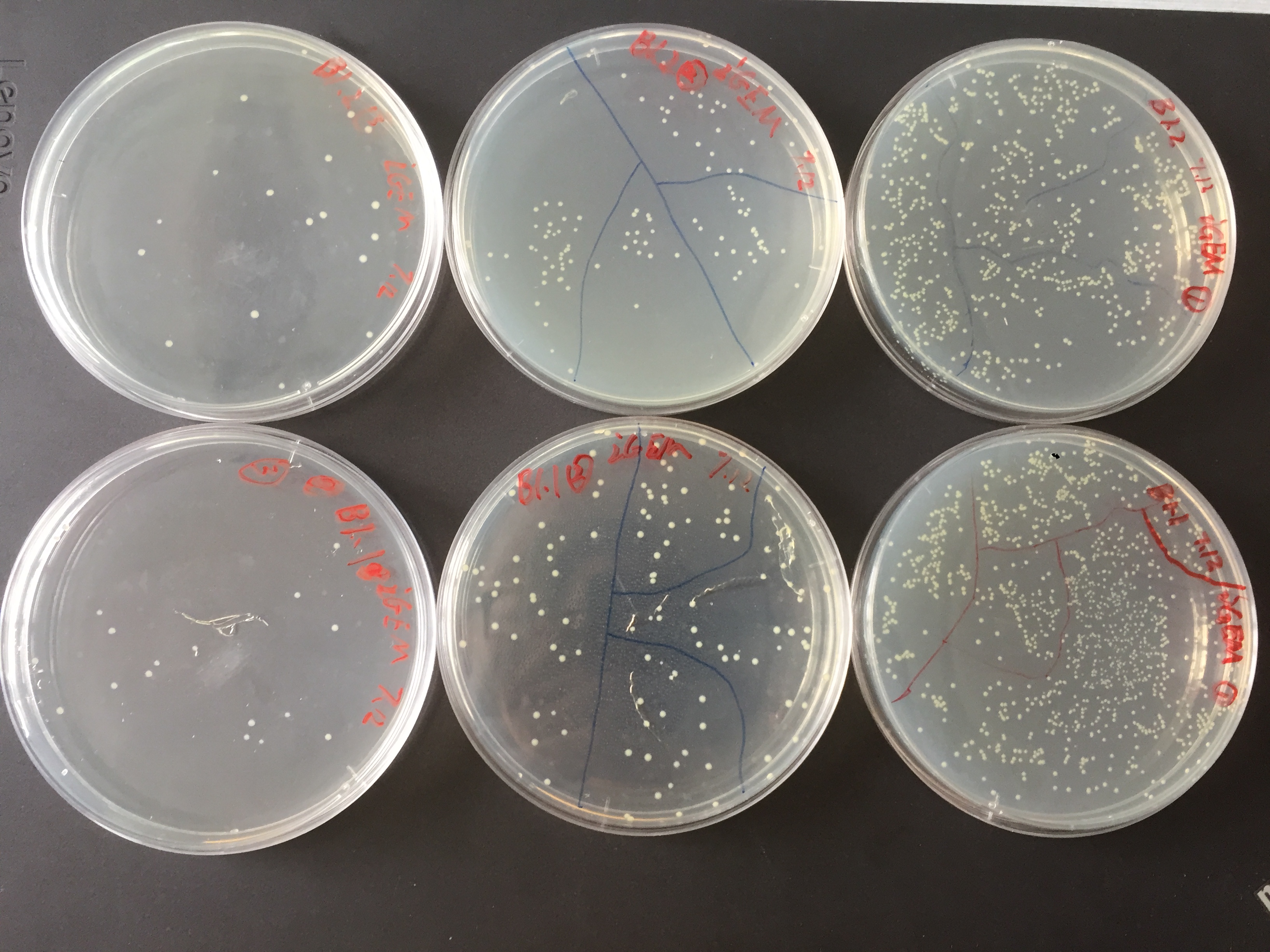 Here are some of our results: 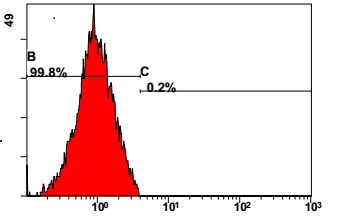 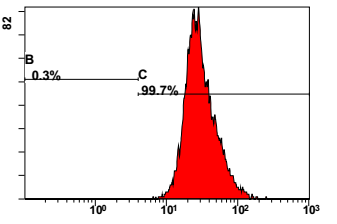 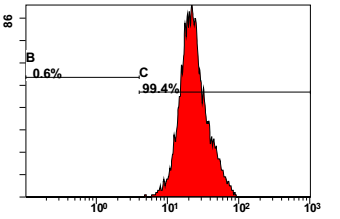 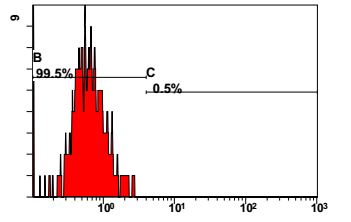 The following is a diagram of the parallel experimental results of the SpheroTech Rainbow calibration beads, and eight peaks can be clearly seen. 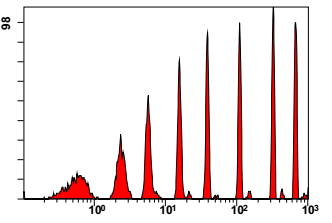