iGEM Stockholm 2018 presents Biotic Blue: our attempt at tackling the problem of antibiotic pollutants in water. 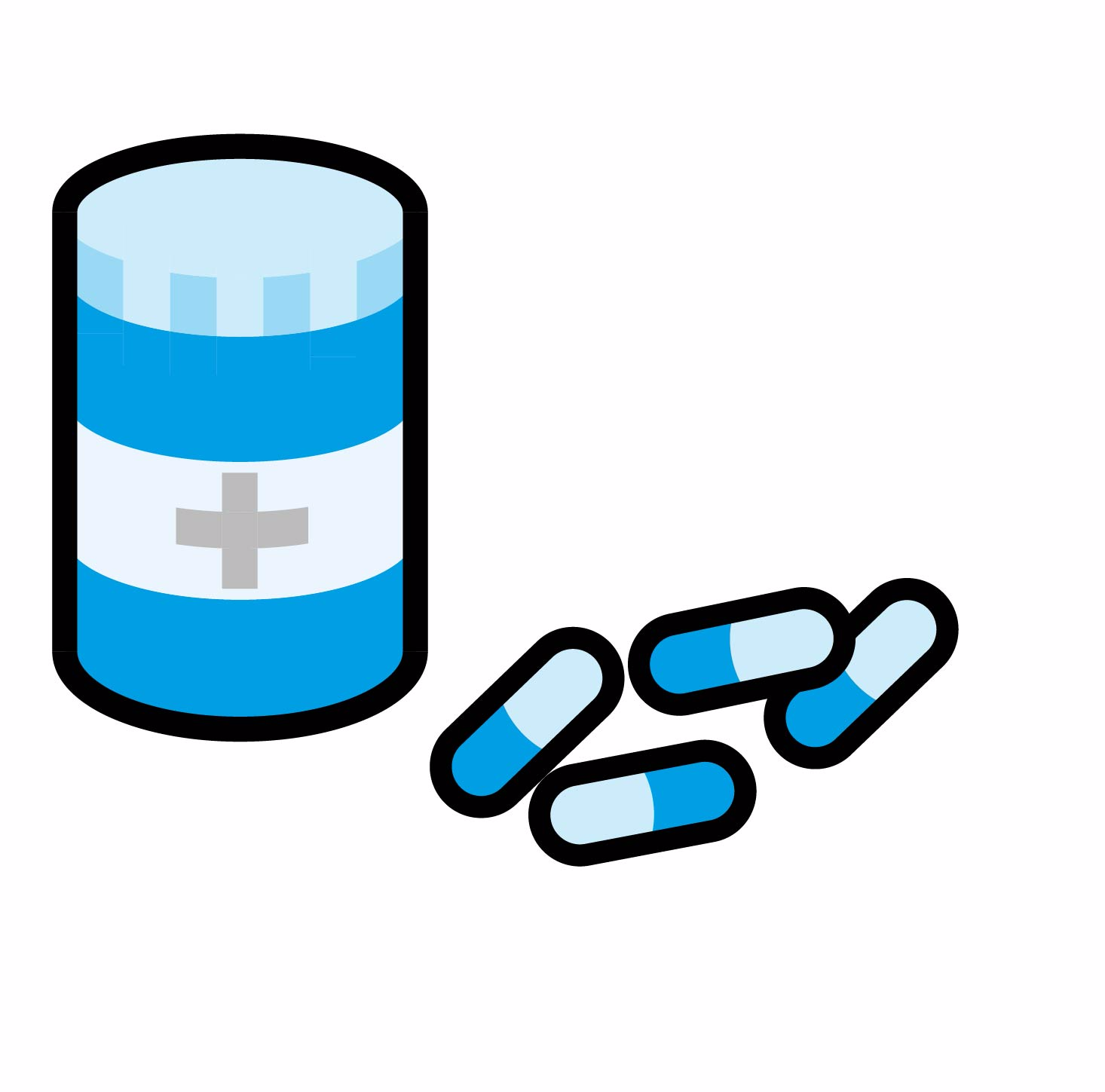 Αntibiotics are powerful medical tools that can be utilized to treat almost any bacterial infection. Immense amounts of pharmaceutical antibiotics are prescribed not only to ensure our safety and health, but also in the livestock industry. Unfortunately, not all antibiotics we consume are degraded by our body. In some cases, up to 70% ends up in our urine and, as a result, in our sewage systems [1],[2].

Since the majority of wastewater treatment plants are not equipped for the removal of these pharmaceuticals, antibiotics ultimately end up in our rivers, lakes and oceans [2],[3]. In the aquatic environment, these alien substances often cause imbalance in the marine ecosystems which can potentially lead to severe consequences, such as the appearance of antibiotic resistant bacteria [4],[5]. Because of its low biodiversity and slow water-exchange rate leading unavoidably to longer retention times, the Baltic Sea ecosystem is particularly sensitive to this adverse pharmaceutical pollution [6]. 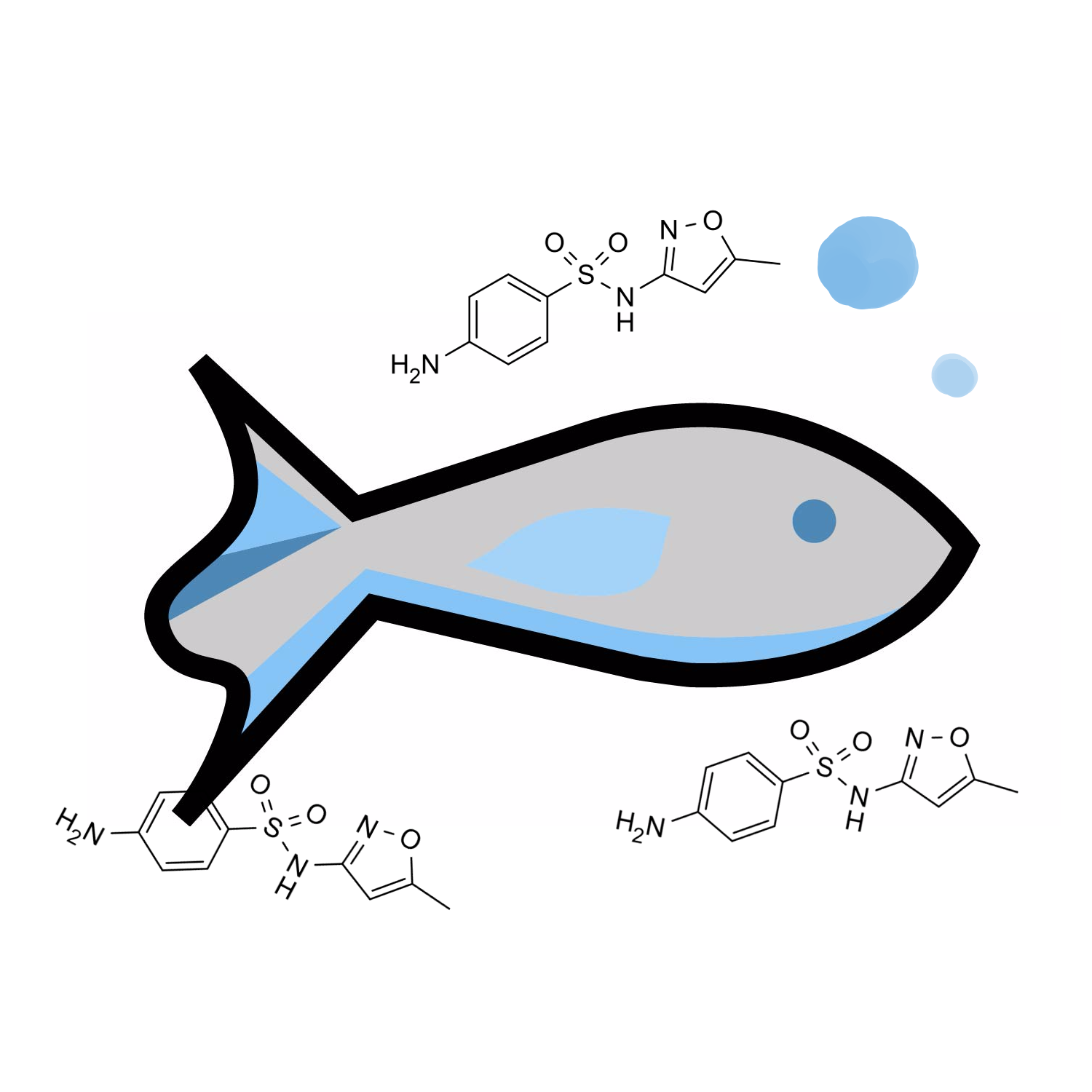 One of the most prevalent antibiotics in the Baltic Sea is sulfamethoxazole (SMX). It has been detected in wastewater streams, sludge, groundwater and surface water. In addition, it has been found in marine biota at the alarming concentrations of >50 µg/kg, implying that it can potentially move up to the food chain [6].

SMX is a bacteriostatic sulfonamide antibiotic used to treat infections and as a prophylactic measure [7]. Despite of its beneficial qualities in fighting off pathogenic bacteria, it also causes severe ecological disturbances, such as changes in microbial communities, algal blooms and disruption of the nitrogen cycle [4],[8]. Moreover, its bioaccumulation may contribute to the development of antibiotic resistance leading in turn to serious consequences in clinical settings [5],[9].

The aforementioned reasons urged Swedish Medical Products Agency in 2015 to take action and include SMX on their list of proposed substances that should be monitored in the environment. In the same year, SMX was also among the candidate pharmaceuticals to be included in the EU’s surface water 'Watch List' [6],[10], demonstrating the urgency of preventing SMX reaching aquatic environments. 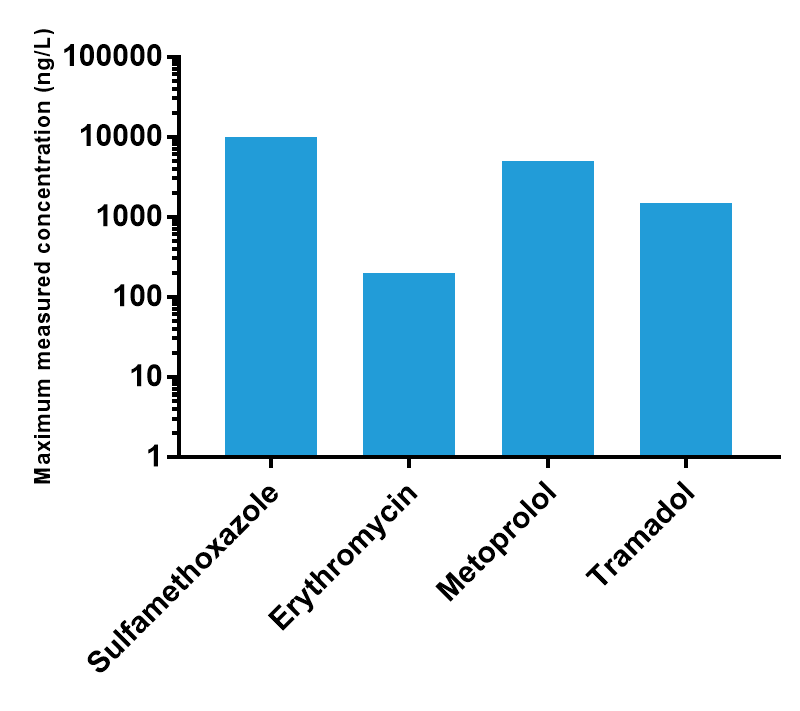 Biotic Blue - The Guardian of the Baltic Sea 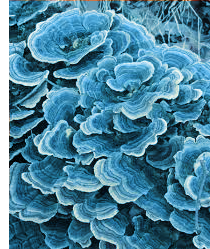 Our mission as iGEM Stockholm 2018 is to inactivate SMX and reduce its ecotoxicity. We created Biotic Blue, a solution based on an enzyme produced by the common fungus Trametes versicolor. To be able to grow on wood, this fungus produces a class of multi-copper oxidases called laccases. Laccases degrade lignin, a building block in wood consisting of phenolic polymers. With their natural affinity for phenolic compounds, laccases have been shown to have an affinity for a wide range of pharmaceuticals with a similar chemical structure, including estrogen hormones, anti-inflammatories, and antibiotics like SMX [11].

While laccases have nearly identical copper-containing active sites, they still exhibit promiscuity in substrate interactions and catalytic rates [12]. Our team has chosen to utilize this defining characteristic of laccases to target SMX. By employing laccase to transform SMX into a less ecotoxic product and immobilizing the enzyme on magnetic beads, we created an innovative technology that is reusable and can easily be implemented as part of the wastewater treatment process. All this together led to our design of a physical prototype. 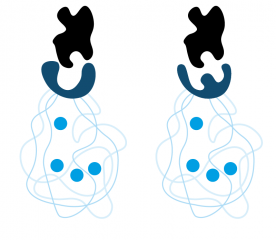 With the help of super-computational power, we also characterized the reaction mechanisms of our laccase at a level of detail not previously published, using Molecular Dynamics, QM and QM/MM simulations. These simulations provided a unique insight into the key interactions between SMX and the laccase. By exploring our model further, we found mutations that would increase the enzyme’s affinity for SMX, as well as the degradation rate. With this approach of rational enzyme design, we aimed to improve our enzyme and create a super-enzyme that transforms SMX with high efficiency.


This is how Biotic Blue was born!