SELEX: Systematic Evolution of Ligands via Exponential Selection is the process of identifying specific aptamers.

To select a binding aptamer, you don't look for epitopes. It simplifies the process as you don't need to design a determined structure, but to reduce little by little an already binding population.

The SELEX screening process starts with a random library of nucleotide oligomers of a fixed size with known sequences in each end (for further amplification by PCR). Then the library is incubated with the target molecule. A number of this random sequences will bind to the target and the unbound sequences will be discarded.

The bound sequences are now separated from the target molecule (elution step) and amplified to create a new library.

With every round, more and more oligonucleotides with low binding-affinity for our protein of interest will be discarded leaving only strong binding aptamers at the end: 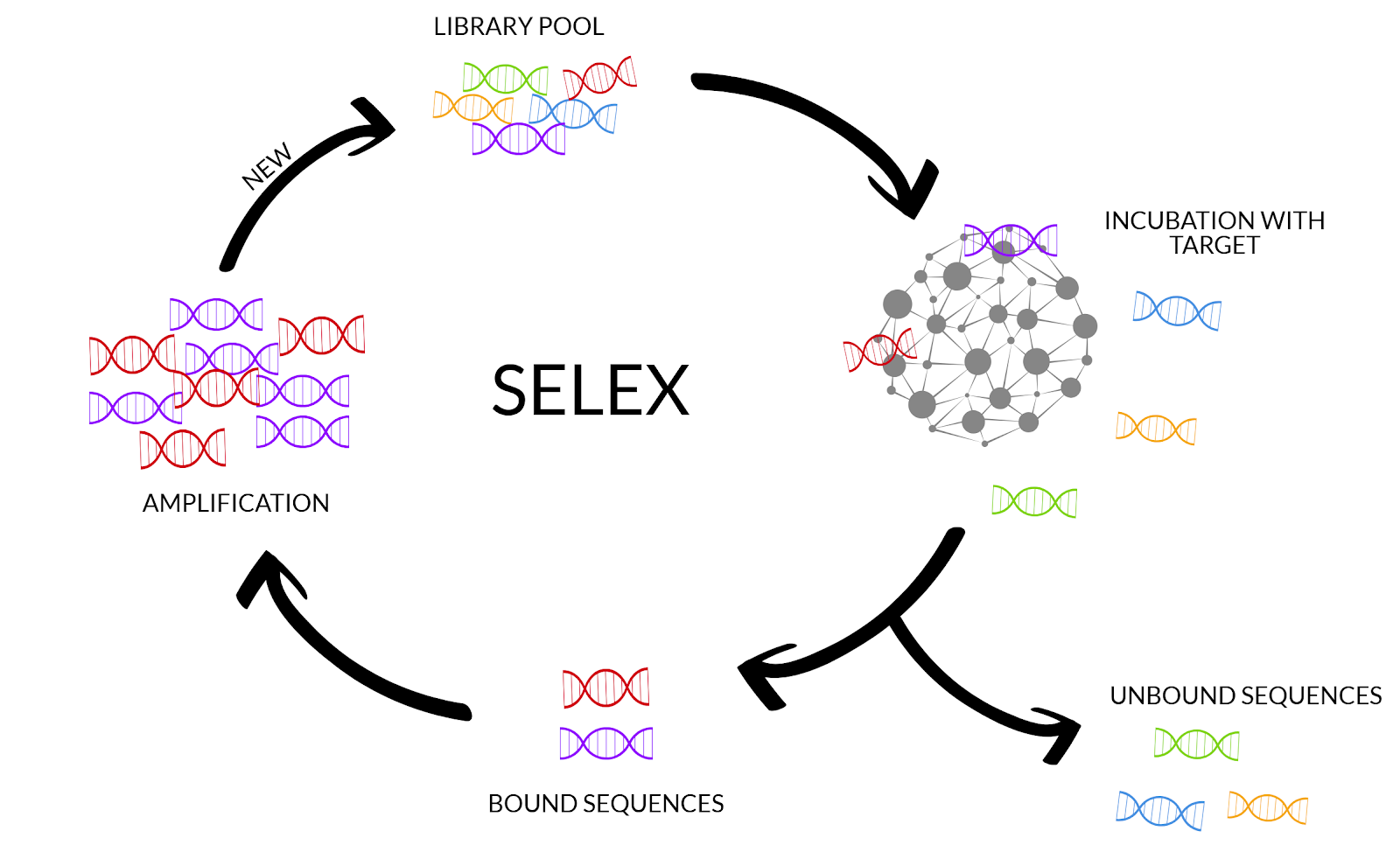 This process used to imply a high amount of time, money and expertise to be performed correctly. This is why it has been so difficult to earlier iGEM teams to work with aptamers, or why they skip the aptamer developing process and work only with already discovered aptamers.

For the first time in iGEM we present a successful, affordable, and fast SELEX process. You could see the details on how to perform it in our protocol page:

We hope that with this approach, in recent years, we will see the aptamers registry page getting larger and larger.

To separate the bound sequences from the unbound ones, we decided to use a nitrocellulose membrane.

Nitrocellulose membranes can bind protein through hydrophobic interactions, so when applying the incubated library pool with the target protein to the membrane and forced the liquid to pass through it, the protein will stay in the membrane as well as the bound sequences.

The pore size was chosen after folding the aptamers and testing both 0,22 um and 0.45 um pore size. After analyzing the results we conclude that the 0.22 um pore was too small and the aptamers were being trapped because of their size and not by unspecific interactions.

The other improvement and the most relevant one was the column system we designed and 3D printed to conduct our experiment. Its design was calculated to fit in a 1.5 ml Eppendorf tube, allowing us not only to lose as little as possible flow-through in each experiment ( take into account that the volumes we use are in a microlitre scale) but also to save material.

Another change we introduced with our columns, was to use a centrifuge instead than a vacuum bomb, to force the liquid to pass through the membrane. A centrifuge is almost an essential item in a laboratory and extremely easy to use, so in the end, we simplified the protocol.

You can download the columns stl files from our github repository and see further instructions on how to print it, pre-treat it and mount it at our protocol page:

Initially, we tested two different kinds of material: PLA ( the most commonly used when 3D printing) and PTEG. Our first choice was the PLA, however, when using the columns made with PLA, we observed a bit of contamination in the nanodrop curve around 260 nm. With the PTEG material, the curve showed no contamination whatsoever. 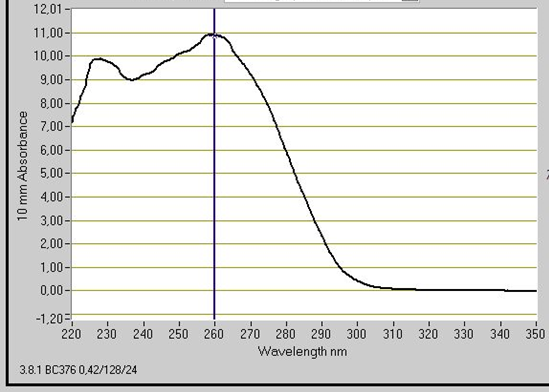 Figure 1. Nanodrop measure of the library pool after passing through a PLA column. 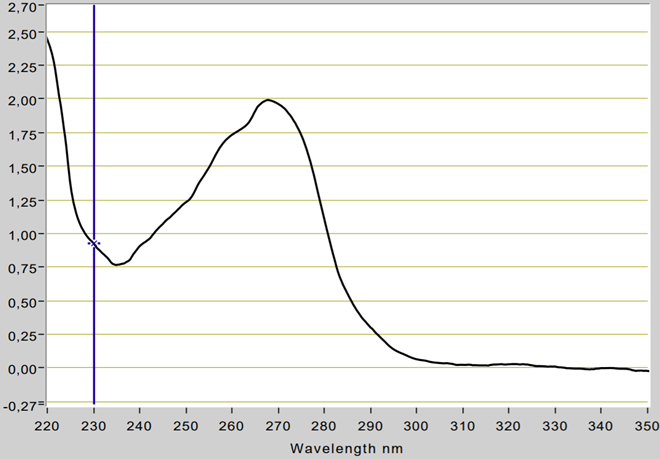 Figure 2. Nanodrop measure of the library pool after passing through a PTEG column.

We tested the detection limit of the ponceau dye to visualize the protein on the nitrocellulose membrane, which was 25 ug. This little experiment was done to allow us to see, during the SELEX rounds, if the protein was being correctly binding to the membrane:

Figure 3. The first lane is the nitrocellulose membranes the protein dilution has gone through. The second lane corresponds with the flowthrough from the first lane.

From that point on, the ratio between the aptamer/protein was 1:1. The recommended one is 1: 10, protein/aptamer, so there is competence for the binding sites and only the sequences with the best affinity are selected.

Using our ratio means that further rounds of selection will be needed in order to achieve the same range of affinity than other SELEX experiments that use less protein.

We started the SELEX by dismissing the sequences that bind unspecifically to the system itself. We fold the aptamers and forced them to pass through the membrane and keep the flow-through.

In each round, we repeated this process before incubating the aptamer with the target protein and notice that the amplified libraries were not trapped in the membrane when they were isolated, only after incubation with the protein:

After the incubation, we forced the mix through the membrane again but this time keeping the membrane. Because of the amount of protein that we used in each round, as it is shown in figure 1, not all the protein was being trapped by the membrane and in all the measurements done by the nanodrop the curves from the protein concentration and DNA concentration overlapped, making impossible to measure the flow-through.

During the consecutive rounds, the number of cycles to amplify by PCR were reduced from 30 to 10:

- Second round of selection: 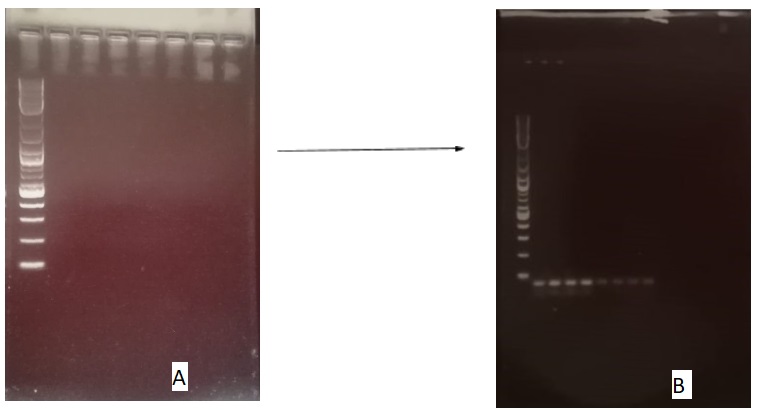 - Fourth round of selection: 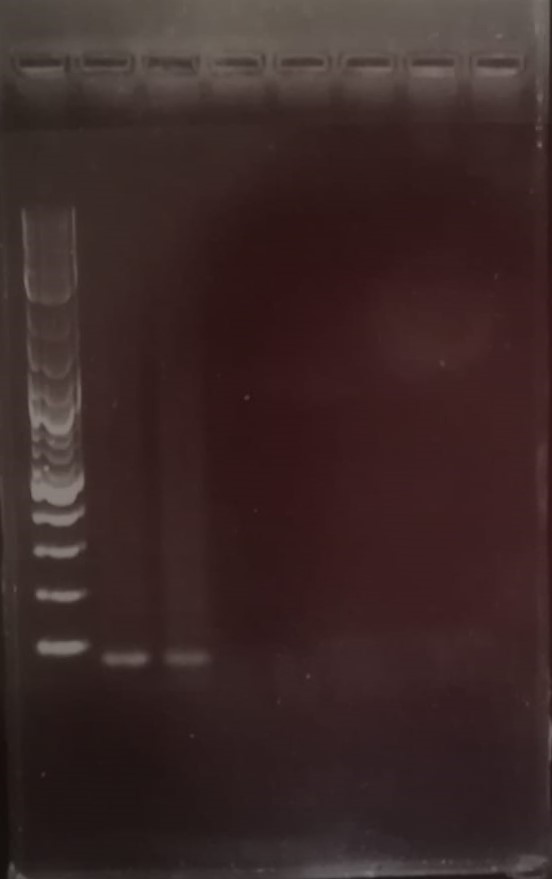 We started the SELEX protocol as we did with BSA, with the exception that we followed the 1:10 ratio of aptamer/protein proportion, so for this experiment, we used 2 ug of protein for each round.

We had problems with the amplification of the rounds of selection so instead of checking the proper number of amplification cycles, we fixed 50 cycles. We eventually could manage to see enough DNA in the agarose gel, but the number of cycles boosted the creation of concatamers. Concatamers are long continuous DNA molecules that contain multiples copies of the same DNA sequences linked in series.

Not only were clearly seen in the agarose gels. The amount of DNA that was being trapped in the membrane before the incubation with the target protein increased too. 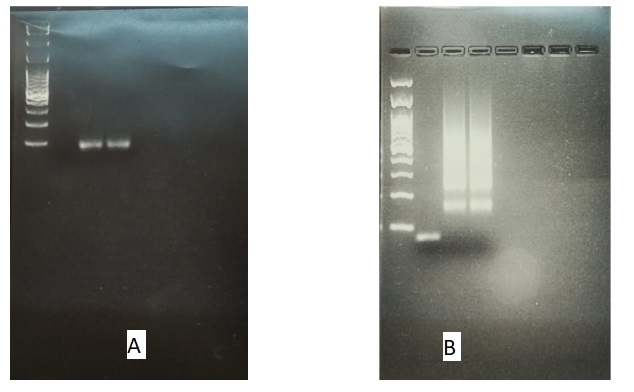 Table 2. Nmol of aptamers trapped in the membrane and the % of sequences retain by unspecifically interactions for each round of Selex with Ole-E1 protein.

Thanks to the guidance of Victor González, we reduced the number of concatamers by amplifying different small volumes of template: 1, 2,4 and 5 µl to see which one was the best option.

Even though we managed to mostly get rid of them, we ended purificating the band directly from the gel at the 6th round.

At the end we finish for each protein:

The real-time PCR can show the evolution and enrichment of your selection process. When the amount of different sequences is very high, like in the initial population, the fluorescence curve starts to grow and reaches a peak before decreasing.

As the SELEX is performed, the number of different sequences are drastically reduced, therefore the amplification can be done as usual and the characteristic sigmoid curve finally appears. 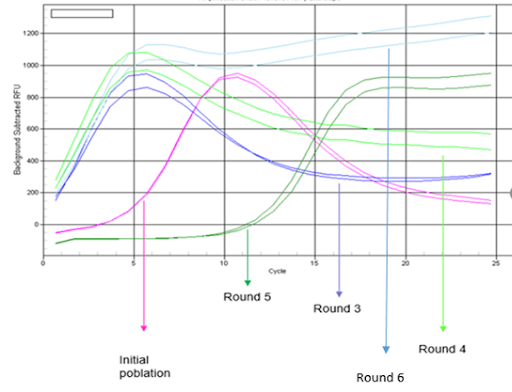 Figure 5: Representation the cycles of amplification against the RFU emitted.

We have used the qPCR to check the selection and the number of remaining sequences. It has improved the work of the UBonn iGEM team characterization. They use next-generation sequencing to see the number of sequences and their representation. Our technique enables us to extract the same data but without waiting a month to get the results, so we can frequently check our selection.