On this page, you will see the figures of our experimental results. We used the Hitachi F-2500 Flourescence Spectrophotometer and the Leica DMi8 inverted microscope to detect Fluorescent proteins and used the Thermoscientific Luminoskan Microplate Reader to detect Luciferases. Through a series of experiments, we obtained a large amount of experimental data, and obtained the oscillation curves through data processing. The experimental results show that our reconstructed KaiABC system runs successfully.

1. Experiments using the interaction of KaiC and SasA, and between KaiC and CikA

Specifically, for instance, the sample named as (pABaC+pCiRbS+p1F)-(pCiRbS+p1F) means that the data is derived from the results of subtracting corresponding strains as control group containing two plasmids, pCiRbS and p1F, from strains as experimental group containing three kinds of plasmids, pABaC, pCiRbS (to reconstruct KaiABC system) and p1F (to report). The same is true for others. 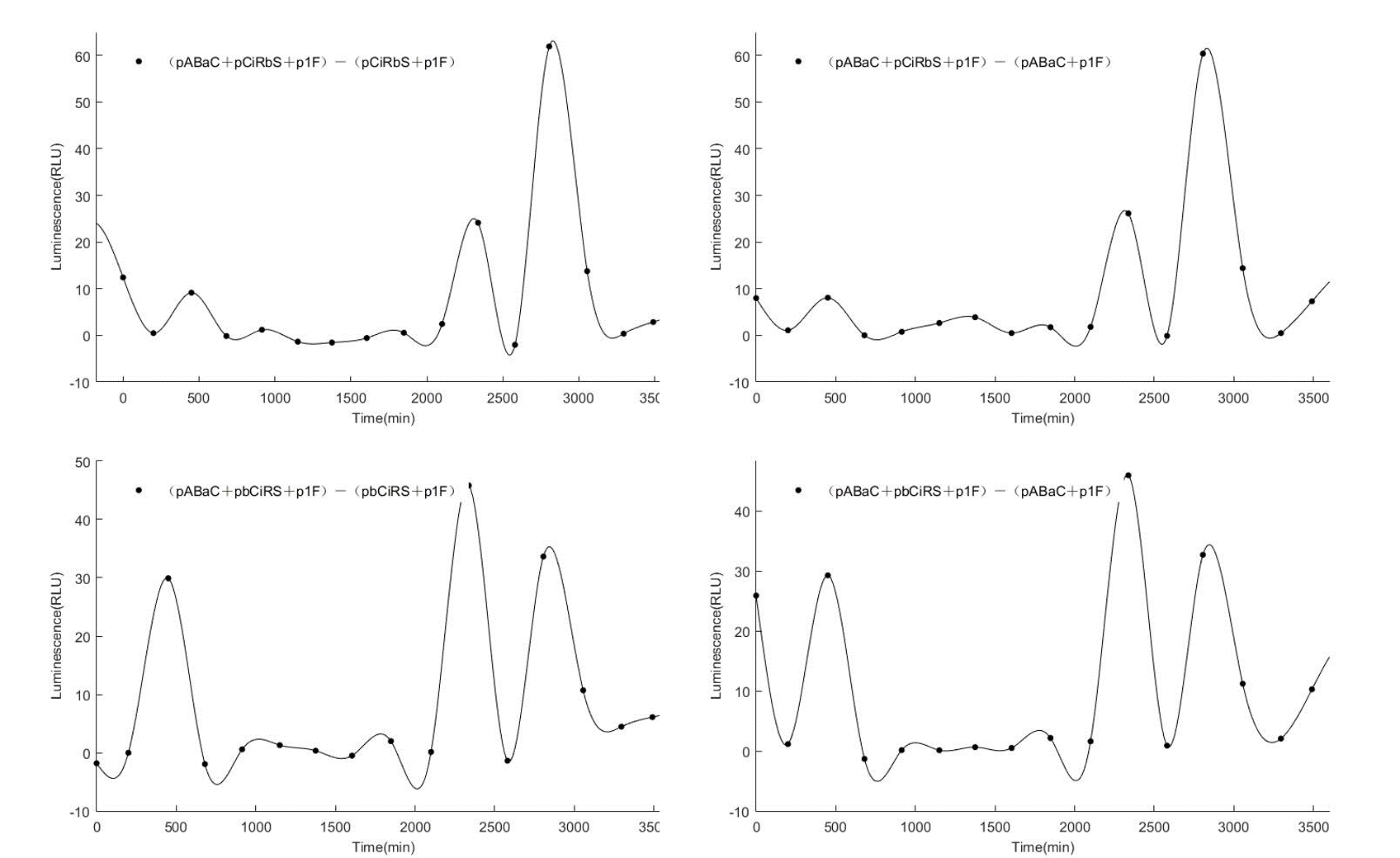 Figure1. interaction of KaiC and SasA or KaiC and CikaA with p1F

1. In the measured 3500 min, the oscillations in 700-2000 min are extremely unstable and nearly absent, while the oscillations for the rest of the time are relatively stable.
2. The cycle is about 500min (about 8.3h).
3. The amplitude changes greatly, and there is no fixed value. In comparison, the yeast cell strain containing pbCiRS has a slightly smaller amplitude change than the strain containing pCiRbS. 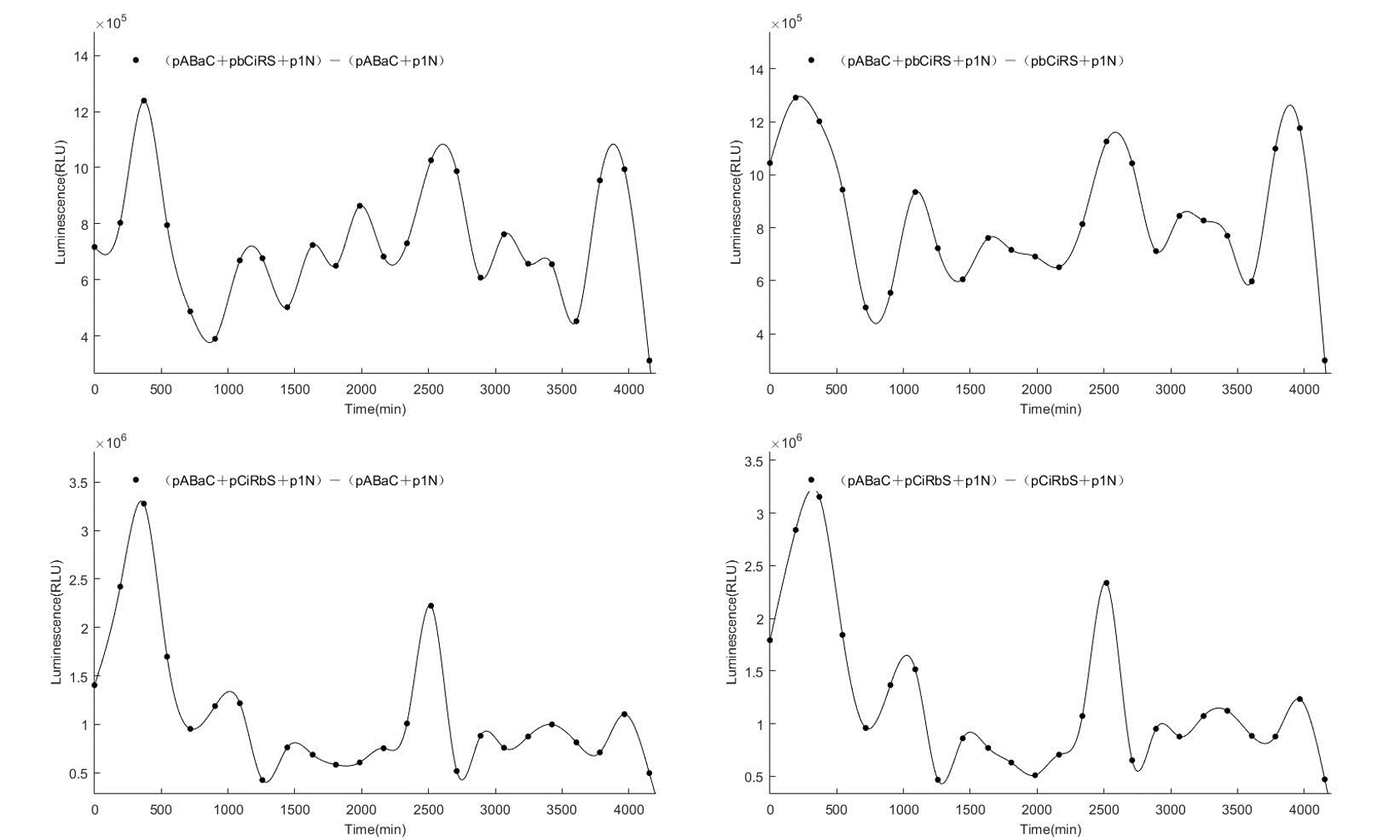 Figure2. interaction of KaiC and SasA/CikaA with p1N 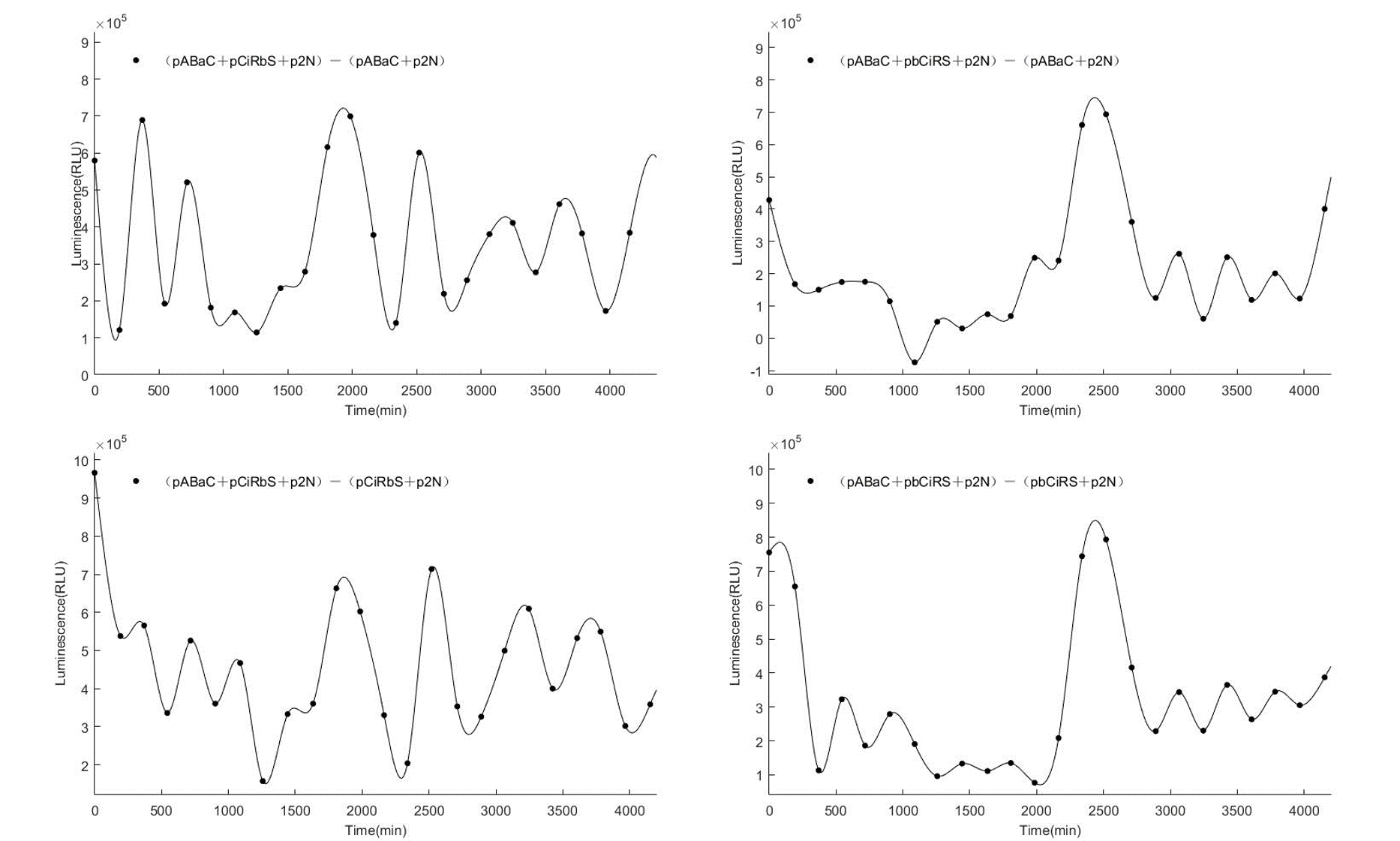 2. Experiment using the interaction between KaiC and KaiB 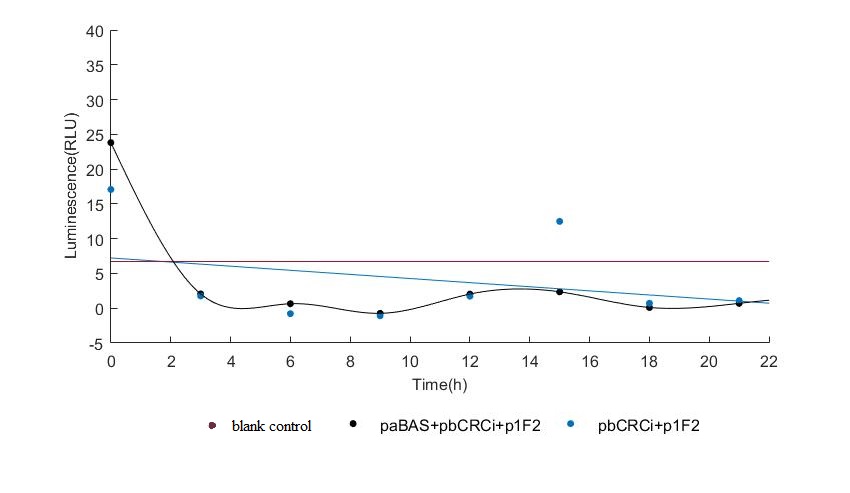 1.There was no significant difference between the experimental group and the control group, indicating that the reporter gene was not stably expressed and the oscillation system was not successfully reconstructed.

Analysis of results based on experiments

1. Experiments using the interaction of KaiC and SasA, or KaiC and CikA

(2)In the comparison of the two kind promoters, the periods of oscillation of the yeast cell strains containing the Gal1 promoter are more stable than those controlled by Gal2 promoter. Possible causes are analyzed as follows:
● The two-hybrid system has different start-up efficiencies for the two Gal promoters, resulting in periodic fluctuations in oscillation.

(3)The resulting oscillation periods in our experiment are much less than the 24 hours of cyanobacterial oscillation as we expected before. Possible causes are analyzed as follows:
● The system we constructed in yeast cells is different from the oscillating system in cyanobacteria, resulting in the variation of proteins expression ratio and expression level. More specifically, the concentration ratio of these three core proteins, KaiA, KaiB and KaiC, is 1:1:4 (by weight) according to previous studies, but what strength ratio of constitutive promoters we have respectively used in the three cassettes of KaiA, KaiB and KaiC, is about 1:1.4:1(by amount of substance).
● The physicochemical environment in yeast cells differs from that in cyanobacteria, affecting the physiological function of KaiC protein, thus the period of oscillation changes.
● The fusion of KaiC and AD affects the original structure and function of KaiC, which may affect the oscillation period.
● The KaiC gene might be mutated during the process of reconstituting the KaiABC system, resulting in the formation of a mutant of the KaiC protein, thereby affecting the oscillation cycle.
● Due to the diversity of the redox environment and the metabolic pathway inside the cells, the content and change trend of ATP in yeast are different from those in cyanobacteria, which affects the oscillation period.

(4)The period and amplitude of our oscillating system are unstable, especially the amplitude.Possible causes are analyzed as follows:
● For one thing, no TTFL(transcriptional/translational feedback loop) is introduced when reconstituting the oscillating system in yeast, for another the environment of yeast oscillation is also different from the stable condition in vitro. As a result, the proteins in living cells are continuously degraded and formed, thus the content and proportion of KaiA, KaiB and KaiC proteins change with the variation of cell state, resulting in its’ oscillation period and amplitude change.
● The effect of protein content and ratio on the amplitude of the oscillation is greater than the effect on the period, so the amplitude change is more significant in this experiment.

2. Experiment using the interaction between KaiC and KaiB

The reporter gene of the strain containing the paBAS, pbCRCi and p1F was not successfully activated. Possible causes are analyzed as follows:
● KaiB needs to undergo an allosteric process before binding to KaiC. The construction of the fusion protein may affect the variant of KaiB, which affects the binding of KaiB to KaiC, resulting in failure of the downstream promoter.[7]

Analysis of results based on modeling

We propose some assumptions in combination with the model based on our experimental results (If you want to see detailed modeling information, click on the modeling page.)

[4]Terauchi Kazuki, Kitayama Yohko, Nishiwaki Taeko. ATPase activity of KaiC determines the basic timing for circadian clock of cyanobacteria. PROCEEDINGS OF THE NATIONAL ACADEMY OF SCIENCES OF THE UNITED STATES OF AMERICA, 16377-16381 (2001)