Although iGEM is officially labelled as a competition, this term does not fully portray the spirit of the event. Besides the integral research aspect of the event, another key characteristic of iGEM is its incredibly connective nature.

In that regard, teams from around the world get into contact with one another, for a multitude of reasons; to improve on their own projects, to exchange knowledge and scientific advice, to get to know each other personally, or even to join forces to create exciting projects together. 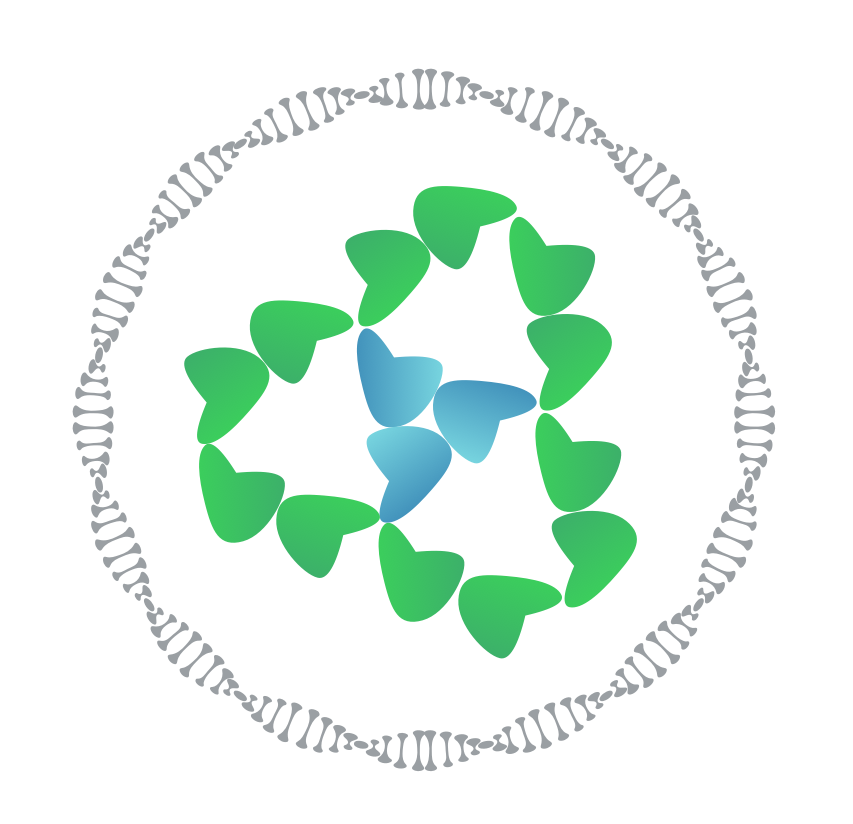 Our team for example has created an educational animation movie, which was published on YouTube, and is accessible to everybody. Our movie comprehensively illustrates the idea behind our project and introduce the viewers to the basic biological concept of biocatalysis via enzymes. The video is primarily targeted towards a broad audience, especially including viewers without academic background in life sciences. Through a playful and vibrant animation style, the video aims to convey scientific knowledge in an easy-to-approach way, with the ultimate goal to excite the viewers interest for scientific topics in general. We believe that the internet poses an extremely good medium for scientific education. To ensure that everybody interested can enjoy our movie regardless of their linguistic background, we have collaborated with a variety of other teams, who generously provided us with subtitles in their respective mother tongues. On this notice, we want to wholeheartedly thank the iGEM Teams of Düsseldorf (Italian), Graz (Austrian), Hamm-Lippstadt (Viatnamese) and Athens (Greek) for their great support. 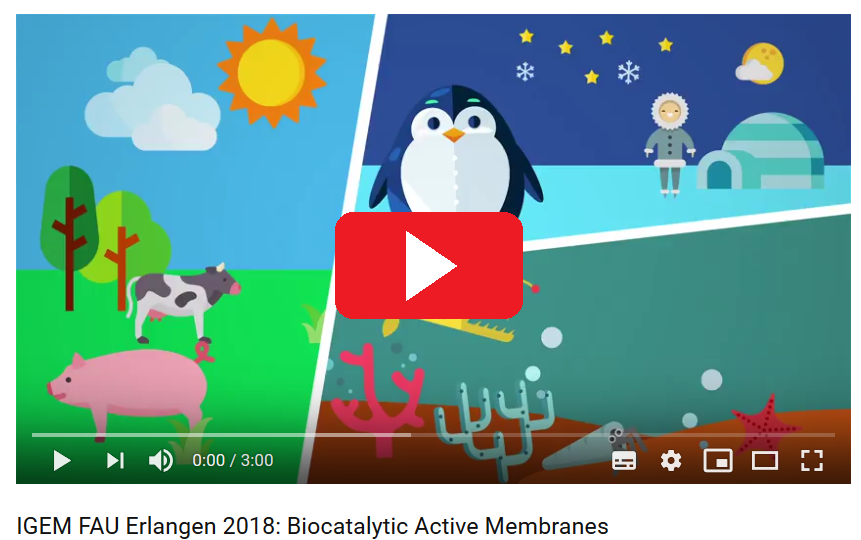 In this matter, we provided german subtitles for their video project about synthetic biology in general. Thank you for your collaboration!

We also collaborated with the iGEM Team of Bielefeld. For this, Verena got in contact with Bielefeld, which provided her with informational material and a presentation explaining the concept of dual use in science, so she could teach us with a presentation in our meetings. Thereby we learned a lot about the issues of biosecurity and dual use. We want to thank iGEM Bielefeld for their truly enlightening work, the provided insights will surely influence our view on the responsible handling of research. 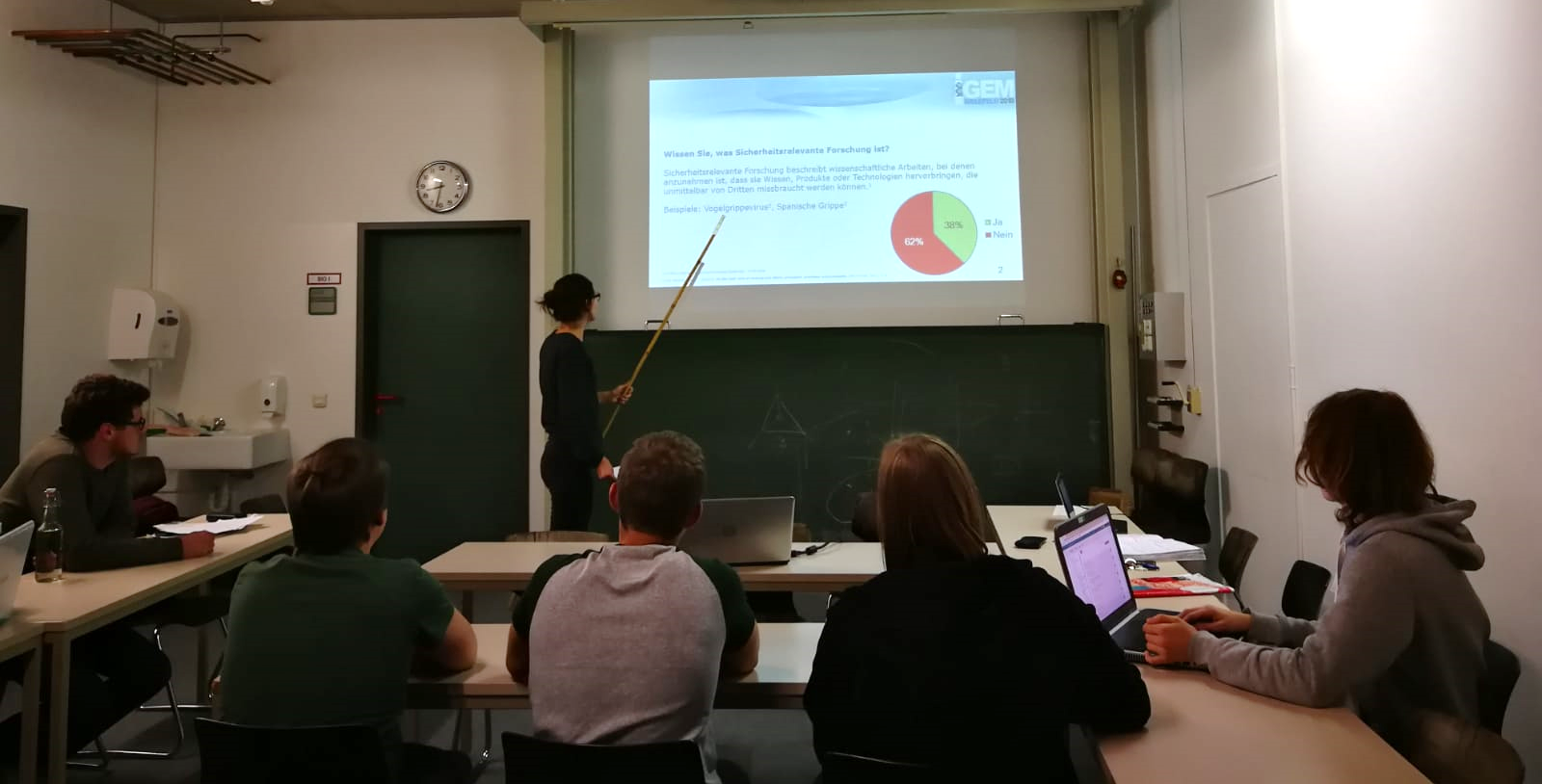 Apart from the science-related communication, we also find the personal exchange between the teams to be a valuable asset of iGEM. Through the huge field of participating teams from around the world, it is possible to establish valuable connections to other likeminded science students from different parts of the world. To come into closer contact with other european teams, we participated in both the german, as well as in the european meetup, in Marburg and Munich, respectively.

The German meetup in Marburg

German iGEM teams had the opportunity to connect with other teams in order to collaborate or to just learn about their projects at this year’s German-wide iGEM meetup in Marburg.

Three members of our team - Selina, Nico and Robin- didn’t shy away from the long distance and set off for Marburg to attend the German iGEM meetup from June 22 until June 24. On Friday afternoon we arrived at the Campsite Lahnaue, where we were already welcomed by some members of team Marburg. After the tents were set up we slowly entered into conversation with other teams and later spent a lovely evening in Marburg’s old town doing a pub crawl.

On Saturday morning the exciting part of the meetup began. Thirteen teams presented their projects at the first poster session at the local University. It was a promising chance to receive some early criticism or general opinions on one’s undertakings.

After the revealing poster session an executive member of the German Association for Synthetic Biology – GASB e.V. – introduced us to their company an its activities and goals. Furthermore, several guest lectures, among them former iGEMers, gave interesting talks about synthetic biology. Watching the soccer world cup together, we let the evening find a comfortable end.

On Sunday morning we joined another poster session. For us young scientists it was a great way to practice for the upcoming Giant Jamboree in Boston and the familiar atmosphere even encouraged everyone to be open and come out of oneself. One special feature of the poster session was the embedded competition for the best poster. So, at the end of the meetup every team was given some constructive advice on the layout and content of their work.

Thanks to the perfect organisation of Team Marburg and Team Bielefeld 2017. We lacked nothing and had a great time in Marburg. 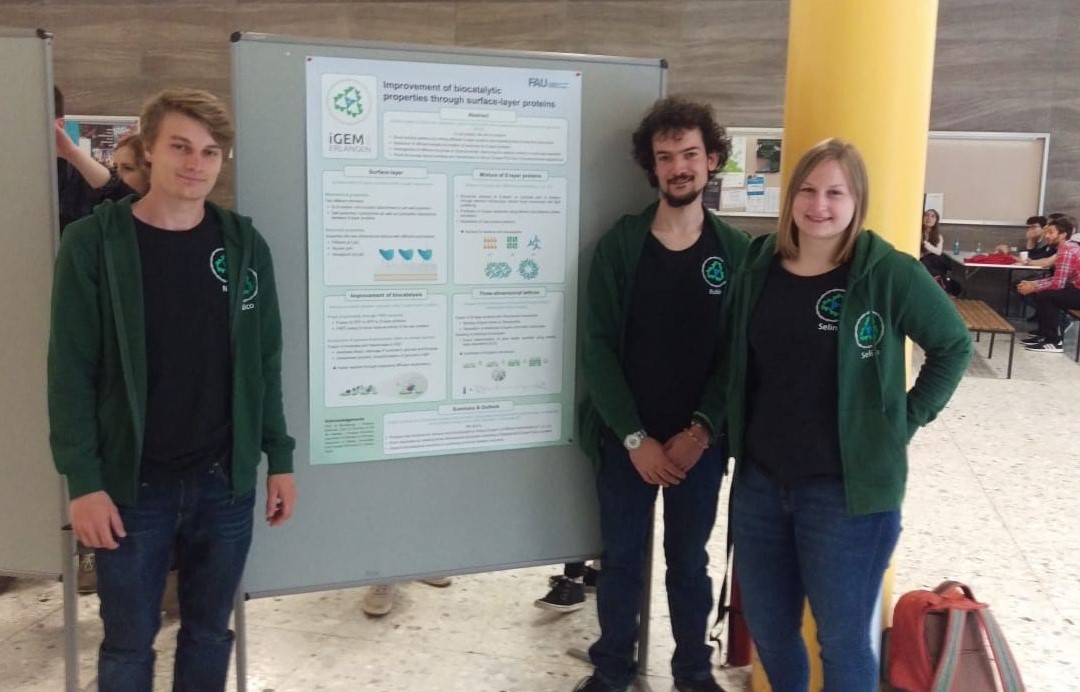 The European meetup in Munich

Since our experiences in Marburg were so overwhelmingly postitive, between the 20th and 22th of July, our members David, Sven, Franzi, Flo, Verena Lena and Selina also participated in the European iGEM Meetup hosted by the iGEM Team of LMU/TU Munich. After arriving on Friday, we were invited to witness talks of both domestic and international scientists in the field of synthetic biology and bioengineering.

Following up the very informative talks we joined the poster session, where we could both introduce members of other teams to our project, and also listen to them explaining their respective ideas. Thereby it was possible to exchange ideas and valuable advice regarding the course of the projects. Due to the interdisciplinary nature of iGEM, the variety of different topics we could discuss about with our peers was simply overwhelming. For example, we could exchange knowledge about our Markov-chain simulations with computer scientists, and also discuss the characteristics of our used S-Layer proteins with fellow structural biologists. 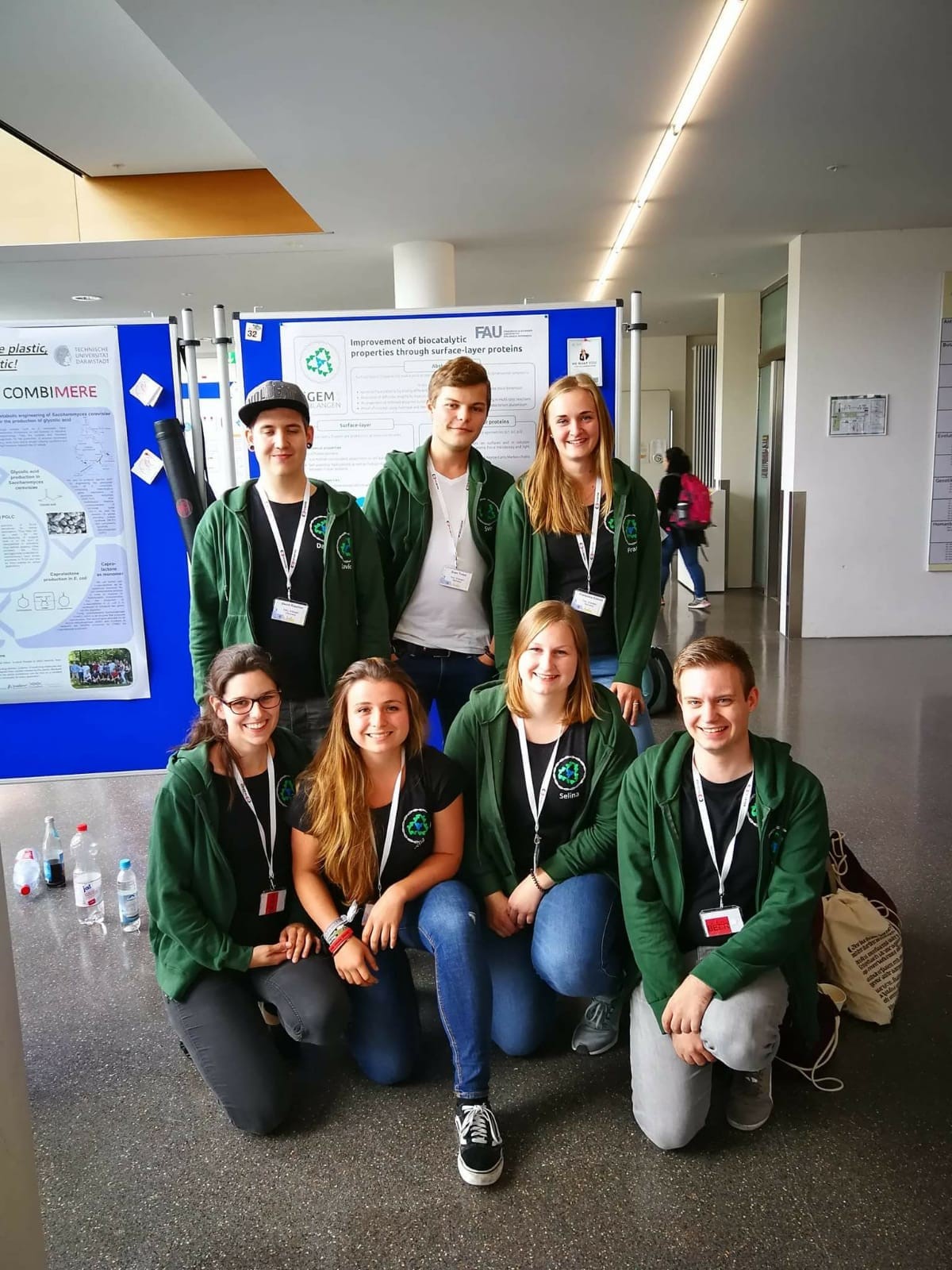 The evening of the first day offered another opportunity to get in touch with the other teams, and to establish first contacts with peers from all around Europe. Here we want to remark the teams of TU Eindhoven, LMU/TU Munich, Graz and Hamm-Lippstadt in particular, with which we had great conversations and also resonated beautifully on a personal level.

The second day saw more enlightening talks and another poster session, with the additional introduction of workshops, where iGEMers could improve their soft skills in diverse research-related fields such as finance or project management, predominantly hosted by other teams.

The European meetup left us with an overwhelming impression. It gave our team members a first taste of what it means to be a scientist, to meet up with peers at conferences and to have constructive discussions about fascinating scientific topics. We want to wholeheartedly thank the iGEM Team Munich for the great organization of the event and even more so for their sincere, welcoming attitude towards their guests. The meetup will surely remain as an experience our attending team members will not forget too soon.