is a mosquito-borne infectious disease that leads to over 440 thousand deaths every year. Thus it is ranked as one of the deadliest diseases worldwide1 It is caused by Plasmodium parasites which are transmitted to people through mosquito bites of infected female Anopheles genus mosquitoes. Anopheles are spread on every continent especially in tropical areas where they can reproduce even faster2.

As common for mosquitoes, Anopheles life cycle contains four stages: egg, larva, pupa and adult. A female usually lays 50-200 eggs during evening times singly directly on water2. Male mosquitoes usually live up to one week. However, females are able to live up to one month. During their lifetime females can oviposit several times3.

Mosquitoes get attracted by the combination of many chemical compounds that are present on humans’ skin and in their breath. Studies have shown that especially lactic acid and CO2 show significant attraction. Lactic acid itself only shows weak attraction to mosquitoes but compared to other odor components lactic acid can be a powerful synergist4. Researchers also found out that female mosquitoes infected with the malaria-causing Plasmodium falciparum parasite are three times more attracted to humans than uninfected ones5.

After biting the parasite can pass from the mosquito’s saliva into the person’s bloodstream and reach the liver where it can persist and reproduce. Since Plasmodium resides most of its life cycle in the liver and red blood cells, it is almost invisible to the human’s immune system. Only infected circulating red blood cells can be detected and destroyed. The most characteristic symptoms of a malaria infection are flu-like symptoms. Patients have paroxysms of fever, headaches, chills and other common indications. In later stages of the disease severe anemia and renal failure are common signs6.

Today most promising approaches to control malaria and fight the disease is the use of bed nets, sprayed with an insecticide or spraying the interior walls of your home every day. In the early 20th century DDT was used as insecticide. Today we know about the health risks of such insecticides. To prevent side effects and to design a more effective device we designed the S.H.I.E.L.D.

Malaria is known all over the world which is partly due to the fact that it used to be prevalent in countries that are not tropical. Even in the cold of northern germany malaria was a common disease and led to repeated local epidemics just one hundred years ago. Today malaria is found nearly solely in poor regions of southern Africa (90 % of all cases worldwide 2016), south-east Asia (7 %) and Mediterranean Americas (3 %). In these regions over 216 million cases were reported in 2016. A number that’s still growing. Reasons for this are for these staggering numbers are among others poor infrastructure, humanitarian crises, natural disasters and a low economic growth rate.

The WHO reported that about 80 % of all deaths from malaria occur in only 15 countries in 2017. The WHO is now focusing their efforts on these countries. These efforts include the supply of medication like vaccines, antimalarial drugs -especially for children and artemisinin-based combination therapy.

Furthermore they are working on (re-)build the local health care institutions, or to pass out bed nets and insecticides in order to prevent the transmission of malaria1.

Hover over the S.H.I.E.L.D. to show details. 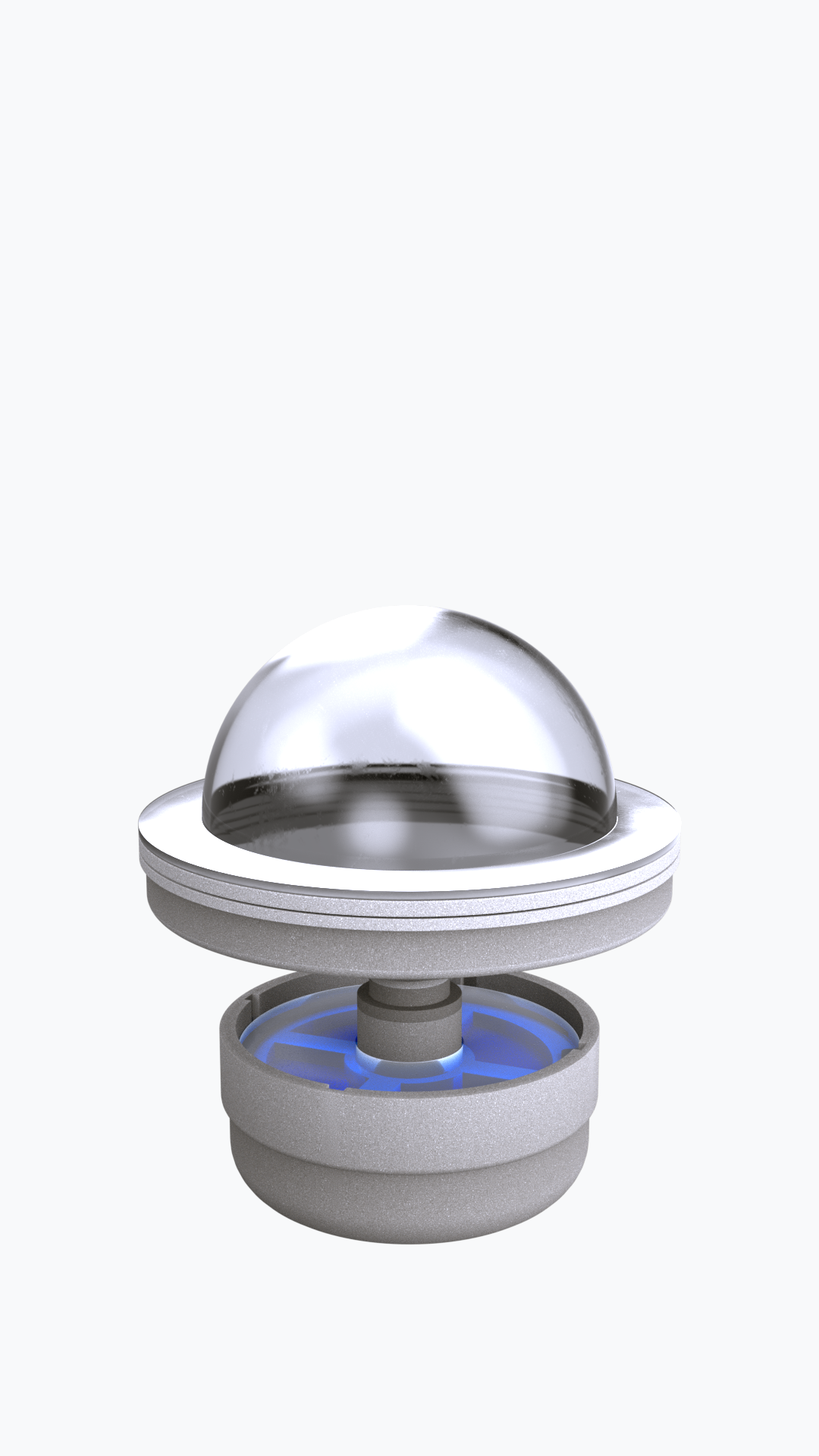 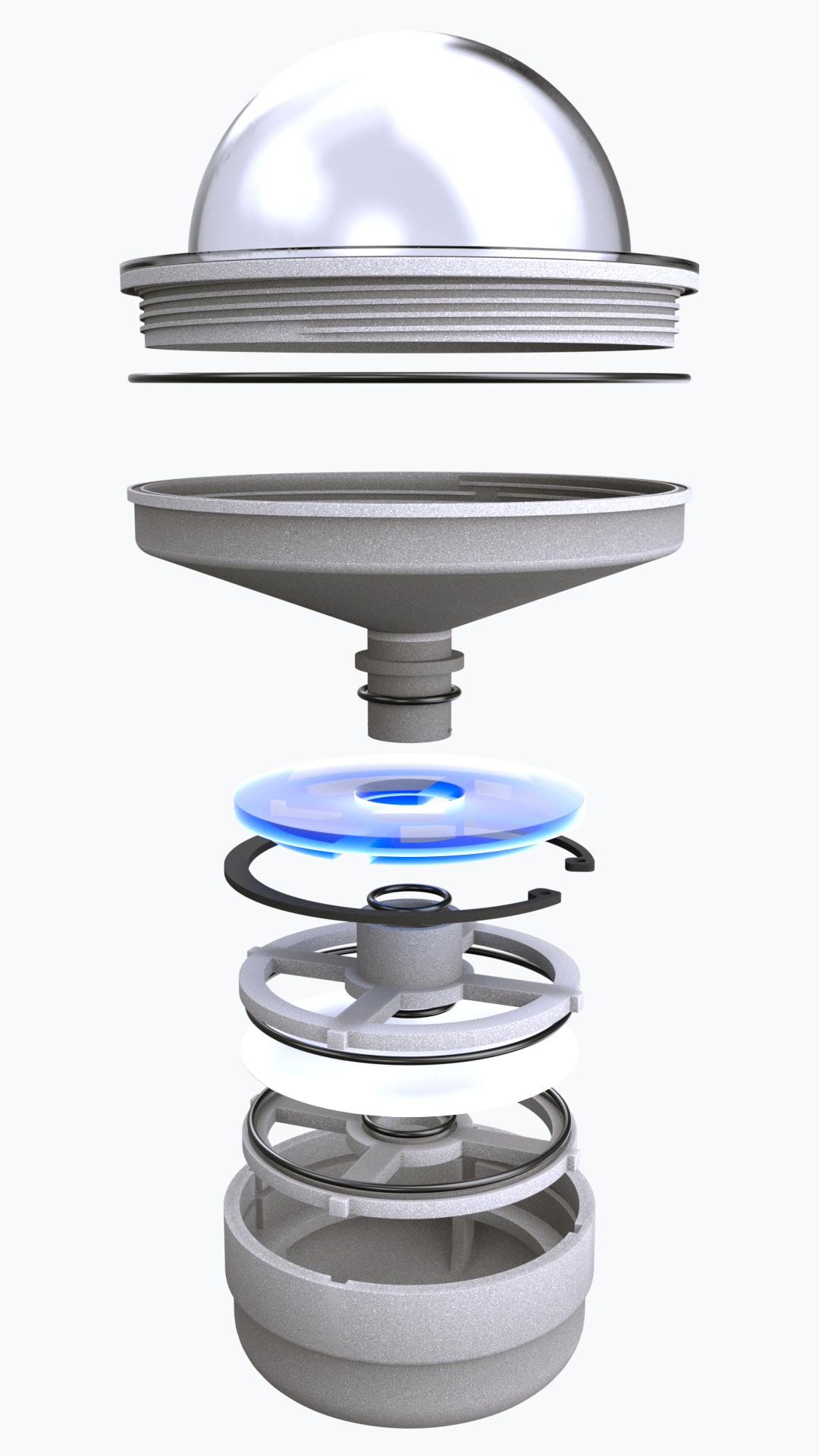 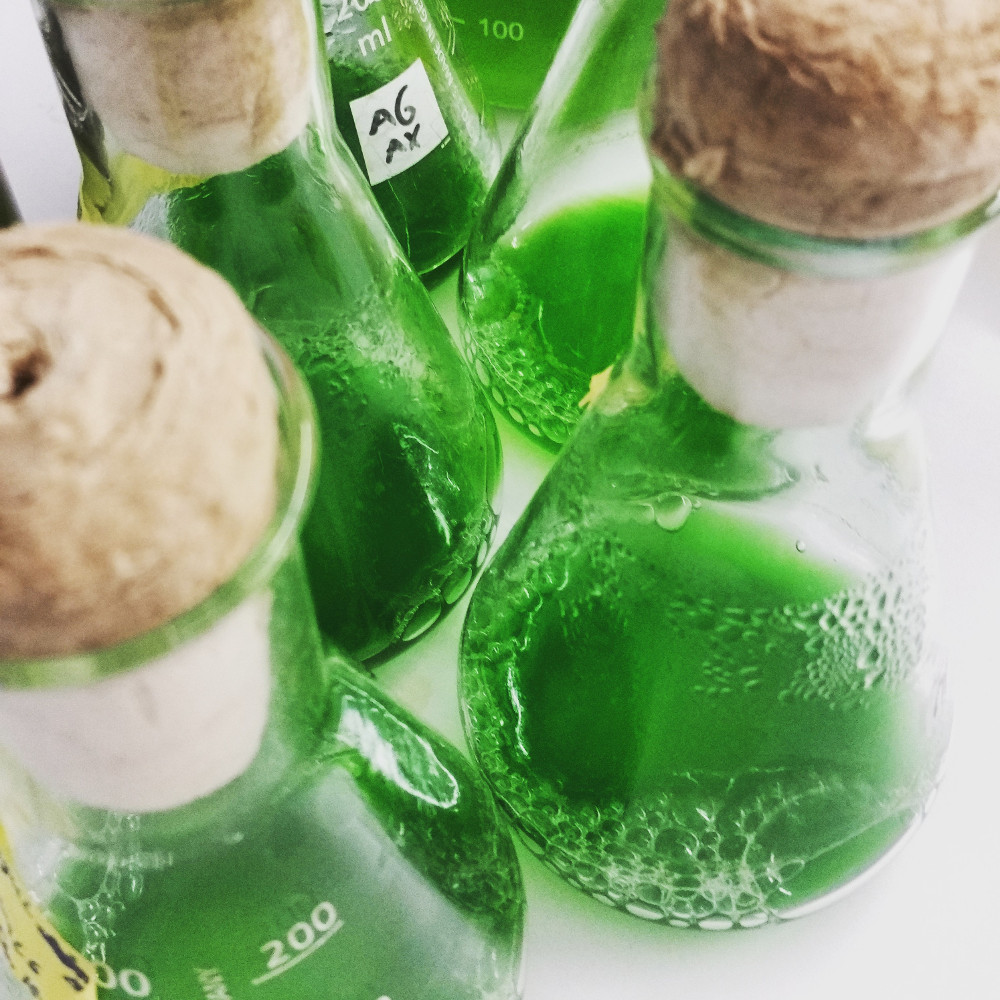 Cyanobacteria such as S. elongatus convert CO2 into glucose using sunlight as energy source. As part of our collaboration with iGEM Düsseldorf, we employ a spatially divided co-culture of S. elongatus engineered to secrete glucose and our E. coli to enable sustainable production of lure molecules and insecticides over extended periods of time.

For improved producibility, the S.H.I.E.L.D. is composed of multiple interlocking parts. To protect the trap microenvironment and to ensure biosafety, all contact surfaces are sealed using durable NDR-70 sealing rings. Despite an easy technology, this exceeds common biosafety standards for storage and shipment of genetically engineered organisms.

A self-healing Polyammonium salt (PAS) hydrogel acts as reservoir for odour bait molecules and insecticides, and provides a surface for mosquitoes to land on. Bait molecules evaporate evenly from the surface of the gel. Mosquitoes take up the insecticide from here. If too much water evaporates from the S.H.I.E.L.D., the gel acts as a protective layer to prevent the bacteria culture from drying out. As soon as new water is taken up, the gel returns to its tasks.

A commercially available nano filter is sufficient to keep everything where it belongs. It separates the cyanobacteria compartment from the E. coli compartment underneath, as well as the encased genetically modified organisms from outside, and keeps the S.H.I.E.L.D. free of contaminations. Its simple production makes it economically fit for its task, contributing to the application’s industrial scalability. 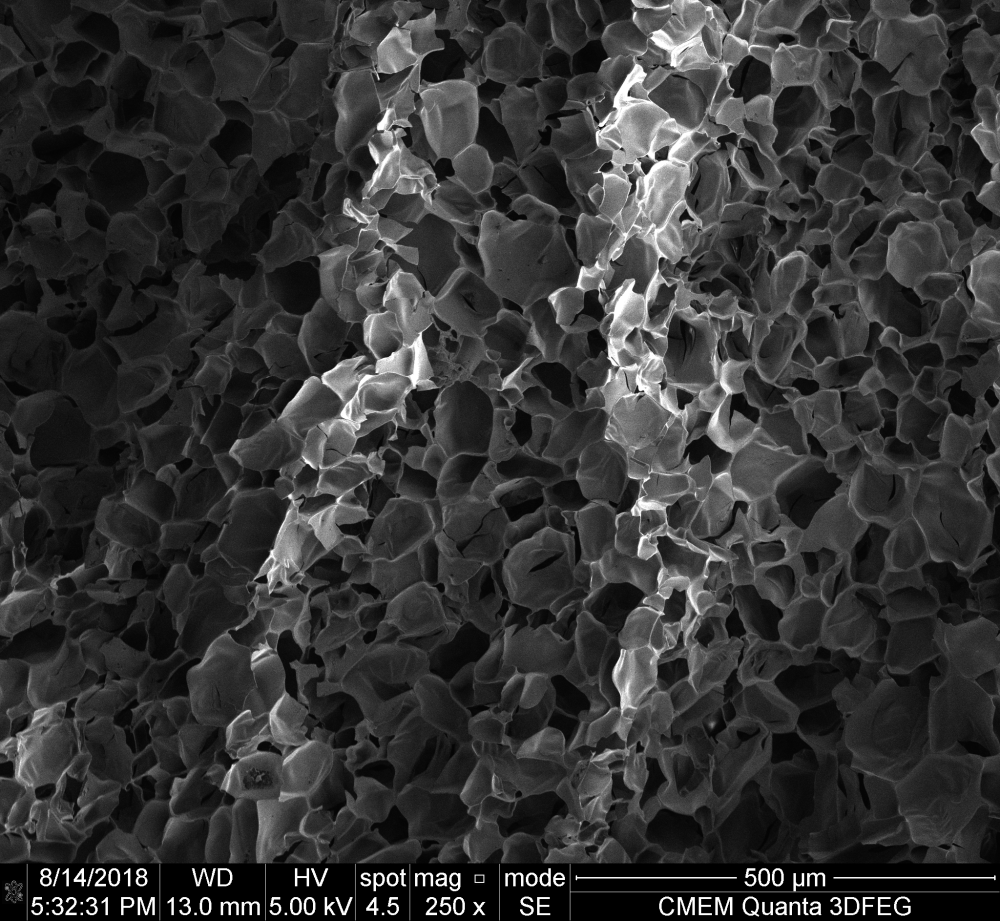 To maintain an even distribution of cells, we employ the novel 3D gel-embedded culture developed by iGEM Eindhoven. E coli, which lifts the heavy-duty synthetic biology, is embedded in a dextran-based gel and kept stable for unlimited time. This way, no sedimentation takes place, and the gel prevents E. coli from dividing on top of our synthetic biology growth inhibition, ensuring maximum sustainability.

A lot of these approaches aim fight the symptoms, rather than the cause of malarias transmission. The S.H.I.E.L.D. could be an important part of a solution for this problem. By luring and killing the vectors the S.H.I.E.L.D. can contribute greatly to stopping the transmission of malaria. While the whole population would benefit from this it is of special importance to high risk groups such as children under 5 years and pregnant women who cannot take most malaria medications. In our human practice interview with Dr. Andrew Hammond he assured us that the reduction of Anopheles would not have a harmful impact on the environment.

In contrast to other mosquito traps currently on the market the S.H.I.E.L.D. is a sustainable and self-preserving device which is based on genetically modified bacteria. Since it works for extended periods of time without needing maintenance the S.H.I.E.L.D. is especially suited for regions with poor infrastructure. The S.H.I.E.L.D.’s design consists of several integral parts. Genetically modified E. coli produce heat and substances found on the human skin to lure the mosquitoes to the device Namely these attractants are lactic acid, myristic acid and 3-methyl-1-butanol.

Click on the Parts to learn more about their functions

At the same time E. coli produces the toxin BjaIT which is an α-insect neurotoxin derived from the Judean Black Scorpion (Buthotus judaicus). Although, α-toxins are known to affect both mammals and insects, BjaIT only shows lethality or even envenomation in insects and not in mammals.

Where does the nutrition come from?

A cyanobacteria-culture located in the upper half of the S.H.I.E.L.D. provides nutrients for E.coli. The cyanos are able to produce glucose through photosynthesis enabling the S.H.I.E.L.D. to be sustained by sunlight and water only.

To prevent the bacteria to overgrow and consequently die a growth inhibition module is implemented. In addition to stabilizing the culture it provides an important biosafety feature as it would prevent uncontrolled proliferation in case of damage to the S.H.I.E.L.D.

A hydrogel covers the lower part of the S.H.I.E.L.D. It covers the compartment containing E. coli and provides a surface for mosquitoes to land on and subsequently sting into. By using a secretion modul and an outer membrane protease the attractants and the toxin are excreted into the hydrogel. The mosquitoes have to land on and sting into the gel to ingest the toxin. The self-healing properties of the hydrogel ensure its integrity after mosquitoes sting into it.

The barrier created by the hydrogel between the GMOs and the environment is further extended by a nanofilter. Its small pore size allow small molecules like the toxin and bait to pass through it while at the same time preventing bacteria from entering or escaping from the S.H.I.E.L.D. Combining all of the parts mentioned above we created a device singularly suited to fulfill one of today's important worldwide challenges - combating malaria.