Team IISER Kolkata flew all the way to Boston from Kolkata to attend the Finale event of iGEM 2018, the coveted “Giant Jamboree”. The Jamboree spanned across 25th to 28th of October, 2018 with the first ever After-iGEM Meet up on 29th October, 2018 all of which was organized at the Hynes Convention Center, Boston.
The iGEM Foundation welcomed all the teams by putting up team/project banners in the hallway of the convention center. Here is IISER Kolkata’s Team Banner at the Jamboree. 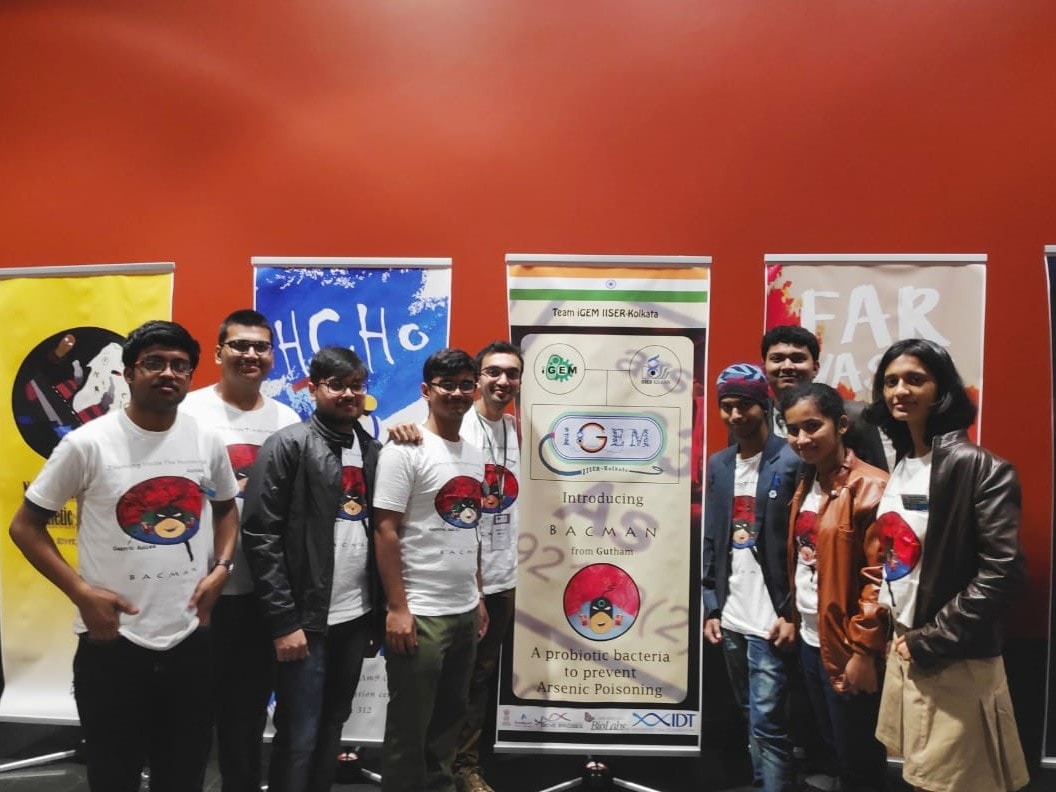 The audience and the judging panel highly appreciated the idea of the project which they found to be unique and path-breaking. The team’s progress with the project through lab work also impressed them very much. The team’s efforts to venture out of the lab and interact closely with different strata of the society to communicate their project and learn about the problem also won a thousand hearts at the Jamboree. As the culmination of all these achievements, Team IISER Kolkata was awarded GOLD MEDAL in the very first debut iGEM run of the institute. Here is the happy team unfurling the tricolour at the Jamboree after winning the Gold. 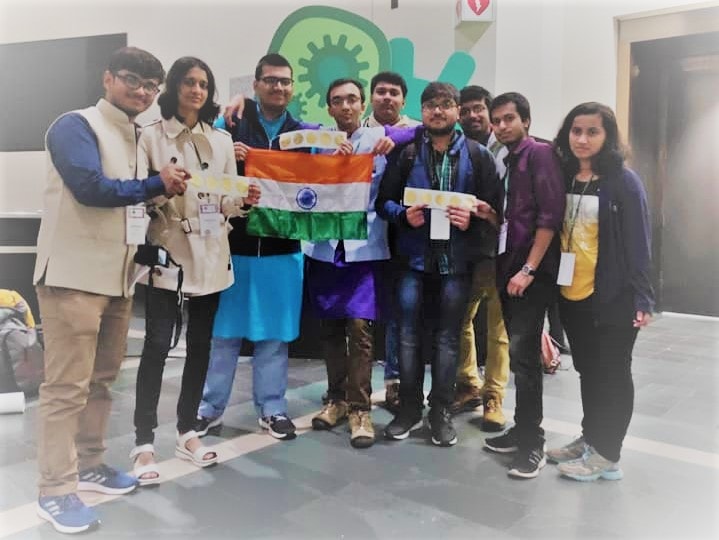 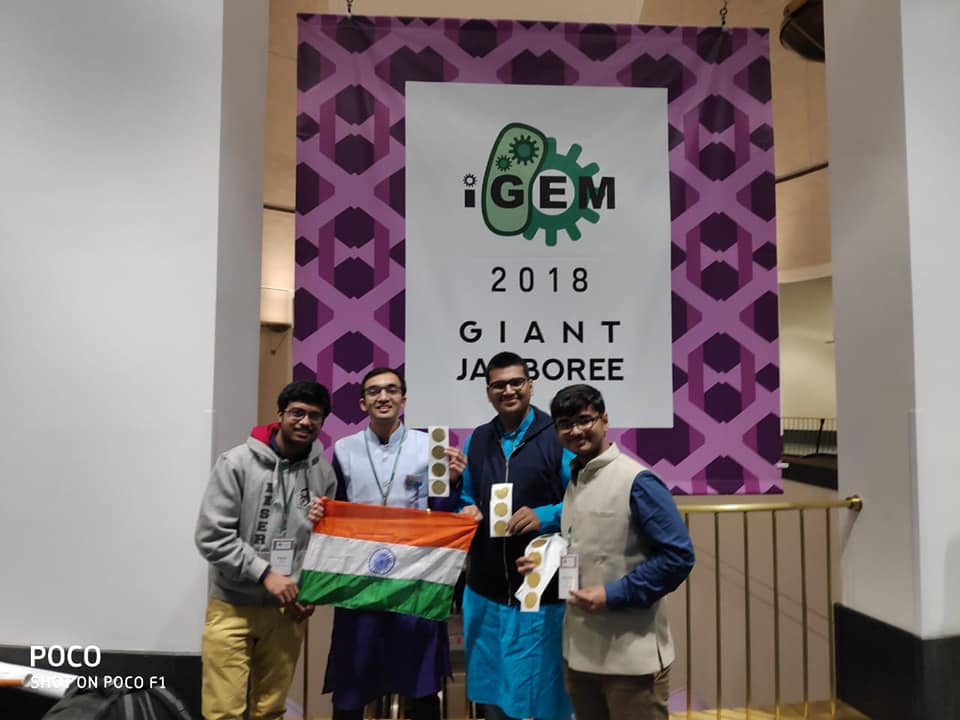 At After iGEM, we got to interact with a lot of interesting people from various teams across the world as well as with previous iGEMers now on various stages of their career doing startups or PhDs. Sharing our iGEM experience with the community and getting to know their experiences after iGEM and how to go on to build a strong career profile either in academia or industry was extremely enriching as well as fun. Also at the Jillian’s Pub we had an awesome party night with other teams and even judges on 28th October post the declaration of results. 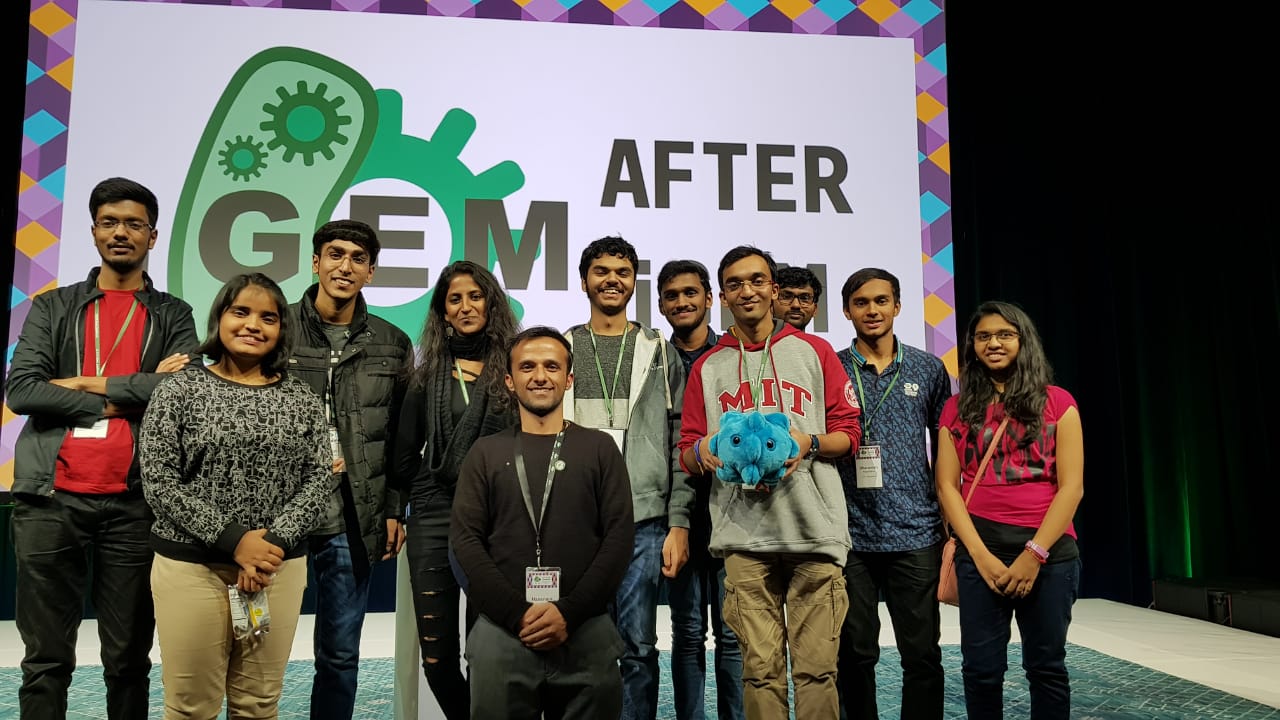 At home, the team received love and appluase from the IISER Kolkata Family with Director Prof. Sourav Pal personally congratulating the team for their success. 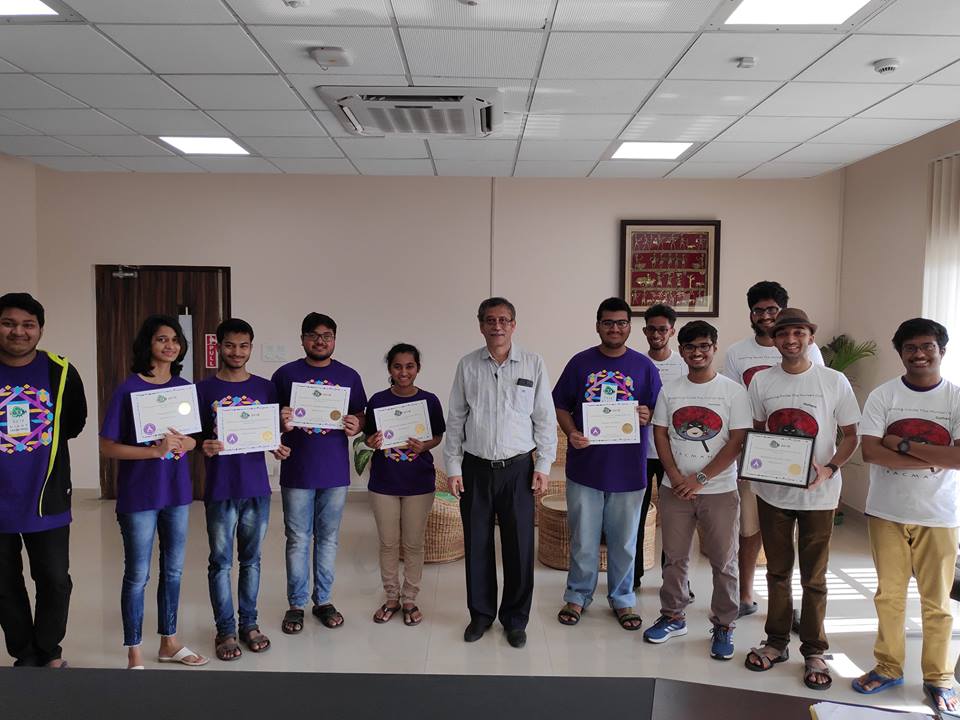