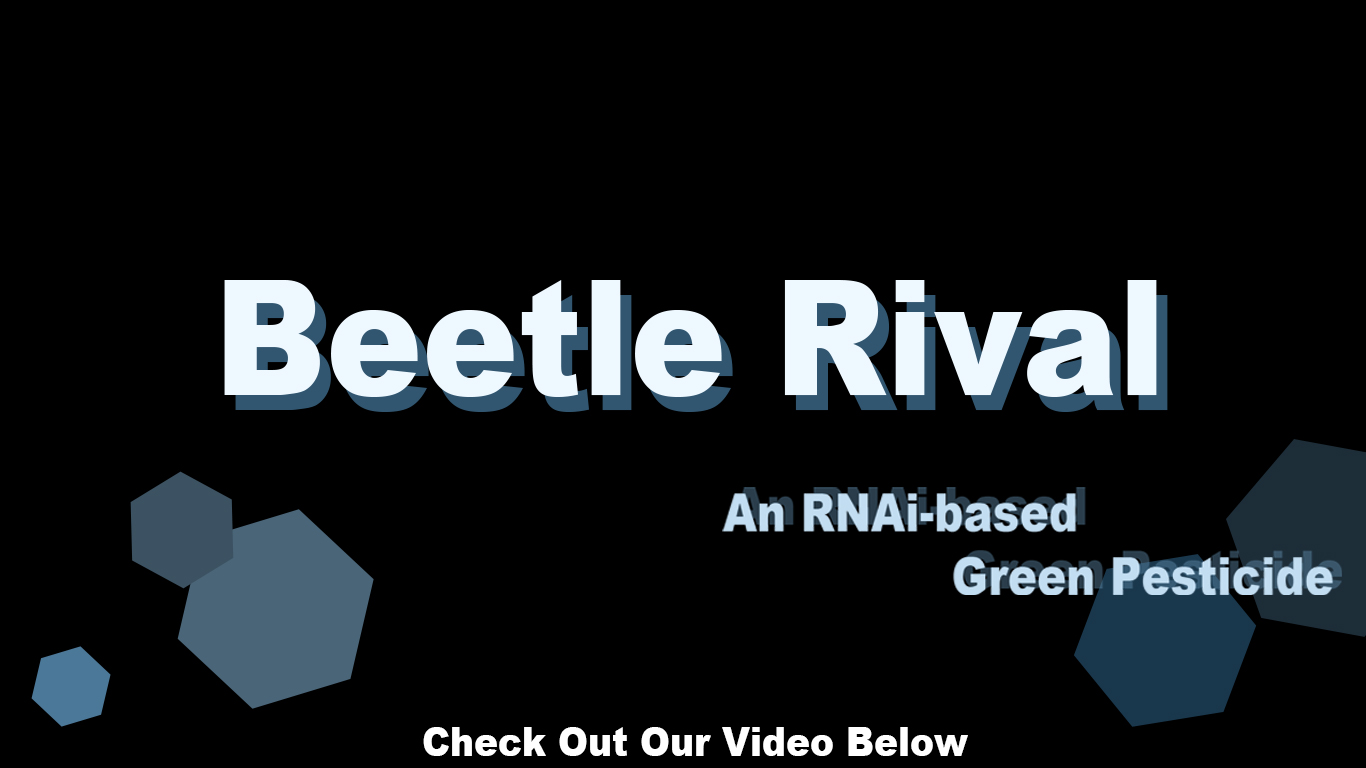 A Battle against the Beetle

Phyllotreta striolata is one of the most destructive insects worldwide. However, the present insect control strategies have certain limitations, for example, chemical insecticide applications will cause dietary pollution and environmental destruction. Here, we aim to develop an RNAi-based approach for controlling P. striolata. This approach is to topically apply exogenous siRNAs/shRNAs onto vegetables, ingestion of the sprayed siRNAs or shRNAs by P. striolata will induce the RNAi mechanism in the insect and lead to its death. In our project, siRNAs/shRNAs were designed based on the mRNA sequences of their target genes. The effect of both siRNAs and shRNAs in mediating RNAi in P. striolata were examined. Experimental results show that both siRNAs and shRNA could successfully silence their target genes, which was demonstrated by the survival rate decrease after siRNA or shRNA treatment. Our project provides an environmentally friendly approach for insect control.