Plastics are a waste product that pollutes the environment we live in and many resolutions have been implemented with little long term success. Researchers found a gram-stain-negative, aerobic, non-spore-forming, rod-shaped bacterium in 2014, known as Ideonella Sakaiensis strain 201-F6 that is able to degrade Polyethylene terephthalate (PET) plastics which is a condensation polymer used in plastic that is highly resistant to biodegradation. It is industrially produced by either terephthalic acid or dimethyl terephthalate with ethylene glycol. Ideonella sakaiensis 201- F6, is able to use PET as its major energy and carbon source using two enzymes capable of hydrolyzing PET and the reaction intermediate, mono(2-hydroxyethyl) terephthalic acid. “Both enzymes are required to enzymatically convert PET efficiently into its two environmentally benign monomers terephthalic and ethylene glycol.” 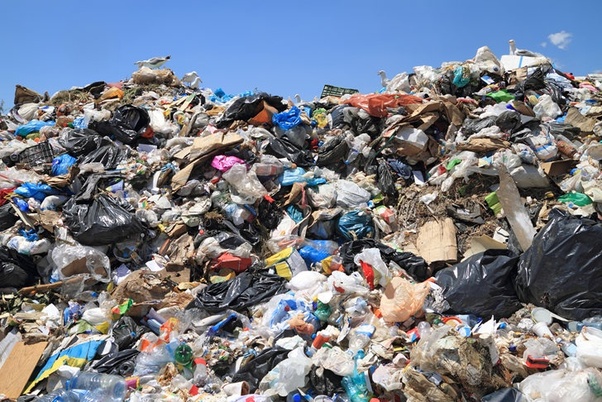 As you can see in the above picture ,it is estimated that 600 tonnes of plastics are disposed off in Uganda and in Kampala city particularly, vast chunks of plastics wastes are littered all over the city, clogging the sewage system and contaminating water bodies as seen below. 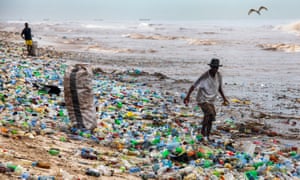 According to the National Environmental Management Authority (NEMA) about 51% of the plastic garbage in the city is left uncollected and ends up in the drainage system/channels, wetlands, natural water courses, manholes, undeveloped plots and on roadside, according to NEMA. Plastic wastes endangers human life, animals and environmental if not well controlled and disposed of in a proper way. Pollution of plastics is less visible and therefore our policy makers do not see it a priority yet it is a silent killer. Plastics takes approximately 450 years to completely decompose. Additionally, toxins from decomposed plastics are introduced into ecological systems that humans often manipulate for food. A robust sensitization program is needed to make the population aware of the dangers associated with plastic waste such as lung cancer.


Purpose of the project.

Inspired by bacteria with an unprecedented ability, Ideonella sakaiensis, that naturally decomposes polyethylene terephthalate, we have decided to genetically modify E. coli cells to model the plastic degradation machine; we shall do so by adding the Lipase and Chlorogenate Esterase genes from Ideonella sakaiensis into E. coli bacterial cells. With the engineered E. coli bacteria, the enzymes introduced are able to express the plastic degrading abilities. This particular proposition can realistically be executed because of the minimal effort and financial advantage it presents.

Since 1964, plastics production has increased 20-fold, reaching 311 million tonnes in 2014, the equivalent of more than 900 Empire State Buildings. Plastics production is expected to double again in 20 years and almost quadruple by 2050. Plastics have been intensively developed during the last 50 years

Poly(ethylene terephthalate) (PET) is one of the most widely used plastic worldwide. However, the durability of PET results in its difficulty to be degraded which leads to a global accumulation of plastic waste. Many solutions have been brought up in dealing with the plastic waste. Compared to the traditional chemical recycling processes, enzymatic hydrolysis of PET is presently evaluated as an environmentally friendly strategy for recycling post-consumer PET wastes. And during the last 15 years, many natural enzymes extracted from microorganisms have been found to be capable of decomposing PET. In recent decades, many labs around the world have proposed a variety of ways to degrade PET biologically. The most inspiring one is the biodegradation ability of a recently found bacterial, called Ideonella sakaiensis 201-F6, by Shosuke Yoshida and his colleagues from Japan, which has been studied and published in Science this March . They analyzed the degrading pathways and isolated two kinds of enzymes, PETase and MHETase. The PETase degrades PET into MHET (mono(2-hydroxyethyl) terephthalic acid) and MHETase degrades MHET into TPA (terephthalic acid) and EG (ethylene glycol).

The project is set up to utilize the enzymatic machinery from the bacterium Ideonella sakaiensis as it is capable of manufacturing the enzymes of PETase and MHETase which are important in the degradation of PET.
Isolated segments of the genes for the respective enzymes are transformed into the a competent E. coli cell so that it also obtains the plastic degrading character as in Ideonella.

Goal: To have a clean and safe environment free of plastic pollution. 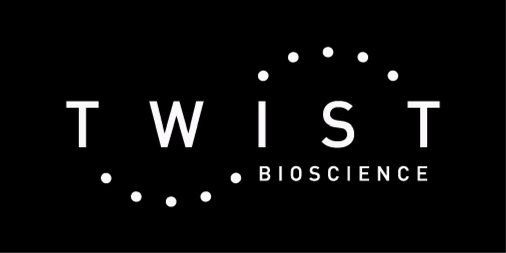 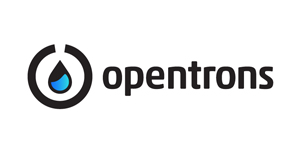