During the development of CAT-Seq system we have had the idea and opportunity to adjust the system to not only record the activity information about Catalytic Biomolecules, but also assess regulatory parts and their interactions.

One type of regulatory parts we have decided to assess were the Toehold Switches.

The Toehold Switch systems are composed of two RNA strands referred to as the Switch and Trigger. The Switch RNA contains the coding sequence of the gene being regulated. The Switch RNA forms a hairpin structure that includes the RBS site. While the hairpin structure is formed, the translation is inhibited. The Trigger RNA is a molecule that can selectively bind to the Switch RNA region and expose the gene RBS site for ribosomes. Once that happens, the protein translation can be initiated.

While designing the toehold sequence pairs we have noticed that there already is a highly similar toehold sequence in the form of a basic part (BBa_K2486176). That said, even though we believe this part consists of a well working toehold switch, it is combined with Green Fluorescent Protein. Therefore, it is impossible to use this toehold switch with any other coding part a scientist or an engineer would like to control.

That is why we have re-designed this part to make it accessible for everyone to use it as a real basic part for translational control. First of all, the downstream GFP gene sequence was removed from BBa_K2486176 to liberate the Toehold riboregulator sequence from a particular gene and make it autonomous to any part. Next, autonomous toehold sequences face a fundamental design flaw - they require the translation of gene to continue from one biobrick to another. However, by joining biobricks scar DNA sequences, containing STOP codon TAG are incorporated. To overcome this problem, additional T nucleotide was added at the 3’ end toehold sequence. This additional nucleotide, together with a longer version of biobrick prefix sequence (gaattcgcggccgcttctagag) on the downstream gene block part are combined to allow the translation to continue from the toehold riboregulatory part to the controlled biobrick part as depicted in, for example BBa_K2621035.

We have then tested our re-designed Toehold Switch and its RNA trigger by ligating them next to a CAT-Seq Esterase gene. We have also used the same Toehold switch with different RNA trigger as a control of part orthogonality. After the constructs were built, we have spectrophotometrically assessed the production of Esterase. The reaction kinetics were measured using the spectrophotometer as a decrease of absorbance at 310 nm due to the hydrolysis of substrate nucleotides

Using cell-free protein expression assay, the construct housing our Toehold switch and the correct Trigger RNA successfully synthesized the Esterase enzyme, as the hydrolysis of substrate nucleotides was catalyzed. The orthogonality control did not produce any changes in absorbance, and in turn we could conclude that our toehold switch is controlling the translation effectively. 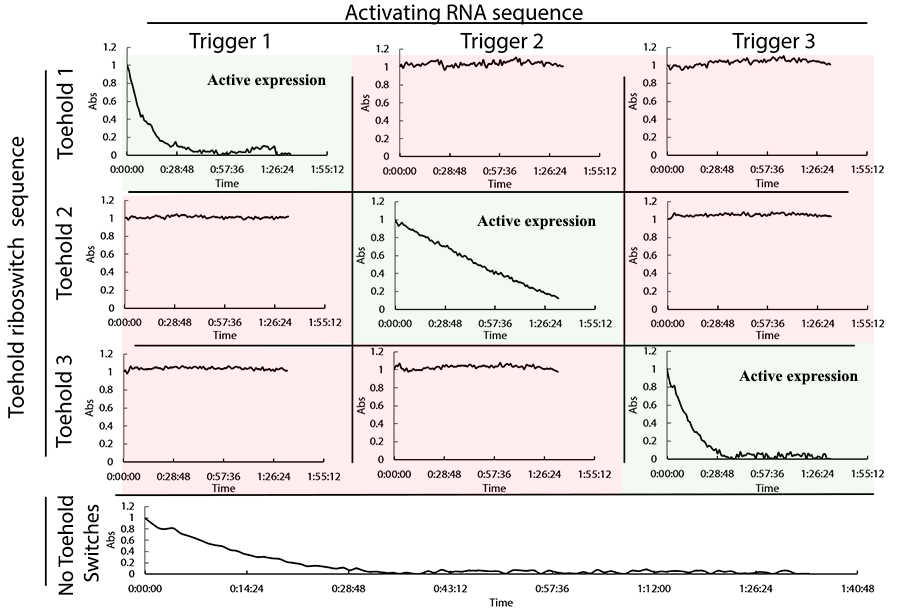 Figure 1. The catalytic activity of each Toehold:Trigger RNA construct matrix

CAT-Seq Esterase mutant sequences were placed downstream the riboregulatory sequences with corresponding trigger part and they catalytic activity was measured. The decrease of absorbance corresponds to catalytically active enzyme. The graph shown as a matrix concludes that only Toehold sequences expressed with their corresponding Trigger RNA produce an active enzyme molecule.

After carefully selecting the mutations in-silico, we have synthesized and measured the Activity of those Esterase mutants in the laboratory. The mutations have successfully altered the activity of the original Esterase. Also, there were no cases of complete inactivation of enzyme catalytic activity.

We have improved an existing toehold switch in the biobrick registry BBa_K2486176 that was actually a composite part consisting of toehold regulated RBS sequence and a Green Fluorescence Protein (GFP) gene. We have made it universal by modifying the toehold regulator sequence and detaching it from the GFP. The new biobrick and improved biobrick part BBa_K2621011 can now be used to control any coding sequence required.