This year, our Human Practices work included a combination of new project ideas, as well as carefully refined projects from previous seasons. We had a strong focus on consulting experts and our work is grouped into four major categories: Societal Considerations, Communication and Public Bias, Public Engagement, and Safety. 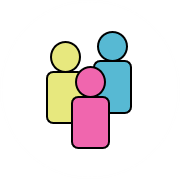 To better understand the societal impact of our project, it was important for us to explore our project in different contexts and gather opinions from our community. We began with interviews from several professors at the University of Waterloo and industry representatives, who provided us with insightful ideas about the real-world challenges and applications of our project. By combining their responses with our own imagination and research, we developed a project analysis and proposed a series of diverse potential applications of our system. Finally, we took a look at the barriers that would prevent a potential scale-up of our project and proposed a solution to overcome those barriers. Please read more on our Societal Considerations page! 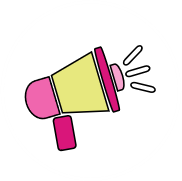 The Implicit Association Test, or IAT, is a psychological tool for uncovering unconscious, or implicit, biases toward or against a category, like biotechnology. For us at Waterloo iGEM, this can be a tool for learning how the people we reach the most, through social media and events, as well as our greater community, feel about synthetic biology-associated words. As this is our second time using the test, we’ve changed some things after what we learned last year! Please continue to our IAT: Take Two! page to learn more about our revamping, our results, and to try the IAT for yourself! 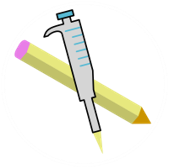 As always, our team dedicates a large portion of our season to interacting with students and the community regarding both our annual project as well as providing tools and resources to better understand the field of science (with a focus on synthetic biology, of course!). Between synbio workshops for high school students, literacy workshops for university students, and presenting to professors and industry leaders at a conference, we are proud to have become a team that external groups reach out to to inspire new and upcoming scientists. To read all about our engagement and education work this year, visit our Public Engagement and Education page! 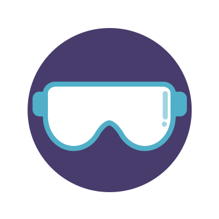 Waterloo iGEM has ensured that all safety measures have been followed and improved upon from previous years. From multiple training modules being completed by each lab member to the implementation of full chemical inventory and eyewash maintenance systems, the lab was able to be productive and organized while maintaining a high level of safety. The project was designed with safety in mind as well, in order to reduce risks. To read about the full work done regarding safety for the Waterloo iGEM team, please visit the Safety page!

As a team competing in the New Application track, it is often difficult to design a project that caters to stakeholders in one specific area or sector. For this reason, our team felt that it would be more impactful to design a co-culture system that provides a foundation that people in all areas can easily build upon. This goal helped drive our work with Integrated Human Practices, and resulted in the design of a multi-purpose tool that gives industries and researchers alike an opportunity to expand on our work into their own spaces.

From our consultations with professors and experts (read about them here), we gathered different perspectives and ideas which we integrated into the creation of our design milestones. These are documented below.

Despite that these design milestones were determined earlier in the year, our team prioritized the provision of a strong proof-of-concept using two strains of E.coli; JT2 and DH5⍺. Preliminary experiments were conducted to creating a co-culture between E.coli and S.cerevisiae. It was confirmed that S.cerevisiae could grow in our M9 drop-out media, which is imperative for our system to work. However, they didn’t grow very well, and it would require significant modification. In anticipation of this issue presenting itself with each design milestone, we decided to focus on the E.coli/E.coli proof-of-concept before continuing. To continue experiments for the remaining milestones, we would have to find a media that tailors to the needs of both organisms

While working on our IAT project and compiling the results, we noticed that some words were being “missorted” (sorted into the wrong category). This indicated that some of our audience may be less familiar with some of the synthetic biology vocabulary we use (in particular, the word “optogenetics” was the most missorted word in the synbio category). In order to increase public understanding of what synthetic biology is and in particularly, what iGEM Waterloo is working on, we’ve thus decided to create a few ways to help:

ii) Videos all about synbio!

Amino acid: The building blocks that make up proteins

Bacteriophage: A virus that can only infect bacteria

BioBricks: DNA pieces that we can use to create larger, newer sequences to give bacteria new abilities

Biotechnology: Using biology to help with industrial and technological processes, like having E. coli produce human insulin so it’s less expensive and more accessible to people who need it

Co-Cultures: Two or more bacterial cultures living together in the same space at the same time

Culture: In synthetic biology, a population of bacteria of the same species and strain

Enzyme: A biological catalyst that speeds up biochemical reactions that otherwise would take too long to be helpful to the cell

Escherichia coli: Also known as E. coli, a bacterial species found in many places, often used in synthetic biology because of its simplicity, ease of use, and great characterization

Flow Cytometer: A tool that uses lasers to measure the concentration of samples containing fluorescent particles, like bacteria expressing GFP

Fluorescence: Light emitted by something, like GFP, that has absorbed light or another form of energy

Genetically Modified Organism (GMO): A living thing (organism) that has had its DNA modified to produce a new, novel effect

Green Fluorescent Protein (GFP): A naturally fluorescent protein first isolated from a jellyfish species that can be used to monitor reactions in genetically modified organisms

Methionine: An essential amino acid that contains sulfur, which is usually the first amino acid in a protein

Optogenetics: Using light to control living cells, including how quickly or slowly they grow

Plasmid: A small, functional piece of DNA that can be introduced into a cell so it can express new genes

Spectrophotometer: A tool that uses light, usually ultraviolet or visible, to measure the concentration of a substance in a sample

Synthetic Biology: An interdisciplinary crossroads of biology, math, and engineering

Transformation: Giving a cell new DNA, often in the form of a plasmid, so that it is genetically altered and may have new functionality

Turbidostat: A tool for continuously growing a microorganism at its fastest rate, bring in fresh growth media at the same rate as it takes out spent media. A turbidostat keeps a constant optical density of the growth media...this is also known as turbidity!