For the 2018 iGem Competition, we participated in the iGem Interlab Study, which seeks to reduce variability in fluorescence measurements. The Interlab Protocol provided by iGEM was followed.

The InterLab gave us a lot of experience with procedures that we ended up using later. Our project required florescence measurements, so practicing with the 96 well plate reader beforehand was beneficial. InterLab also gave us practice with serial dilutions, which was used to create the cadmium ranges for the kinetic tests.

There were no notable errors when following the iGEM procedure. The process did take longer than we originally expected, but everything worked out as planned. The plate counting might have contained not have been accurate due to human error, but the data seems consistent with the expected results.

With the InterLab procedure, we seemed to successfully calibrate the plate reader for the absorbance and fluorescence. The different devices showed different amounts of fluorescence with similar absorbance. The raw data and some of the resulting graphs are shown in below.

For best display of data, please maximize this window or view in fullscreen on a laptop.

Table 1: OD600 calibration results, which are used to standardize the results against the Ludox Cl-X beads.

The Abs600 of a serial dilution of the silica beads was measured to determine the absorbance over particle number of the beads. This is used to estimate the relationship between the absorbance of a culture of E. coli and the number of cells since the beads have a similar size and shape to E. coli. 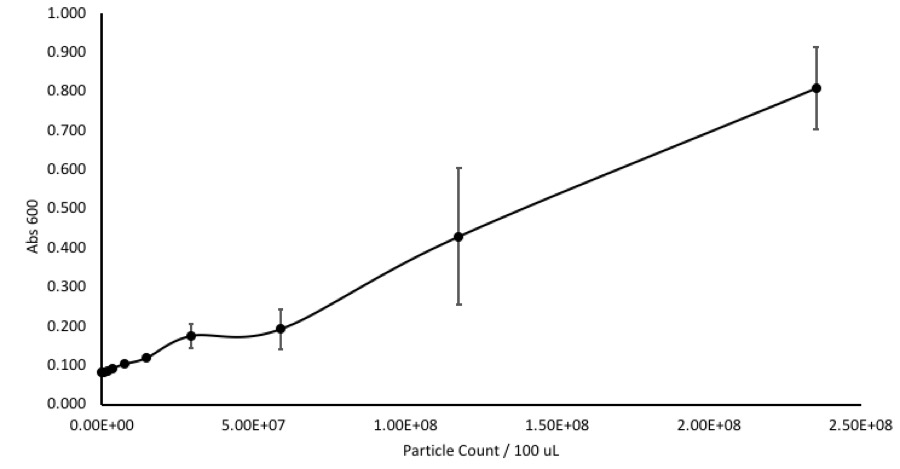 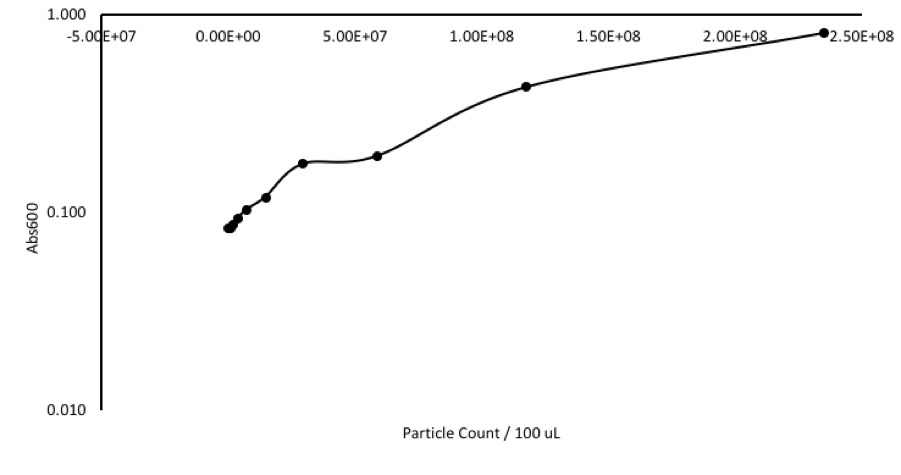 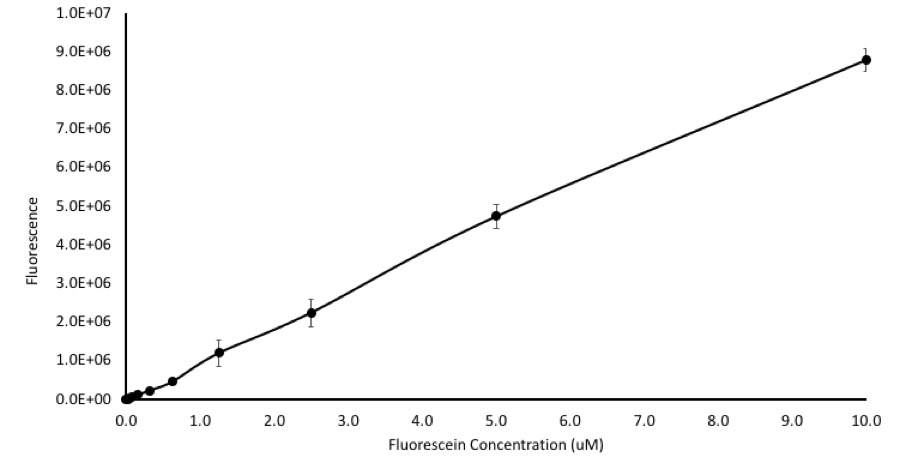 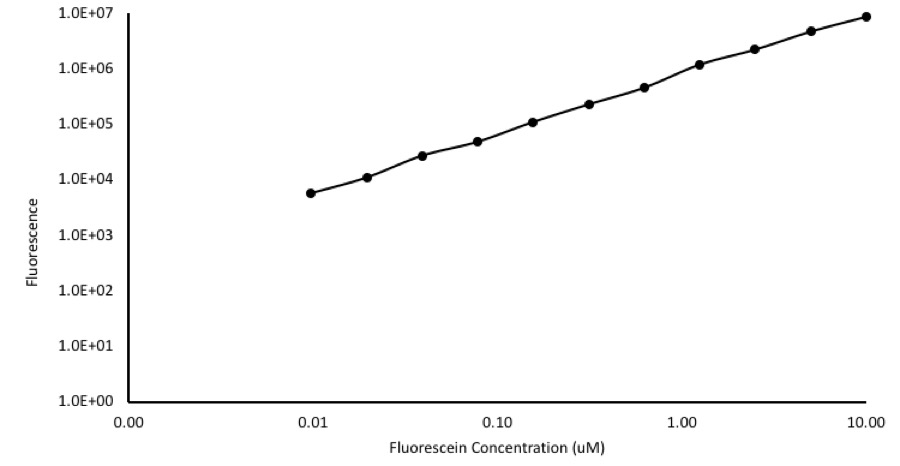 DH5-alpha E. coli were transformed with the GFP inducible plasmids provided in the iGEM test kit according to the recommended transformation protocol.