We found that the sequence is too small to tell if it is present in the ligation with a pMAL vector. When trying to isolate the segment (which is about 75 bp long), the concentration of DNA was too small to be see in the gel. This can be seen in Figure 1. 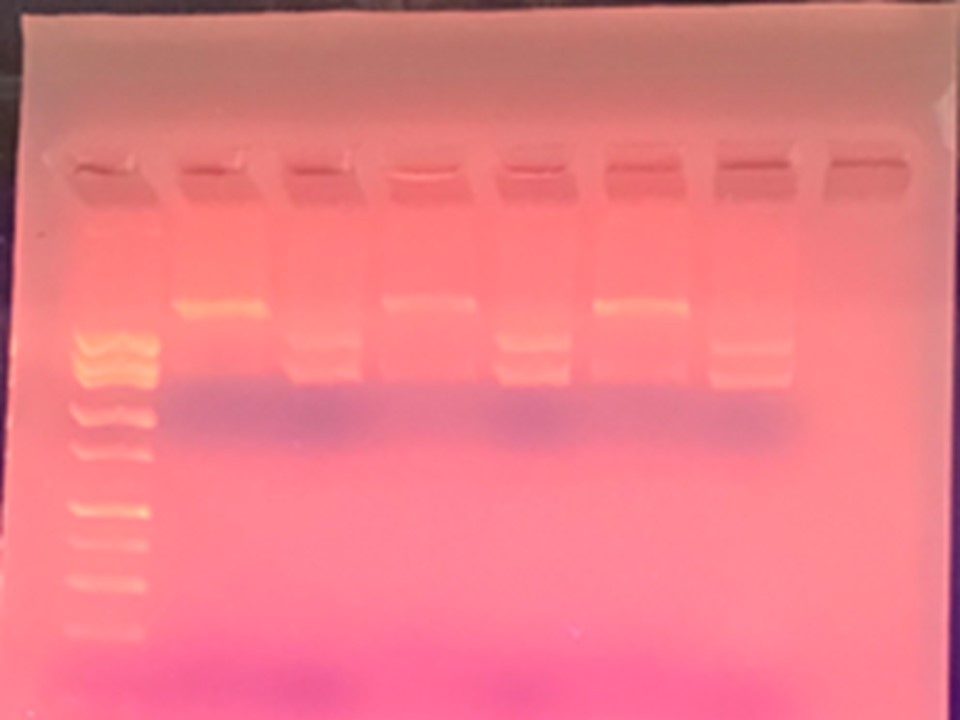 Based on the gels above, we saw that the segment was too small in the gel. We tried to use a different restriction endonuclease (BsaI) which would result in larger fragments. The expected gels from this digestion with and without the segment are shown in Figure 2. 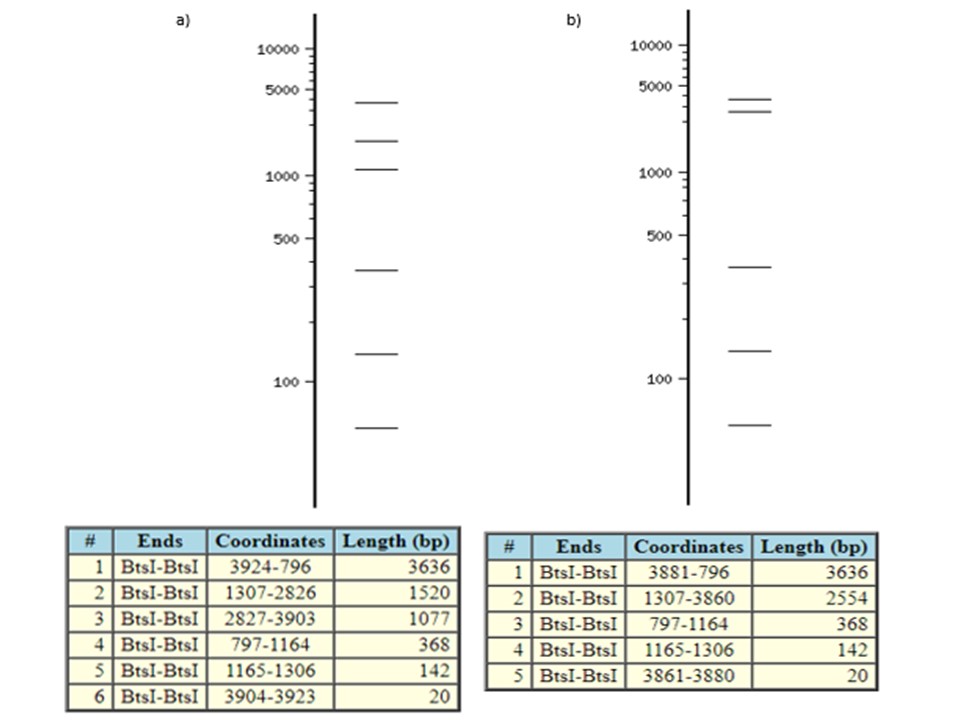 Fig. 2 - Expected gels of size of fragments by cutting (a) the pMAL-p4x with the cadmium binding peptide (CBP) sequence and (b) the empty pMAL-p4x vector. The image was produced by the NEBCutter tool [1].

When running the gels, some of the ligations were negatives (wells a.4, b.5-b.7); however, the other wells were inconclusive as can be seen in Figure 3. We believe this was due to some interference in the digestion or that the insert was too short to be able to tell easily through restriction endonuclease digestion. The results could also be inconclusive due to bad samples as evident by the smearing. 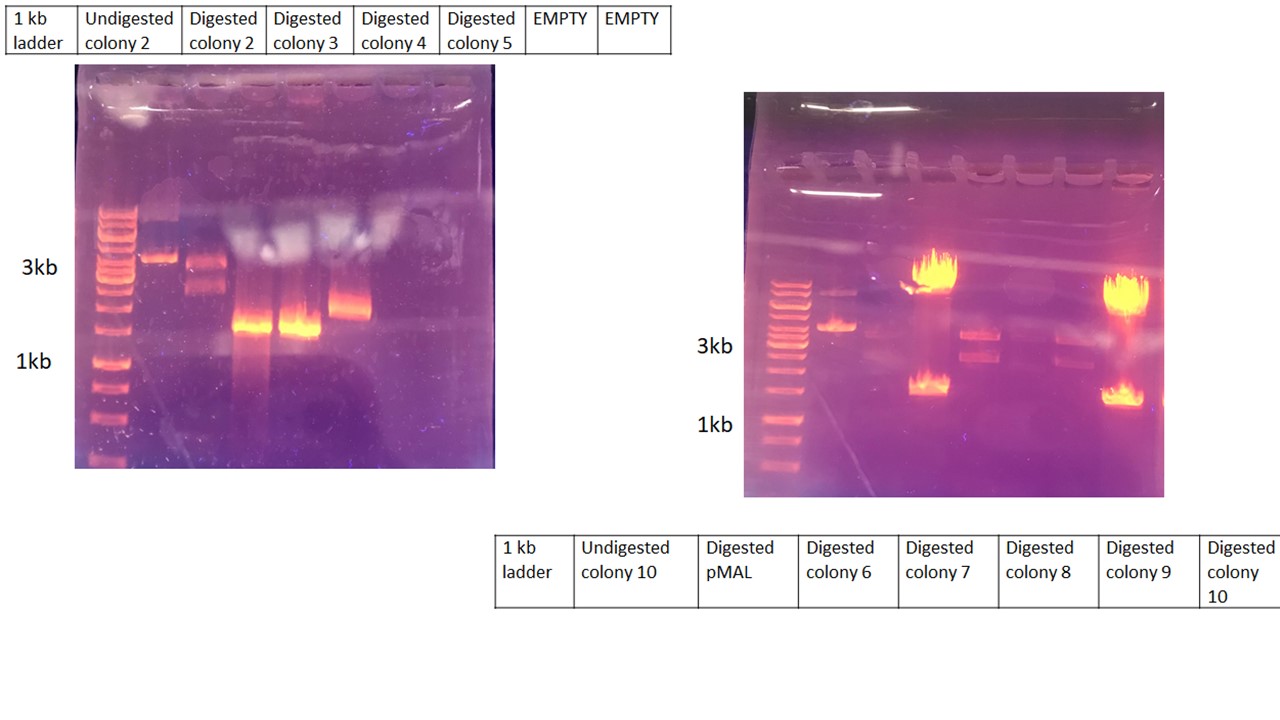 Fig. 3 - Digestion of binding ligation to determine if the peptide insert is present

To find out the inconclusive results, we plan on replicating the ligation and digestion to see if there was interference in the procedure. We also plan to sequence the ligation to determine if the insert is in the vector without using restriction endonucleases.

In the future, we plan to:

The first test of the sensing plasmid from IDT did not show any difference in expression of the GFP between different concentrations of cadmium. The amount of fluorescence when adjusted to the amount of cells decreased with time. This could be explained due to the cells not being viable. The cells had a doubling time of about 9 hours which significantly longer than what is typical for E. coli. The slow growth may be due to the temperature of the well-plate reader being room temperature instead of 37°C. The cells were from an old plate possibly reducing the cell viability. Another possibility for the stunted growth is that the well on the plate did not provide optimal conditions for the cells. Some of the results from this test can be seen in Figure 4 and 5. 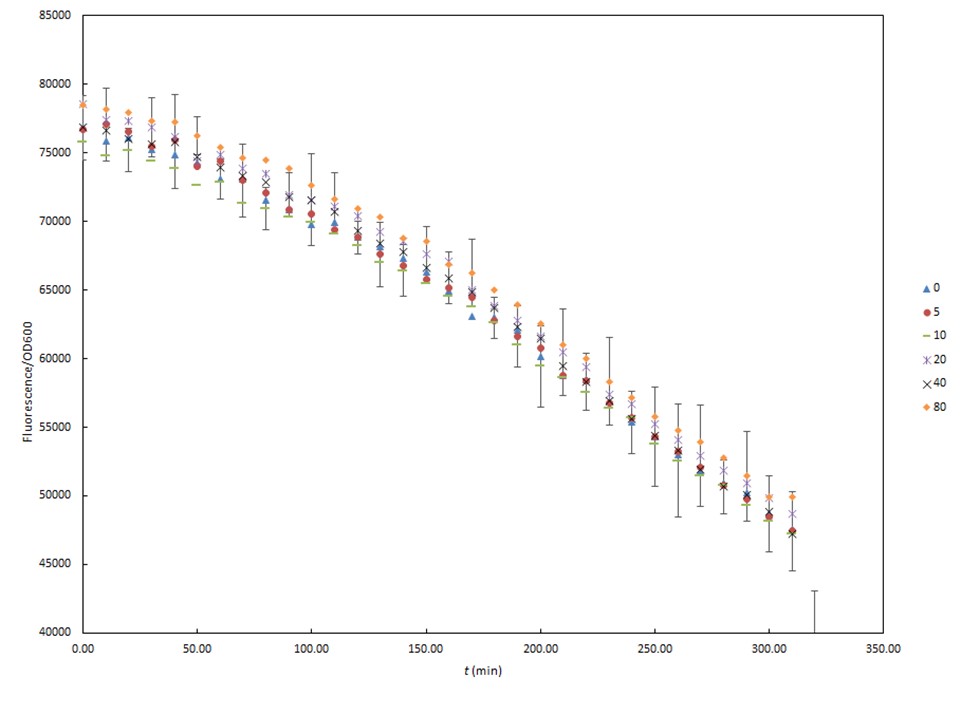 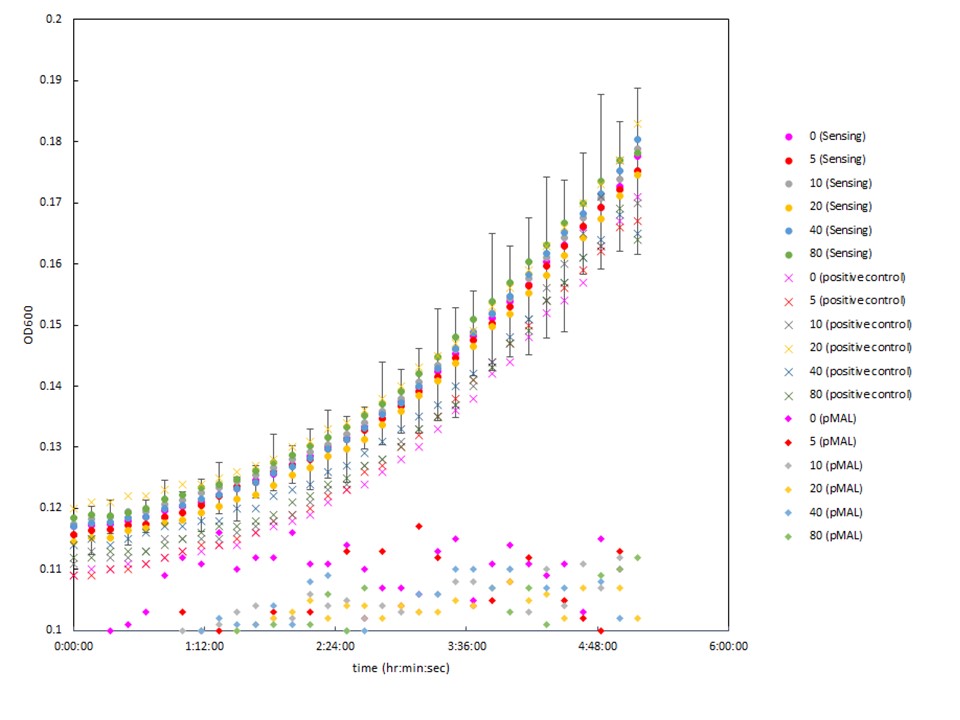 Some explanations of there being no difference in expression of the GFP between the different concentrations of cadmium are as followed:

To eliminate these possible sources two routes were taken. The promoter, regulatory gene, an GFP sequence was attempted to be moved to the iGEM pSB1C3 backbone. The pSB1C3 backbone has 2 terminators before the section where the sequence would be added, However, the transformation was not successful.

The other route was using the IDT vector again, but using cells from a new plate, using media that was filter sterilized in plastic, and setting the plate reader to 37°C. These steps would make it so the media has minimal or no heavy metal contamination, that the new colonies were more likely to be viable, and use the optimal growth conditions. The results of the second test are shown in Figure 6. They show that all the colonies grew with about the same doubling time which was around 70 minutes. This is a higher value than the expected for E. coli, but does show viable growth. 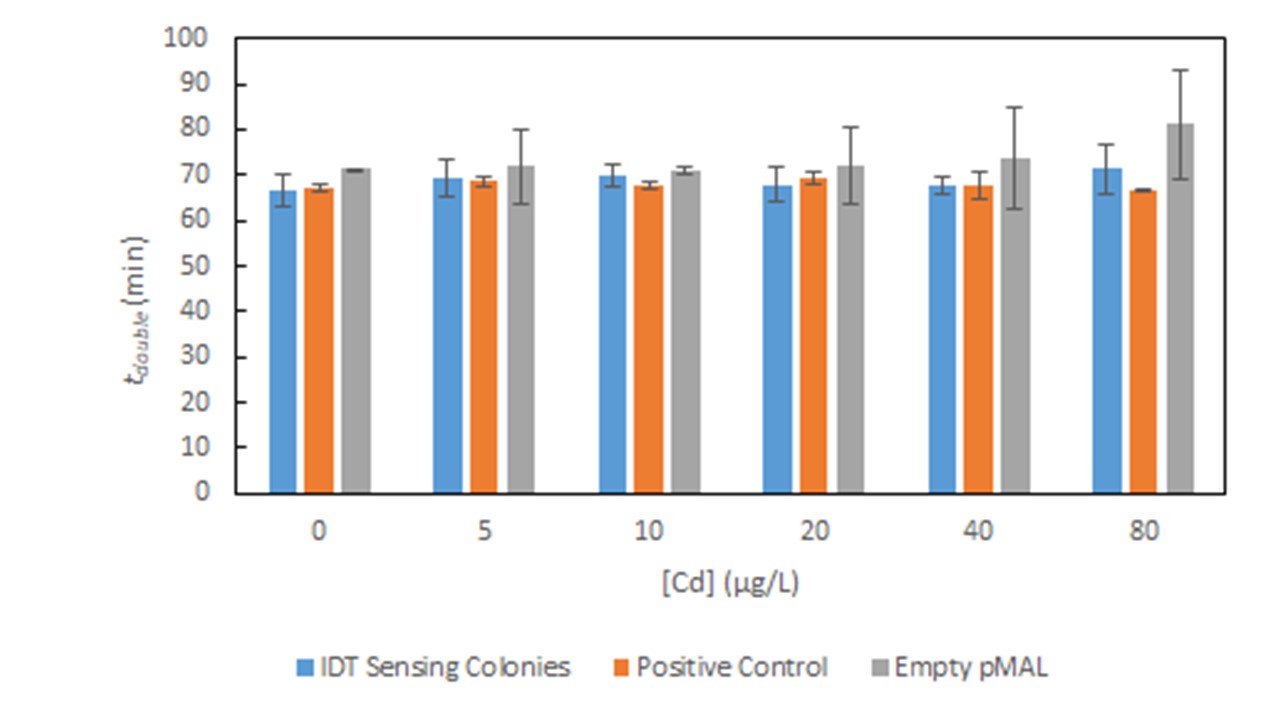 This second test had an overflow of the fluorescence which may be because the emission and excitation wavelengths were too close to each other. Another explanation of the overflow reading that the GFP concentration was higher than expected due to more expression by the cells. In the future, the test would be run again, using a lower gain and using wavelengths that are farther apart.

In the future we plan to:

Beyond the short term goals, we are planning on longer term goals to improve and combine the different components. We plan to:

Use noncanonical amino acids to improve the affinity of the binding peptide with cadmium Increase the cadmium resistance to the sensing plasmid. Add the cadC promoter and regulatory gene in front of the binding protein fusion to selectively make the protein.