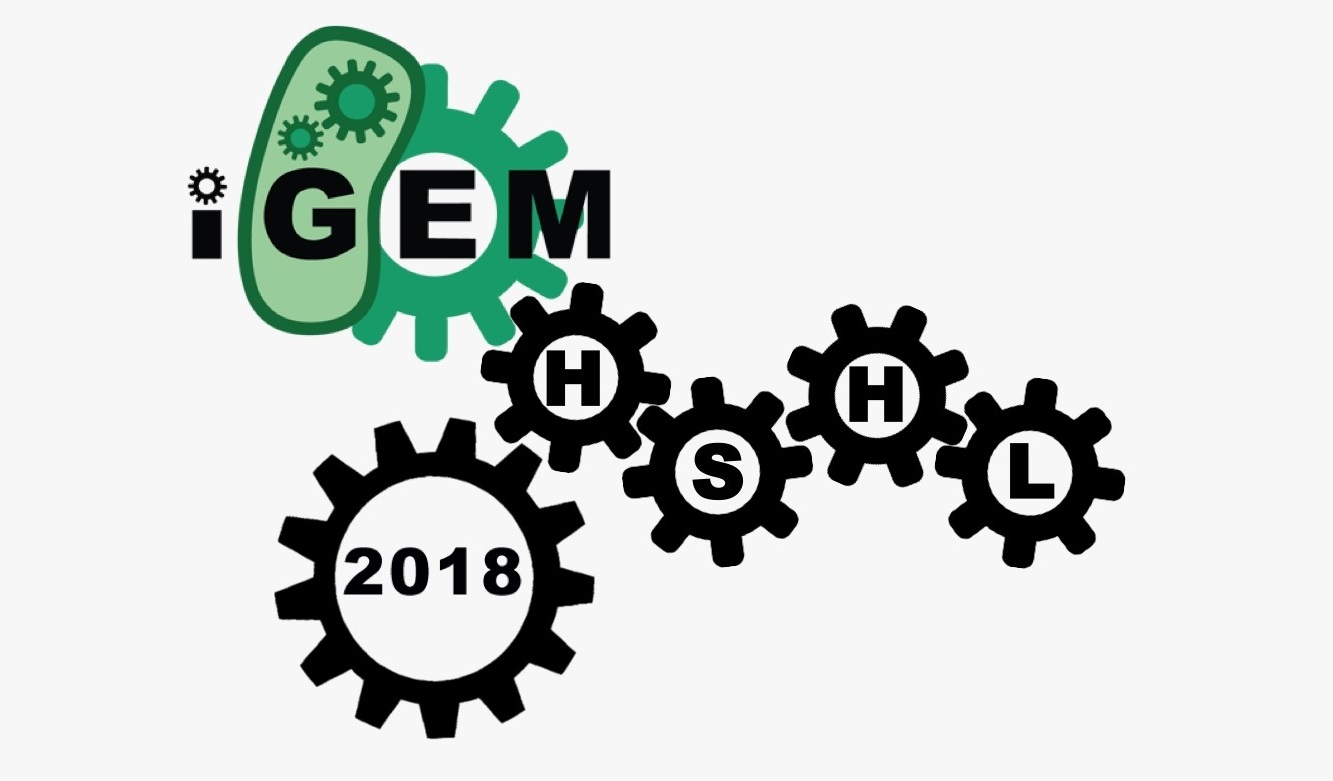 The synthesis of the HMA3 gene which was needed for this experiment was done by IDT. A gene with the entire sequence was synthesized as well as a gene that was divided into four fragments. First, Gen and Vector were prepared for ligation by cutting both components using the enzymes EcoRI and PstI. The vector, called pSB1C3 was then dephosphorilised by Shrimp Alkaline Phosphatase and the insert, the gene HMA3, phosphorilised by T4 Polynucleotide Kinase. After that gel electrophoresis and the Wizard SV Gel and PCR Clean- Up System of the company Promega were used to purify both components. Below you can see the result of the gel electrophoresis purification of the four fragments.

The IDT 2- log DNA ladder was used as a control. The following figure shows the Ladder schematically.

By evaluating the gel electrophoresis results with the help of the ladder, the following quantities results are determined for the four fragments.

After purification using gel electrophoresis, the bands were cut out and the DNA was extracted from the gel using the promega Wizard SV Gel and PCR Clean- Up System.

Then vector and insert could be ligated in the following ratio.

After the insert and the vector were ligated the transformation could be started. For this experiment, 200µL chemocompetent E. coli DH5 α were mixed with 5µL of the ligated plasmid. We used a heat shock to get the plasmid into the cells. The heat shock was performed at 42 degrees for 90 seconds after the cells were stored on ice for 30 minutes. The cells were then first stored in SOC medium for one hour and then applied to LB- Agar with chloramphenicol for incubation.

In order to make sure that the individual steps of the experiment worked, several further experiments with positive controls were carried out. We have made a positive control of the used E. coli DH5 α by applying them to an LB- Agar without chloramphenicol. The following figure shows the result of the positive control.

Figure 3 shows that E. coli cells grew on the LB agar without chloramphenicol. This means the cells we had used for our project were in a vital state. For this reason, there is no concern to use the cells for further experiments. 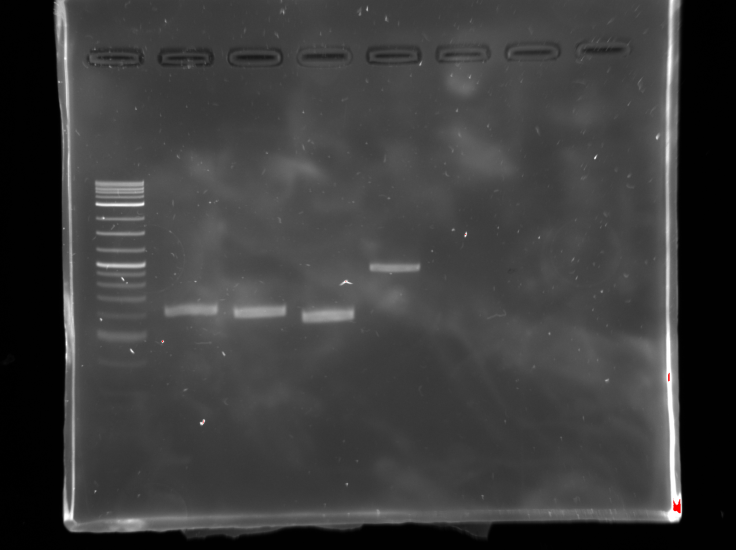 Fig. 1: Result of gel electrophoresis purification of the four fragments 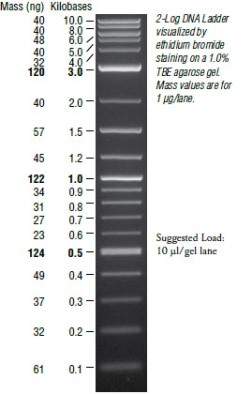 Fig. 2: Representation of the IDT 2-log ladder and the length of its bands 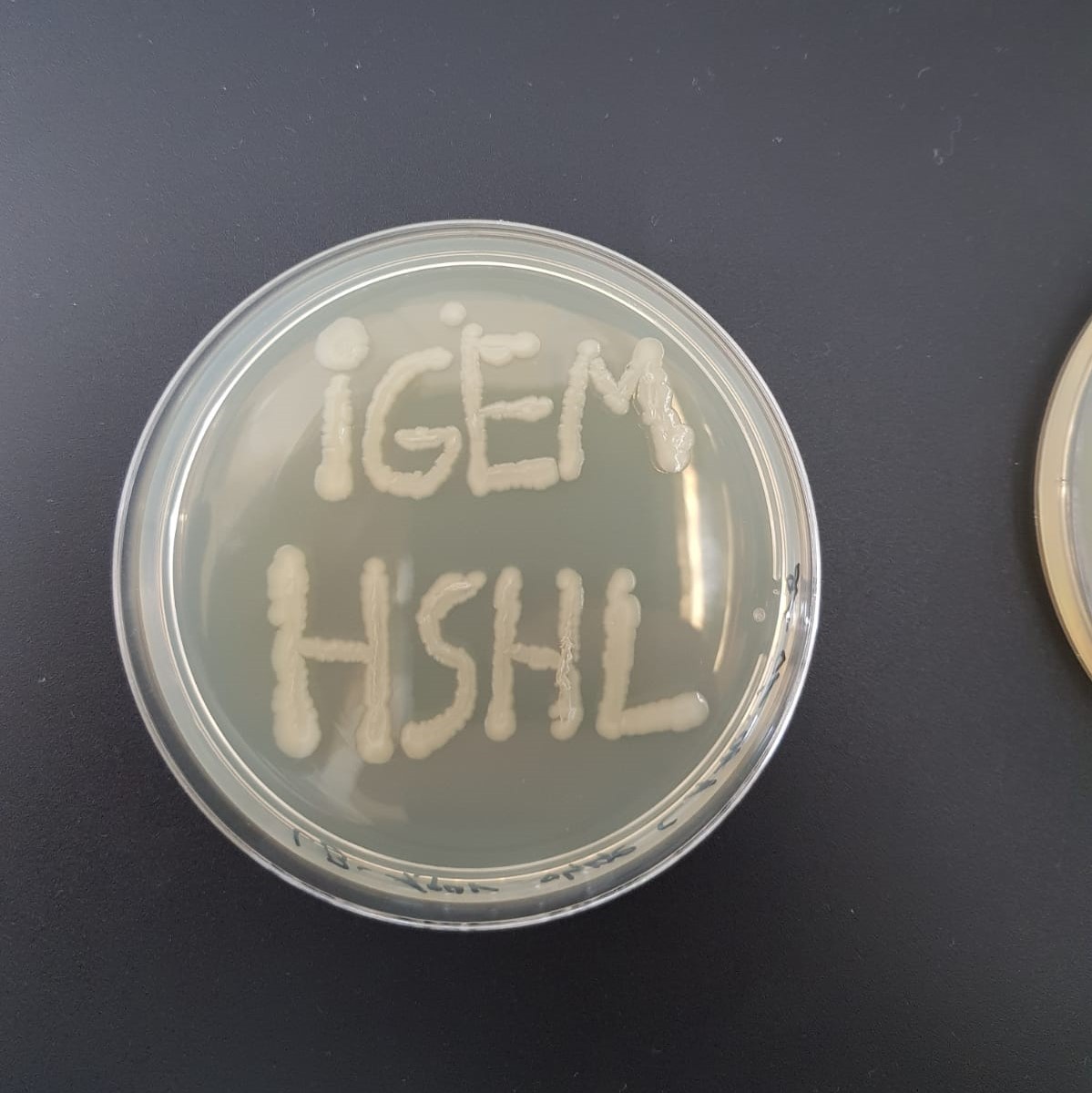 The figure shows that colonies of transformed E. coli cells have grown on the agar with chloramphenicol. That means the plasmid was absorbed into the cells. The pink colonies contain an insert that was used in the production of the plasmid at the iGEM headquarter. Minipreps were then produced from the individual colonies to isolate the plasmid from the cells. For this the Promega Wizard® Plus SV Minipreps DNA Purification System was used. Figure 5 shows how the minipreps are carried out.

Now that these further experiments have been successfully completed, the work can continue on the construction of the biobrick. As shown in the previous results, the E. coli DH5 α and the vector pSB1C3 are well suited for the following experiments. 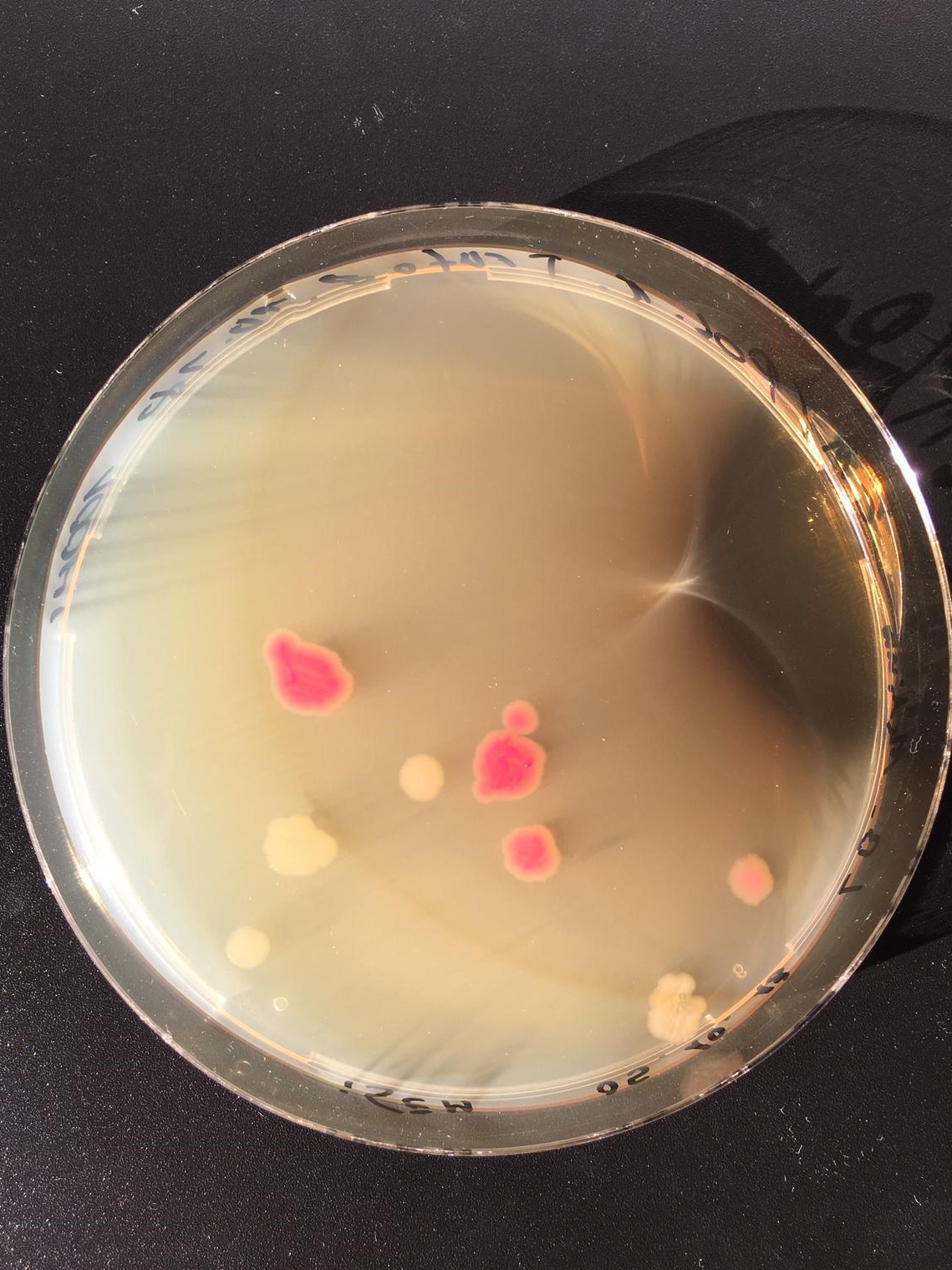 Fig. 4: Result of positive control of the transformation 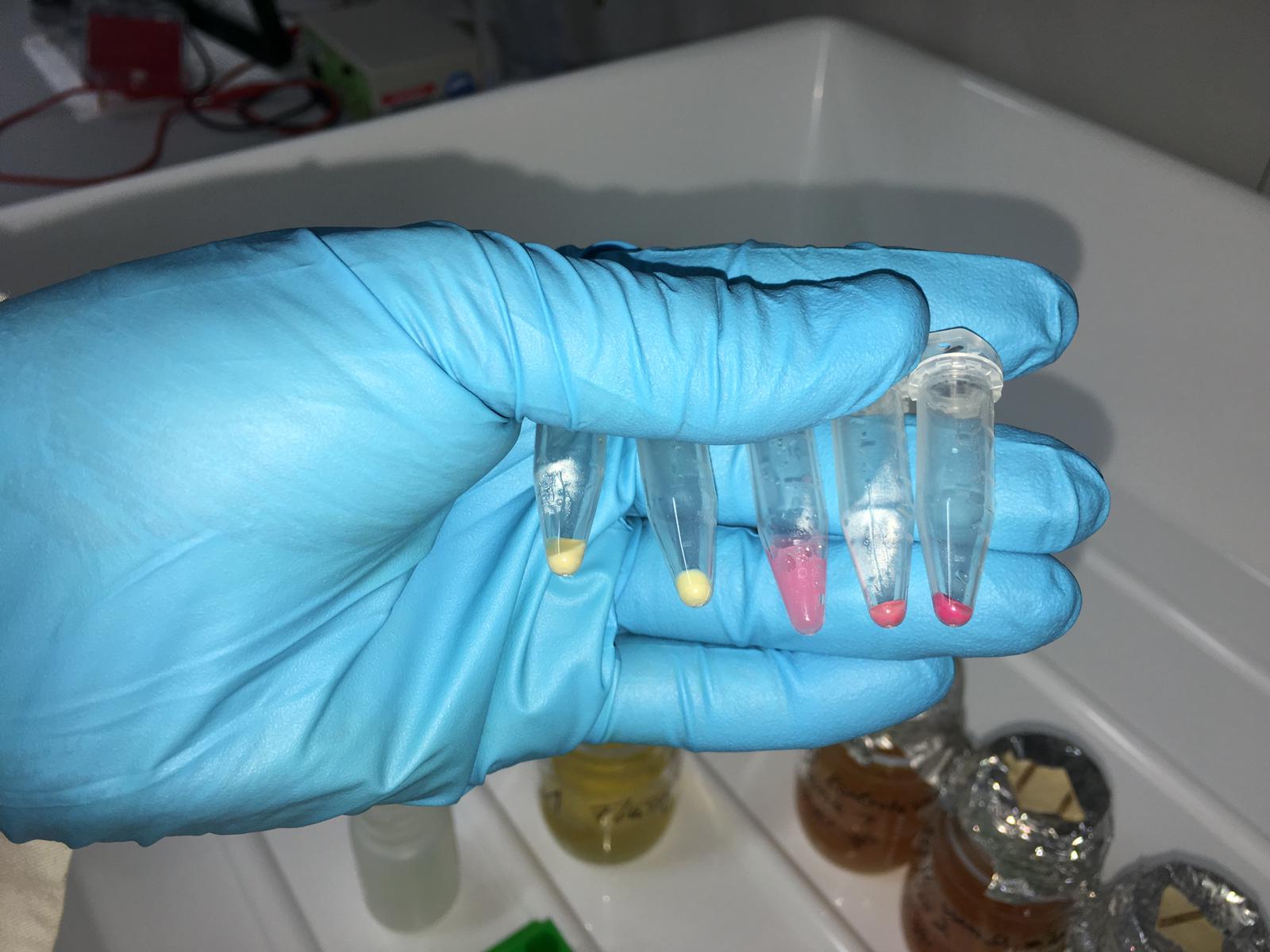 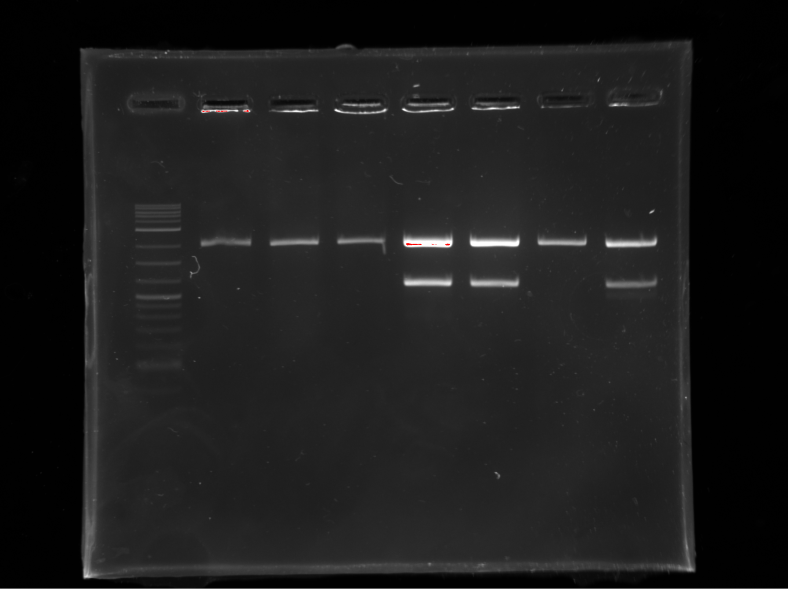 Fig. 6: Result of gel electrophoresis of the positive control colonies