Synechocystis, one kind of cyanobacteria, is more mature than Rhodopseudomonas in lactate production, but generating lots of oxygen during photosynthesis. Given the fact that Shewanella favors anaerobic environment for electricity production, Rhodopseudomonas may serve as a better carbon resource provider for Shewanella, not only because of its anaerobic photosynthesis maintaining an anaerobic environment required for extracellular electron generation in Shewanella, but also due to its capacity of reusing the waste from Shewanella. Hence, we construct a Synechocystis- Shewanella MFC and a Rhodopseudomonas - Shewanella MFC to find an optimized version of Optopia, maximzing the conversion of optical energy to electric energy. 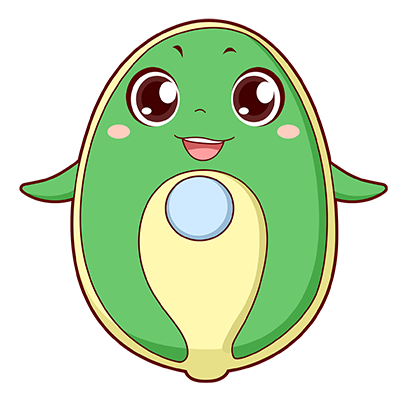 The lactate dehydrogenase gene and the lactate transporter gene are combined in one circuit to achieve lactate production and transportation. For lactate dehydrogenase gene, we chose ldhD, while ldhDc is a codon-optimized version of ldhD, ldhDnARSdR is ldhD with D176A/I177R/F178S/N180R, and ldhDARSdR is the codon-optimized version of ldhDnARSdR. These codon optimizations are aimed at increasing the production of lactate. The lldP protein gene is used to transport the lactate out of the cell. The lldP protein has 12 transmembrane alpha-helical segments and generally lacks cleaved signal sequences. Besides, it cotransports lactate with a proton[1]. In order to detect the expression of these two genes, we add the Flag and 6 × His sequences respectively after the two.

After successfully constructing these gene circuits, the shuttle plasmid pCK306 is used to transform the genes into Synechocystis sp. PCC 6803, and the yellow fluorescent protein gene on the pCK306 plasmid is used to detect the transformation. 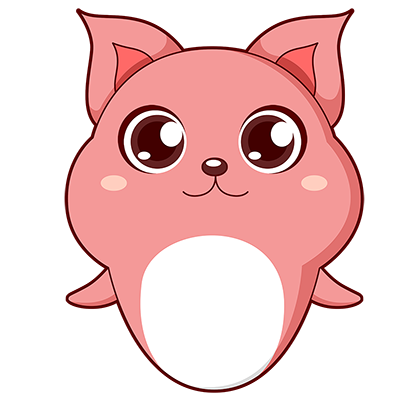 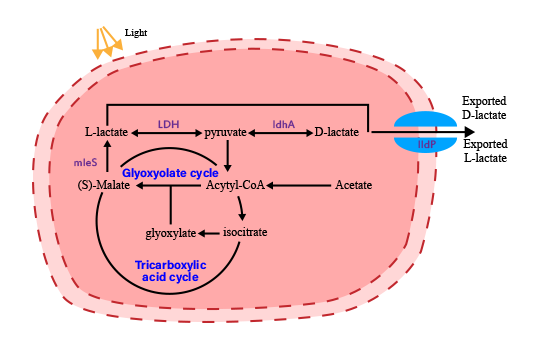 To enhance the production of lactate in Rhodopseudomonas palustris, we plan to promote the conversion efficiency of pyruvate to D-lactate and malate to L-lactate. Therefore, we decide to transfer these two genes, mleS [5] and ldhA, [6] into Rhodopseudomonas palustris to generate more lactate intracelluarly. Considering the necessity of transporting lactate out of the cells, we also apply the gene lldP [7] encoding lactate permease. Since the order of these three genes in a polycistronic lead to different expression levels [8], we build a model to optimize the gene order to maximize the gene expression. Also, we use codon optimized tool Jcat [9] to optimize the codons of these genes.

mleS：malate dehydrogenase, the conversion of malic acid to L-lactate.

lldP：L-lactate permease, the lactate is transported out of the cell.

To validate our modeling results, we continue to build three different gene circuits which can determine the highest lactate production efficiency of our total circuit: 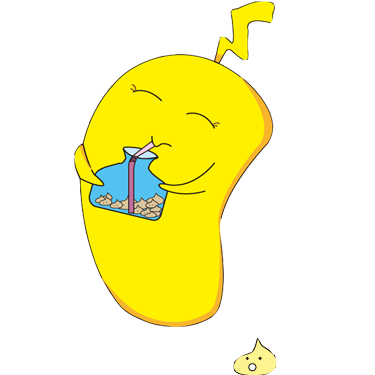 Shewanella oneidensis is becoming more and more popular these years as it could transfer electron to the electrode and generate electricity. This fascinating power mainly attributes to a number of conductive c-type cytochromes (c-Cyts) including OmcA-MtrCAB and CymA. CymA could conduct electrons to the MtrCAB complex. Then, the bacteria would use its extension or vesicles of the outer membrane and periplasm to transfer outer membrane c-type cytochromes. 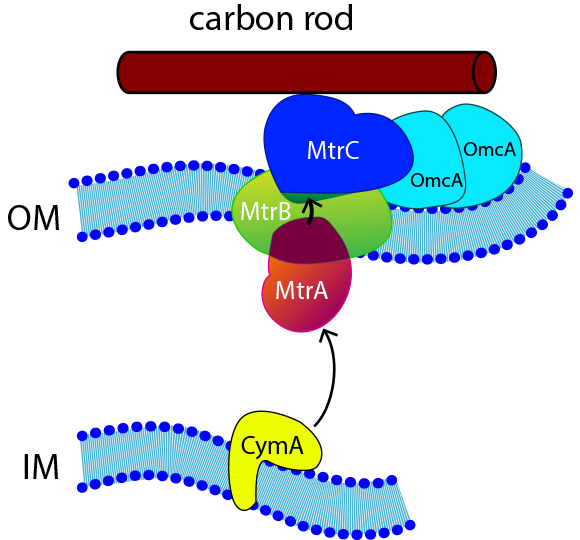 The amount of electricity produced by Shewanella is closely related to the bacteria’s metabolism.

①. Glycolysis: Glycolysis is the metabolic pathway that converts glucose C6H12O6 into pyruvate. As glyceraldehyde-3-phosphate turns into 1,3-Bisphosphoglycerate, NADH is generated, which would be used to transfer electron.

②. TCA cycle: TCA cycle is a series of chemical reactions happened in mitochondrion. The reactions of the cycle are carried out by eight enzymes and three of them including malate dehydrogenase could help to produce NADH. 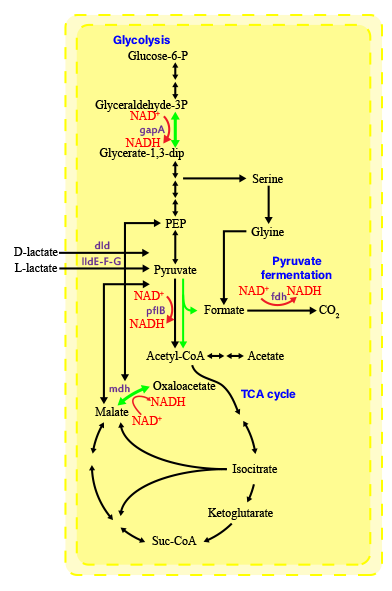 Shewanella oneidensis MR-1 prefers to use lactate as its carbon source since the amount of lactate-based biomass is more than acetate-based biomass or pyruvate-based biomass. Dld and lldEFG are D- and L-lactate dehydrogenase enzymes, which is the first step of utilizing lactate. To make the use of lactate more efficiently, we overexpress four genes: dld, lldE, lldF, lldG.[10]

②. lldEFG: They could encode a L-lactate dehydrogenase complex which could catalyze D-lactate’s transformation into pyruvate.

To ensure that the genes would be expressed efficiently, we add a promoter before lldEFG:

NADH is a significant part of extracellular electron transfer(EET) as it could carry electron. Strenghthening the regeneration of NADH would make EET more efficiently.

To achieve this goal, we overexpress these four genes: gapA2, mdh, pflB, fdh. [11]

Also, to ensure that the genes would be expressed efficiently, we add an promoter before pflB and fdh:

We have designed a bipolar chamber MFC this year. Proton exchange membrane divided it into anode chamber and cathode chamber. Anode chamber containing S.oneidensis, nutrient substance(LB、lactate ) or other electrical producing microbes were sealed to prevent the entry of external oxygen. Considering safety and oxidation-reduction potential, we put ferric chloride solution in cathode chamber so that S.oneidensis can transfer electrons outside of their membranes by electron transport chain. Then electrons will reduce ferric ion into ferrous through carbon cloth and produce electricity. We recorded open circuit voltage curve and load voltage curve of MFCs in each different systems. Also, we have measured the biomass of each system in order to ensure whether the improved electricity could be attributed to more attached Shewanella cells on the anodes or the higher electroactivity of single cell.[11] 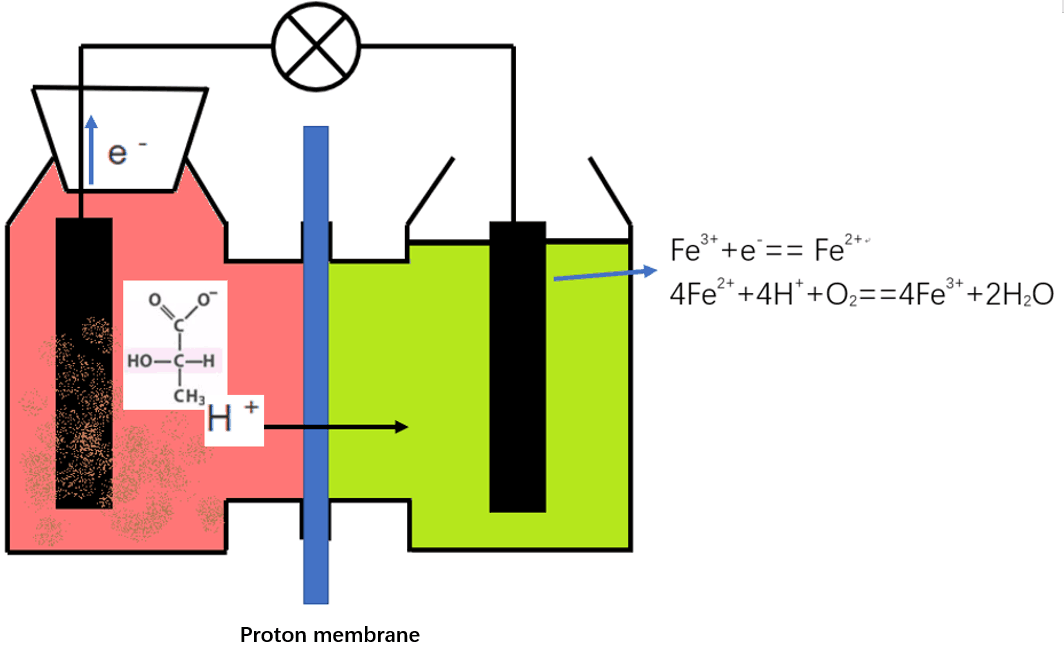 Obviously, the ecological relationship between microorganisms is very complex. There is not only the competition between them for the nutrient, but also the regulation of metabolites among them including induction, transgenosis and synergistic metabolism. Besides, it has been found that the co-culture of microorganisms can improve the electric efficiency of Microbial Fuel Cell under certain conditions.

By consulting literature, we found two kinds of microorganisms——Synechocystis sp. PCC 6803 and Rhodopseudomonas palustris, both of which can utilize light energy and provide lactate to S.oneidensis after doing molecular construction.

In order to provide a basic growth environment, we mix the culture medium of different strains.（Please refer to our protocol section for the composition of the mediums.） 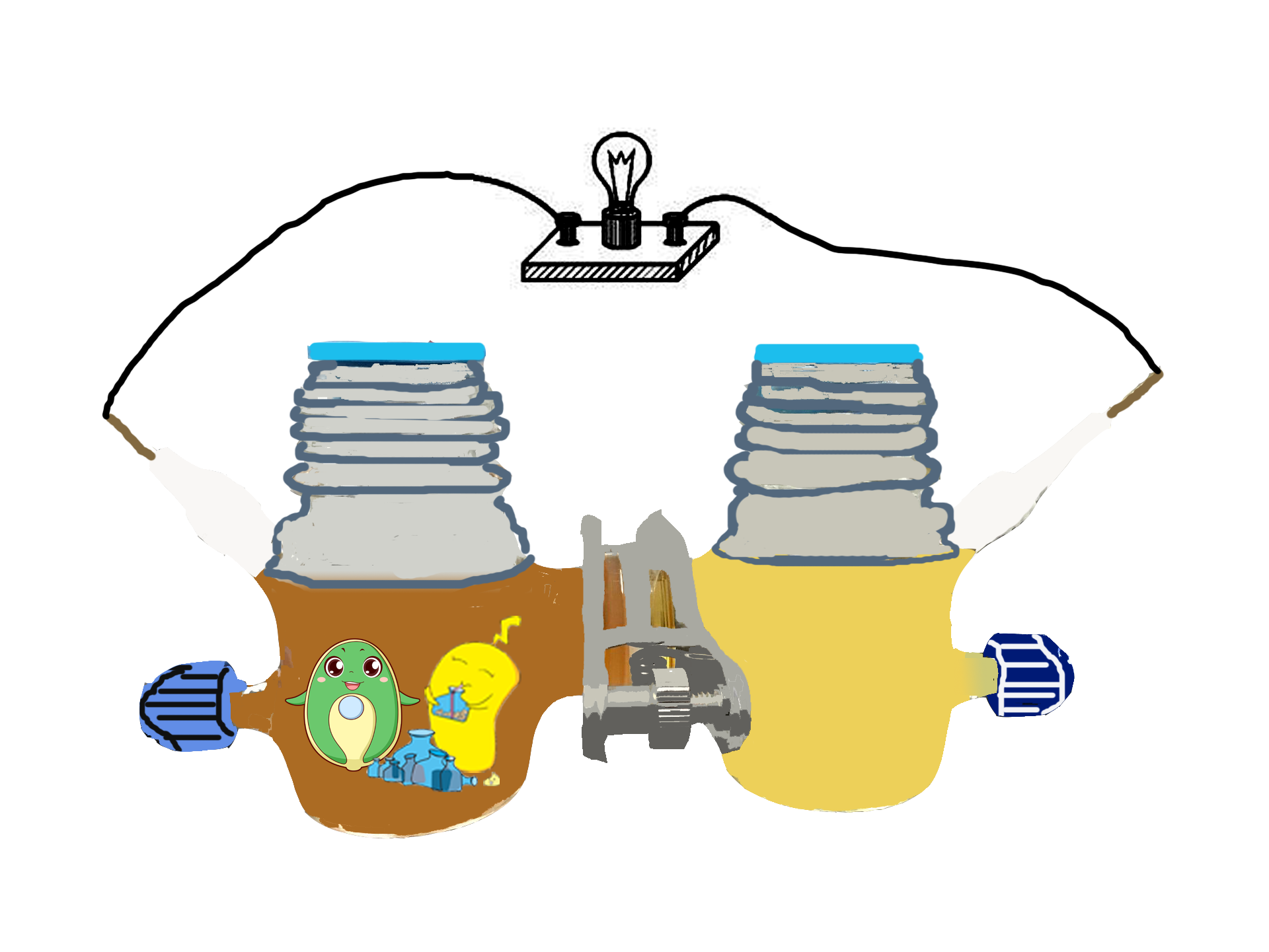 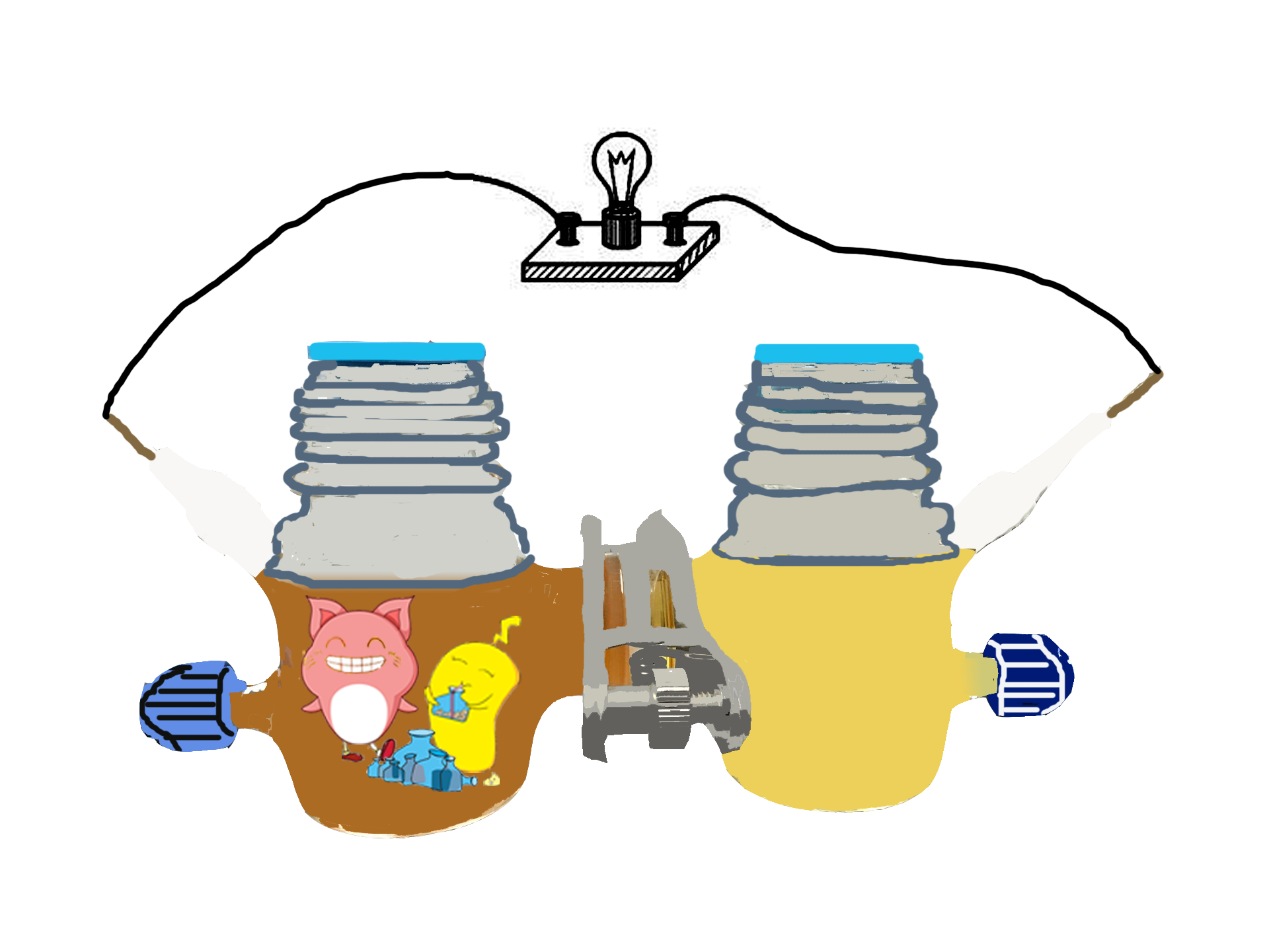 
4.2 As Synechocystis PCC6803 and Rhodopseudomonas palustris are used to transfer light energy to lactate, we would like to replace the promoter with light inducible promoter, which would make the engineered bacteria more intelligent.


4.3 Sewage is a type of waste water which contains many kinds of nutrients. We want to replace LB medium with sewage and make our device much more environmentally friendly.


4.4 We also want to integrate the targeted genes into the genome of engineered bacteria so that we can not only use medium without antibiotics which would reduce the growth rate of bacteria, but also have no need to take the plasmid loss into consideration.