1. A communication with our professors

In the initial project design, we hope to co-culture cyanobacteria and Shewanella to build a bio-power producing system. Cyanobacteria could utilize solar energy to produce lactate, which can be the carbon source of Shewanella. Then, Shewanella could produce electricity. However, during the discussion, Professor Yunjun Yan pointed out a serious problem. Cyanobacteria would inevitably produce oxygen during photosynthesis, and Shewanella's electrogenesis relies on an anaerobic environment. This contradiction will make the system we build unstable and hard to work efficiently and continuously. We started to search for another kind of photosynthetic bacteria. After some effort, we finally chose Rhodopseudomonas palustris. This kind of bacteria can not only carry out photosynthesis without restricting the growth of Shewanella, but use sodium acetate as a carbon source for growth. Acetate is a metabolite of Shewanella after using lactate. Based on all these facts, Rhodopseudomonas palustris is a really great “teammate” to work with Shewanella. When we set up the project, we try to make the project more related to social production and life. We decided to cater to China's energy transformation strategy and provide a new idea for utilization of solar energy. We communicate the experts of this field to know more about the concerns and requirements from the society, thus guiding our project to work in a more efficient way.

We took a visit to Shenglong Electric and Hiconics Drived Technology Co. These two companies mainly focus on producing electrical energy and designing more efficient solar panels. Workers over there gave us some information about the current status and future development direction of electrical industries. They also put forward some valuable opinions on our projects in many directions, such as portability, environmental protection and market ability.

a. A Visit to Shenglong Electric

Shenglong Electric is one of the leading manufacturer of power transmission and distribution equipment in China. Shenglong Electric's business covers all provinces and cities in China and more than 20 countries overseas. We visited the company on August 9, 2018 and made an interview to their technical director. He mentioned that the biggest limitation to the construction of photovoltaic power plants is natural conditions. There is no suitable large-scale land to build solar power stations in the eastern regions in China. However, the electricity consumption in this area is really high. It will be a good idea that we use bacteria, a system at a really small scale to produce enough electric energy to solve the land limitation problem. In addition, traditional solar panels are very susceptible to weathering. So we designed that when exposed to light, Rhodopseudomonas pallidum absorbs light energy and stores it in the negative electrode chamber in form of lactate. When the light is off, even if the lactate in the negative electrode chamber is consumed, its content will not change abruptly. That means the microbial fuel cell has a certain energy storage function itself so that we can save the cost of the energy storage device in our project.

b. A Visit to Hiconics Drived Technology Co. (Wuhan)

On August 15, 2018, we visited Hiconics Drived Technology Co. (Wuhan). This company’s products mainly focus on equipment manufacturing and high-tech industries with high-end manufacturing of energy-saving equipment, new energy vehicles and environmental protection. Representatives from the company took us visit the new energy vehicles, solar charging sheds, charging piles and charging stations they designed. They told us many things about the development of solar energy in our country, the national policy of new energy generation and the existing main problems at present, such as the recycling and reuse of solar panels made of monocrystalline and polycrystalline silicon and the impact of secondary pollution. We still need to pay more attention to the by-product of our “Optopia” to avoid the pollution. Because we are still working at a small scale, the pollution cannot be detected. We are going to do experiments at a larger scale to see its impact on the environment if possible. 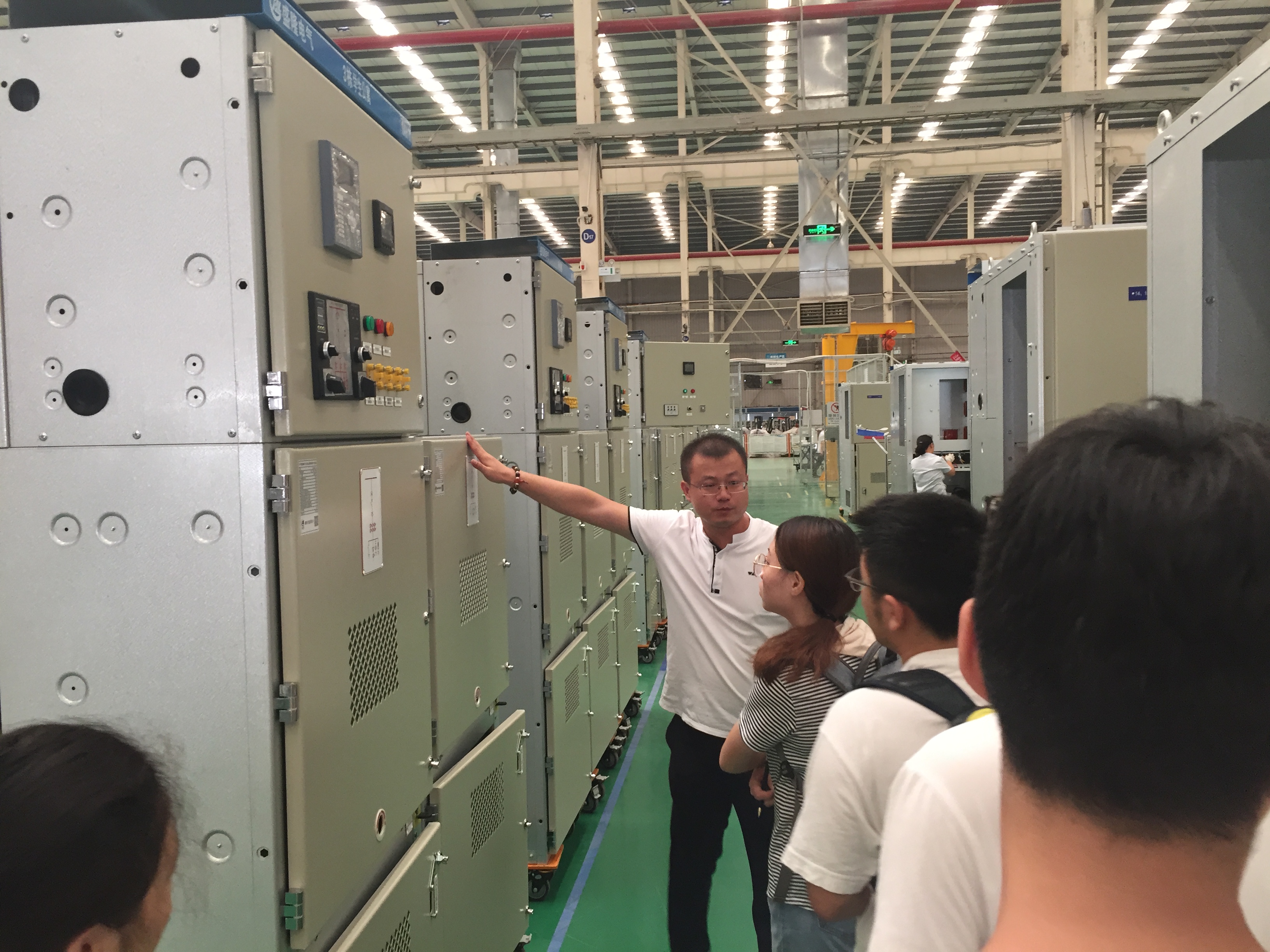 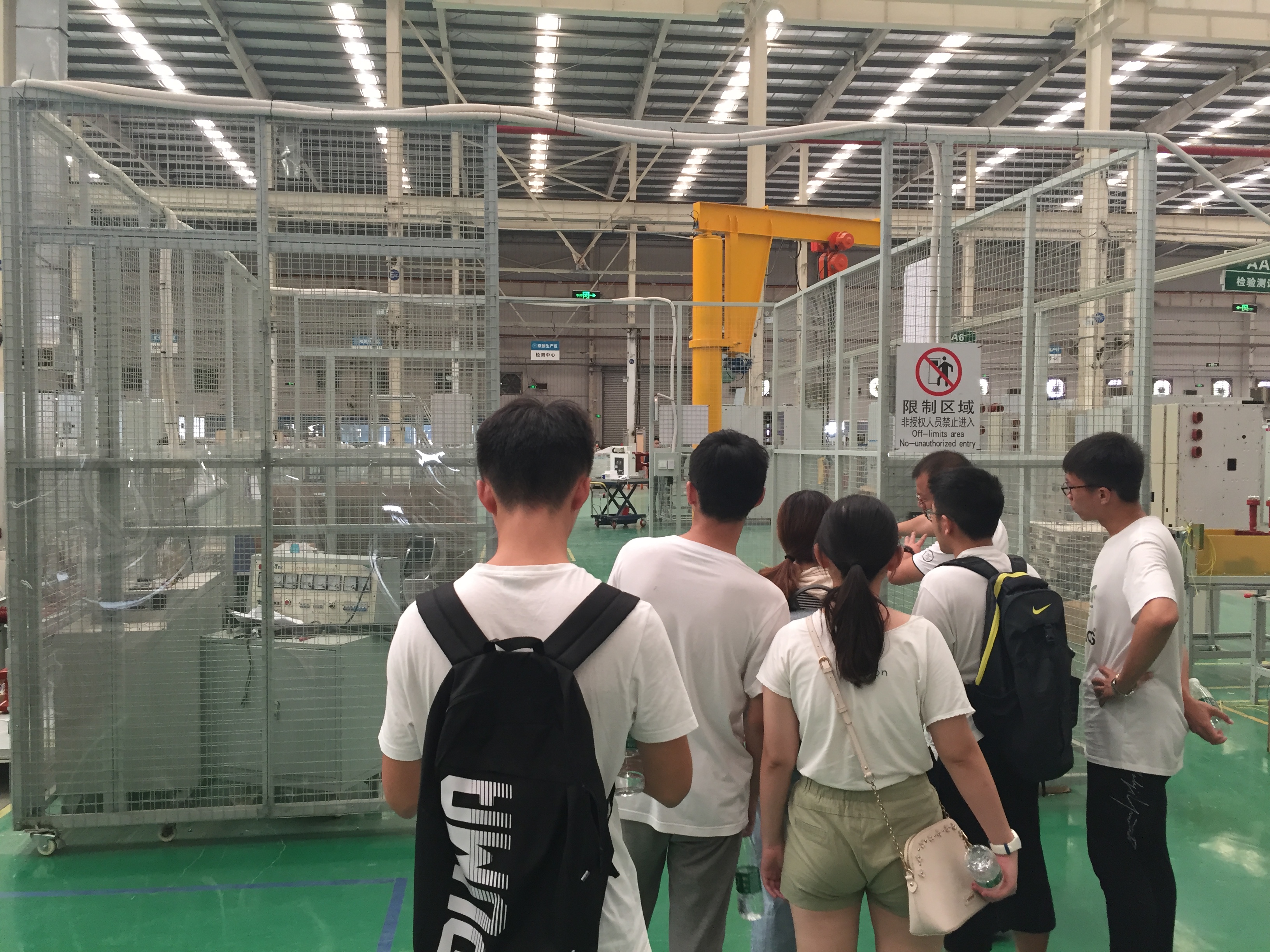 3. Communicate with the professors

a. An Interview to Professor Zhiguang Zhu from TIBI

We are really lucky to get the opportunity to interview Professor Zhiguang Zhu, a professor who studies biomass fuel cells based on multi-enzyme catalysis. We gave Prof. Zhu a detailed introduction to the synthetic biology knowledge related to our project and asked about the feasibility of our project ideas. Prof. Zhu highly recognized our project and further discussed with the team members about the possible content of bio-batteries. After that, Professor Zhu and our team members discussed about the current international market of bio-power generation and the problems to be solved in bio-electricity industrialization, which inspired our team members about the practical application of bio-generation. He also gave some suggestions to our project. For example, we are now simply mixing the 2 kinds of bacteria together, but this may lead to a greater internal electronic resistance. Moreover, as Rhodopseudomonas palustris can transfer solar energy into lactate, we can use this part to do something else such as medical production. This interview not only gave us a further understanding of our projects, but also broadened our horizons and gave us an insight into the global status of bio-generators.

b. An Interview with Professor Yinhua Zhou of WNRCO

Professor Yinhua Zhou from the National Research Center for Optoelectronics of Huazhong University of Science and Technology is mainly involved in the research of organic/polymer semiconductor energy devices. During the conversation with Professor Zhou, he gave a professional explanation to make us a understanding solar energy even further. After that, Professor Zhou explained to us in detail the advantages of solar energy projects. Our team members exchanged our ideas with Professor Zhou on the current situation of solar energy and market prospect. This conversation taught us a lot of biological knowledge that we did not learn in the past, and also pointed out new directions for our future science and technology. He pointed out several problems existed nowadays in solar energy projects, such as the obstacles between the application of solar energy projects and real life, the commercialization of solar energy, the cost and so on. Therefore, we will take these issues into consideration and try to reduce the area of the power stations in order to build them in the east of China, where is lack of electricity..