Indigo is an ancient dye, which has a critical application today. As one of the parts of our project, we hope to learn more about this dye. Considering that the dye used in traditional Hmong batik is indigo, we visited a Xiangxi batik workshop from August 20th to 21st, 2018.
A. About Batik
Batik is the ancient folk traditional textile printing and dying craft in China. After dyeing with blue enamel, it is dyed with wax, and the cloth surface has various patterns of blue-white or white-blue flowers. At the same time, in the dip dyeing, the wax as a dyeing agent is naturally cracked, which makes the cloth surface have a unique ice pattern. It is simple, generous, fresh and pleasing, and has ethnic minority characteristics. 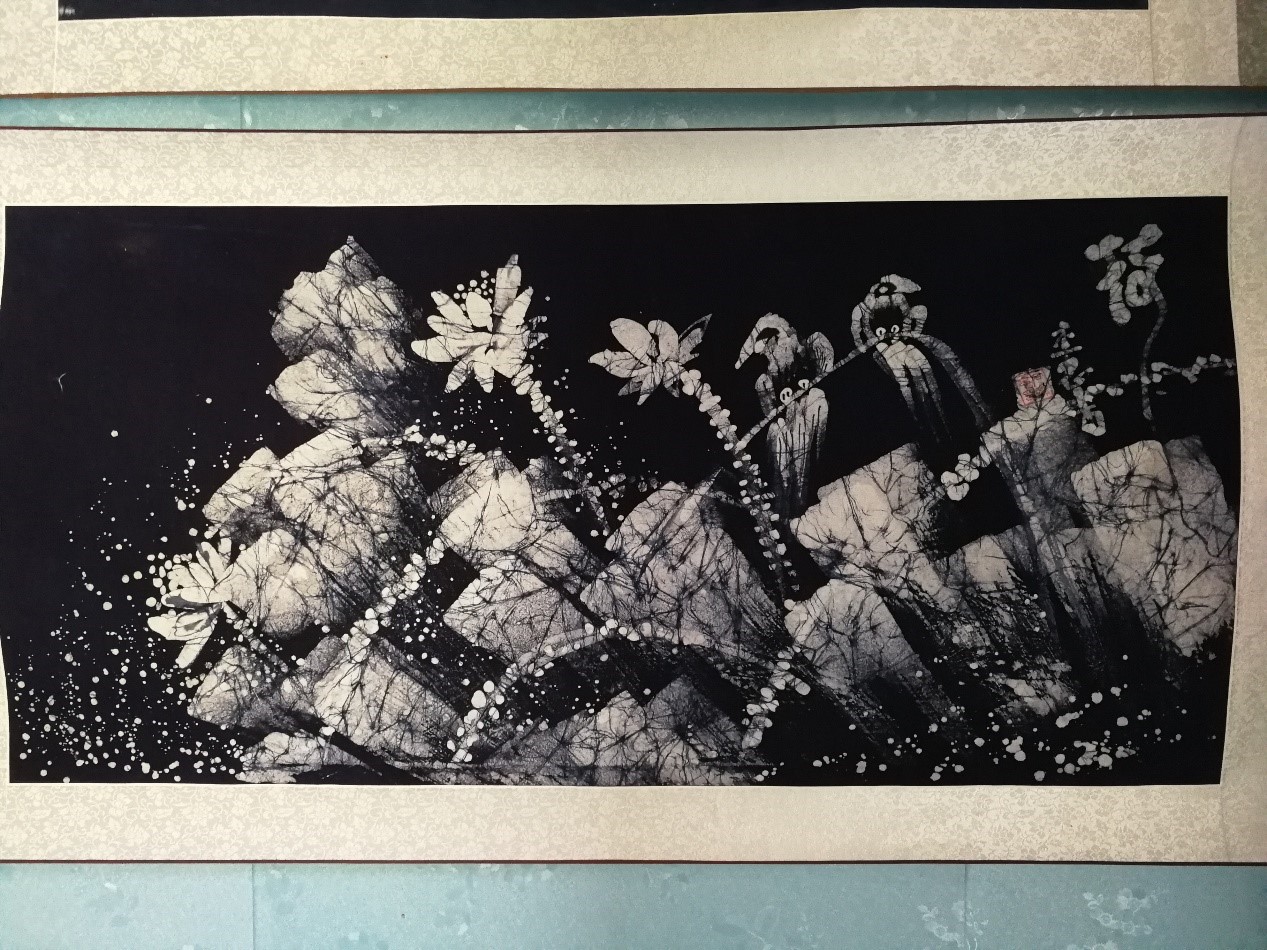 （Fig1. Xiangxi Bakit craft）
B. About Indigo
Indigo is a blue dye that was used by ancient people to dye and coat many years ago. With the advancement of technology, indigo has been mainly used in the dying of denim fabrics in recent years. Generally, indigo is chemically synthesized on an industrial scale from aniline. We often need to use sodium dithionite as a reducing agent in the process. However, sodium dithionite decomposes to form sulfate and sulfite which can corrode equipment in dye mills and wastewater treatment facilities.

(Fig2. Indigo production process)
People began to search for new indigo synthesis methods that are more consistent with the concept of sustainability. Among them, the method of biosynthesis of indigo is a promising alternative synthesis method. The biosynthesis way has the advantages: first of all, it’s easy. Second, it solves the problem of storage and transportation of indigo. Indigo would fail after a long-term storage, while long-term indican remain stable. This makes it possible to transport indican over long distances without deterioration in dyes instead of traditional complex methods. This also brings new vitality to the batik process. Third, since the cells have been broken before it was used to dye, and E. coli is less pathogenic to the human body, we can guarantee that this method is sufficiently safe. Finally, our project provides an idea for the synthesis of indigo. We hope that later researchers will be able to find some better ways to synthesize indigo on our basis. We can’t decrease the needs of indigo, but we try to use syn-biologic way to produce it in a more environmental-friendly way.
C. About the interview 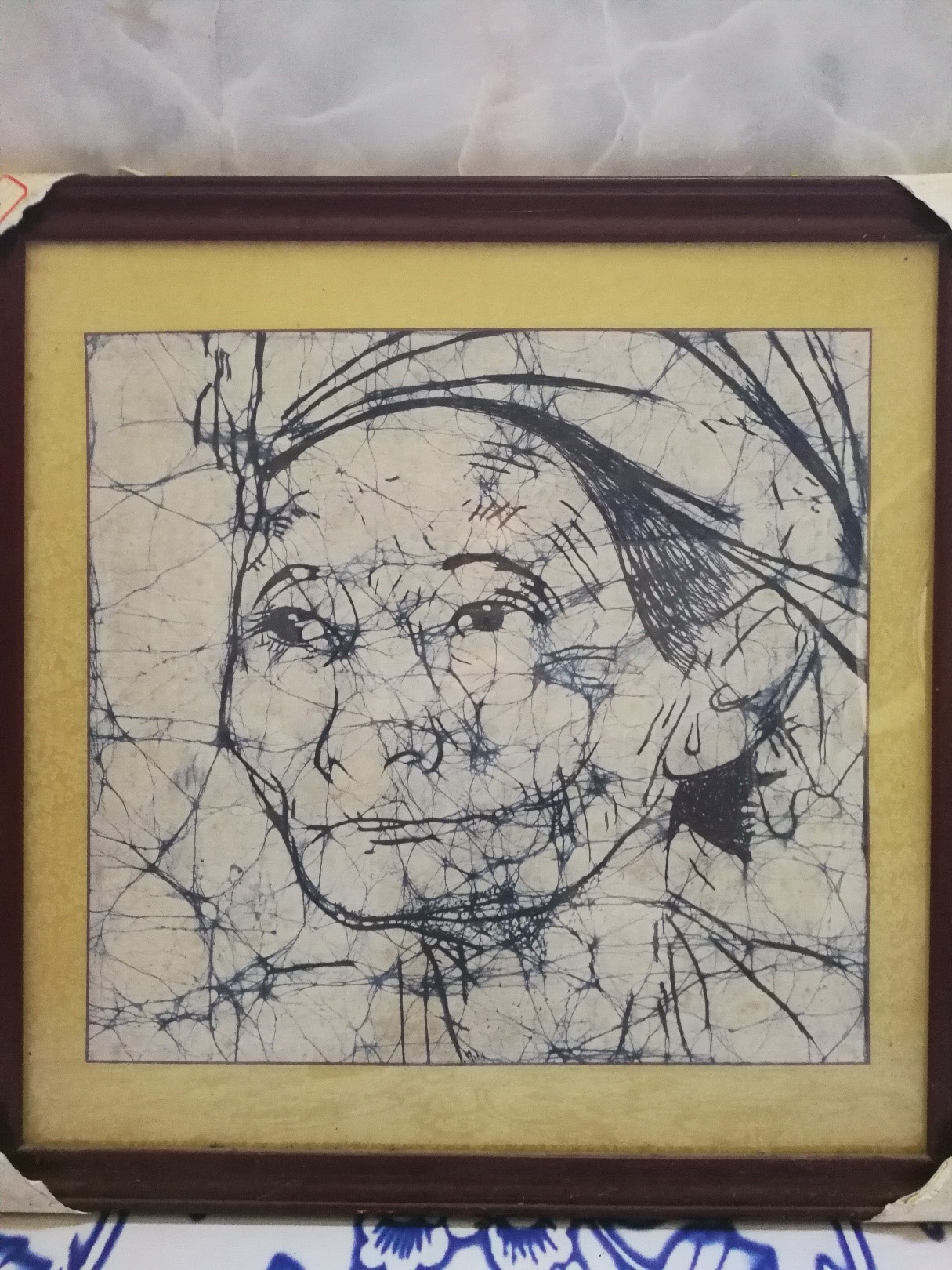 （Fig3. One of Mr. Shi’s works.）
During the interview, we asked the personal experience of the craftsman Shi Jiezhong, Mr. Shi, and the opportunity for him to embark on the batik craft road. Also, we also asked Mr. Shi about the primary process of batik and learned that the traditional batik dye indigo was extracted from plant bluegrass. From his perspective, Mr. Shi also helped us analyzed the advantages and disadvantages of chemical dyes and pure natural dyes. “Plant dyes and chemical dyes have their advantages, and the effects of their products are not the same,” said Mr. Shi. Mr. Shi's method of making indigo is the traditional method. The raw material he uses is Polygonum tinctorium, which means he needs to take a long time to produce a standard-compliant dye. Our project just solves the problem of obtaining dyes, which gives the art of batik more possibility. After the interview, we helped Mr. Shi to teach the pupils to make some Bakit crafts. In this part, we learned how to dye the cotton further. We discussed the practicality with Mr. Shi, but we didn’t get any useful information because he can’t understand our project clearly. However, we get to know that we still have a long way to go to let more public know syn-biology. We must not only carry forward the spirit of sublation in this process but also should always think about the possibility of combining traditional art with emerging science. The topic of this SCU-iGEM research competition represents a bold attempt by the members of the association and steadfast love of ethnic minority culture. We hope that this topic will be a meaningful exploration and give a new possibility to traditional culture. 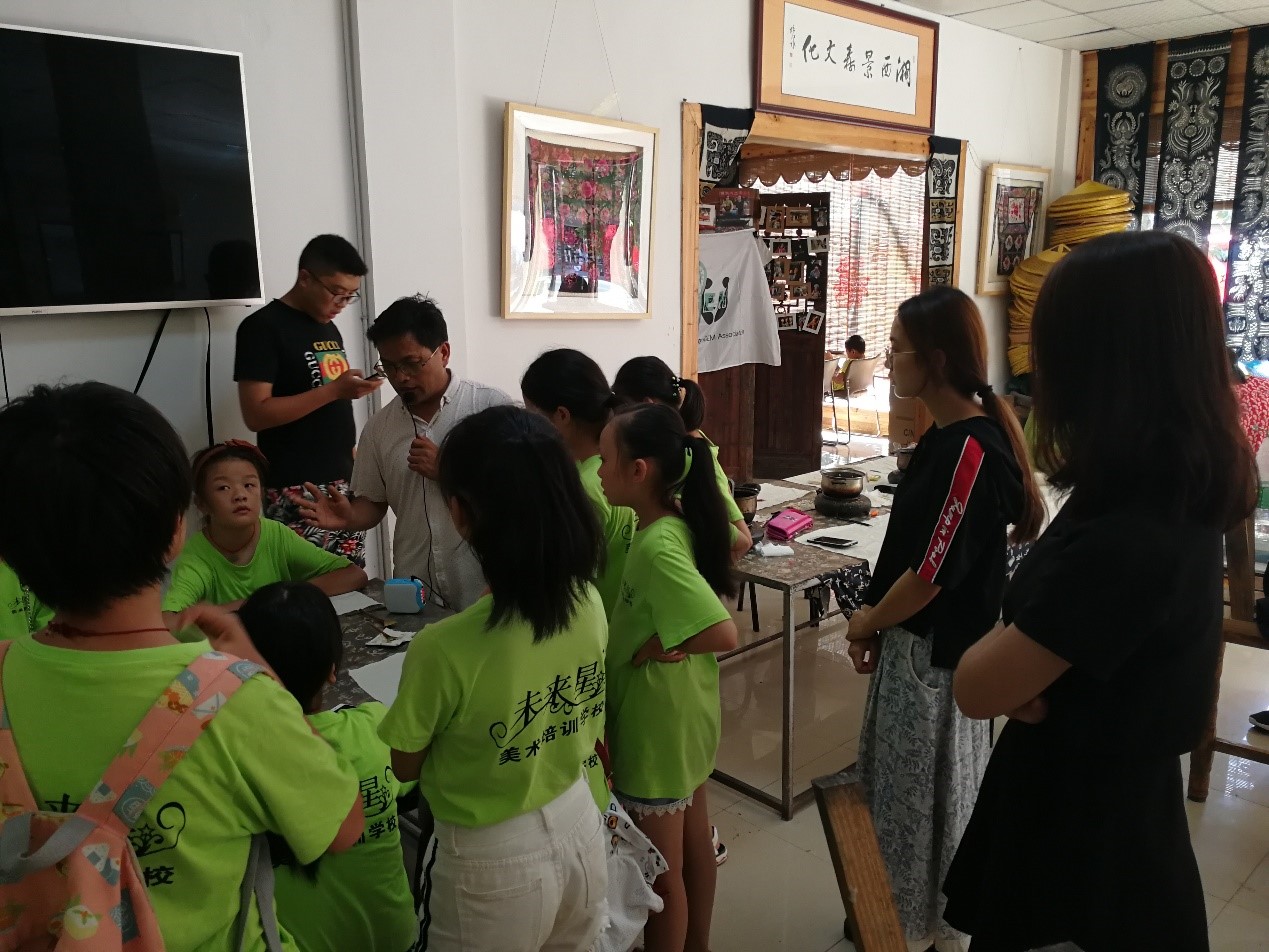 In order to popularize our project and strengthen the connection with the public, we carried out the exchange activities with the summer camp students of Chengdu University of Information Technology. They came to Sichuan University to obtain more knowledge about life science. And we hoped to introduce the concept of synthetic biology to junior high school students, as well as to find a better way for public education. In the activity, we presented the basic regulatory logic of CRISPR -programmer and explained the way to use sgRNA to regulate downstream gene expression. One of the students was very interested and asked:"Is it possible to make the regulation quantified?" Our answer was yes. We explained that different levels of repression can be achieved by regulating the base distance between the parent promoters and the PAM sites. Although the students had little knowledge of synthetic biology, they showed a great interest, a strong curiosity and good acceptance for CRISPR -programmer. And their understanding of CRISPR -programmer got off the ground. 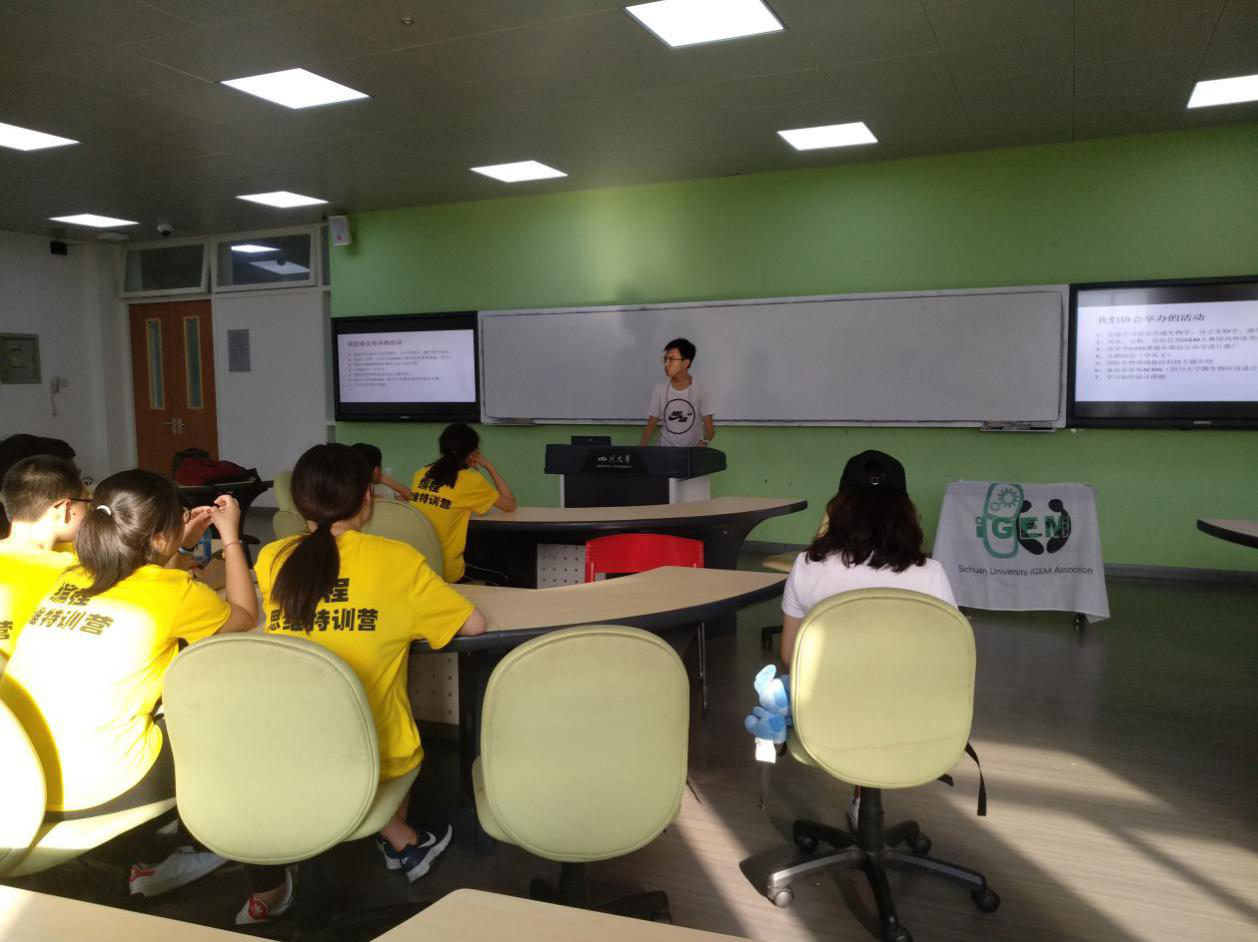 Figure 5. Class in Chengdu University of Information Technology
Then, we presented the application of CRISPR -programmer that we transformed specific genes into Escherichia coli to produce indigo. In this way, we can solve the pollution problem of chemical synthesizing indigo and the engineering E.coli which can produce indigo was called Endigo by us. After we explained the principles and methods of Endigo, one of the students questioned the production cost of it. This was a very good question. For industrial promotion, we have to think about the cost as well as the feasibility in laboratory. In fact, the price of indigo produced by our engineered E.coli was estimated to be lower than that of traditional chemical plants' products. So our Endigo is a very good choice. As we can see, Endigo is a pretty good option. However, one of the students also put forward his concern. Will people accept the biological way of modifying bacteria to produce indigo and color their clothes? As for the worry of this student, our team had considered carefully before. There is a fact that yogurt, lactobacillus beverage and other microbiological commodities have been benefiting the society for a long period of time. People have been no longer "talking about bacterial face goes pale". Our project is equipped with appropriate biosecurity, has a promising prospect utilization and it can be accepted by the public for sure. To make our project understood and accepted by more people was exactly the purpose of our public education. We also developed a course on gene routing design and guided the students to utilize synthetic biology method to solve existing problems. This course was very popular with them. One of the students, referring to our idea of Endigo, proposed that we should use E.coli to synthesize other industrial products, like improving the way of paper making and solving the problem of organic matter pollution in paper mills. It was difficult for us to give a perfect answer to this question. But we were glad to see the students being inspired by our project and trying to use synthetic biology to solve some problems. We encouraged all students to continue to learn more about the relevant knowledge of what they are interested in, which may be the beginning of their journey towards synthetic biology. 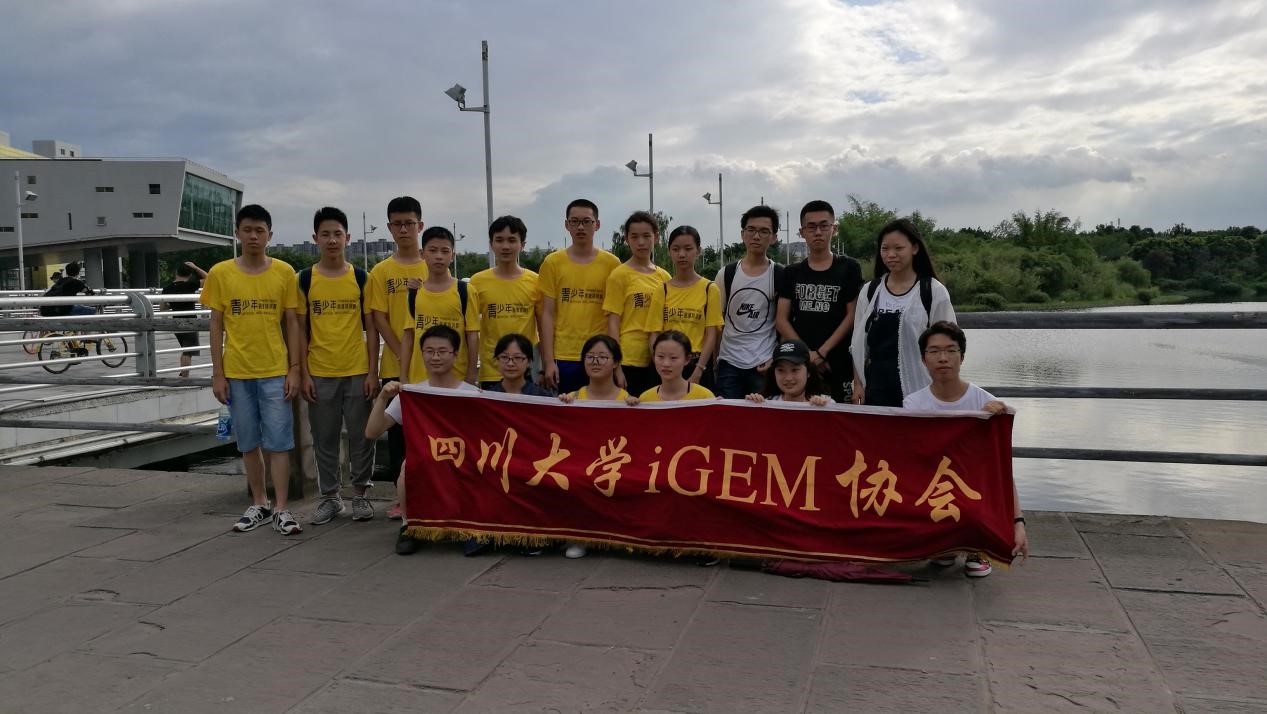 Figure 6. Class in Chengdu University of Information Technology
Through this activity, we have gained a good experience of popularizing CRISPR -programmer and Endigo to those who have no scientific research experience. We hope that our project can be known and accepted by more people. The students' interest in and identification with our project greatly increased our confidence in our project, and we are of strong confidence for the spread of synthetic biology among students.

In 2018, we held the Sichuan University 2018 Architects Competition of Microorganism Application (SCU_ACMA), which is a theoretical design competition sponsored by the College of Life Sciences of Sichuan University and SCU_iGEM. ACMA draws on the scientific research thinking of iGEM and encourages students to utilize various subjects’ knowledge to solve problems in real life. It provides a platform for students to develop their innovative ability, broaden their academic horizons and learn about the frontier of science. The theme of this competition was microbiology and industrial production. Each group is supposed to envision and design their projects, and finally participate in the oral examination. After the preliminary competition, 7 teams were chosen to attend the final. After their examination, the students of Sichuan Agricultural University and Sichuan University of Science & Engineering also showed their ideas at the final. More than 10 professors attended as judges, who scored based on the feasibility, innovation, degree of completion and prospect of the project. After the final examination, one gold medal, two silver awards and four bronze awards were issued. Abstracts of projects awarded Gold and Silver are listed as followed: 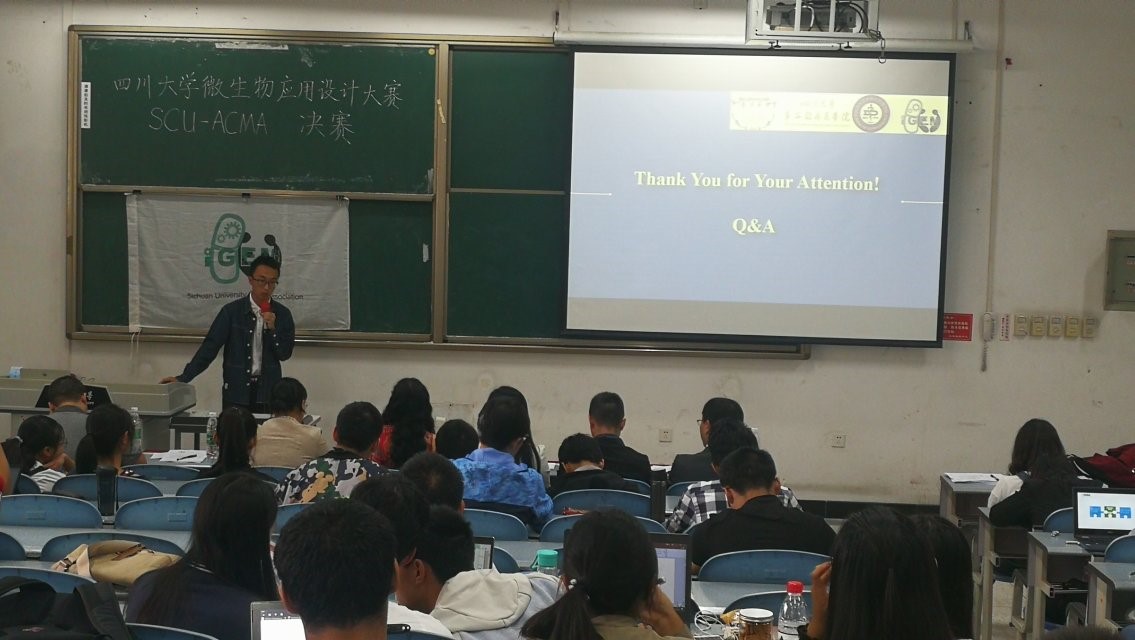 Figure 7. Participant in the final examination
In addition, SCU_iGEMers shared the idea of ACMA and the content of the competition with other iGEMers at CCiC. Many teams expressed their willingness to participate in such a competition and hoped to hold similar competitions in their schools, so this year we wrote a guide on ACMA for other teams’ reference.