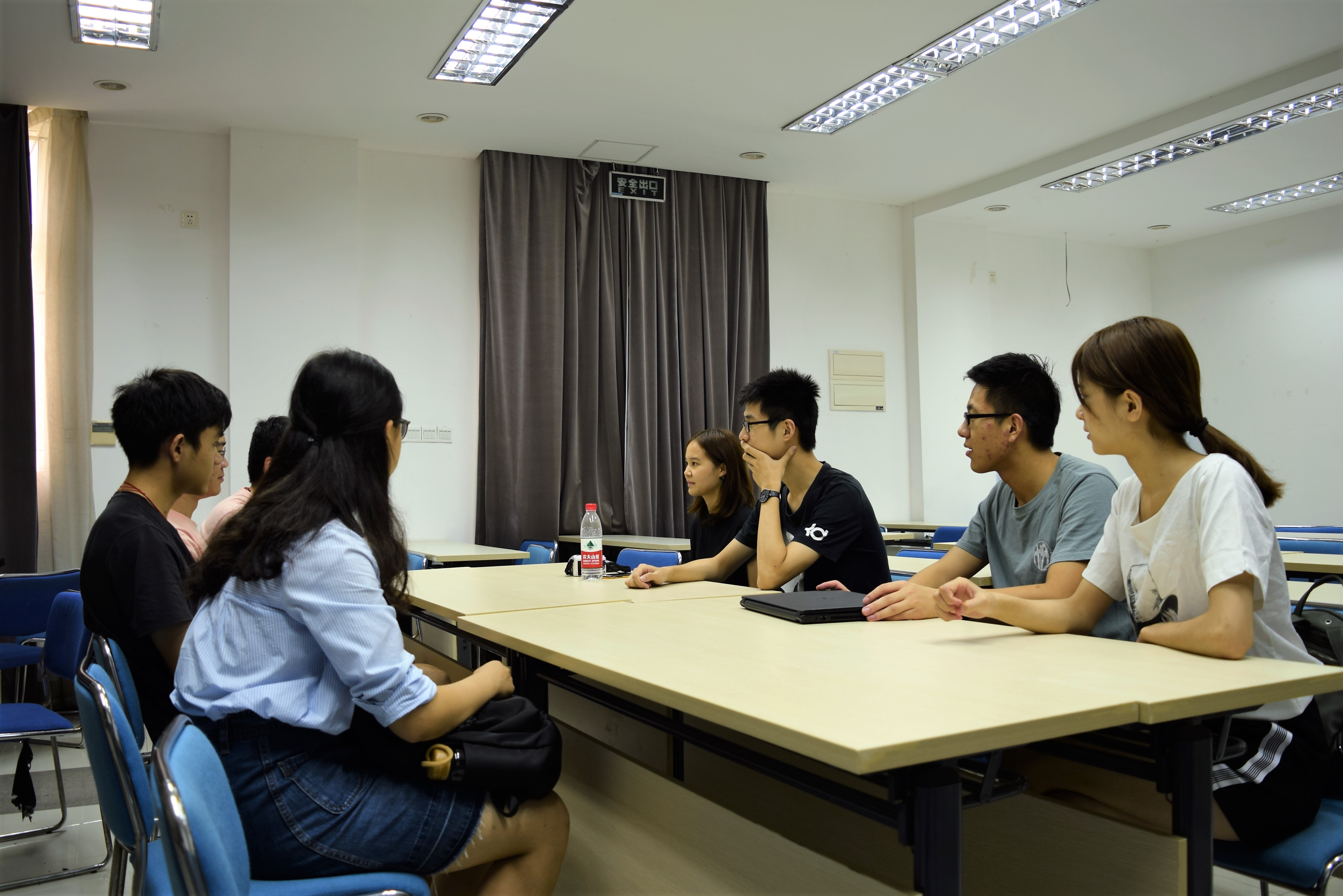 On September 23rd, we met each other in our lab. Tongji-software gave us some suggestions on network visualization and showed us how D3.js package was used. They helped us to deploy the package with an example. And we taught them the FVA function in COBRA toolbox and some methods to do gene knockout analysis on the result of flux balance analysis as well. They added this function into their software later. 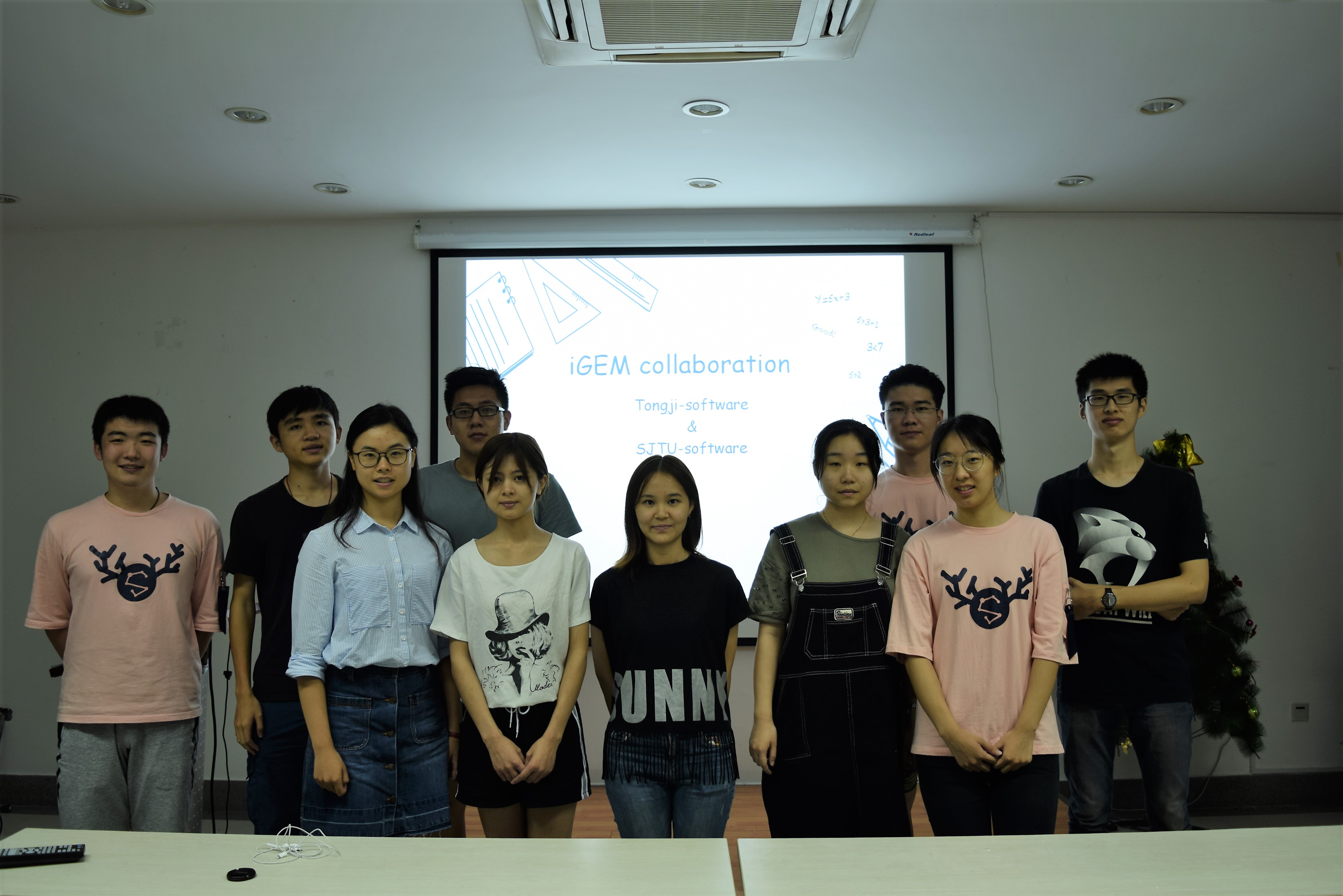 Besides the communication on projects, our team leader Yangzhen Wei shared some experience in Giant Jamboree as an old iGEMer. What’s more, he shared some tips about transportation, climate, sightseeing in Boston.
USTC-software team
After completing our tool box, we invited USTC-software to run our β test. And they gave us some feedbacks. They pointed out problems on user guiding, and gave us their opinions. Then we improved our software in the way they recommended, making our software more user-friendly.
We also participated in their test. Their software, Biohub was an experiment process recording tool. It was convenient for process-experiment recording. Creating process module and sharing them in the community facilitated the communication between researchers. We gave them advices on visualization and multithreading experiment recording. In the end, we exchanged some of the visualization methods.

Welcome to use our software!

Department of Bioinformatics and Biostatistics, SJTU