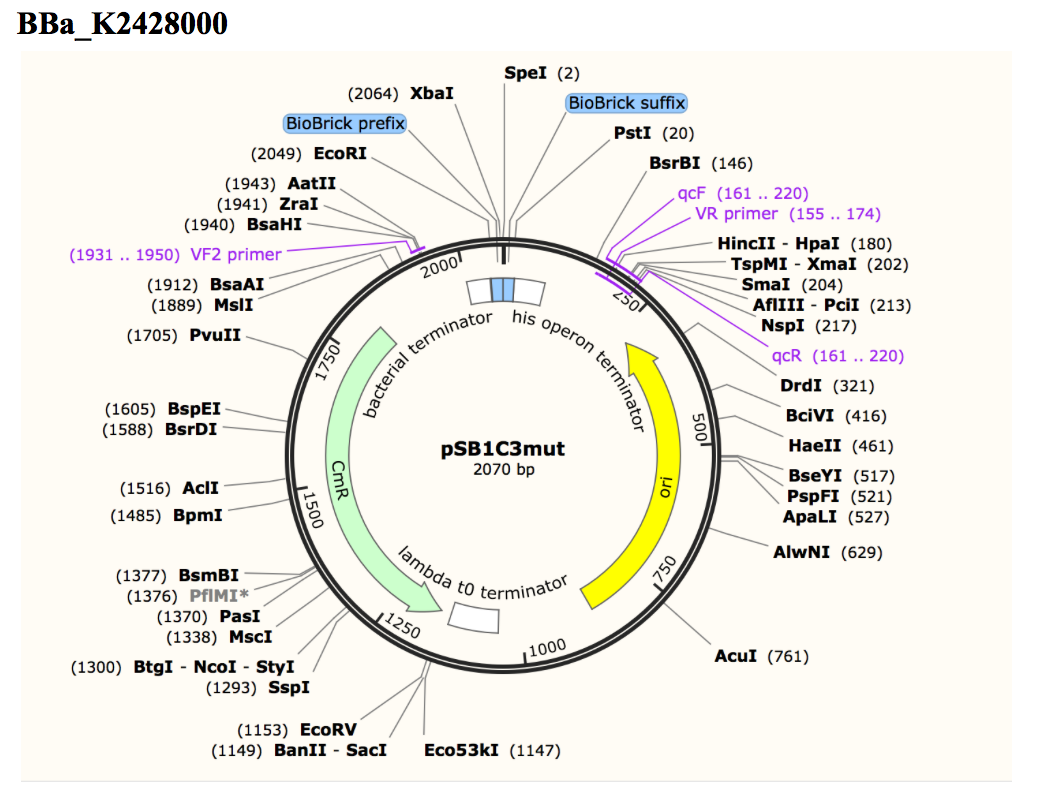 Our team put this part into psB1C3 to create psB1C3mut. It is a mutagenized, circularized form of the plasmid backbone psB1C3. The UChicago team cut the linearized psB1C3 sent from iGEM with XbaI and SpeI, then ligated the DNA back together to create a circularized psB1C3 plasmid. QuickChange PCR was performed to create blunt-end restriction sites (such as HpaI) for cloning not within the prefix/suffix region of the original psB1C3 iGEM plasmid. As part of the 2017 iGEM competition, we aimed to create a shuttle vector that could be expressed in both E. coli and Pichia pastoris, so that other iGEM teams could design plasmids for use in both of these organisms. We wanted the yeast selection marker (which makes the plasmid a shuttle vector) to be located within the backbone of the plasmid. In other words, so that other teams could easily put genes into the shuttle vector plasmid, we did not want the yeast selection marker to be within the prefix/suffix regions of psB1C3. This led us to design psB1C3mut, which has blunt-end restriction sites for cloning not within the prefix/suffix region of psB1C3. We cut the psB1C3mut we made with HpaI and EcoRI as part of a diagnostic digest. We ran a gel of these diagnostic digests and took an image of the following result: 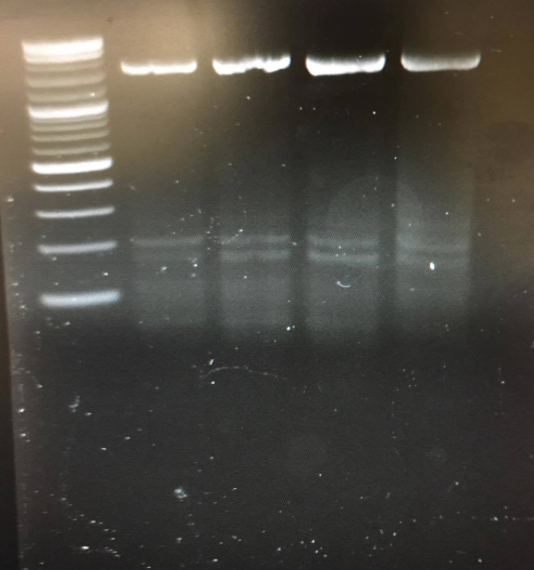 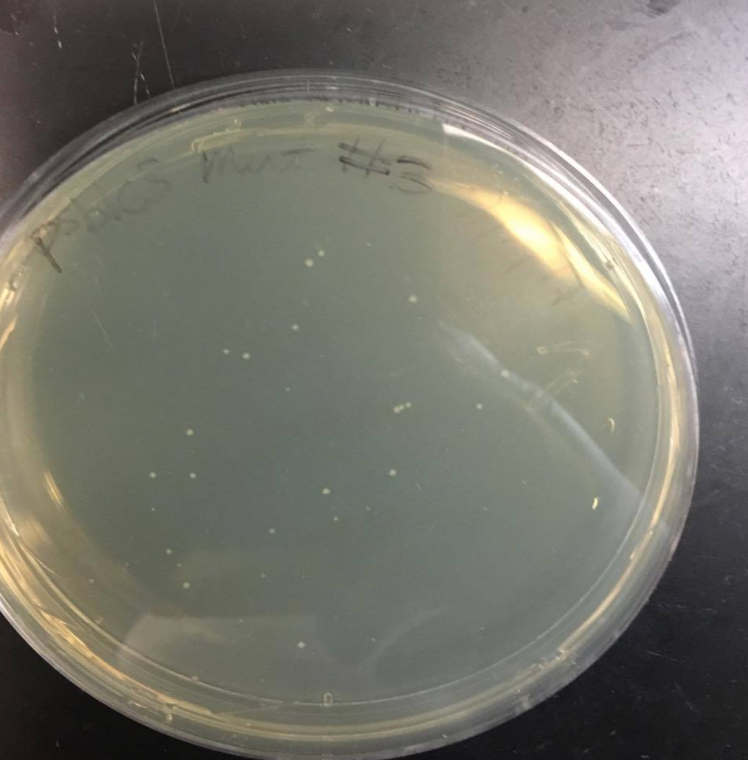 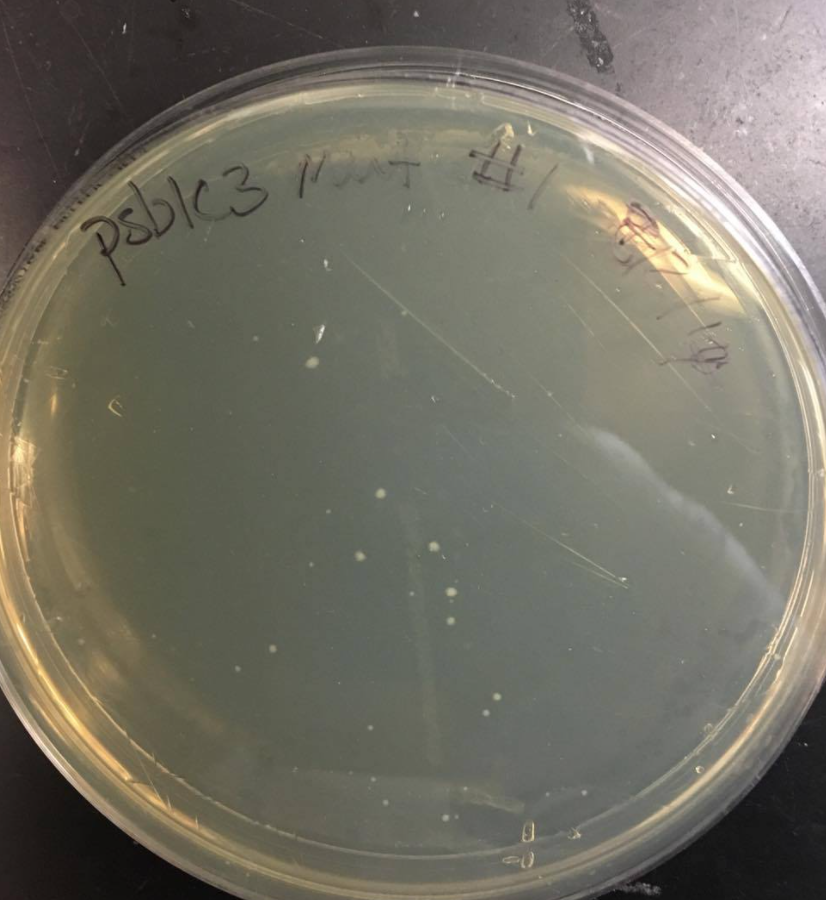 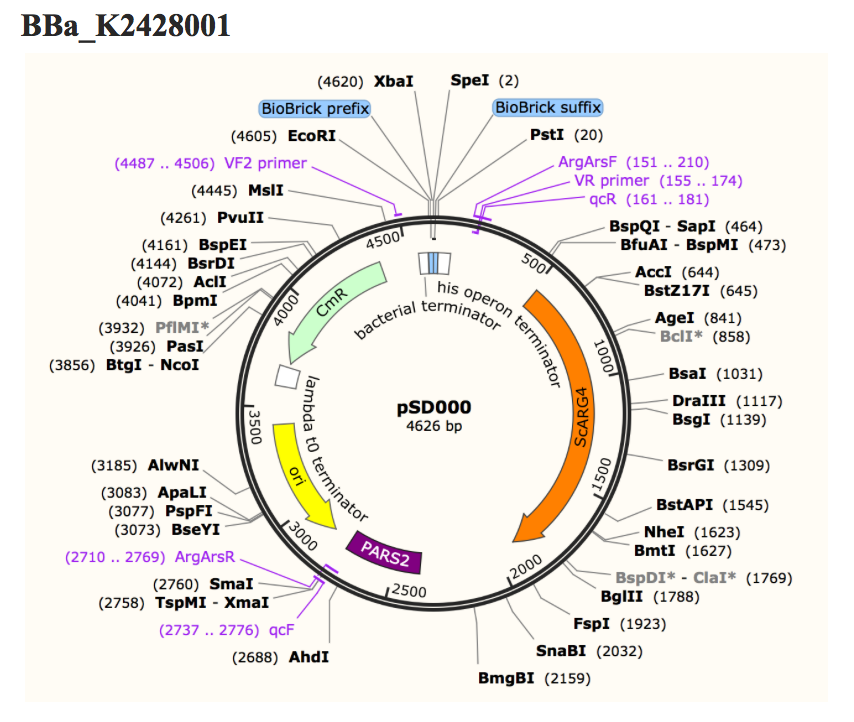 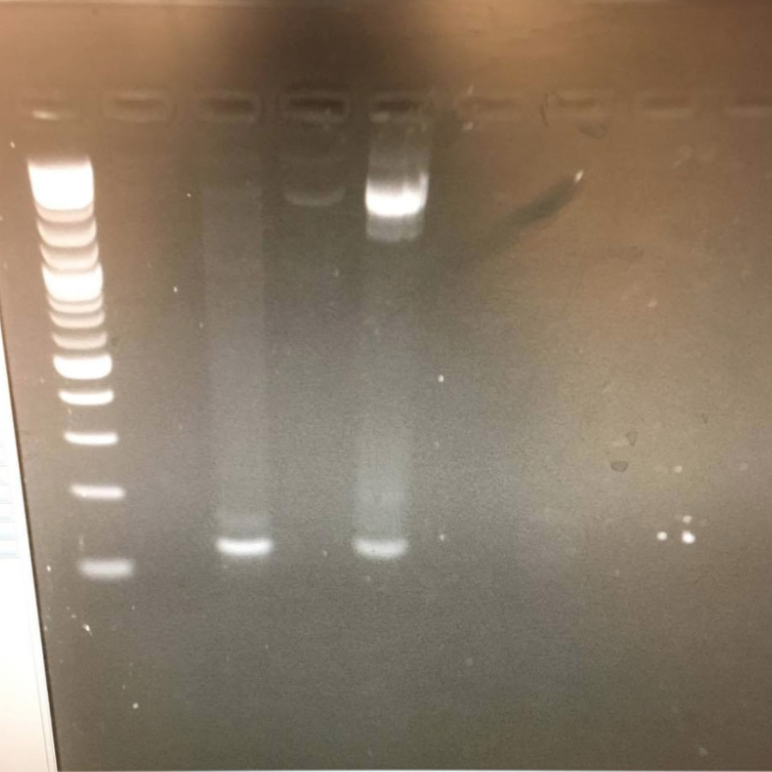 Using Gibson assembly, we added these two genes into psB1C3mut, resulting in psD000. The presence of SCARG4 and PARS2 in our construct means that psD000 is a shuttle vector (it can be transformed and expressed into both E. coli and yeast, since the DNA has autonomous replicating element and self-producing arginine). We transformed psD000 into E. coli and grew the bacteria on LB + chloramphenicol plates, confirming psD000 can be expressed in bacteria and has chloramphenicol resistance: 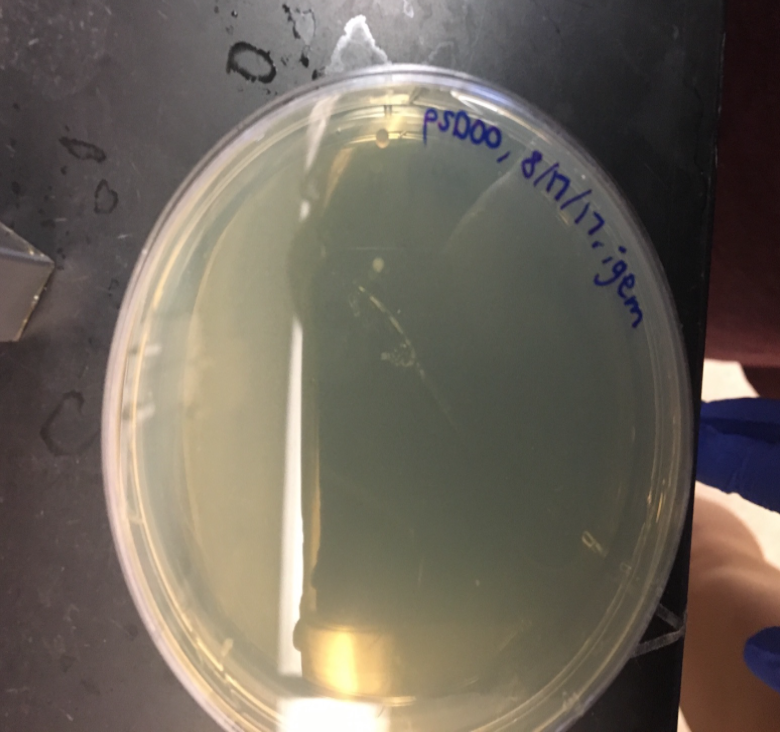 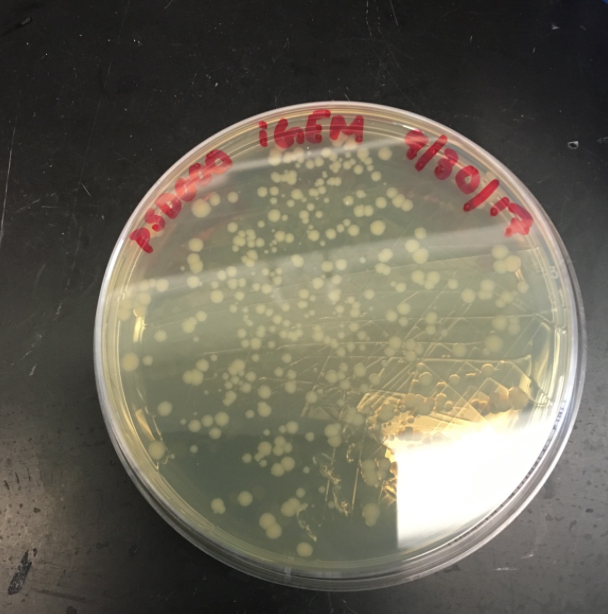 We transformed psD000 into the yeast strain Pichia pastoris and grew the yeast on -Arg dropout plates. This confirmed that psD000 can be expressed in yeast and has the ArgArs gene (which produces arginine, allowing the yeast to survive on plates not containing arginine).