This part is a kanamycin resistance gene flanked by Golden Gate recognition sites. To elaborate the mechanism, kanamycin interacts the 30S subunit of ribosome and causes mistranslation. This antibiotic is thought to be “harsher” to chassis thus the resistance protein has to be expressed in large amount for cells to survive. The dynamic range for kan-KanR is wider but does not match the level of cellular level of D-psicose produced by DTE. Tl-Cp hairpin is crucial for KanR to exert suitable growth pressure.

This part is a streptomycin resistance gene flanked by Golden Gate recognition sites. Streptomycin also interacts with bacterial ribosome and tRNA complex. This results in unstable translation complex and leads to its breakdown. This kind of disruption of translation has similar effects as indels occur in mRNA, which causes frame shift in proteins and eventually kill the cell.

The mechanism of part K2791009 is similar what we have seen in K2791008. But practically speaking, the resistance protein corresponds to streptomycin is less “strong” as KanR. We have seen pretty low growth rate even when resistance protein SmrR is efficiently expressed. This suggests K2791009 would be not a good candidate as K2791008 for our directed evolution design.

This part is an ampicillin resistance gene (β-lactamase) flanked by Golden Gate recognition sites. Ampicillin belongs to the family of β-lactam (penicillin) antibiotics. It enters the outer membrane of Gram-negative bacteria and mimics the D-Ala-D-Ala structure in peptidoglycan monomers. When transpeptidase binds to it, it irresistibly blocks the functionality of this enzyme and eventually breaks down bacterial cell wall.

It is expected that this antibiotic is “friendlier” to bacteria. In our characterization, it helps bacteria survival even when the inducer is in small amount. Its sensitivity region is pretty restricted thus is not ideal for directed evolution.

The Tl-Cp cassette includes a series of 4 basic parts which are homologous but differs quantitatively. Questions this cassette tackles with are the most crucial ones underlying directed evolution and as well as synthetic biology itself: How to match the input and output of cascades of regulatory elements and how to determine the level of final yield, in this case, the antibiotic resistance proteins. 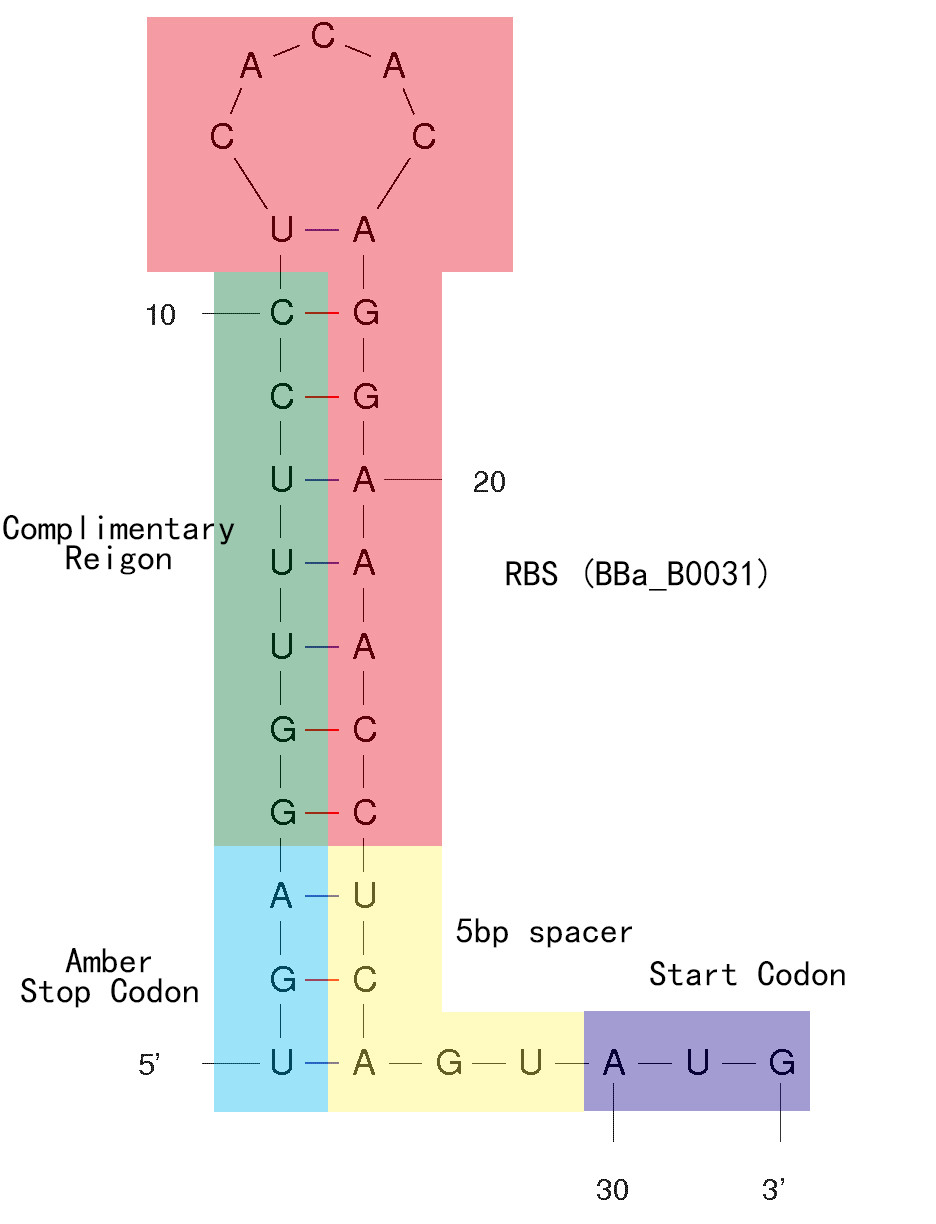 The design of Tl-Cp cassette takes advantage of the helicase activity of ribosome. When ribosome approaches to the end of upstream CDS, it will unwind the hairpin structure between two CDS and make the downstream RBS approachable. The length of this hairpin structure corresponds to the optimized distance that a ribosome can unwind.

From the mechanisms above and previous researches (Mendez-Perez, 2012), we can conclude with confidence that through such hairpin structure, the downstream translational level is quantitatively associated with the upstream (which is actually driven by its own RBS).

XJTU iGEM team has proposed a new framework for directed evolution. We have applied this framework to promote the productivity of D-psicose, a valuable rare sugar. In this case, the productivity of final product, D-psicose, undergoes a series of conversion and finally yields a distinguishable growth pressure to individual chassis cell. Four genetic devices have been constructed and unit tests been performed on each to ensure that the final device will work. The four devices are Sensing Circuit, Selecting Circuit, Coupling Circuit and Evolving Circuit.