We have built three models to showcase our parts.


Through the model, we can see that the initial measured fluorescence value is relatively high, then it decreases sharply and then gradually increases. We speculate that this is caused by the Fade gene in E. coli, which will affect the added fatty acid and thus affect Expression of fluorescent proteins. 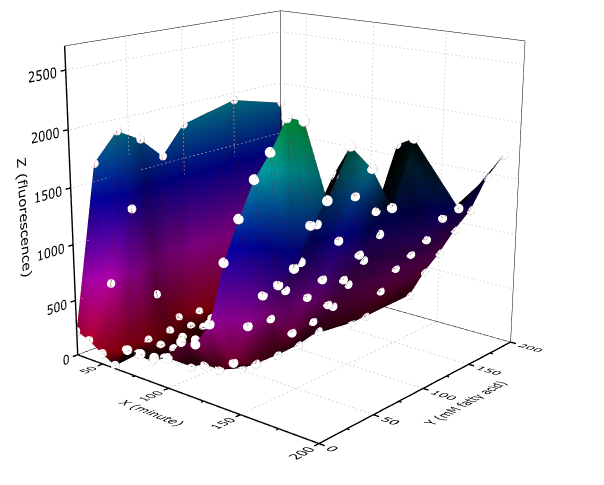 The figure below shows the measured fluorescence model data.

The picture on the right shows the biological model of Fadr. Fadr achieves its mediated regulatory function by binding to an operator sequence. In the absence of LCFA, FadR inhibits FA degradation by binding to a site in the fad gene promoter, and by binding to the promoters of the fabA and fabB genes. The site to activate UFA biosynthesis. In the presence of LCFA, they are transported into cells by FadL and activated to LCFA-CoAs by FadD. The resulting activated LCFA-CoAs bind to FadR, causing a conformational change that causes it to release from the DNA and cause derepression and inability to activate its regulated promoter. This model clearly demonstrates the interaction of FadR with DNA. The blue part represents the amino acid and its position, and the red part indicates its interaction with the corresponding site of DNA and the distance between the two points and the bond length. In order to eliminate the influence of fadE gene on fatty acids, we used RED recombination system to knock out the fadE gene, then transferred it to our constructed plasmid, re-measured the fluorescence value, and verified the fatty acid ec operon. 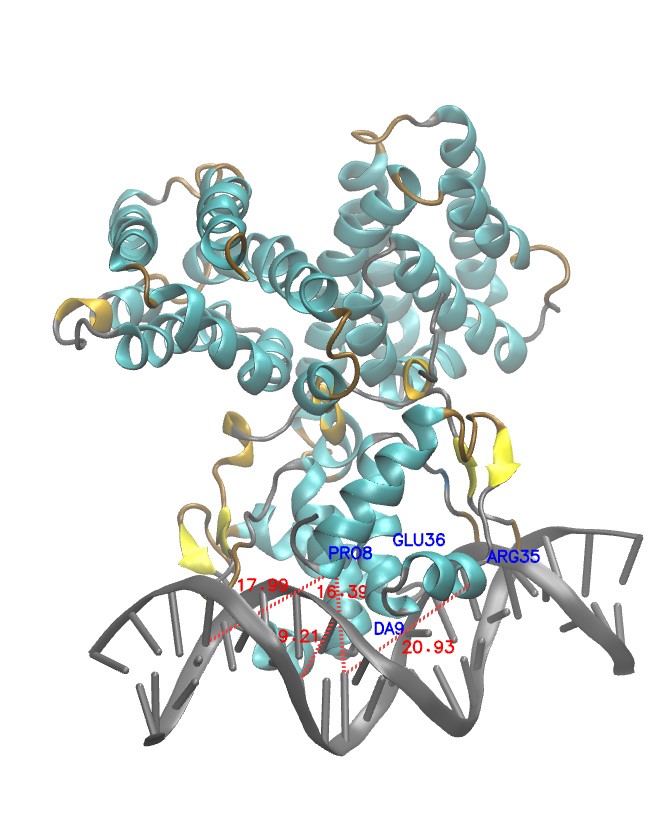 We all know that operons are the switch of gene expression, and synthetic biology means that people connect "genes" into a network, allowing cells to accomplish the tasks that the designer envisions.[1] So we modeled the plasmid we constructed into a circuit network as a model. Of course, this is an ideal state model, and the factors in the cell will be more complicated. 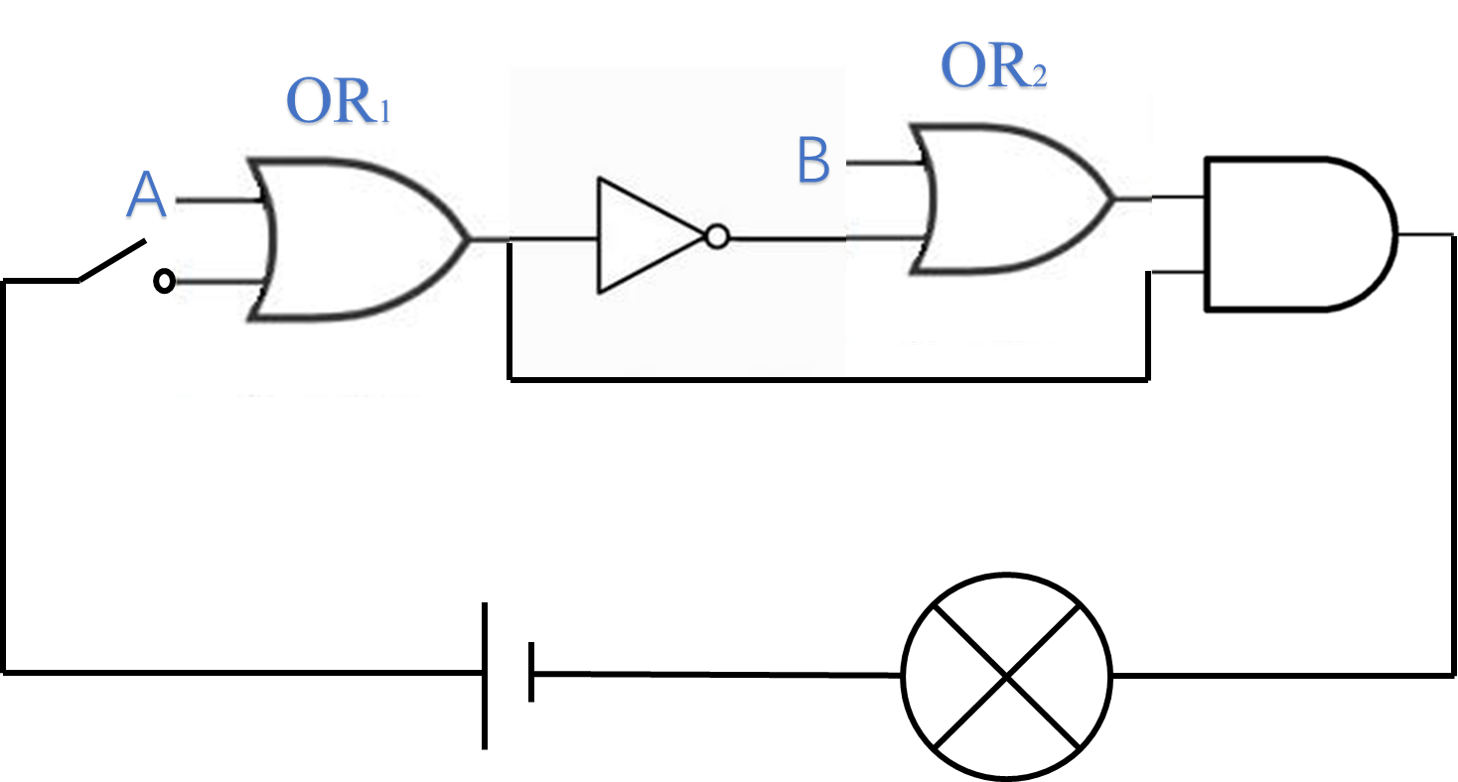