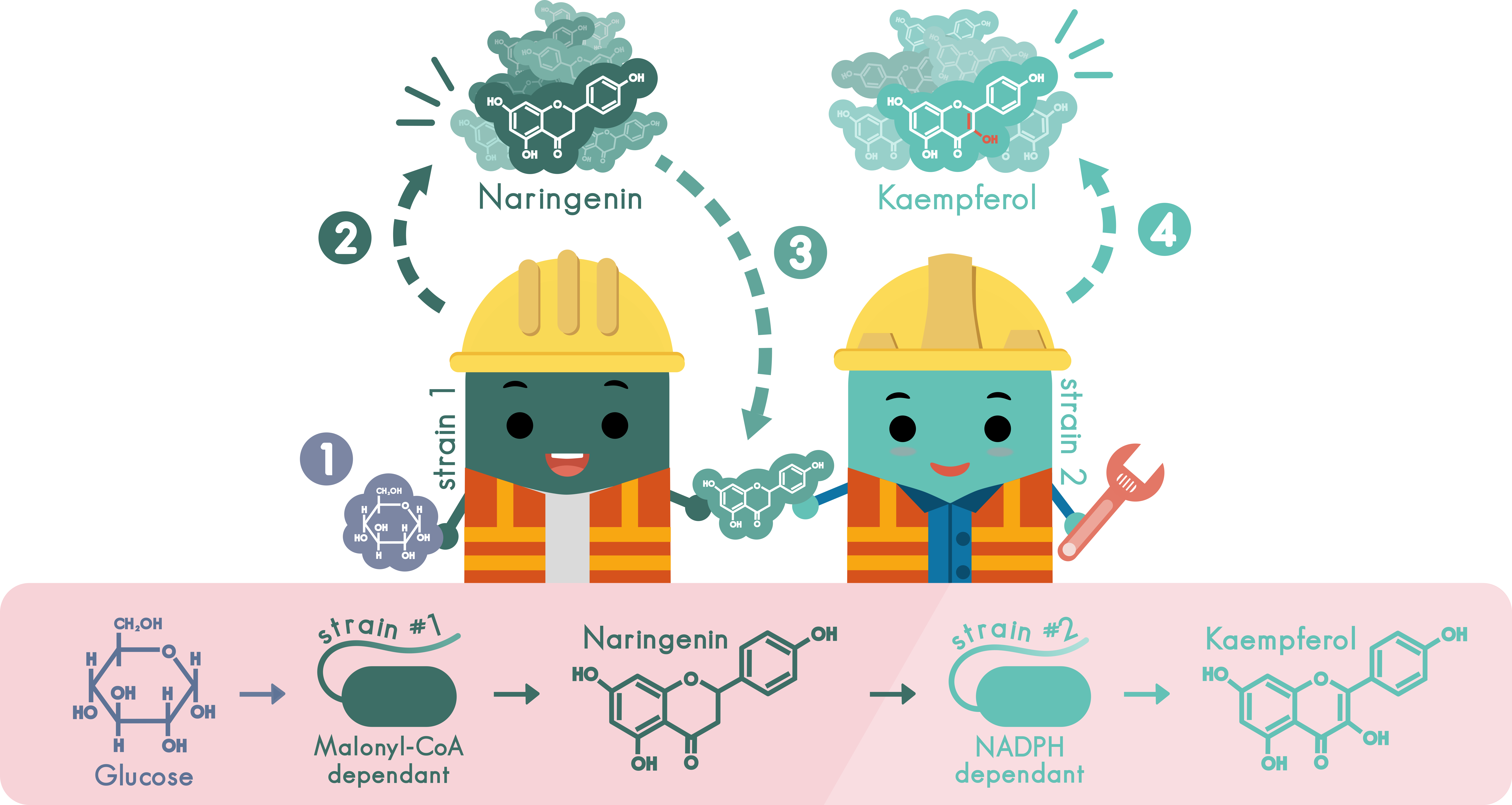 Distributing metabolic pathways between microbial community members has shown significant potential for the large-scale production of complex, biologically-derived chemical products. Our goal is to address the challenge of regulating population dynamics in a synthetic microbial consortium, by improving the rate of production of naringenin and its pharmaceutically significant derivative, kaempferol, which has anti-cancer properties. This is done by distributing the synthesis of kaempferol between two E. coli strains and optimizing their relative proportions in co-culture. To optimize population dynamics for the production of kaempferol, we regulated the ratio of the two strains using GP2, a transcriptional inhibitor, under the control of a biosensor responsive to the pathway intermediate naringenin. This couples cell growth with the concentration of naringenin, allowing the co-culture to self-optimize based on pathway intermediate abundance. Using our system, we have demonstrated a novel way to optimize microbial polycultures for the synthesis of metabolically complex compounds.