A model was developed to understand the dynamics of a co-culture of DH5a and BL21 E. coli strains engineered for kaempferol production. This model had to capture both the kinetics of relevant substrates in our engineered pathways, as well as commensal dynamics between the two strains. Specifically, we used the model to predict the ideal sensitivity of the biosensor, and additionally predict kaempferol production yields based on different co-culture ratios. This enables us to determine the ideal ratio of bacterial strains for optimal kaempferol production, theoretically outperforming what would be possible in a single synthetically engineered strain.

We performed a series of experiments to populate data points on a Lineaweaver-Burke plot, recovering the maximum specific growth rate of the E. coli strains. These experiments consisted of growing a single strain of E. coli on various concentrations of glucose substrate and recording the growth of the bacteria over time. In logarithmic space, the bacterial growth rate during the linear growth phase (i.e. growth prior to media glucose depletion) was determined for each assessed glucose concentration. By plotting these data points on a double-reciprocal plot of substrate concentration and growth rate, we performed a linear least-squares regression to construct a Lineaweaver-Burke plot. From this, values for Ks and μmax could be obtained: the slope of this plot is equal to Ks/μmax, while the intercept is equal to 1/μmax.

The developed differential equations were combined with these experimental constants and then solved using the ode45 function in MATLAB. Our model consisted of two codes: consortium.m was created to specify the aforementioned constants and the relationships between quantities in the form of ordinary differential equations. A second code, variables.m, was constructed to specify initial conditions, link the ODEs described in consortium.m to the ode45 function, and plot the resulting predictions. These plots showed the species and substrate concentration as a function of time. 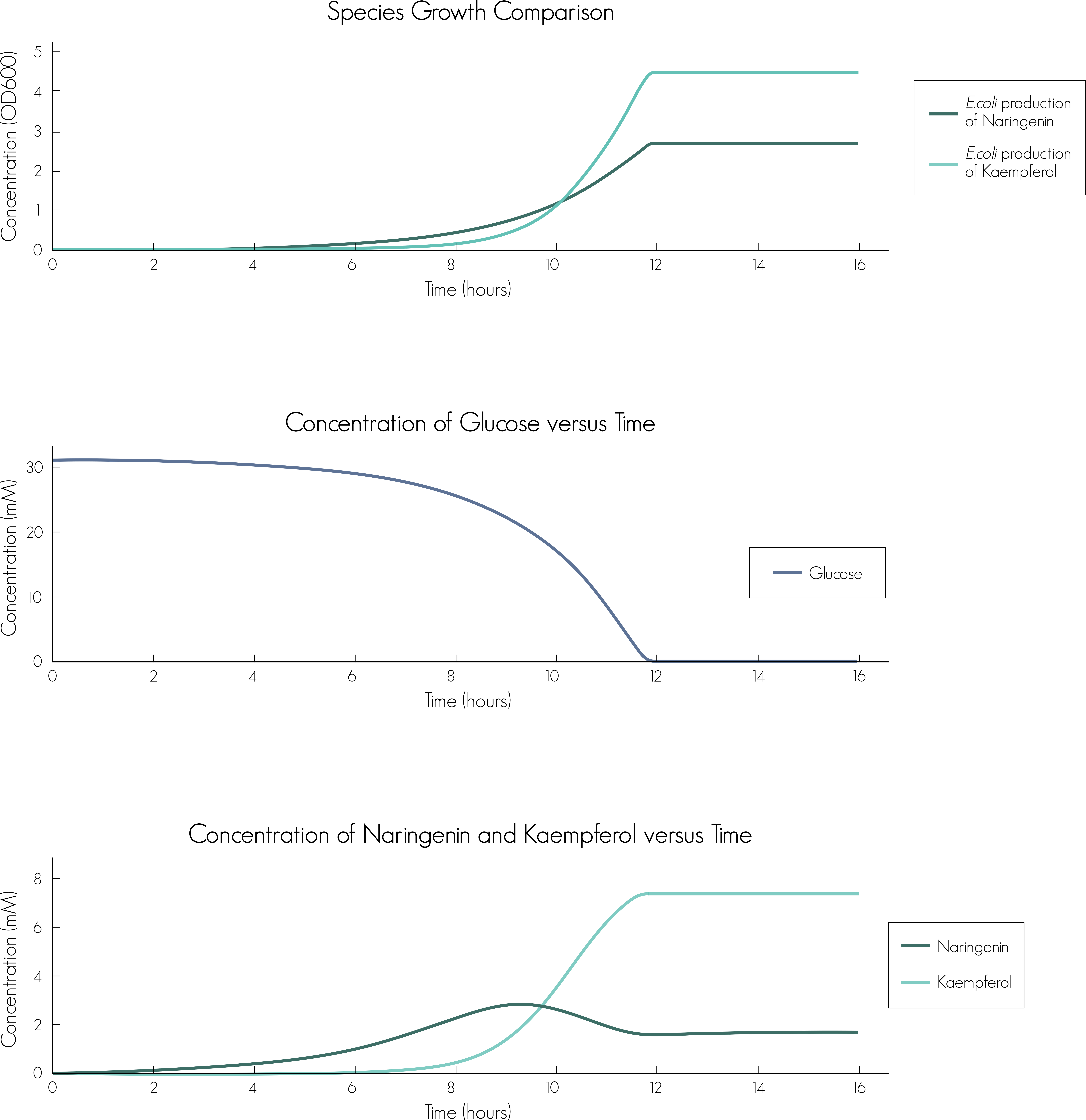