The pT181 transcript-dependant transcriptional and translational regulation mechanism was adapted from the Staphylococcus aureus plasmid pT181 [1]. In Staphylococcus aureus this system regulates the expression of RepC, which is responsible for the replication of the pT181 plasmid [1]. The regulation system contains a promoter and the associated 5’ untranslated region (BBa_K2700002), as well as a cis-encoded antisense transcript (BBa_K2700001). When expressed, the antisense transcript interacts with the 5’ untranslated region of the pT181-promoter, producing two hairpin structures: a transcriptional terminator and a ribo-switch, blocking the ribosomal binding site [2].

pT181-promoter The pT181-promoter and 5’ untranslated region enable the expression of a downstream gene. In the absence of the antisense transcript, both transcription and ribosomal binding are unhindered.

In order to test the repression of GP2 expression by the pT181-antisense transcript, when GP2 is under the control of the pT181-promoter, cells were cultured at various pT181-antisense induction levels. Uninduced cells are expected to grow more slowly, as a result of uncontrolled GP2 expression. Increasing induction level should lead to an increase in growth rate, which will be analyzed in a plate reader by measuring OD600.

2. Plate on chloramphenicol (Cm) and and ampicillin (Amp) to select for colonies that have taken up both plasmids. 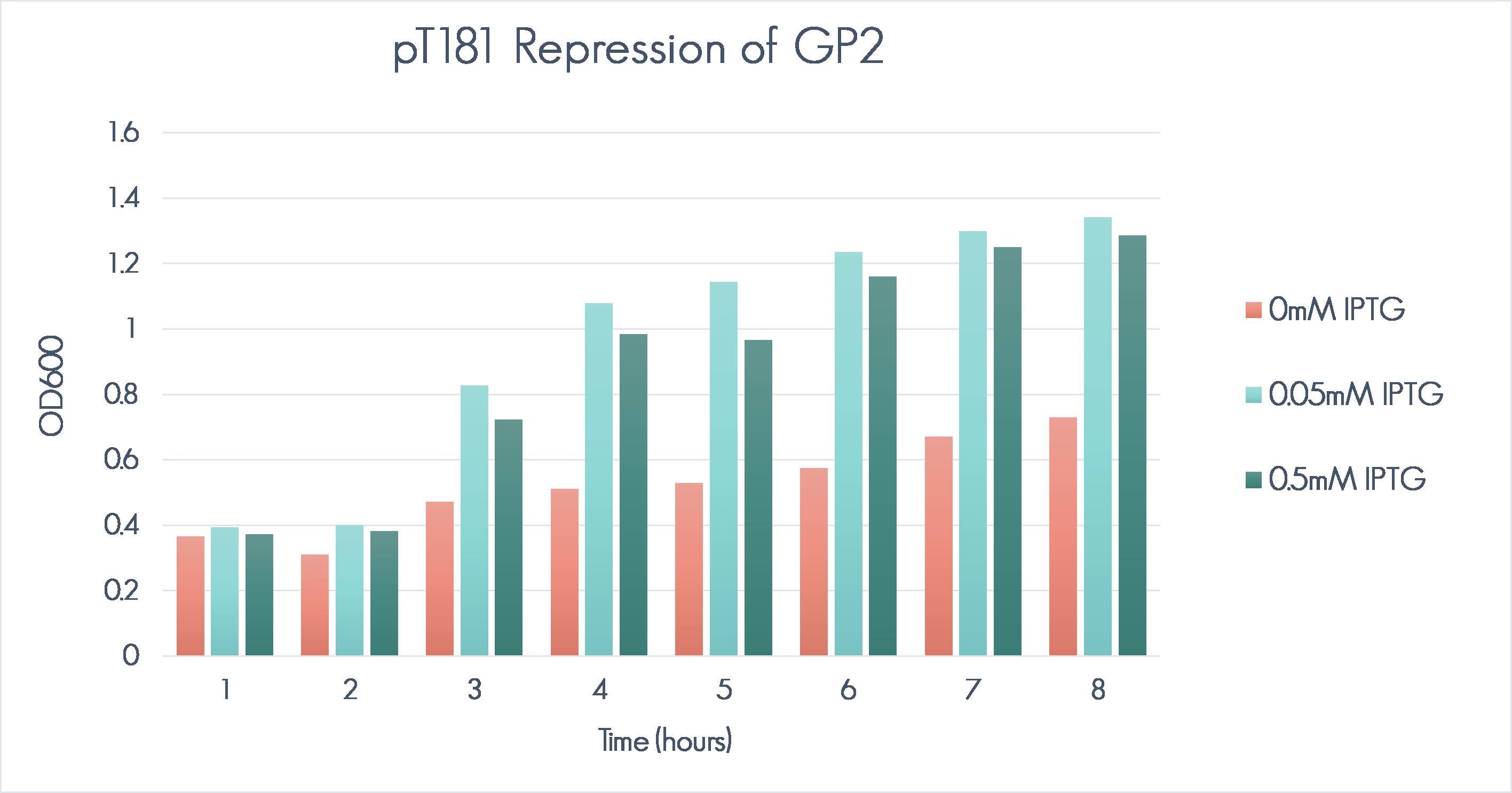