Overall Idea and Structure of Protein

Our overall idea is to switch an antibody on and off. First we had to find an Fab unit that could easily be made in E.Coli and has a clear crystal structure on the protein database. We found the pembrolizumab Fab in complex with PD1 antigen. We also had to find a complex that could quickly and easily be activated and inactivated. This is why we decided to use the Rapamycin complex. Two vectors were needed to test our theory. First we needed a vector for the engineered Fab/Rapamycin complex protein. Another vector was needed to produce the PD1 antigen to test the engineered antibodies binding affinity. 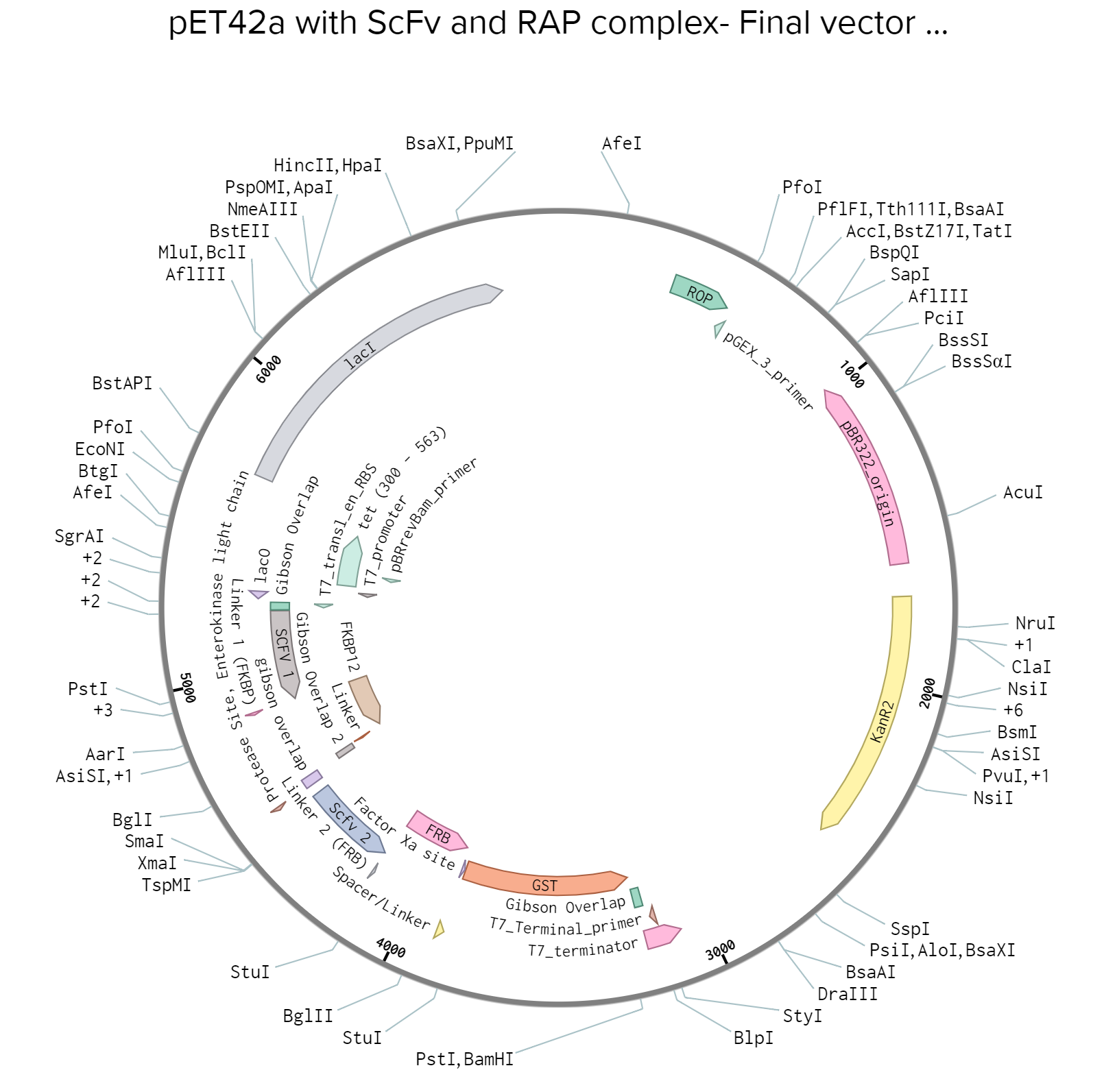 The second vector contains the PD1 antigen. The PD1 antigen is also attached to a maltose binding protein(MBP) at the N-terminus that makes the protein more soluble. A his tag is attached at the C-terminus and will be used for protein purification in a nickel column. 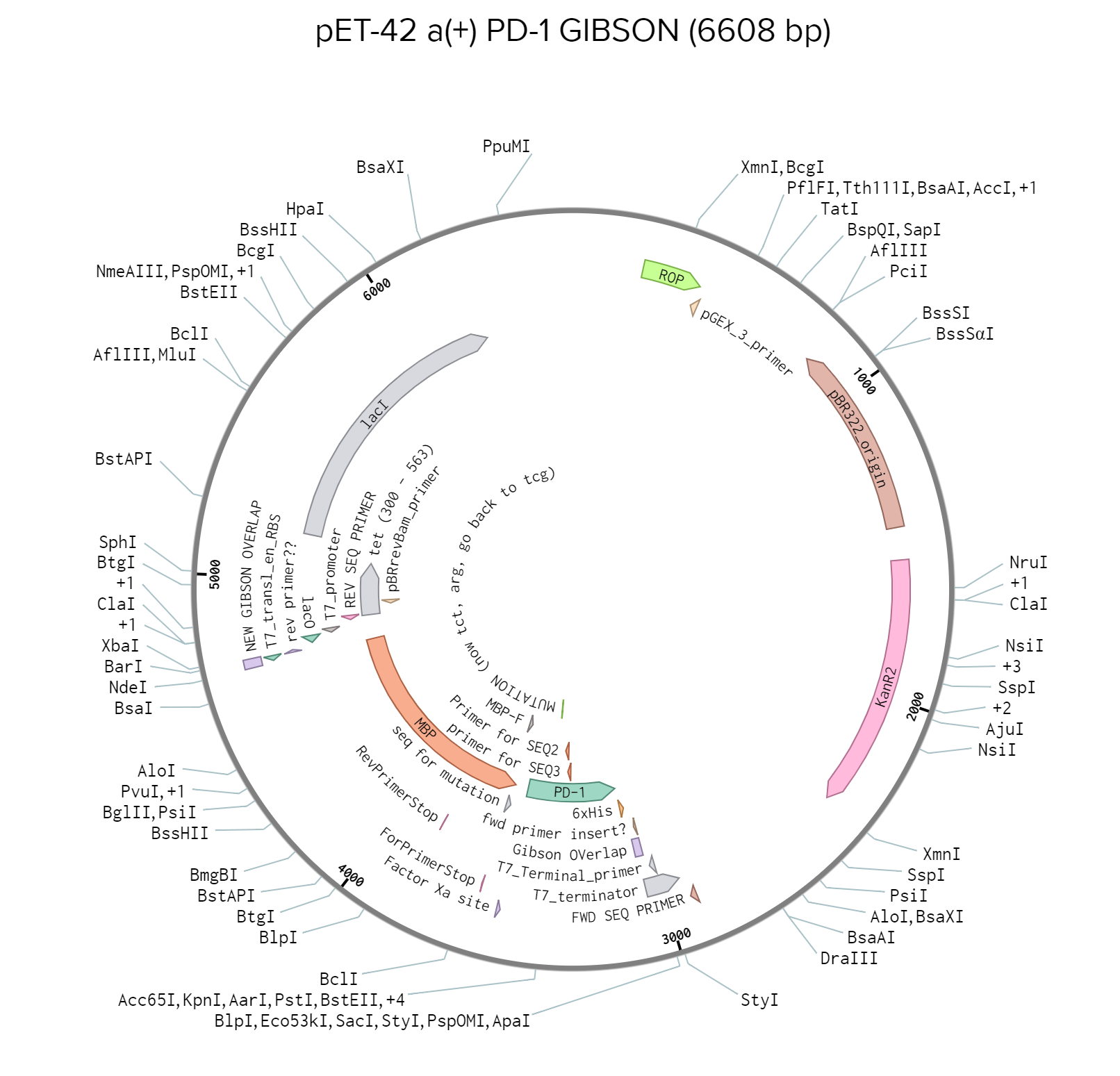 Once we inserted our g-block into the pet-42a vector through Gibson Assembly we transfected E.Coli cells with our vector and grew up the transfected cells. Later the proteins will be purified using a glutathione column for the engineered protein and a nickel column. Because of the MBP, GST, and His tag we added onto our proteins they are able to be soluble and can bind to our columns to be purified.