This year our team decided to participate in the 2018 Interlab study, a multi-lab study in standardization for instrument measurements. More information can be found at the 2018 iGEM Website. Our interlab notebook can be found at here. Our instrument was a BioTek Synergy 2 plate reader.

Undiluted LUDOX CL-X was pipetted into 4 different wells and so was dH2O. This served as a standard by which to adjust all other measurements. 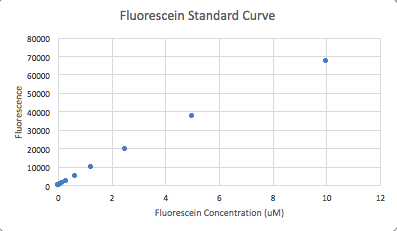 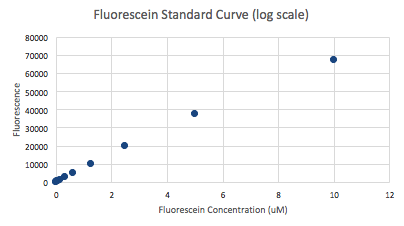 Lines are straight with a 1:1 slope, indicating accurate pipetting and correctly calibrated detector.

In this experiment, DH5-alpha cells were transformed with the positive and negative control DNA given in the interlab kit. Then, two colonies were selected from each plate and grown up overnight in a culture tube. The next day, cultures were diluted down to an OD of 0.1 and 3 replicates were made, each serially diluted down 5 times to result in the following concentrations that were plated: 8 x 10^4, 8 x 10^5, and 8 x 10^6. 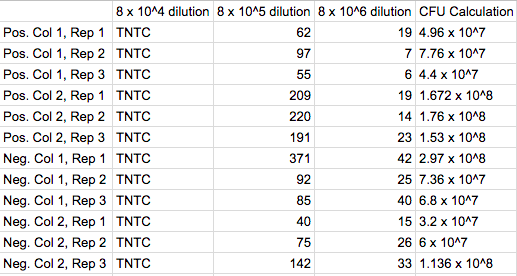 
CFU calculations were made based on the protocol given by interlab, and in most cases the value used for the calculations came from the 8 x 10^5 dilution factor, as these numbers were within the acceptable range.This value was fairly similar across all replicates, which was expected. 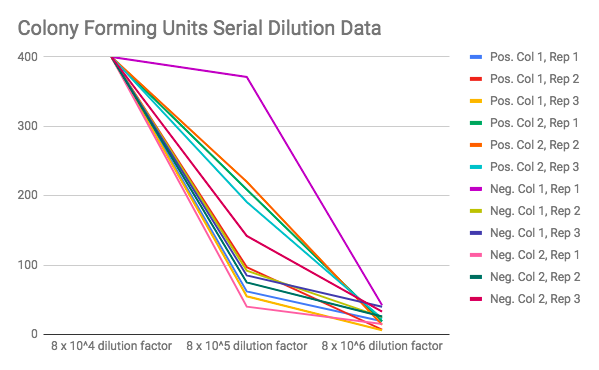 This chart is a visual representation of the data from the table above (excluding the CFU calculations). In order to be able to graph the data, all the TNTC values were changed to 400, since there were at least 400 colonies on each of those plates. As expected, all of the colony replicates went down in number of colonies as the dilution factor went up. An exponential decrease in number of colonies was expected with each dilution, which was observed in most of the replicates.

Many thanks to the Detweiler and Su labs here at CU for providing some materials and equipment access without which we would not have been able to perform this protocol, to Nate Gomes for training on the plate reader, and to our mentor Brian DeDecker for guiding this process.