While VLPs will be useful components of VINCEnT, we wanted to focus on development of a novel non-immunogenic PNC with RNA packaging capabilities. Such a tool could enable simpler transfection of mammalian cell lines for fellow iGEMers and other researchers.

To do this, we identified the Rattus norvegicus Arc protein as a candidate for modelling a minimal packaging protein. Arc is an activity-regulated cytoskeletal-associated protein that has recently been recognized as a repurposed Ty3/Gypsy retrotransposon. A bi-lobar domain within Arc has significant homology to Gag proteins, which are the major capsid proteins of many viruses including Human Immunodeficiency Virus type 1 (HIV-1), Rous-Sarcoma Virus (RSV), and Bovine Leukemia Virus (BLV). In response to synaptic activity in neurons, Arc proteins self-assemble via this Gag domain (similar to the related viral particles) to encapsulate Arc mRNA and shuttle it to neighbouring cells (Pastuzyn et al., 2018; Ashley et al., 2018).

To ensure we would not retain any native Arc functionality that might impact cellular activity, we designed a “minimal” Arc Gag protein based on homology with other known Gag domains. We used template-based structural predictions to model this minimal Arc Gag and its predicted assembly into higher-order structures. 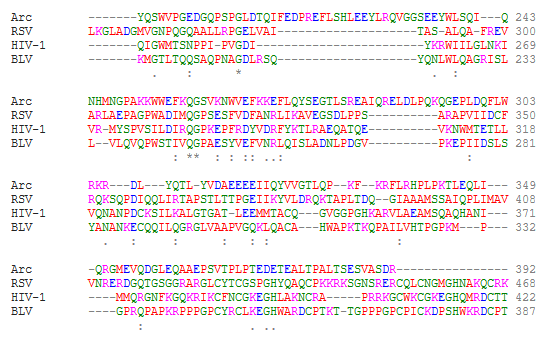 We then compared this conserved bi-lobar Gag region with the predicted RNA binding region for Gag gene products to ensure RNA packaging functionality would be maintained (Clever, Sassetti, & Parslow, 1995). A portion of the 4 stem loop RNA secondary structure in HIV-1 strongly aligns with a sequence located within the Arc Gag N-lobe:

Using I-TASSER(Roy, Kucukural, & Zhang, 2010; Yang et al., 2015; Zhang, 2008), we then predicted and modeled the secondary and tertiary structure of this minimal Arc Gag protein (where a higher score indicates a more confident prediction of secondary structure):

This Arc Gag subunit was predicted to form a hexamer from C-terminal subunit interactions and confirmed using GalaxyHomomer (a GalaxyWEB server for prediction of homomeric protein structures; Ko et al., 2012; Shin et al., 2014). HIV-1 and RSV Gag proteins similarly interact at the C-terminus to form hexamers for assembly of higher-order spherical multi-subunit structures (de Marco et al., 2010). Thus, we were confident that the minimal Arc Gag would similarly be capable of forming a spherical or pseudo-icosahedral nanocompartment. 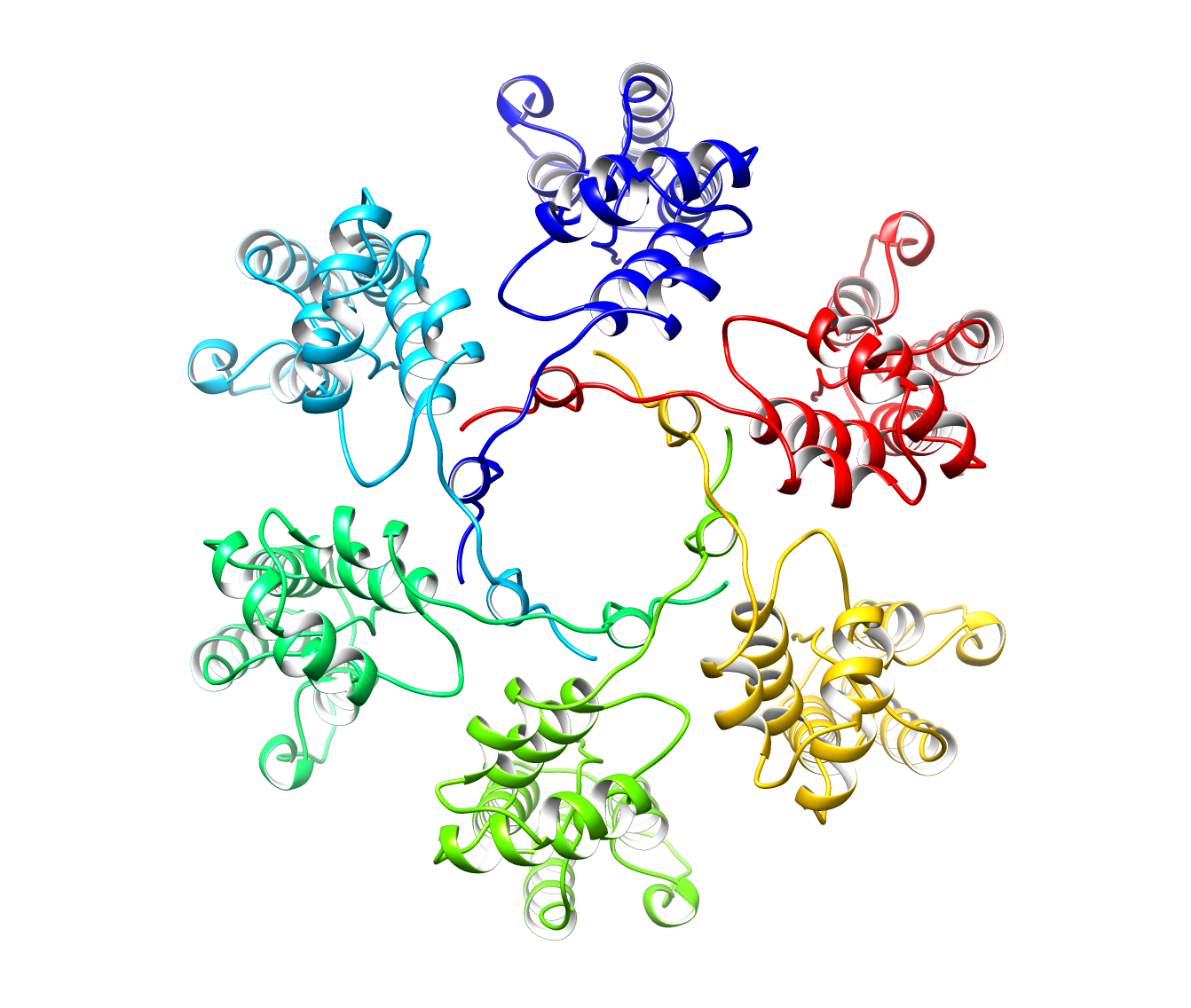