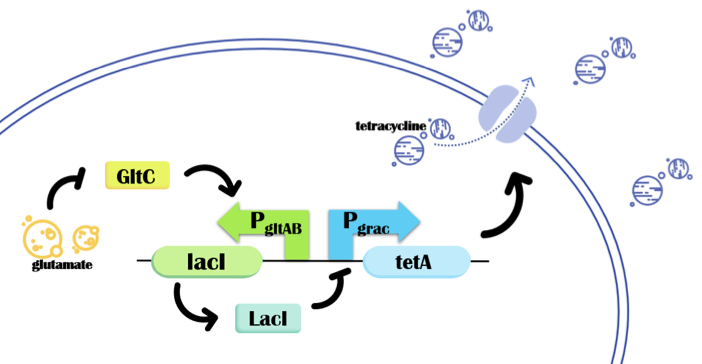 Fig. 1 Design principle of PopQC for high yield of γ-PGA. PopQC system selects non-genetic high-performing cells, which finally leads to high producers outcompete the low producers. In specific, we use the promoters PgltAB and Pgrac, lacI gene and tetA gene. The tetracycline efflux protein TetA, which responds to intracellular glutamate concentration via the promoters PgltAB and Pgrac,. These promoters respond to the LysR family regulator GltC and the lactose repressor LacI, separately. With tetracycline, high producers will dominant the population.

With a specific extracellular tetracycline concentration, when intracellular glutamate-precursor of γ-PGA-concentration of the individual is low, GltC level will go up, which activates the PgltAB to express lacI. LacI furthermore represses Pgrac and as a result, represses tetA expression. On the contrary, for high-producers, the concentration of intracellular GltC will go down, which represses the PgltAB to express lacI, and the tetA expression is not affected. Therefore, high-producers will synthesize enough amount of tetracycline efflux pumps to maintain alive while low-producers won’t be able to survive. Consequently, the average intracellular glutamate concentration among the population is enhanced, which will finally lead to γ-PGA yield enhancement in LL3.

Vector pHT01-PgltAB-LacI-Pgrac-TetA was converted into LL3, and correct transformants were fermented in M9 culture medium with different extracellular glutamate concentrations (0, 2.5 and 5g/L). From the 6th hour, we tested bacteria with several assays every 3 hours. LL3 Δbam strain was chosen as control system.

After 24 hours fermentation, the γ-PGA yields of both strains without extra glutamate were tested. With PopQC system, NK-Ipop strain produced more γ-PGA, which approved the system function. See Figure 4. 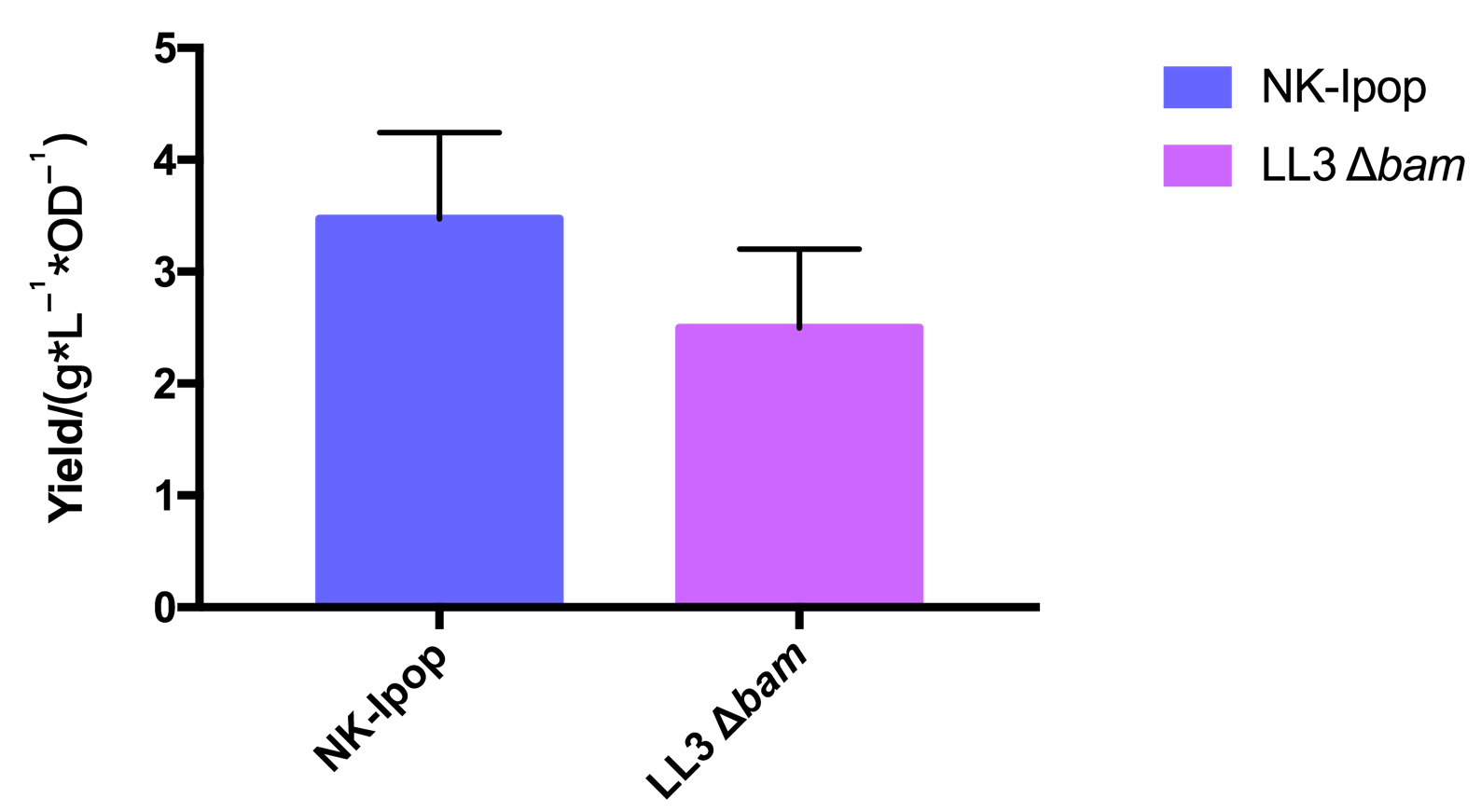 Figure 4. γ-PGA yields of B. amyloliquefaciens LL3 Δbam with and without PopQC system. The strains were cultured in fermentation medium with 10 µg/mL tetracycline for 24 hours. Dry weight of γ-PGA and the OD600 were measured. Data indicate mean values ± standard deviations from three independent experiments performed for PopQC, 2 independent experiments performed for LL3 Δbam.

The part was applied to test the repression function of GltC to PgltAB, for which we fermented under different glutamate concentration and tested the fluorescence level changes in LL3.

PgltAB-GFP and P43-GFP were converted into both B. amyloliquefaciens LL3 Δbam and B. amyloliquefaciens LL3 Δbam -icd strain (with stronger promoter before icd gene), which were designated as LL3-PgltAB-GFP and LL3-icd-PgltAB-GFP respectively. The two mutants were cultured in M9 culture medium for 24 hours. If needed the medium was supplemented with antibiotics or glutamate at the following concentrations: 5 µg/mL chloramphenicol, 0 g/L, 0.5 g/L, 1.0 g/L, 2.5 g/L or 5.0 g/L glutamate. During the fermentation, 1.5mL bacteria culture was taken out every 3 hours, of which 600µL was for GFP FI measurement (395nm\509nm) by microplate reader, and 900µL for OD600 measurement. 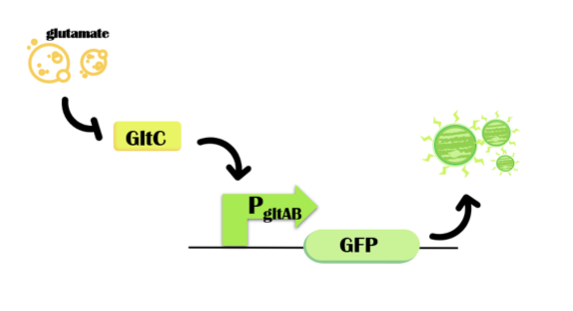 Fig.2 Principle for detecting the PgltAB function. Under high glutamate concentration, GltC level goes down, reducing the level of GFP.