PliaG (BBa_K823000) is a weak, constitutive promoter from B. subtilis. It is responsible for the transcription of the last four genes of the liaIHGFSR cluster and therefore for the production of the components of the LiaRS system, which is important for the detection of cell wall antibiotics (Jordan et al., 2006). PliaG was evaluated with the lux operon as well as the LacZ as reporter. For more details, visit the Data page of the LMU-Munich Team 2012 or get an overview of the whole project Beadzillus. 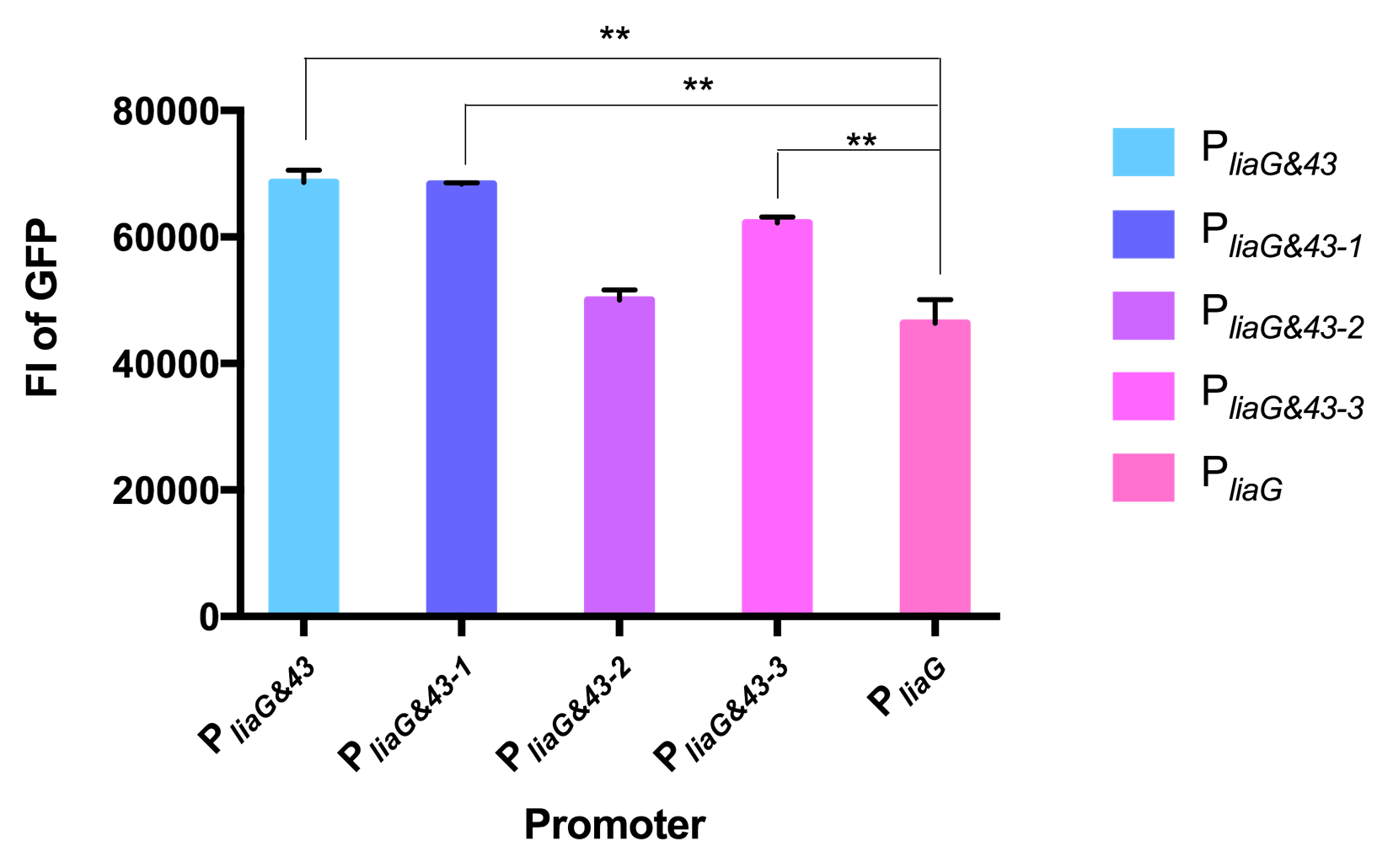 As these promoters are all constitutive promoters, the activity enhancement at the lag phase can surely enhance the promoters' effect, which has achieved the goal of promoter enhancement as well as the part PliaG (BBa_K823000)'s improvement.

The tetracyclines (Tcs) is a group of antibiotics that have been widely used since the 1940s against both Gram-negative and Gram-positive bacteria. Resistance to Tcs has many mechanisms including the active efflux system of tetracycline, target gene mutations, enzymatic degradation of antibiotics, decreased drug permeability and so on. The tetracycline efflux pumps are encoded by several genes, including tetA, tetC, tetE, tetG, and tetH, which have been reported a major mechanism of Tcs resistance.

Here we improved tetA (BBa_J31006) by codon optimizing for Bacillus amyloliquefaciens, which could result in Tcs resistance by encoding membrane-associated proteins that pump Tcs out of the cell, reducing intracellular drug concentrations and protecting intracellular ribosomes.

Here we entrust Genescript to help us do the optimization. In this case, the native gene employs tandem rare codons that can reduce the efficiency of translation or even disengage the translational machinery. We changed the codon usage bias in Bacillus amyloliquefaciens FZB42 by upgrading the CAI from 0.69 to 0.92. (Fig. 2) GC content and unfavorable peaks have been optimized to prolong the half-life of the mRNA. (Fig. 3) The Stem-Loop structures, which impact ribosomal binding and stability of mRNA, were broken. In addition, our optimization process has screened and successfully modified several negative cis-acting sites. 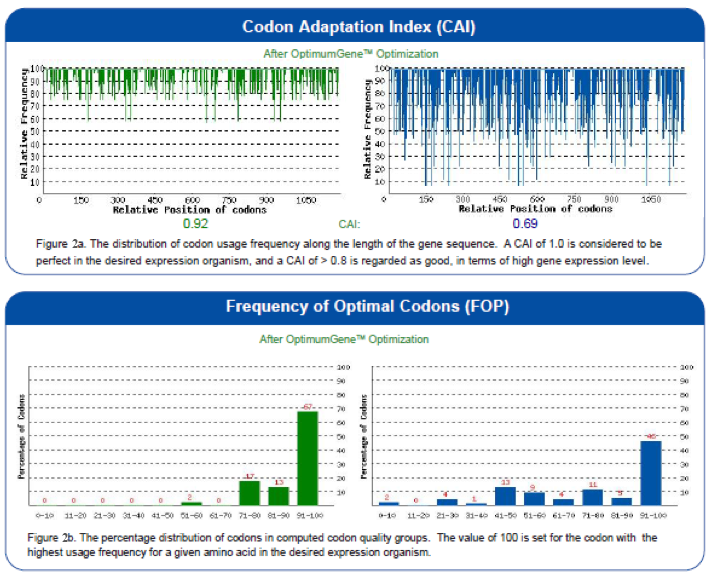