Having assembled our hydroponics system, it needed to be tested to quantify performance. This involved measuring the light intensity that the LEDs output to determine the lux ranges possible. We also investigated whether it was possible to germinate seeds and grow seedlings in our system.

The first task was to measure the light intensity generated by the LEDs. This would inform us if the possible range was suitable for seed germination and plant growth. For example, on an overcast day lux produced is between 1,000 - 30,000 [1]. We used a lux sensor to initially determine which settings gave specific light intensities. From this, we were able to experiment with different colours of light. Through research carried out as part of our Human Practices, we expected that purple light would give us the greatest lux since this is the most commonly used in the contained plant growth industry.

Our initial tests were to run the pre-programmed colours i.e. blue, green, purple, red, white and a rainbow function which cycles through the spectrum. Firstly, we decided to measure the 'rainbow' function. We applied this test so that we could determine a range which may give us the highest lux. We established that purple/blue is the 'optimal' colour to use peaking at 1100 lux, confirming what our Human Practices has revealed when visiting various hydroponic facilities.

Next, we loaded the Arduino with a programmed in 'purple' colour. This measurement stabilised at roughly 1000 lux. Leading us to believe we could tweak this light level. Therefore we tried different pre-set colours; blue, green, red, white, giving roughly; 1375, 300, 525, 1360 lux respectively. Realising that the LEDs manage colours by producing different quantities of blue, green and red light, we figured we may be able to create an optimum between these colours hopefully improving on the pre-set blue. This means we could not use a pre-set library and would have to define the light levels of the primary colours manually.

Before starting, we defined the brightness of each colour as an 8 bit integer (265 light levels). The most obvious place to start was to turn all the primary colours up to 265. Producing altered white light which performed worse than the pre-set blue and white at roughly 1300 lux. Therefore we created purple via blue and red at 265 (altered purple). This also proved to be less than the pre-set blue but slightly higher that ‘altered white’. 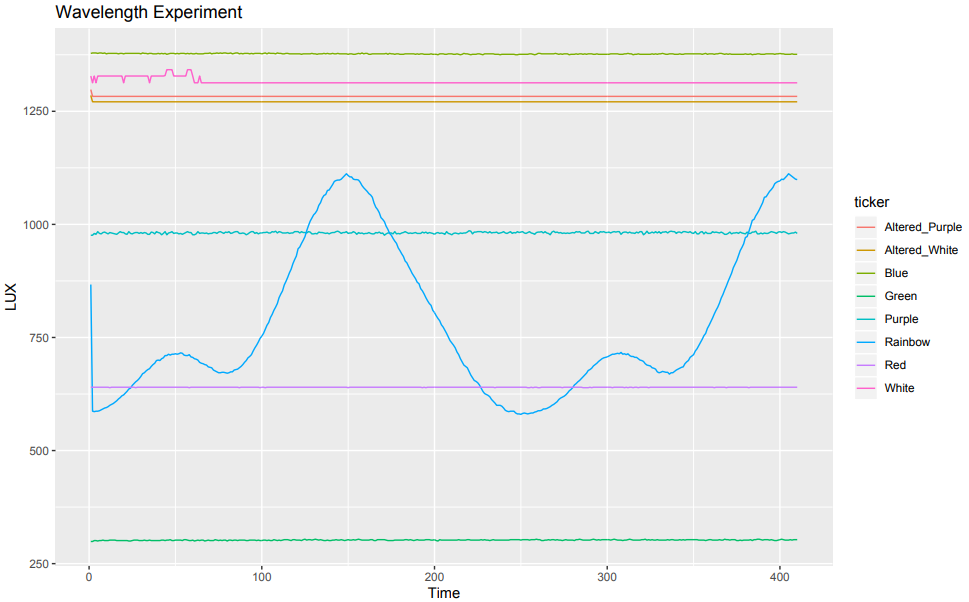 Therefore, thinking that the pre-set blue was actually our maximum, we attempted one further test. This held blue at a constant 265 but varied red from 0-265. On plotting the results, we discovered that there is a lux peak when the red is at a light level of 129. Next we tried blue:265, red:129 with a varied green from 0-265. This appeared to have a detrimental effect on the light intensity. Figure 2 shows the relationship between these colours. 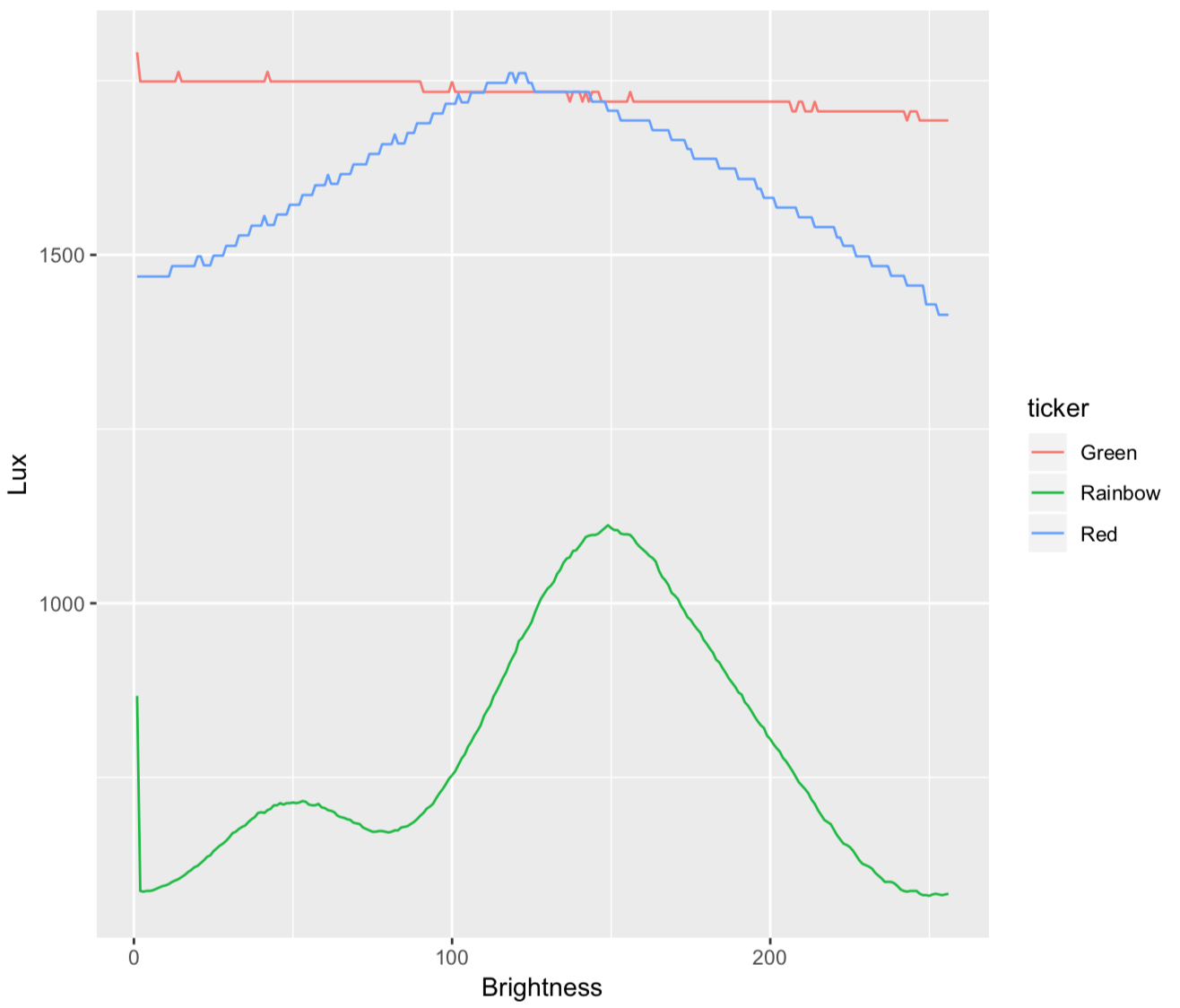 From these measurements we can determine that the lux level should be adequate to germinate Arabidopsis thaliana, rocket and various other plants. Heating control does not need to be built in as this system will be held inside a room with a constant temperature. Also, water and air flow are not a pressing issue since the water needs to be changed once a week. We therefore felt that we had gained sufficient understanding of how our hardware operates to proceed with growth experiments.

In order to understand the performance of the NH-1, two experiments were conducted. The first experiment was to compare germination rates of seeds placed to germinate in the NH-1 compared to an environment with natural light. This would inform us whether or not the environmental settings within the system were suitable for seed germination. The second experiment was to explore the range of conditions that the system can generate and to assess how these influence plant growth. This was a proof of principle experiment, to determine if different light conditions would generate different phenotypic responses in the plants.

Experiment 1: Germination in the NH-1 vs. natural light

The first experiment was performed to compare germination rate in the NH-1 (controlled and artificial light conditions), to germination rate in natural light conditions (laboratory windowsill). Arabidopsis thaliana seeds were planted at each position in an agar-filled 96-position pipette-tip rack. Two identical racks were prepared, one to be placed in the NH-1, and one to be placed in natural light. Germination percentage was quantified by counting the number of seeds that had germinated after 4-day and 8-day time points. 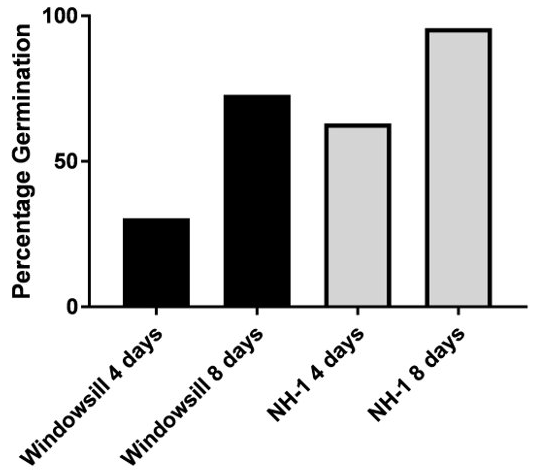 Figure 6. The percentage germination of Arabidopsis thaliana seeds after 4 and 8 days in either the NH-1 or in natural light.

Experiment 2: The effect of light intensity on plant phenotype

For the second experiment, a simple barrier was created by recycling plywood off-cuts from the architecture workshop which were then wrapped in aluminium foil. This provided a reflective divide that could be placed inside the NH-1 allowing us to expose different areas of the hydroponics to varying wavelengths of light by addressing individual LEDs. Figure 3 shows the dividers in use.

Utilising the Arduino's easy-to-adapt design we were able to manipulate this device to display the desired wavelengths at each individual LED. The first four LEDs emitted green light and the remainder emitted purple (separated by a divider), the intensities were measured to be 200 and 1700 lux respectively (code can be found here). Eruca sativa (rocket) seeds were then planted in two agar-filled 96-position pipette-tip racks, one placed in green light (A) and one placed in purple light conditions (B). These were left to germinate for one week before germination success was analysed. 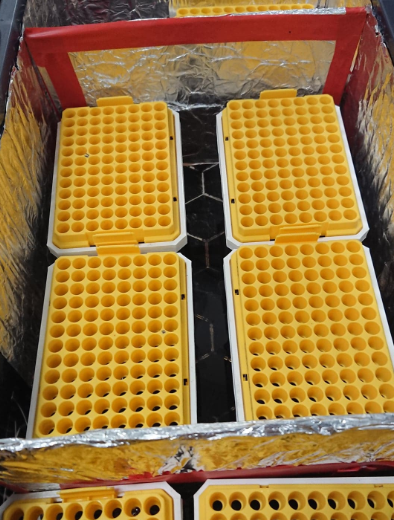 Figure 3. Demonstration of divider being used within the hydroponic system.

After one week, the seeds were checked for germination (Figure 4) and the height of each seedling was measured (Figure 5). From this, we made several observations: firstly, the results showed that a higher percentage of seeds had germinated from the batch kept in purple light (23 %) compared to those kept in green light (4 %). Secondly, the seedlings that germinated and grew in green light were were much taller than those grown in purple light. Finally, the purple light conditions resulted in more uniform growth amongst seedlings. This demonstrated the ability of the NH-1 to elicit a range of phenotypic responses as a result of different programmed light provision, thus fulfilling its design purpose. 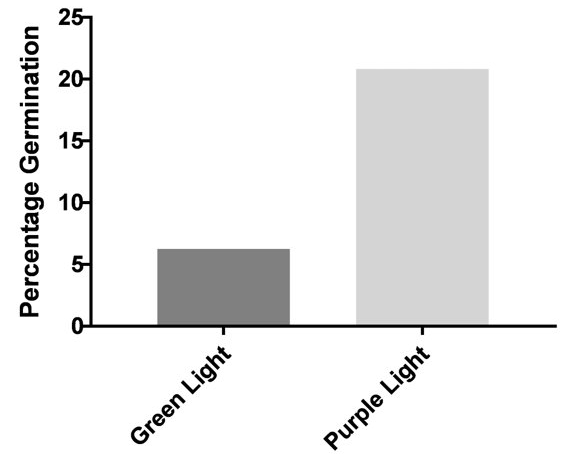 Figure 4. The percentage germination of E. sativa seedlings after 1 week in green or purple light. 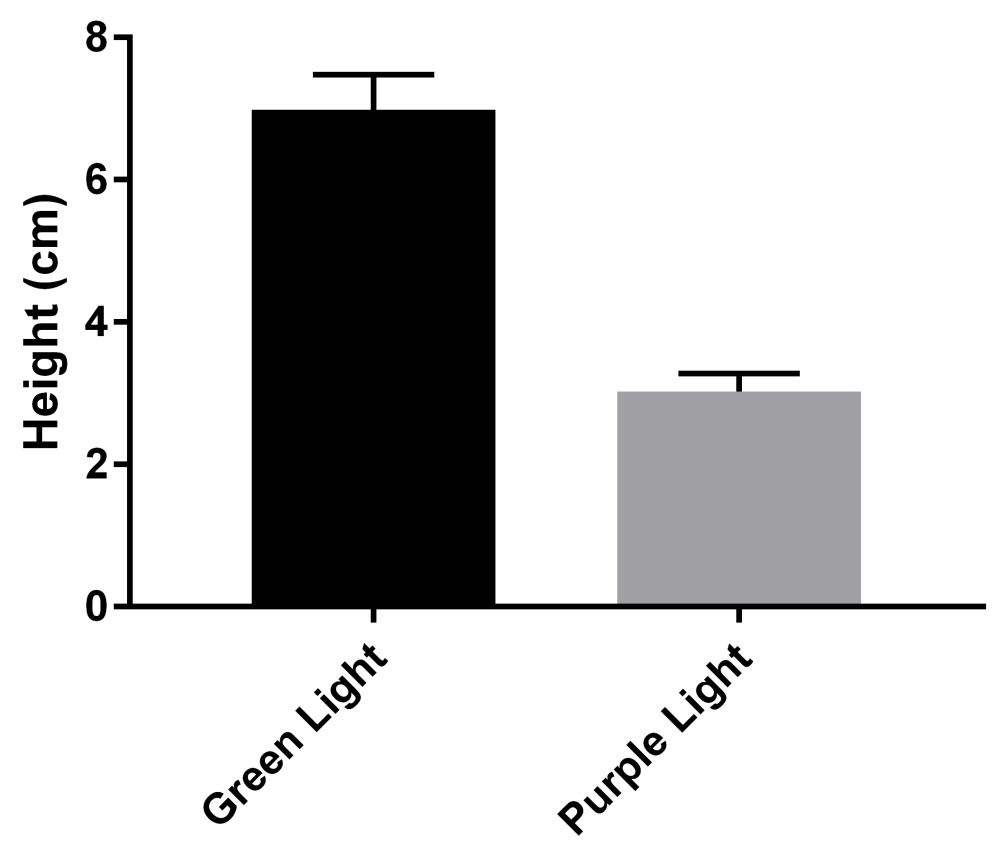 Figure 5. The mean height of E. sativa seedlings after one week in either green or purple light. n=4 and n=22 replicates for green and purple light respectively (number of seeds that germinated). Error bars show the standard error of the mean.

The experiments performed in the NH-1 demonstrated that it was possible to programme the system to create conditions suitable for both seed germination and plant growth. Seeds were successfully germinated in the NH-1, and impressively this occurred at a faster rate than seeds kept under natural light. The NH-1 was also successfully programmed to provide two differing light intensity environments within the same system simultaneously. These contrasting environments led to the observation of different plant growth phenotypes.

Both the lux and the growth experiments provided data to suggest that our system is effective in creating a high-throughput growth and germination environment for plant research. The system can accommodate 1344 seeds/seedlings when filled to capacity using agar-filled, 96-position pipette-tip racks. Through the use of waste pipette-tip racks and re-purposed plywood off-cuts, we are also addressing our environmental concerns. By recycling and up-cycling common laboratory waste, we can cut down the quantity of plastic waste produced and also reduce refuse costs.

Not only did Arabidopsis thaliana seeds successfully germinate in the NH-1, the rate of germination was greater than when kept under natural light. There is also the added advantage of a programmable and controlled environment allowing greater standardisation. Within the system we were able to create a range of growing environments that elicited different phenotypic responses in Eruca sativa seedlings. This demonstrates the range of possibilities the NH-1 provides for researchers with interests in high-throughput plant research.