More interaction modules can be used

In addition to the use of small chemical molecules as SPOT inducer, light-induced interaction may be another promising strategy with several advantages. Firstly, it is very fast for the light-induced module to response and dimerize. Secondly, light-induced dimerization is reversible, make it much more flexible than chemical-induced. Another advantage for light control is that it can achieve high spatial and temporal specificity. Last but not least, light induced system contains high orthogonality, which is very important in human-design system. 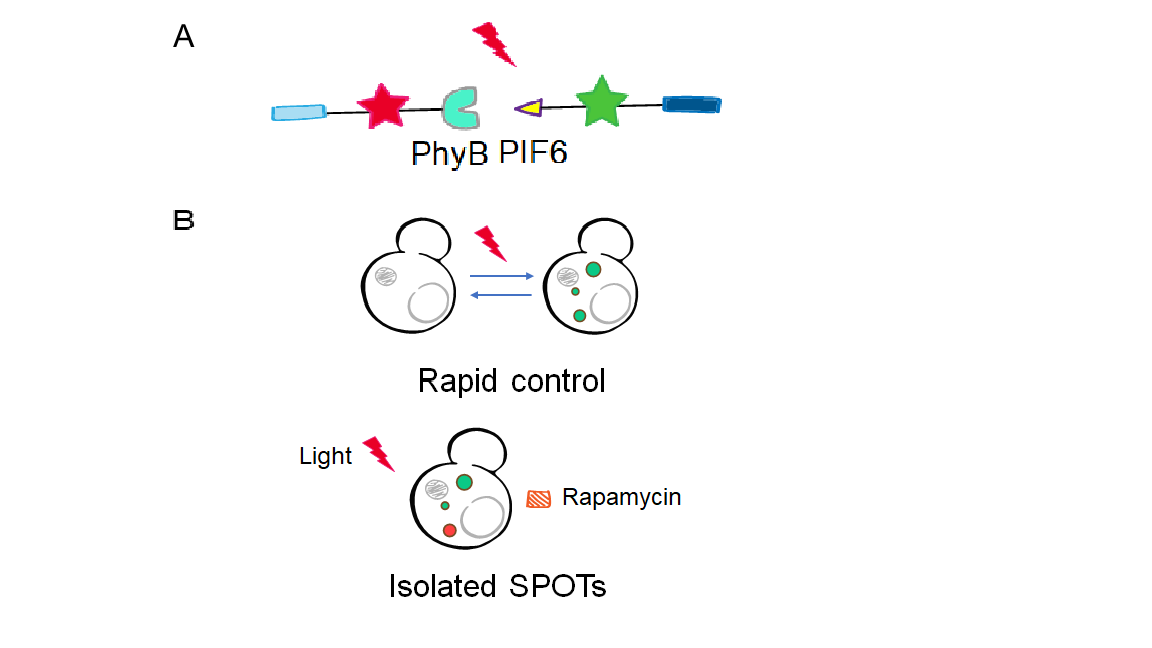 Isolated synthetic organelles can be formed

We have achieved the formation of SPOT in living cells with two kinds of interaction modules respectively. It’s easy to think about what if there are several sets SPOT in just one cell. As mentioned before, there are many orthogonal dimerization system, that we can transform rapamycin induced, plant hormone-induced, light induced, and other kinds of SPOTs into one strain of yeast. We hope they can co-exist and can be induced and perform functions independently. (Fig. 1B)

Function modules can be loaded into the SPOT in alternative way

When we trie to use synthetic organelles to accelerated reaction, we found the enzyme activity may be impaired if we fuse enzymes at the middle of the recombinant system directly. This is because the N terminal and C terminal of enzymes are blocked ,which may affect the fold process and the final structure. This inspires us to develop a new method to load function modules to the whole systems, where the organelle acts as an organization hub.

To solve the challenge, we designed an indirect connection between enzymes and granules mediated by nanobody which is the short of camelid-derived single-domain antibodies. (Figure.2A) To demonstrate if this design can work, we tested the feasibility of the design using an anti-GFP nanobody, which can specifically bind to GFP. We fused CFP with the nanobody, and we observed the co-localization of blue and green fluorescence. That suggests our function module can be loaded to the SPOT through the indirect way. (Figure.2B)

This system is modular and flexible. We can fuse almost any protein with nanobody and then it can aggregate in the synthetic organelles. What’s more, this strategy avoids fusing protein in the large system, which might result in the loss of functions because of structure change. These effects will be tested in the future, especially in the metabolism regulation protein.

Meanwhile, This system also has the potential to aggregate the endogenous protein and even macromolecules by fusing the ligand of the substance with nanobody as a mediator. 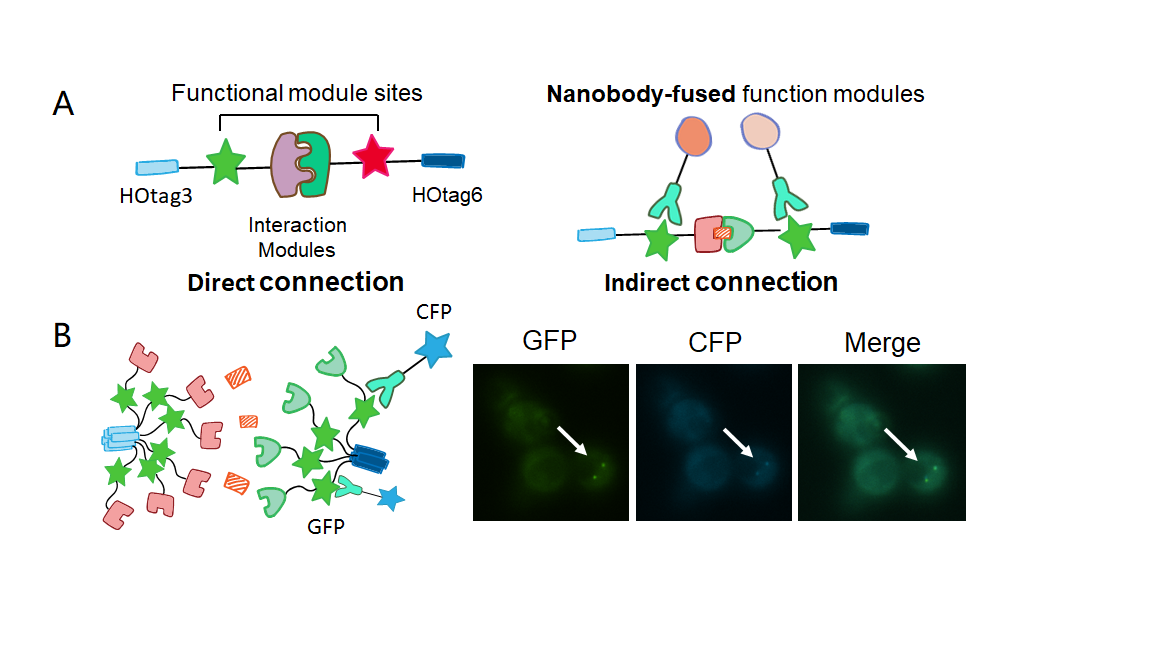 More applications can be achieved

We have tested several functions of synthetic organelles platform. But more functions have not been tested owing to the time limit. Here we'll show some expectations (Figure3) of potential applications:

As we demonstrated before, SPOT can act as a sensor that responds to the environment rapidly and sensitively, so we wonder if they can be used to sense small molecules semi quantitatively in living cells in real-time. Our plan includes an NAD+ sensor in the future, because NAD+ plays an important role in the study of cell growth and metabolism. By using interaction modules that can be induced by NAD+, our synthetic organelles can work well.

Now we can suggest that enzymatic reactions can happen normally in synthetic organelles. Beyond just accelerating the reaction rates, there are many more functions our SPOT can perform. By accelerating part of the reaction pathway, we can change the final product of the engineered cells. Besides, some intermediates in metabolic pathways are toxic to cells, which limits their application in engineered cells. If the enzymes of the reaction are recruited into the organelles, the toxicity problem may be solved in a manner similar to the lysosome.

Phase separation processes show sensitive dynamics, and we think that our synthetic organelles can be introduced into artificial signal pathway as a signal amplifier. 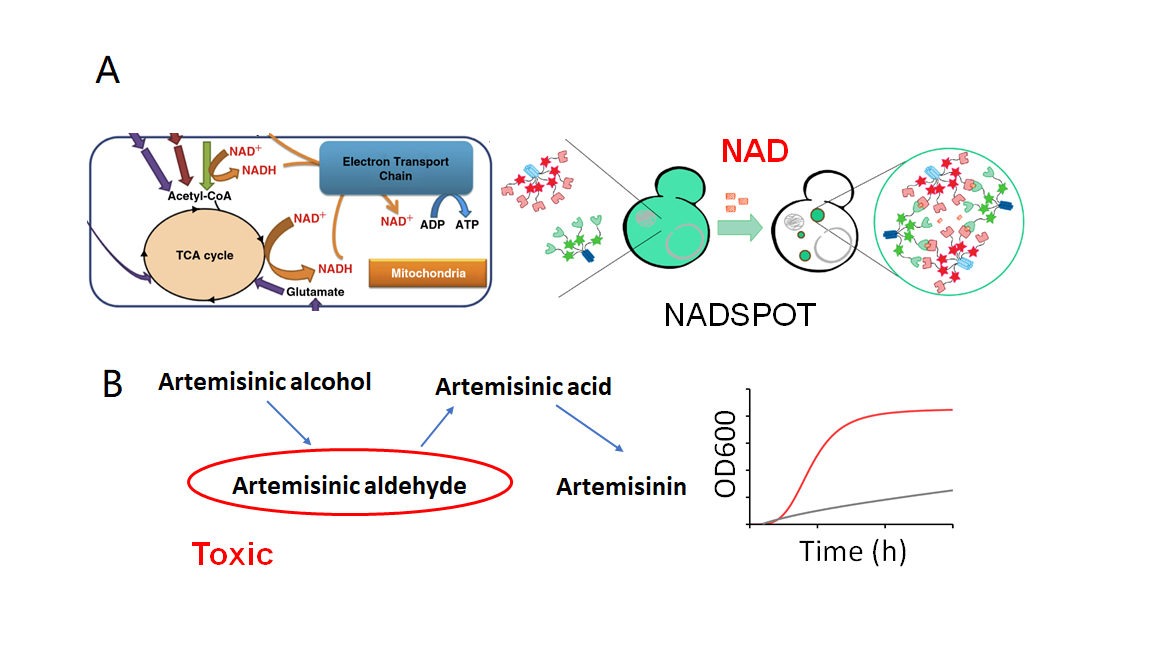 Figure. 3A NAD is a key molecule in metabolism of cells. Sensing NAD in vivo is an important method to research the life process and it can be achieved by SPOT system.
Figure. 3B In a synthetic metabolic pathway, the intermediate may be toxic to cells. By finishing the whole pathway in SPOT, the toxicity may be reduce.