Cerberus was a huge challenge on many levels. From the modelling to the in vitro validations, from functionalising cellulose to laying the ground for in vivo production, we went a lot further than we had dreamed about. Both functionalities of the Cerberus platform and its applicability have been demonstrated. This page summarizes these achievements.

Validation of the Three Binding Heads

Cerberus is composed of three different domains: CBM3a for cellulose binding, mSA2 for biotin affinity and AzF to click molecules with an alkyne moiety. They all have been demonstrated sequentially.

The CBM3a Head and Cellulose Binding

The cellulose binding property was based on the CBM3a cellulose-binding domain. To demonstrate its functionality, we fused it to the mRFP1 fluorescent protein. Our results clearly proved its efficiency to bind cellulose (Figure 1). This was the first step from which we built the Cerberus platform.

The mSA2 Domain and Biotin Binding

To demonstrate the streptavidin head functionality, we combined it to the already demonstrated CBM3a domain. We then validated this construction with biotinylated fluorophores from both in vivo (Figure 2) or in vitro origins. This also demonstrated the capacity of the construction to add new properties to cellulose.

To assess the functionality of the AzF head, we used the previous construction with CBM3a and streptavidin and added the UnAA to the second linker (i.e, the whole Cerberus platform). We confirmed the activity of this integration using DBCO-Fluorescein as showed in Figure 3, but also DBCO-paramagnetic beads. This completed the validation of our system. 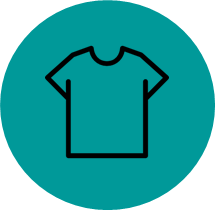 It was not initially planned to add colors to cellulose. However, mRFP1 has the property to provide a red hue without excitation. This was easily observable on bacterial cellulose after incubation with CBM3a-mRFP1 (Figure 1). This could be of special interest since a lot of proteic dyes are available (see iGEM Imperial 2016). The current dyes used in the textile industry are often toxic to people or the environment. Cerberus association with proteic dyes could thus be a safer alternative solution. 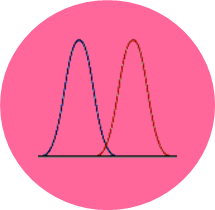 The first sought-after property of mRFP1 is for sure fluorescence. We successfuly produced fluorescent cellulose by combining cellulose, our platform and fluorescent dyes in several ways: by adding biotinylated fluorescent compounds, by clicking fluorescent molecules with an alkyne function or even by testing the CBM3a-mRFP1 construction on bacterial cellulose (Figure 2). This proves that physico-chemical properties of protein could be transfered to cellulose and allow to imagine many other developments (luminescence for instance). 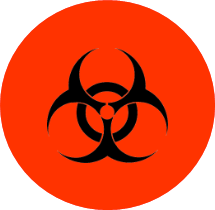 We also conjugated an antimicrobial peptide, scygonadin, to the streptavidin. The first results seemed to indicate this could work (Figure 3) but it was not as a definitive result as the other functionalisation assays we have performed. This will require further testings since such a functionalisation aroused very important expectations from the public (see Human Practices) 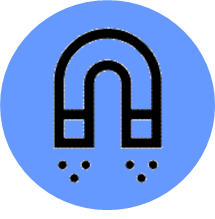 Last but not least, we validated the grafting of paramagnetic beads to cellulose (Figure 4). So, our Cerberus platform has allowed us to create paramagnetic cellulose. In our opinion, this is the functionalisation that should permit the largest panel of applications, especially in combination with other functions as Cerberus allows. Just imagine all the applications in purification of compounds or cells!

We successfully set up a workflow describing the whole process from the synthesis of Cerberus to the production of functionalised cellulose in vivo. By combining molecular modeling, synthetic biology and chemistry, we proved that Cerberus is a valuable and versatile platform that should pave the way to a large range of applications.

More functionalisations are underway such as the association of carbon nanotubes or graphene to modify cellulose fiber rigidity and/or to create conductive cellulose, respectively. The unique properties of bacterial cellulose such as its natural purity may give it a bright future in the industries, especially with the new possibilities offered by Cerberus. Combined with in vivo production in bioreactor, this should ensure a profitable and sustainable business. This is why we engaged in an entrepreneurship approach and based our Human Practices on the acceptance of biotechnologies.

A Workflow to Produce Functionalised Cellulose

This project was not only about functionalising cellulose but ambitioned to define the whole process from component purification to production in vivo (Figure 1).

Indeed, we have defined and validated the basis to model our platform. This allows testing in silico any further modifications that could be of interest for Cerberus. Next, we demonstrated the efficiency of the Cerberus production in E. coli. This validated our choices for the strain, vector and culture conditions (IPTG, AzF, arabinose…). Then, we also successfully purified Cerberus and shown this through SDS-PAGE and Western Blot. As previously described, production of biotinylated compounds was validated as well as cellulose functionalisation using Cerberus. We went even further and started the production of cellulose in vivo with Gluconacetobacter hansenii. The next step would have been to demonstrate the possibility to co-culture this strain and a strain synthesizing Cerberus and the function. Then, the final stage will be to start the production of cellulose in vivo. Even if we did not have enough time to reach this final step, it was thought from the beginning of the project, as it was for this whole workflow.

No dogs were harmed over the course of this iGEM project.

And many more. For futher information about our sponsors, please consult .

This website was designed with Bootstrap (4.1.3). Bootstrap is a front-end library of component for html, css and javascript. It relies on both Popper and jQuery. For further information, please consult the official website of Bootstrap.