From Microbe to Biological Sensor
A Revealing Exhibition of Synthesis Biology
As has been done last year by precedent team, we held a three-day exhibition introducing applications of synthesis biology and allergen testing to the public. The exhibition also included direct details about iGEM program, fun interactive activities which provided kids a glimpse of the field of biology.

"How to Diagnose Allergen with Yeasts?" Theme Exposition

In the exposition, we designed a brief speech in order of "Approaching Cells", "Principles of Allergen", "An Overview of Synthesis Biology" and "Allergen Testing Master" to guide kids from basically observing cells to understanding the procedure of allergen and our program's intention and designs. In order to make the exposition more entertaining, we also made an interactive illustration with pictures and videos extracted from prevalent Japanese animation "Working Cells". 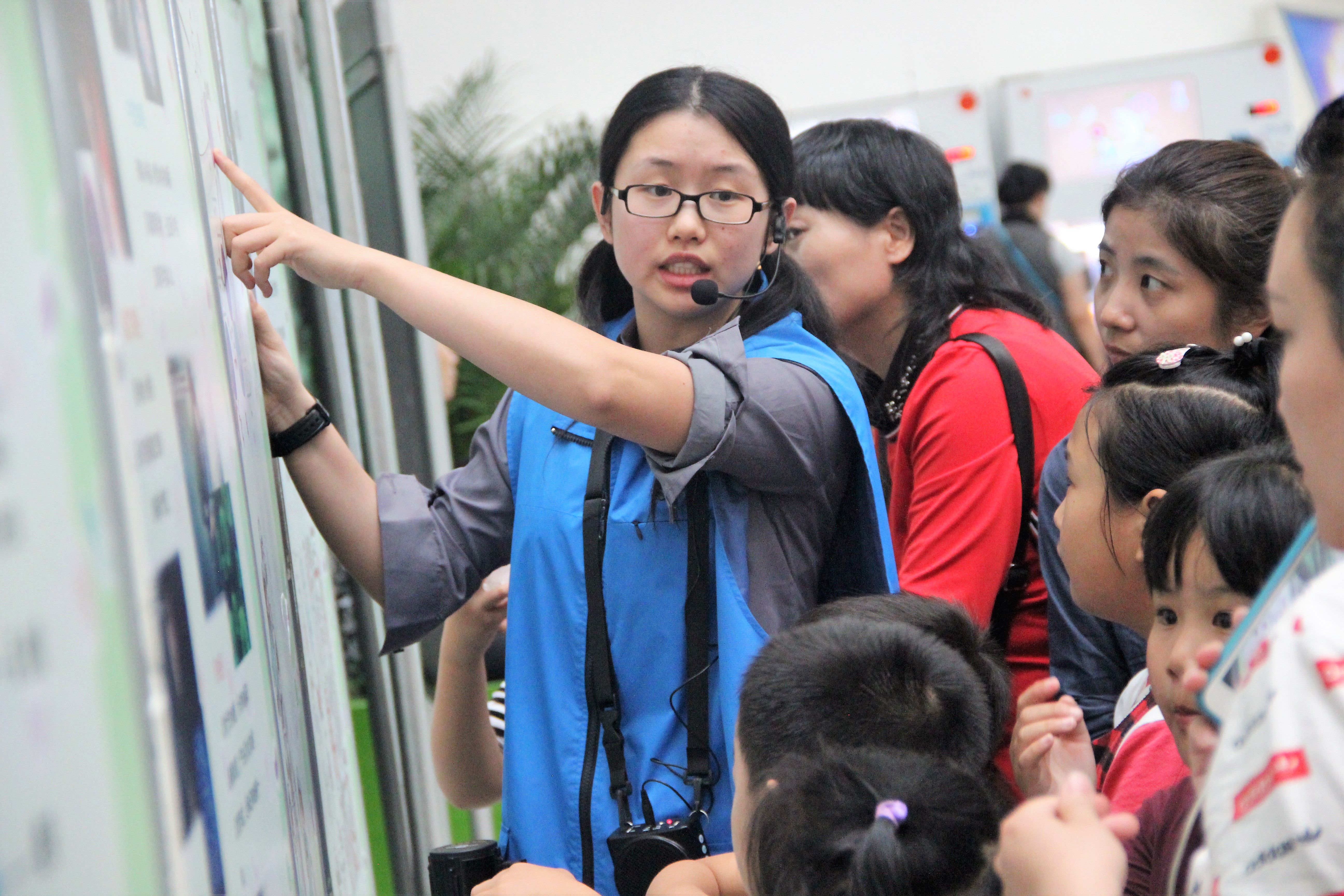 Kids involved in this section used microscopes under team members' instructions, viewed the making of mounts and observed structure of plant cell, animal cell and fungi. 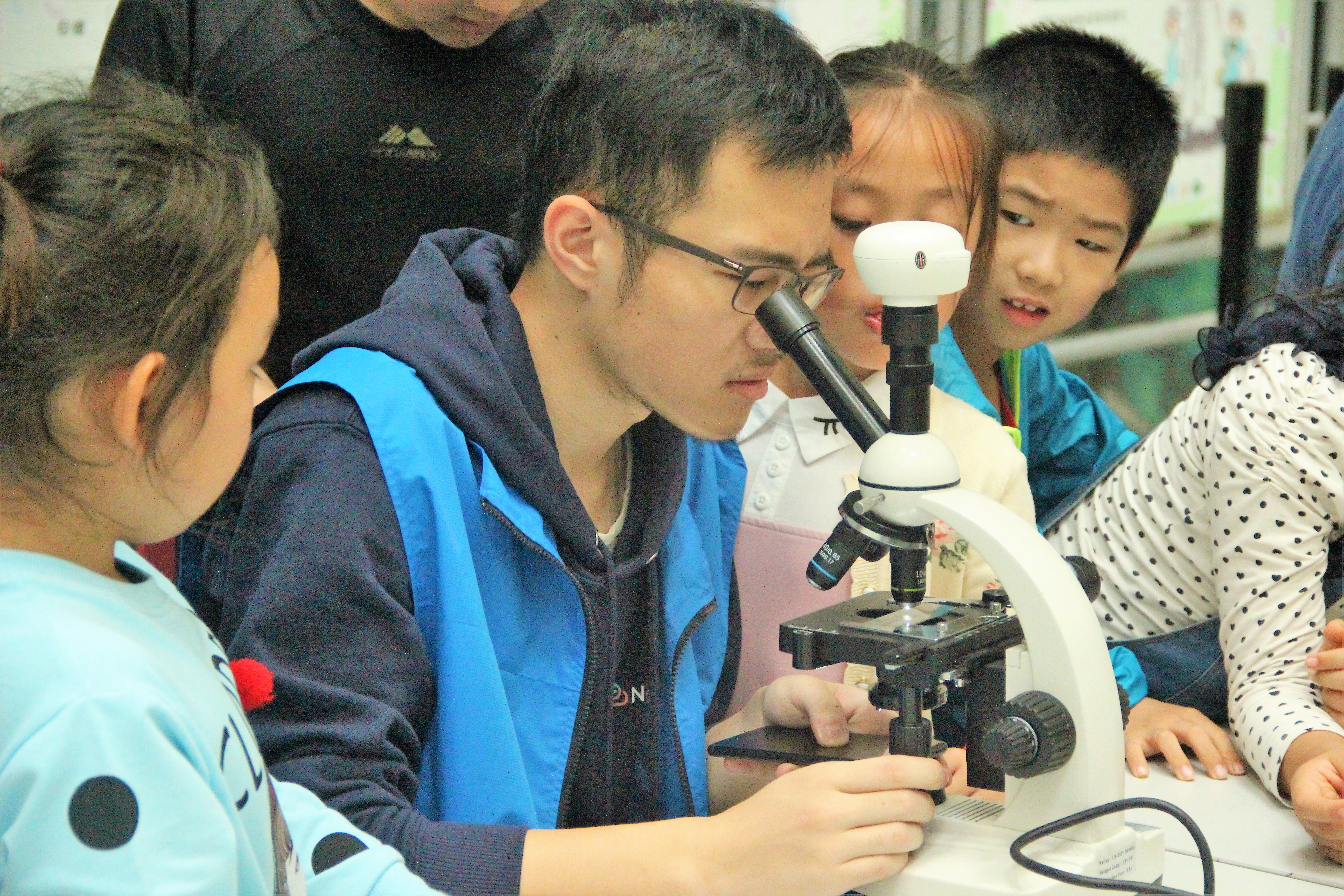 Being aware of basic knowledge of bacteria, kids were encouraged to tint blank bacteria patterns given to them according to their personal understanding and imagination. They were also asked to write down how they wished the bacteria they "created" was able to do. We wish that some of them could really realize those magic abilities via bacteria in the future. 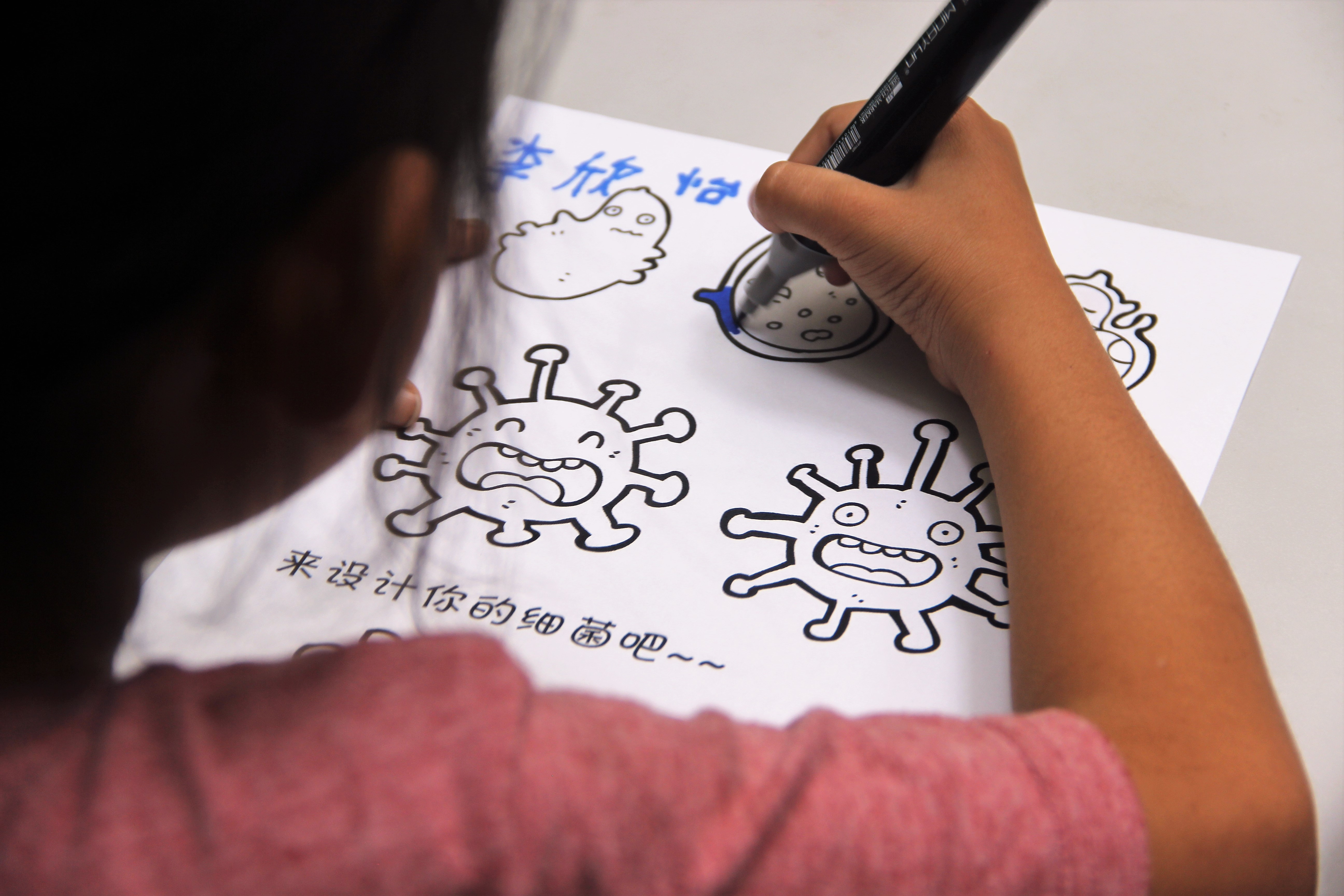 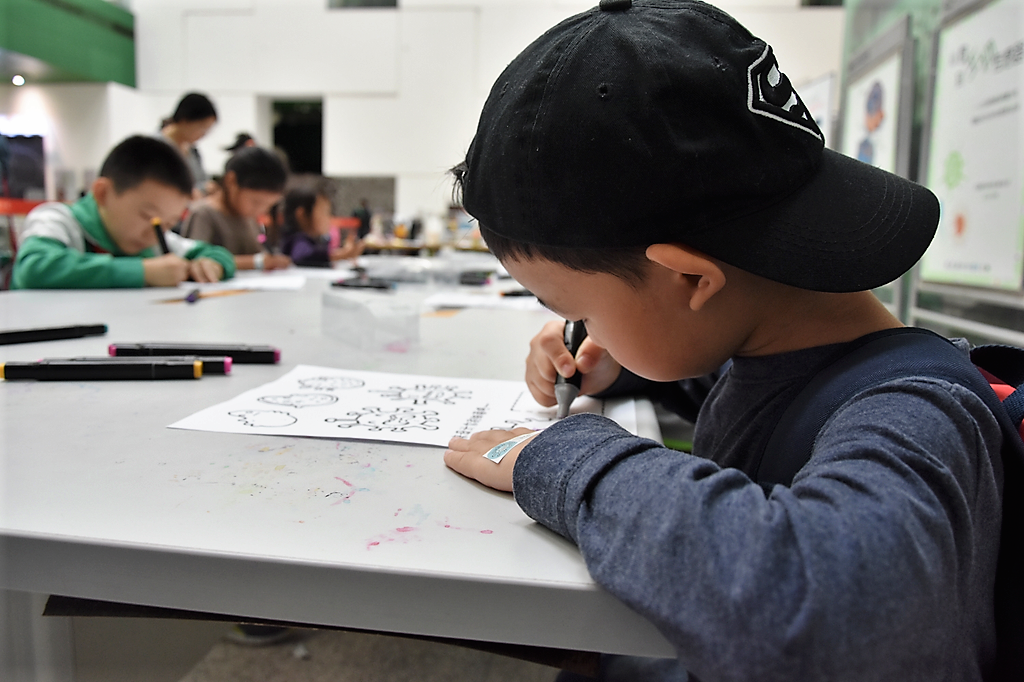 After a short superficial lecture about DNA, kids handcrafted DNA helix 3D-model with colored cardboard under team's instructions. While having great fun, kids simultaneously twigged little about fundamental biological facts concerning DNA such as "A is slicked with T while C is with G", "What does a helix structure look like" and so on. 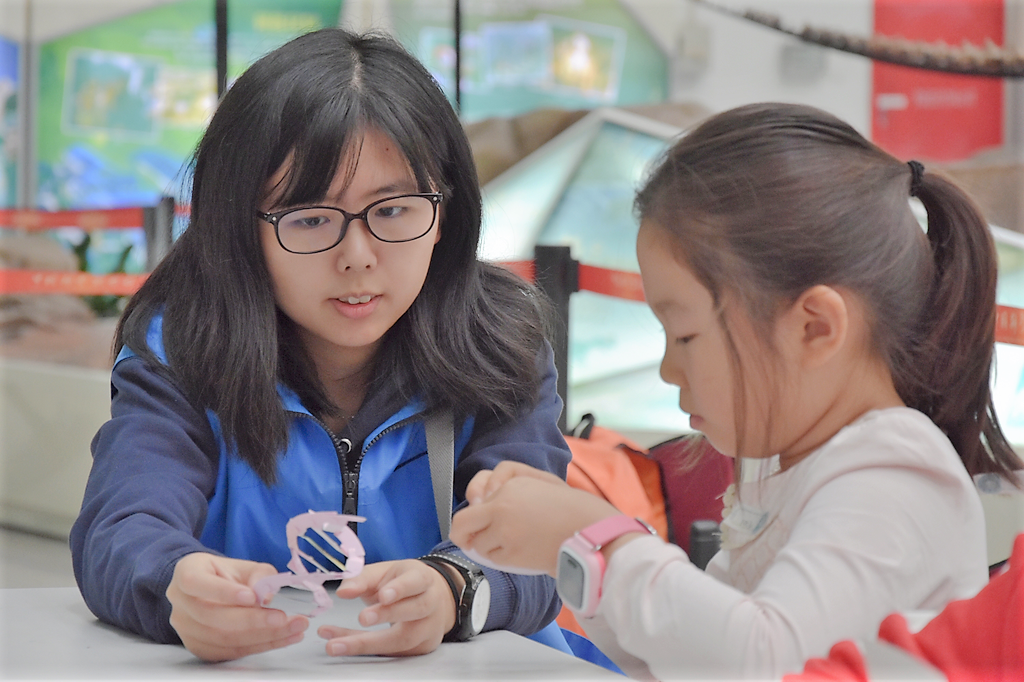 This section gained the most population all through the entire exhibition. Cooperated with Molecular Biology Laboratory of Tsinghua University, we used IPTG-induced fluorescent bacteria looked red, yellow and green as painting materials. Given a brief introduction of how fluorescent bacteria glows, kids painted lovely pictures with colorful bacteria under rigorous professional protections. Not only children, teenagers, even college students also participated in the painting, showing great interest in synthesis biology.

"I didn't know that E. coli can not only make me ill, but also be modified into cool biological sensors and used to create beautiful paintings! Amazing!" said a kid involved. 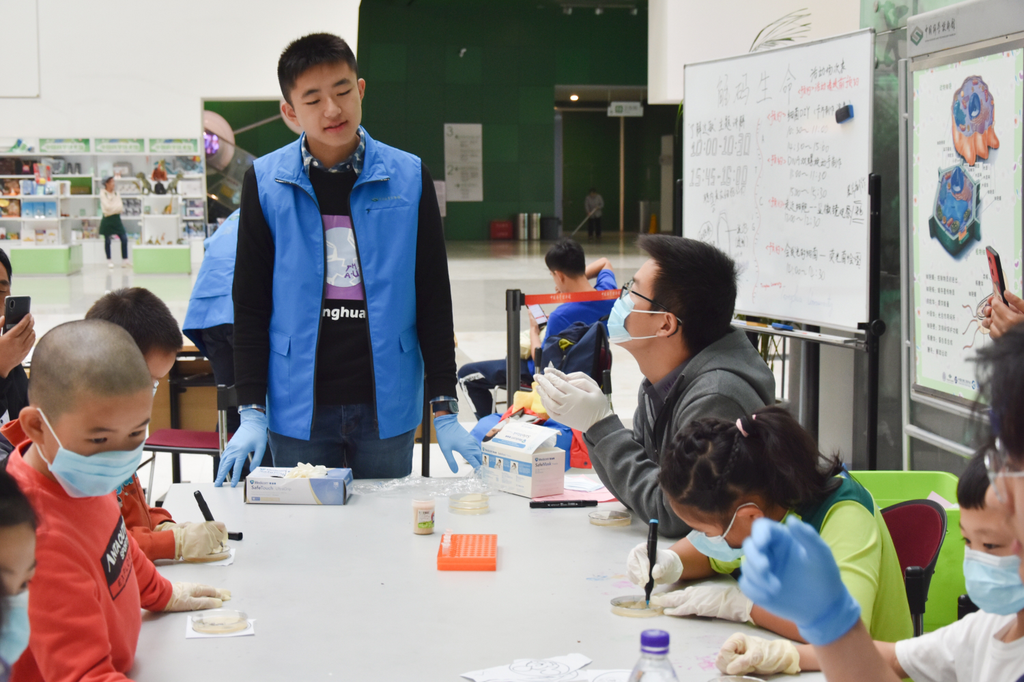 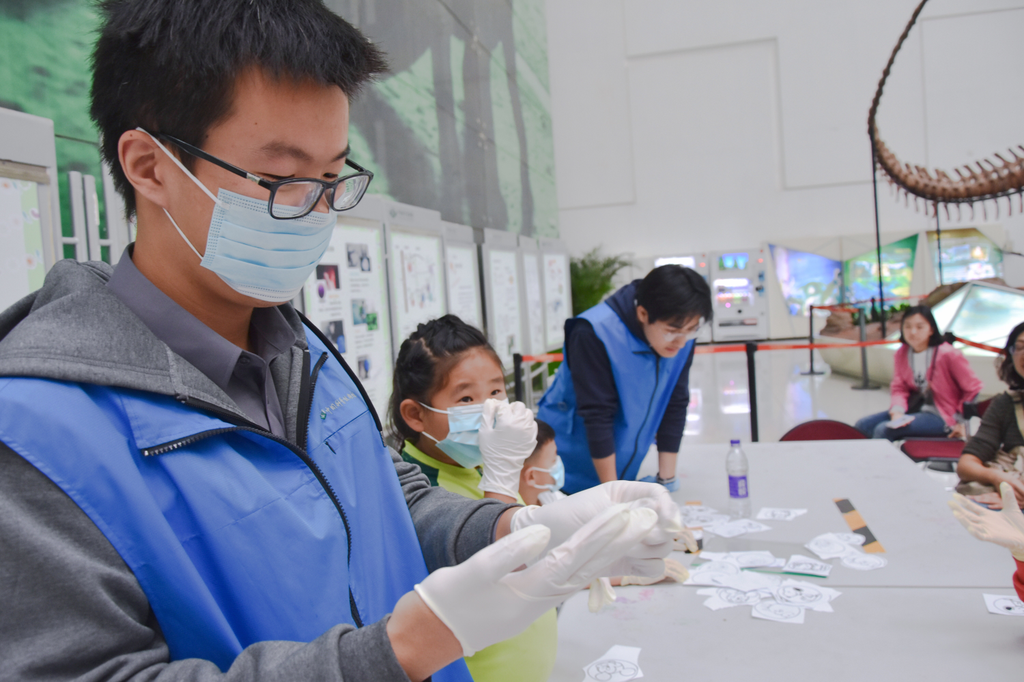 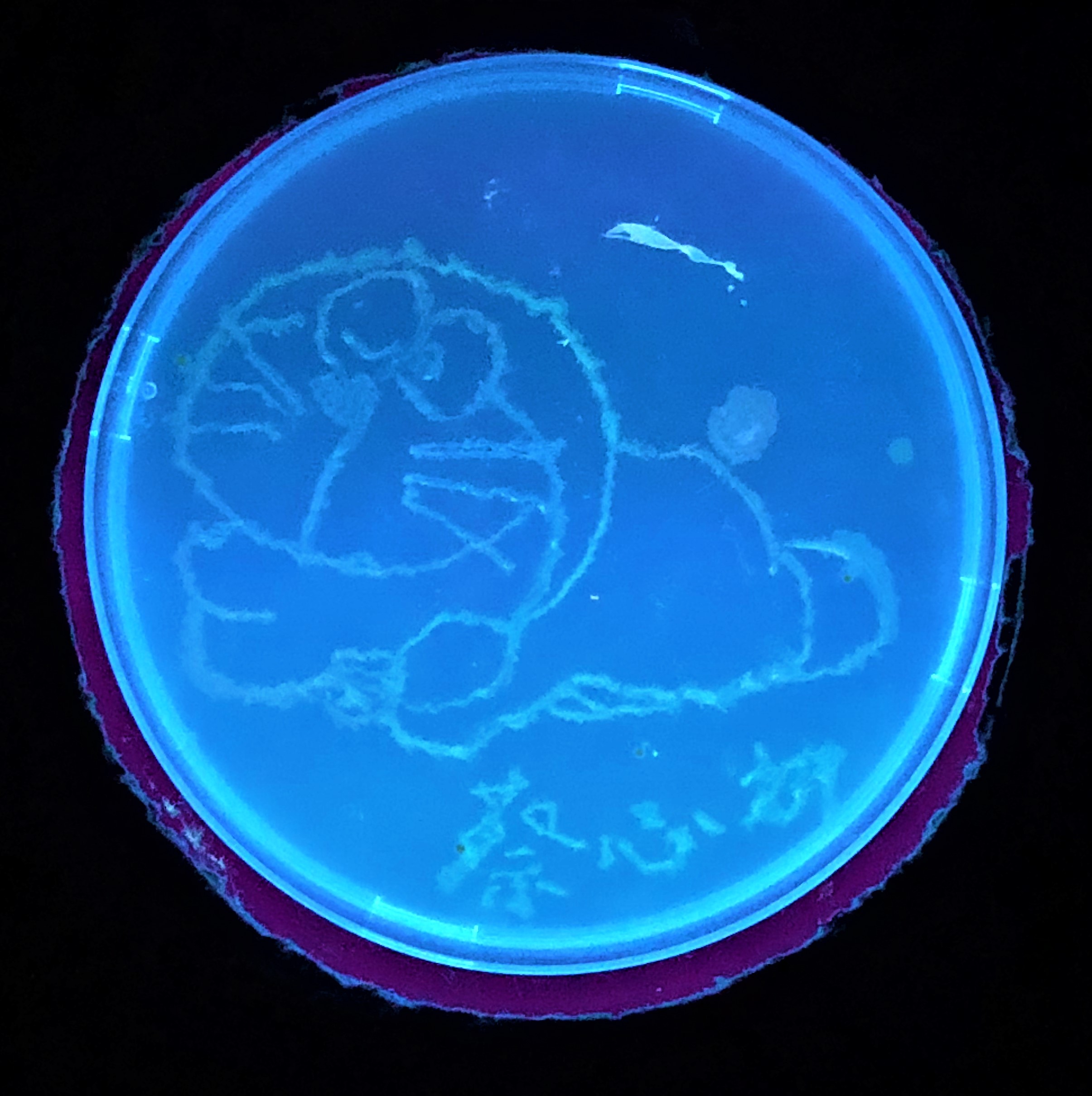 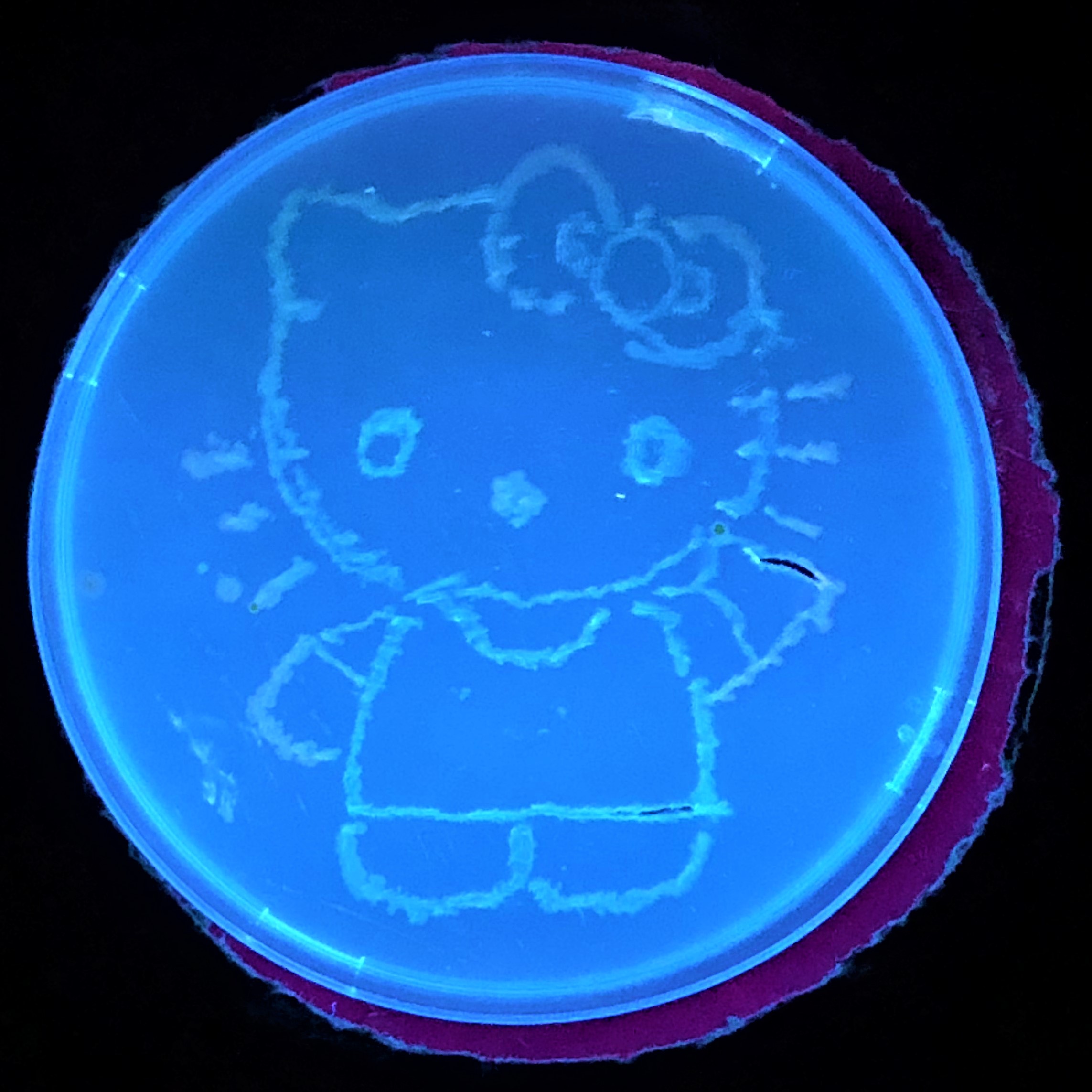 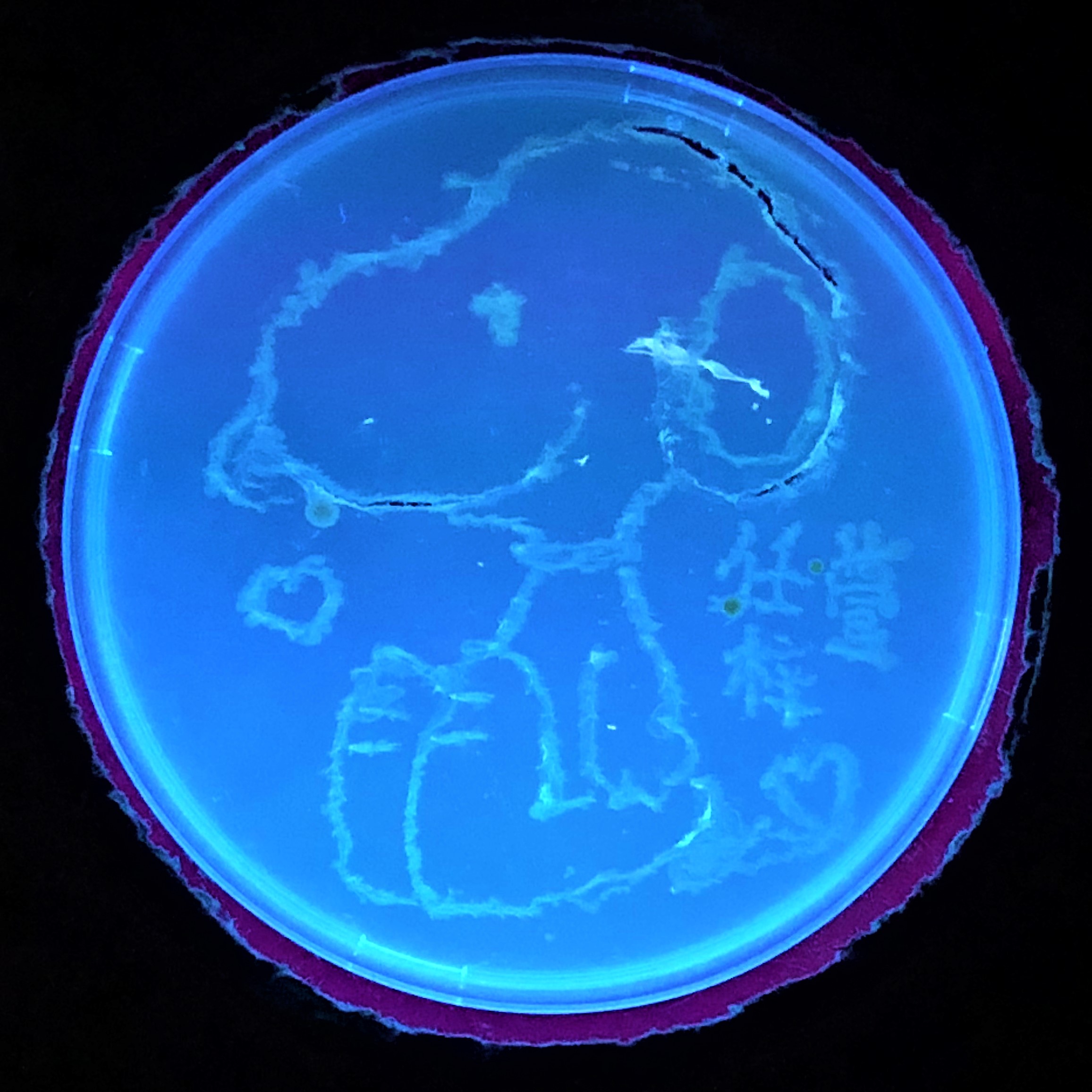 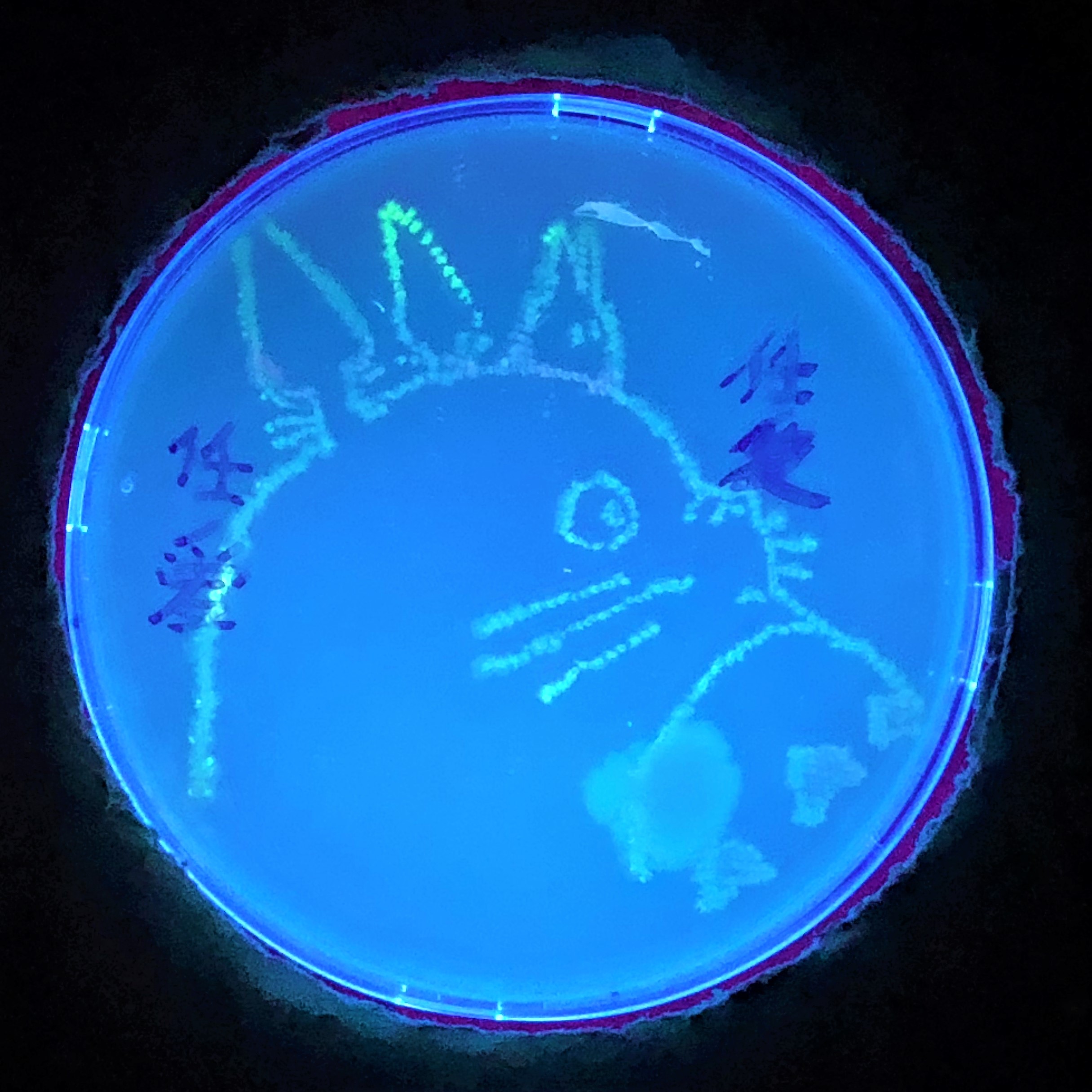