Their modification work provide us with great convenience in our work in 2018.

In August, we borrowed original yeast CEN.PK2-1c from Laboratory Li Chun which Team BIT_China was attached to. The yeast did not undergo modifications below.

In this year, we make a model based on our research of diagnosis model for Team BIT-China to help them construct the relation between Hydrogen peroxide input and fluorescence intensity.

The Scatter Plot of data are demonstrated below. 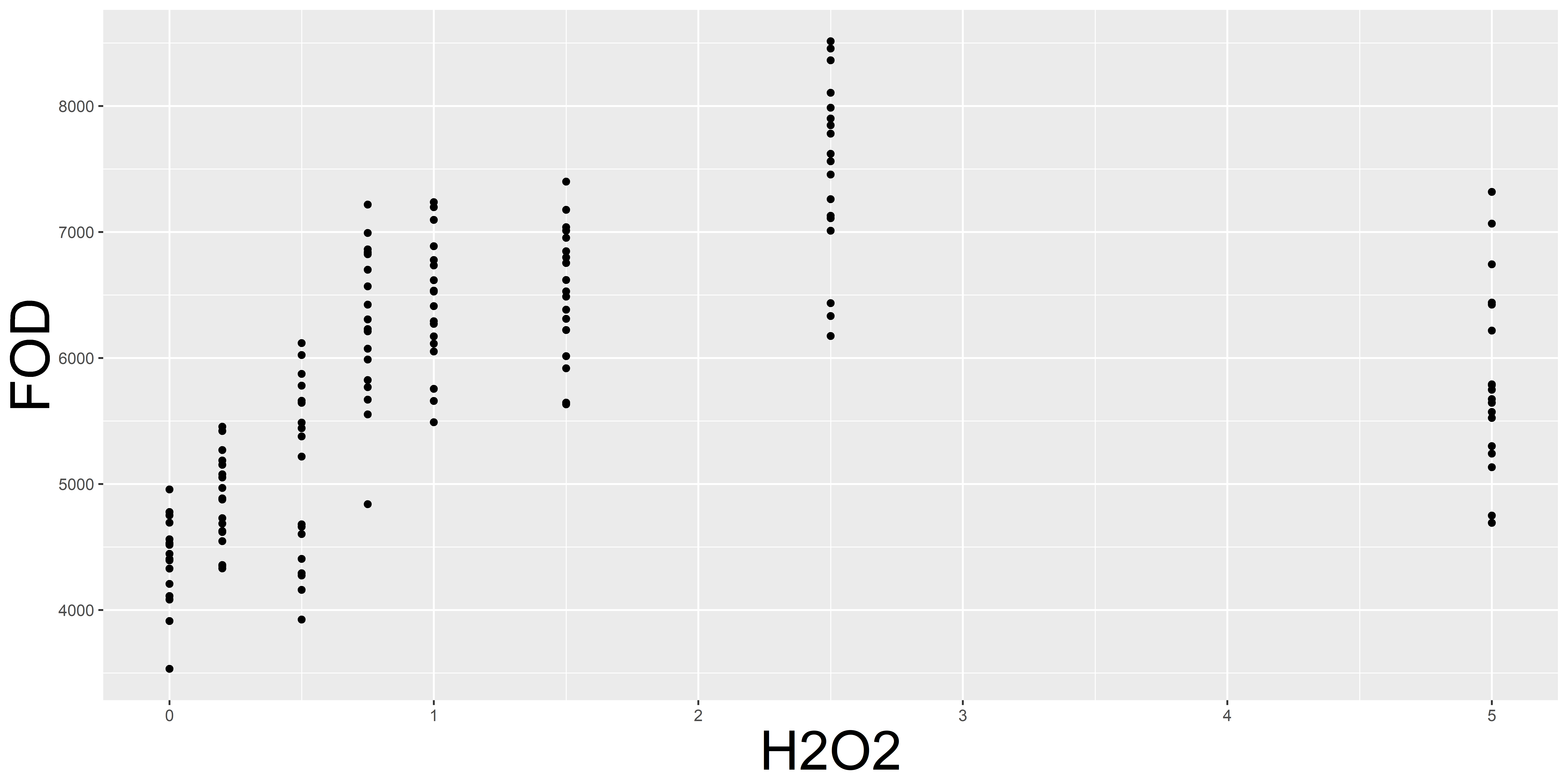 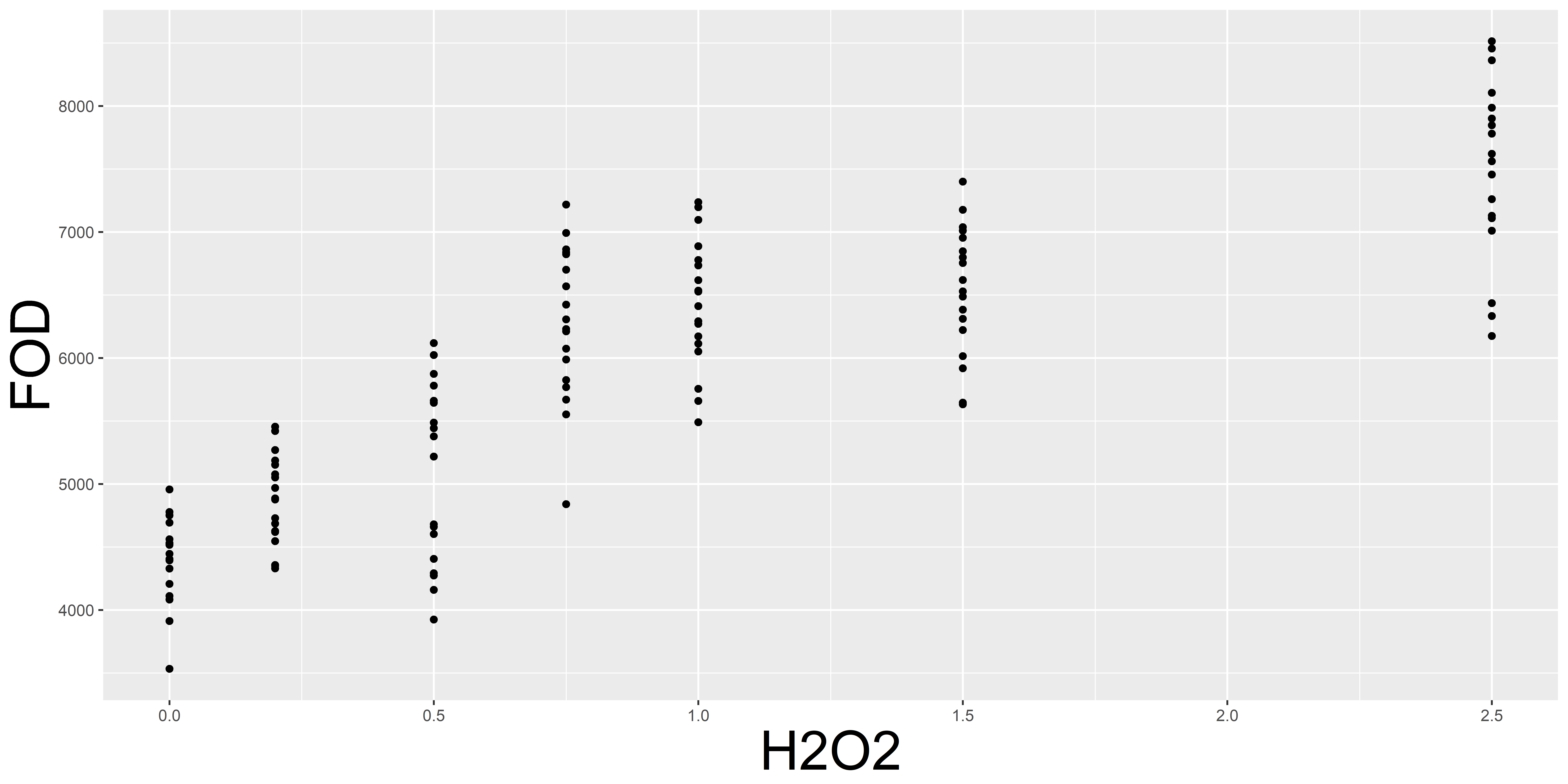 The scatter plot witnessed a significant linearity of between FOD and $H_2O_2$, so we tend to use a linear model to predict and explain the results.

With the criteria of the least square, we construct following linear model

The property of the model are demonstrated below 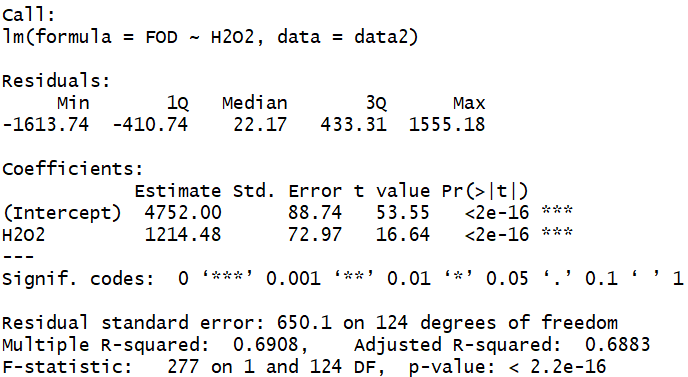 The data along with the fitted values of the model and the confidence interval are pictured below. 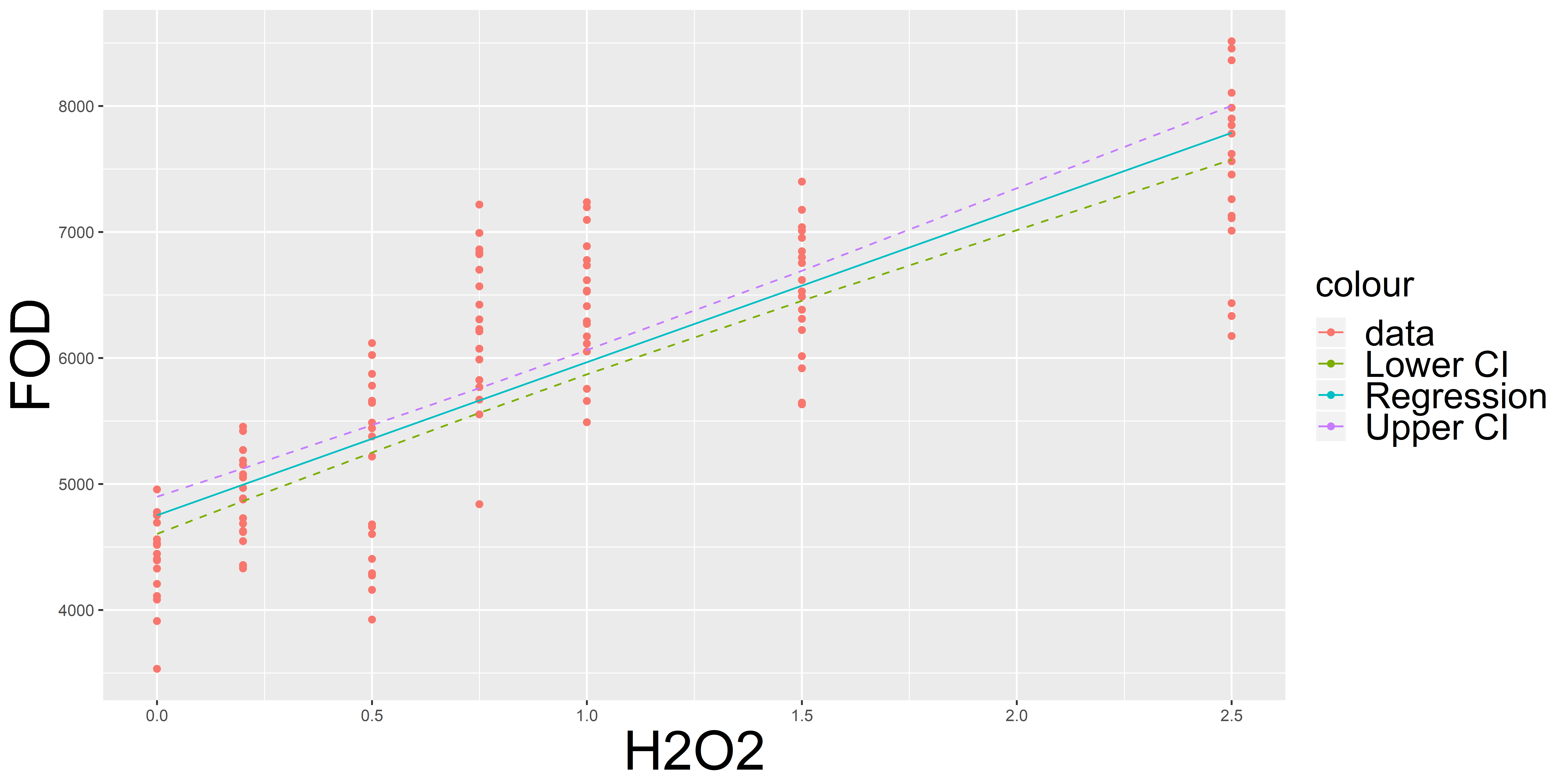 We also run a residuals analysis to ensure this linear model is proper to fit the data. First, we draw histogram and QQ-plot of standard residuals. 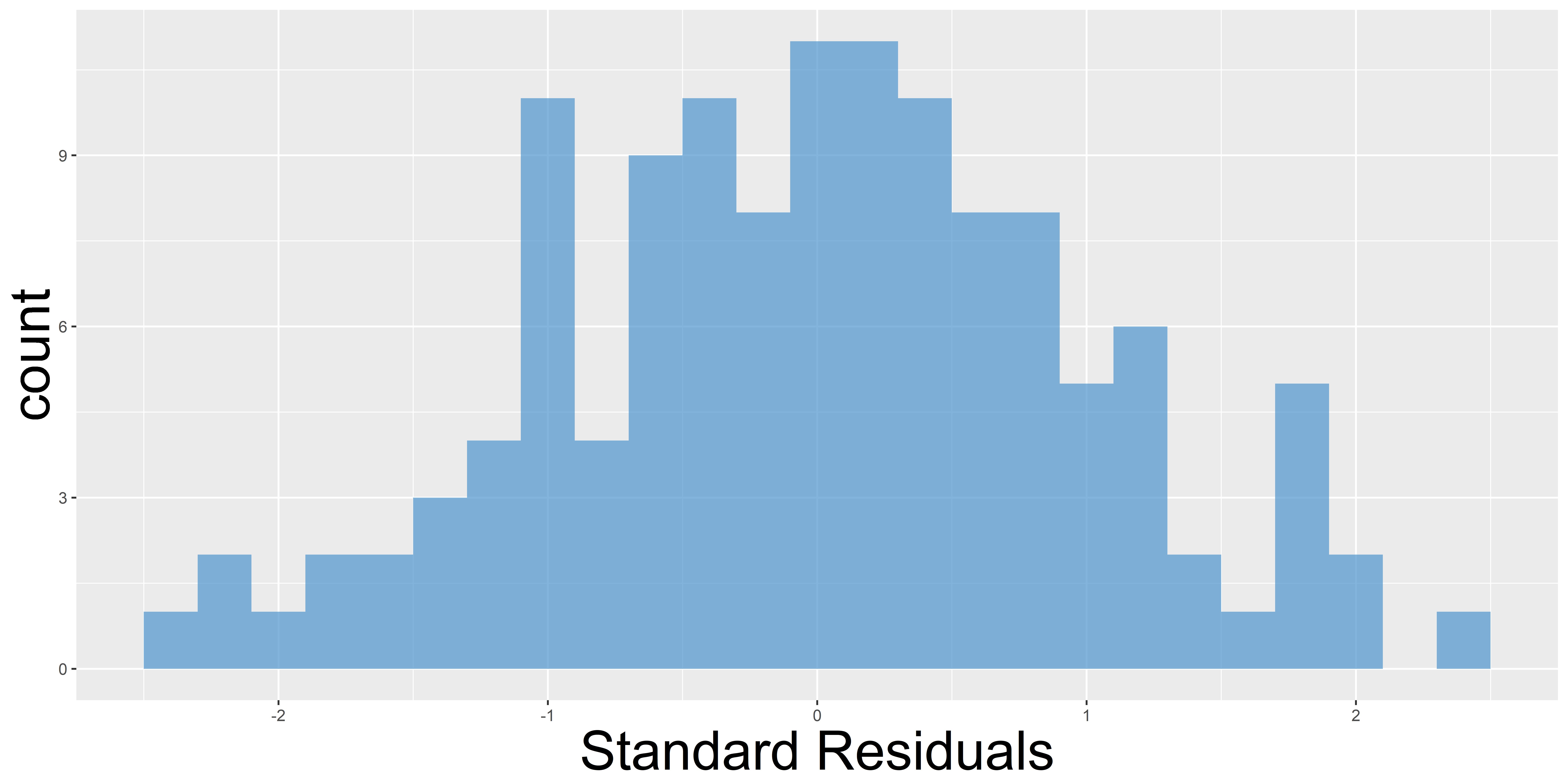 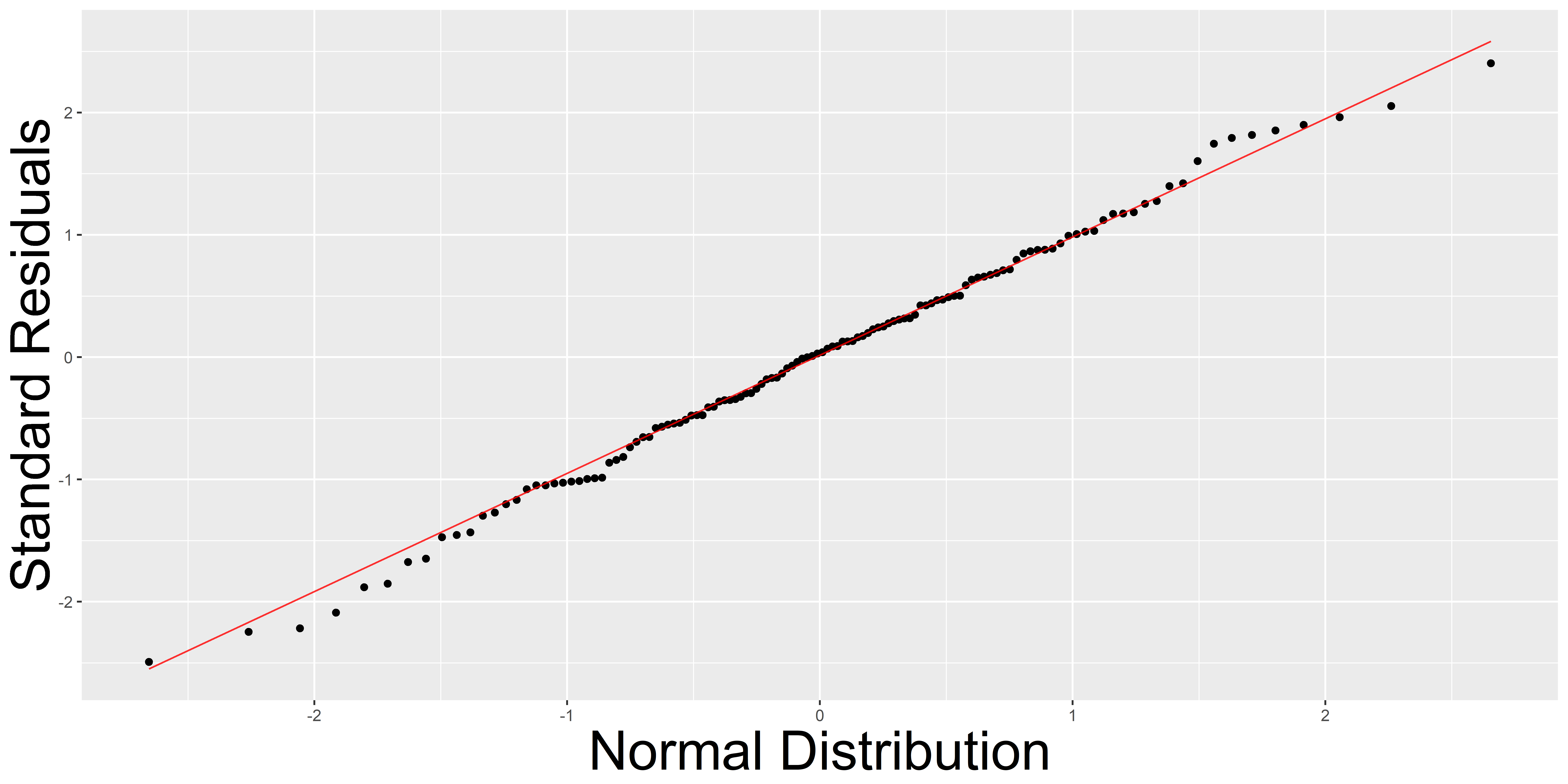 From the histogram, the standard residuals equally drop in the two sides of zero, which means that the residuals are possibly independent. Also, the QQ-plot implies the significant normality of residuals.

The linear model we constructed validates the linearity between the concentration of $H_2O_2$ and the fluorescence intensity divided by the OD value, which the $H_2O_2$ is in the interval from 0 to 2.5$mM$. And we also analyze the residuals of the model to ensure it works well. With this model, we can properly predict the output when the concentration of $H_2O_2$ is in certain interval. 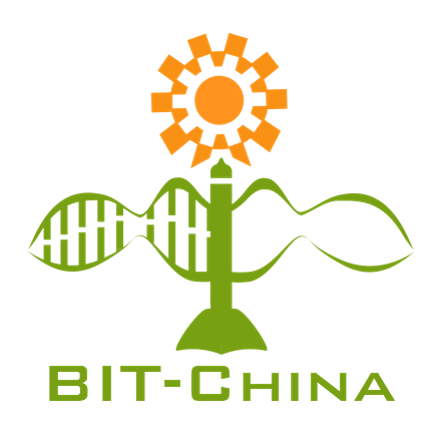