This is the story of Neon Coli.
At the beginning its was designed to be the circuits of a bacterial neon light. With the quorum sensing system, colonies of bacteria can communicate with each other and act in synchrony. With the hope to enhance the output signal we arranged the quorum sensing systems into a positive feedback loop.
However, the positive feedback loop did not work as we expected. Even though the output sfGFP signal was magnified, the leakage of the circuit has made it impossible to control its activation. We wondered if there were a way to build a circuit with the high output of a positive feedback loop, but without its horrible leakage. With this purpose at heart, we interviewed the teams in the area and asked if they had also encountered such problems and if they had managed to find a solution. Unfortunately, we found out that indeed expression control is an universal obstacle for iGEM projects, and that most teams had no idea how to deal with it. In light of this new discovery, we decided to shift our attention and change our name to an acronym NEON for Necessary Expression ONly.
The new NEON project intended to build a controllable positive feedback circuit, that can work as an expression optimizer and assist in signal transduction processes. We introduced the CRISPRi system to subdue the positive feedback loop, keep the system in hold without stimulation. We designed a series of experiments to characterize each component of the NEON system, gathering parameters for a model. Based on the simulation results of our model, we discovered several hot spots, including the promotor lux pR. Slight change to the properties of lux pR would cause significant deviation to the system. Taking all the information into consideration, we decided that the original lux pR might not satisfy the need of our system. Thus, with the hope to discover a sensitive and low-leakage promotor, we designed several lux pR mutants on the luxR/AHL binging sites. After testing all the lux pR candidates for their leakage and transcription efficiency, we designed a new lux pR that we named lux pR-HS. We designed NEON with the intention to help fellow iGEMers. Our system offers researchers a tunable system to regulate the gene expression and signal transduction. Additionally, Positive feedback circuits could be an approach for synthetic circuits to realize complex functionalities, such as logic gate, toggle switch and bistability.

Process control is essential in the field of synthetic biology. The aim of process control is to ensure the specificity and effectiveness of the engineered system. Feedback, which is the modification of a system by its results, is one of the most important concepts in process control. Feedback occurs when the output produced from a system acts back to the system as input, forming a chain of cause-and-effect loop[1]. In accord with its effect on the system, feedback is divided into positive feedback and negative feedback. Unlike negative feedback that tends to reduce the fluctuations in the output, positive feedback drives the system away from the initiation point. The effects of a small disturbance might include an increase in the magnitude of the perturbation.
In nature, positive feedback regulation is widely employed in significant biological processes, including calcium signaling, regulation of the polarization of budding yeast, Xenopus oocyte maturation[2], sugar transportation and uptake in bacteria, bacteriophage lambda lytic-lysogeny switch, induction of IFN reaction for viral defense[3] and cell cycle oscillation[4] and so forth. Positive feedback is also important for synthetic circuits to realize complex functions, such as logic gate, toggle switch and bistability[5]. These positive feedback regulation can act on different stages, for instance, transcriptional regulation, post transcriptional regulation, post-translational regulation and cell-cell regulation[6], which provides diverse approaches for design in synthetic biology study. 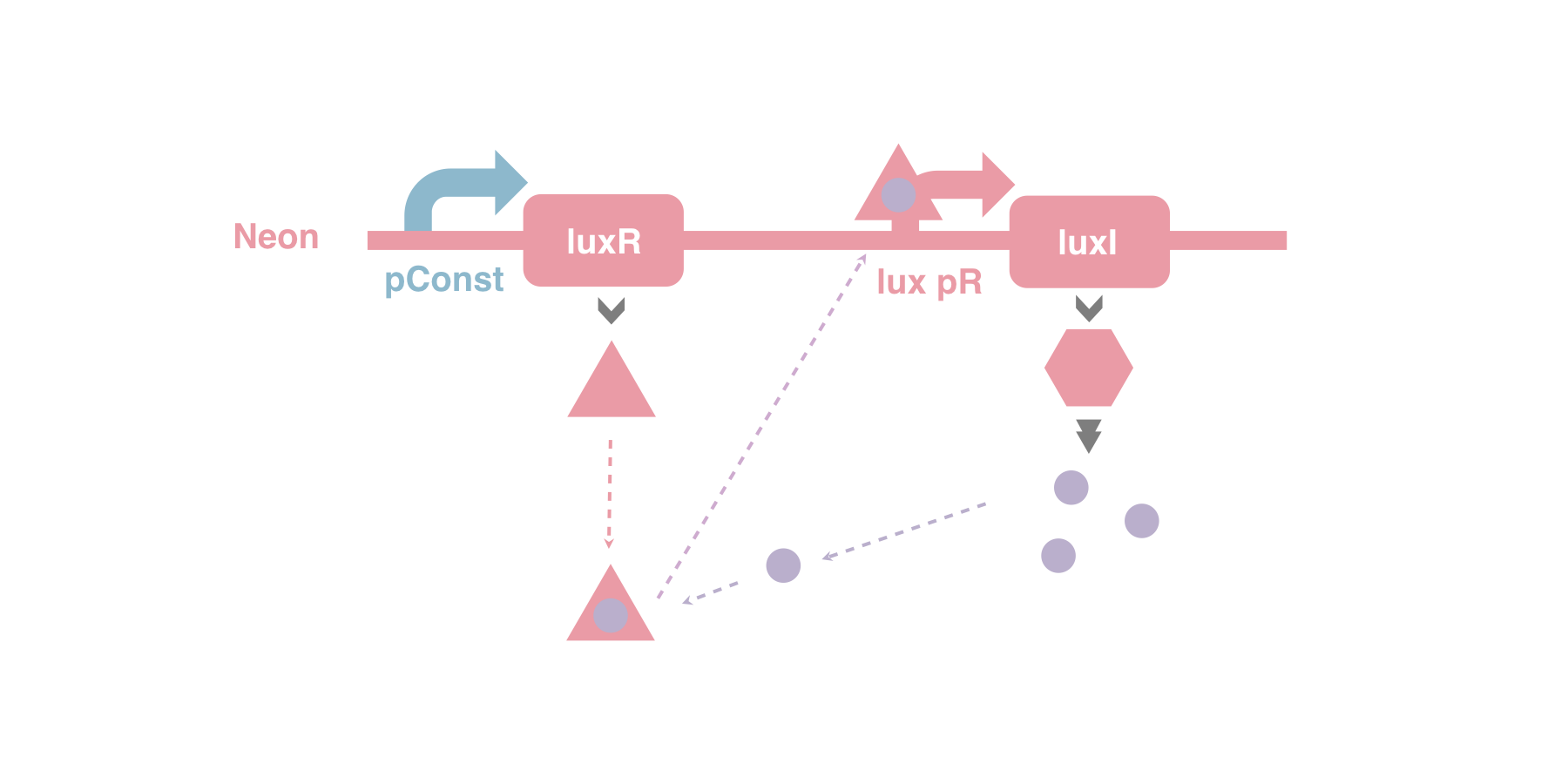 Figure.1. Lux quorum sensing positive feedback loop.
Quorum sensing (QS) is a widely used system in synthetic biology and also in numerous iGEM projects. The original quorum sensing system coordinates bacterial gene expression according to the density of their local population by the production and detection of diffusible signal molecules. Quorum sensing system enables the bacteria to alter its behaviour and expression profile to better adapt to the changing environment.
Vibrio fischeri quorum sensing system is widely used in synthetic biology research. The system includes the LuxI and LuxR proteins. The LuxI protein generates the quorum-sensing signal molecule N-3-oxohexanoyl-L-homoserine lactone (3OC6-HSL), and LuxR is a signal-responsive transcriptional regulator that activates certain genes by binding to the lux that is upstream of the transcriptional start of the lux operon[7].
The inevitable shortage researchers are facing is that the intensity of most quorum sensing systems is relatively low. To overcome this, several solutions could be considered. The modification and optimization of the quorum sensing machinery should prove promising. The introduction of a positive feedback system could also be a feasible way to improve the response (or lack of response) of QS systems. However quorum sensing positive feedback loops suffer from leakages. In order to guarantee a controllable effective system, a negative control system should be introduced. 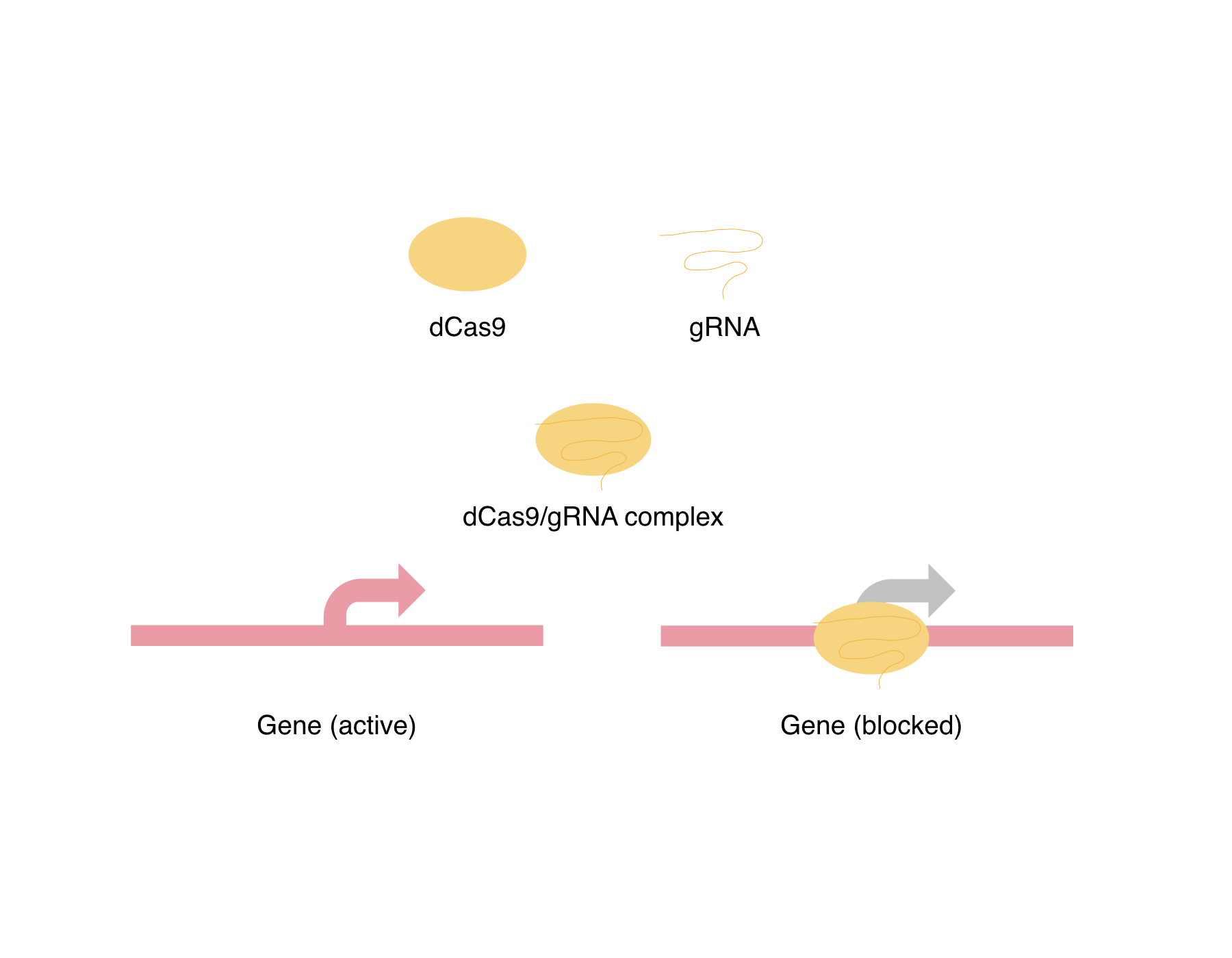 CRISPR interference(CRISPRi) is a popular genetic perturbation technique that allows sequence-specific regulation of gene expression based on the bacterial genetic immune system - CRISPR (clustered regularly interspaced short palindromic repeats) pathway[8]. In CRISPRi system, the mutant Cas9 protein lacks endonuclease activity, called dCas9 (dead Cas9)[8], however it can still regulate genes in an RNA-guided manner. The single guide RNA (gRNA) is a short strand of RNA complementary base-pairing to the targeting loci. gRNA can bind with dCas9 protein to form a complex and the guiding part of its sequence determines the targeting specificity. According to observed data, whether in prokaryotes or in human, this steric inhibition can repress the expression of the target gene by a relatively high efficiency[8]. Therefore, the highly effective CRISPRi system provides an ideal measure to deal with the leaking problem of QS positive feedback system by down-regulating the corresponding transcription thus reduce the expression of QS molecules unwanted when inducing signal is not provided.
In conclusion, we establish a controllable feedback system based on the knowledge above. It could be employed in various synthetic biology projects and could well improve the performance of prokaryotic expression and signal transduction systems.