Liquid biopsy refers to sampling and analysis of non-solid biological tissue, and is used for disease diagnostics and prognosis. In cancer diagnostics and prognostics, liquid biopsy is mainly used to quantify and characterize circulating tumor DNA (ctDNA) in blood. ctDNA is short fragment (~180bp) of double stranded DNA derived from tumor cells. When patients develop, ctDNA enriches in blood, containing variable information about cancers such as genetic mutation and methylation.

Liquid biopsy has become an exciting field of biomedical research since it has several advantages compared to common tissue biopsy. As liquid biopsy analyzes blood rather than cancer tissue, it is much less invasive and causes less pain during sample collections. As a result, multiple liquid tests could be carried out in different times to monitor the progress of disease and treatment. Moreover, many cancers have no detectable solid tissues in the early stage, rendering tissue biopsy impossible. By contrast, liquid biopsy could detect a trace of ctDNA released from small amounts of cancer cells even tumor is not present, gaining it huge power for diagnostics.

Inspired by this emerging field, our original goal was to develop a general platform that could be used to (1) identify potential diagnostic biomarkers and (2) rapidly detect cancer from a given sample. While doing our literature research and talking to clinical researchers, we came across the idea of using promoter methylation as a quantifiable diagnostic metric. Most analyses of the methylation signal rely on a procedure known as bisulfite sequencing. It begins with converting unmethylated cytosine to uracil with sodium bisulfite, leaving methylated cytosine alone. Converted ctDNA undergoes multiple rounds of polymerase chain reaction (PCR) to selectively amplify methylation regions. In the end, amplified product is analyzed, typically by next-generation sequencing (NGS). Although bisulfite sequencing remains the gold standard for ctDNA methylation analysis, we quickly identified several limitations of this method: 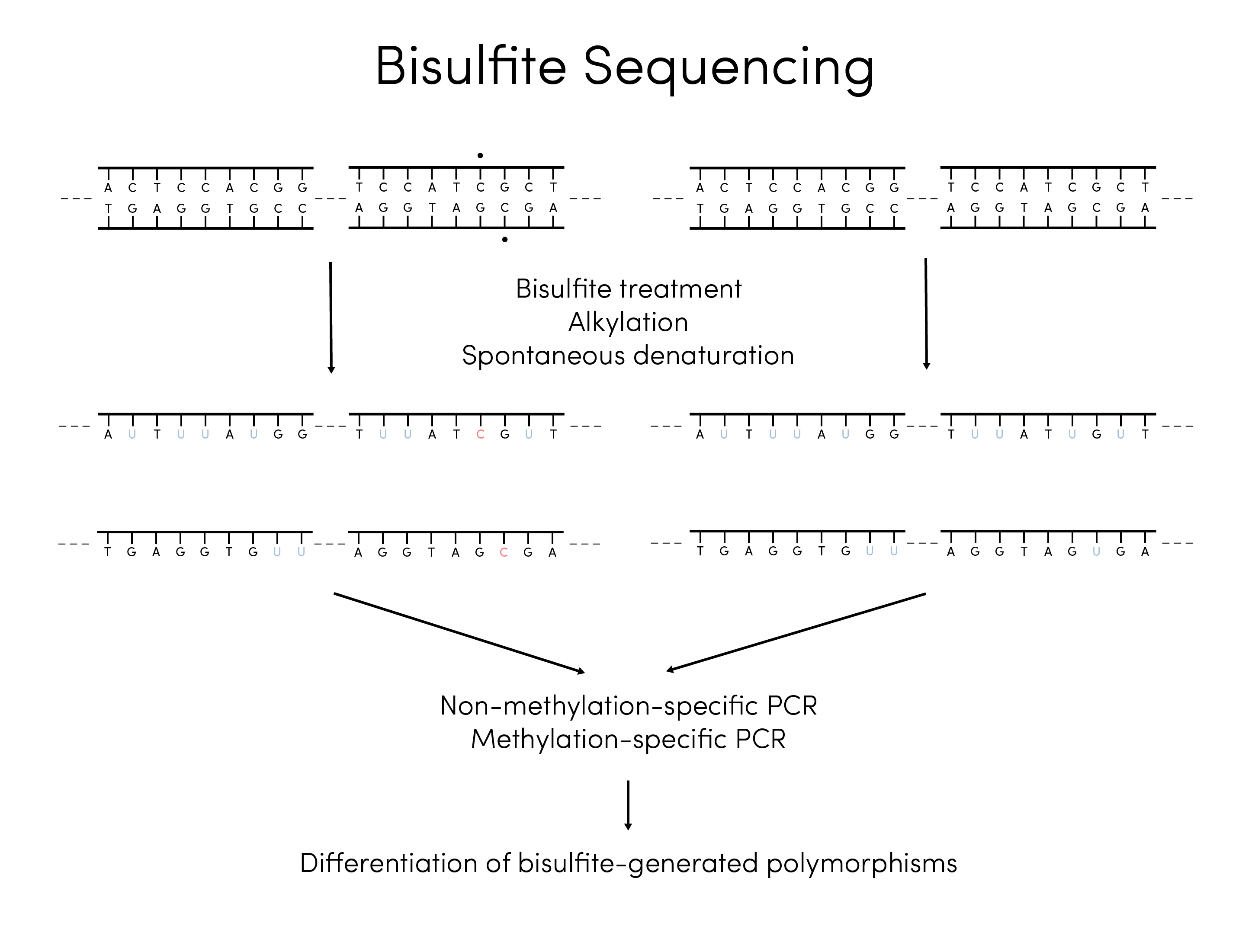 In addition, the lack of commercially available diagnostic tests is due to the fact that it is quite difficult to determine potential biomarkers; outside of existing literature, there are few resources out there for clinicians and oncologists to rely on when performing a liquid biopsy and choosing a particular gene of interest. Here is just a simple flowchart of all the possible methods that researchers can use in order to gain information about methylation patterns.

To address the first problem that we had identified, our team decided to use synthetic biology coupled with nanomaterials to determine methylation levels of specific sites. A clinically useful assay to profile methylation sites ultimately requires output of a quantitative value. Through literature research, we decided to use beta methylation values which are commonly used In other detection methods such as bisulfite treatment coupled with NGS.

An ideal design should be able to quantitatively measure two values: frequency of total target ctDNA and frequency of methylated target ctDNA. Our design could quantify these two parameters on a single platform by two separate fluorescent readouts.


The central biological part in our design is methyl-CpG-binding domain (MBD domain). MBD domain comes from a family of proteins called MBD proteins and retains its functionality when single domain is present. It specifically recognizes symmetrically methylated CpG dinucleotides on double-stranded DNA (dsDNA). On the other hand, MBD domain has much lower affinity toward non-methylated CpG and hemi-methylated CpG. Coupled with signal generation biological parts such as eGFP and Horseradish peroxidase (HRP), MBD domain has the potential to detect and quantify methylation levels of ctDNA.


Current ctDNA methylation methods, such as bisulfite treatment coupled with NGS, are able to quantify methylation levels of specific methylation site. Using MBD domain seems to pose a problem as it is reported to be sequence-independent: MBD domain could not differentiate methylations from different methylation locus. Ambitious to build a simpler, cheaper, and faster device while maintaining its ability to be site specific, we use direct hybridization method based on Yu’s idea.

As Yu et al. reported, target-complementary DNA probes are designed to have single methylation on target locus. When target DNA hybridizes to DNA probe, MBD could differentiate site-specific methylation status by binding to symmetrically methylated duplex but not the hemi-symmetrical ones. However, this MBD method requires modification of target DNA with fluorescent dye, which is difficult when other nonspecific DNA is present in the sample. Moreover, the method failed to quantify the frequency of total target DNA, a crucial parameter for beta value calculation mentioned above. This year, UCSD iGEM team has successfully built upon the MBD method to build a clinically relevant platform for DNA methylation testing. 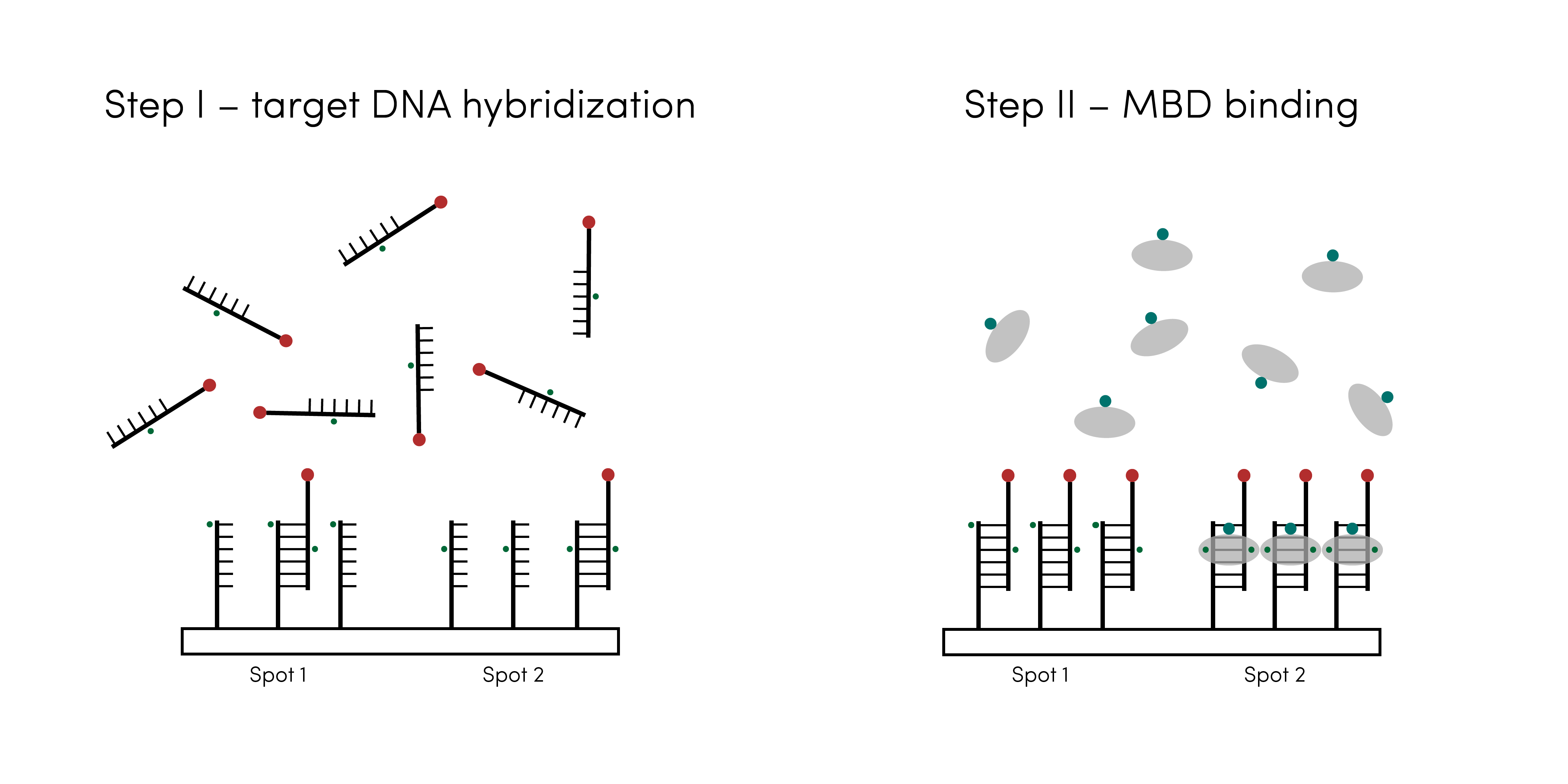 Figure 2. Preliminary visualization for providing specificity to the MBD protein

Cheap and accessible, graphene oxide (GO) has shown many Interesting properties under nanoscale. Previous research has demonstrated that graphene oxide has a strong affinity toward single-stranded DNA (ssDNA) and it quenches fluorescent dyes (e.g. FAM) whenever dyes get close to surface. 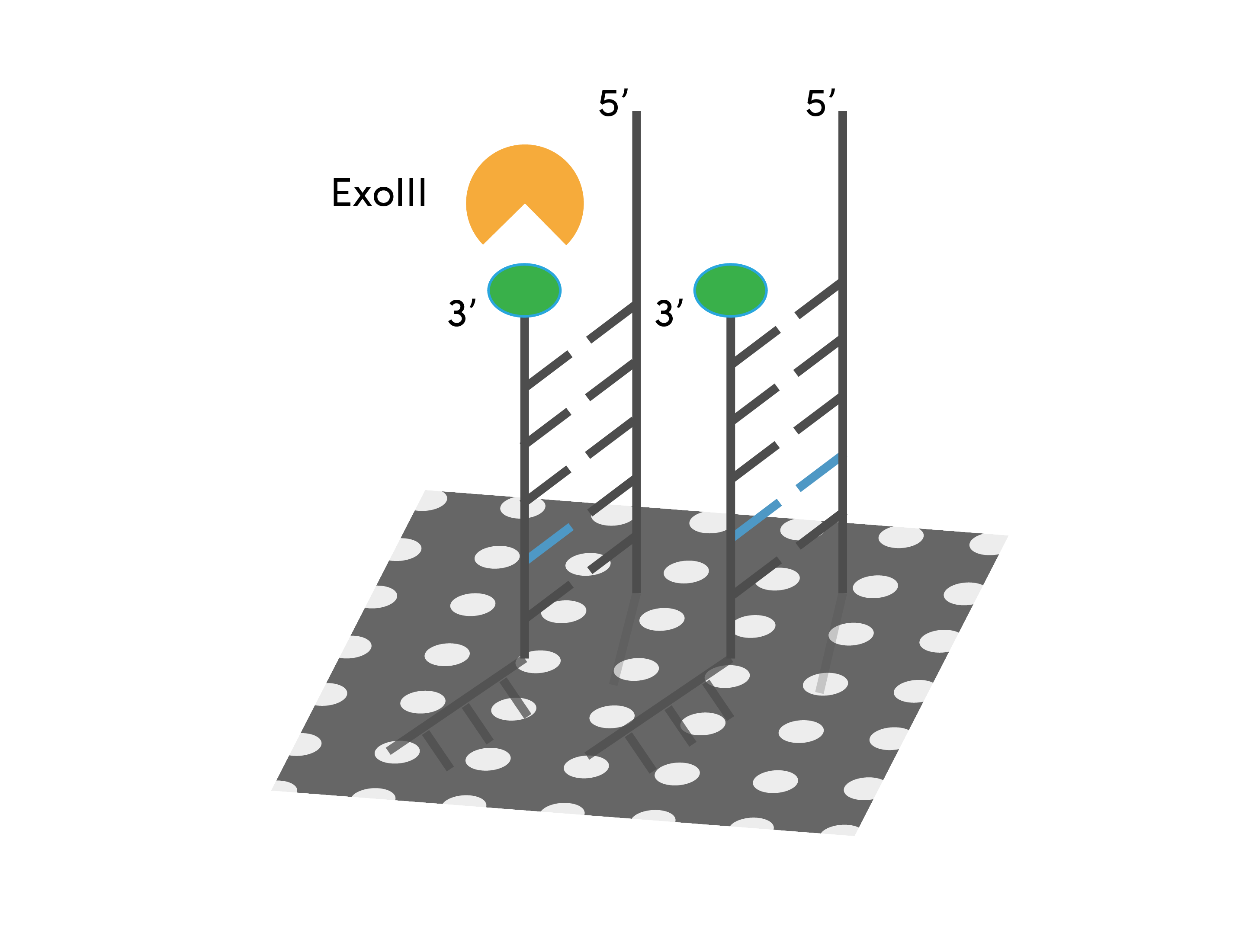 A typical silicon gel-purified ctDNA sample contains at least three DNA entities: target DNA with methylation, target DNA without methylation, and nonspecific DNA. Target ctDNA, no matter methylated or not, will specifically hybridize with recognition region of probe DNA to form partial dsDNA duplex. Such duplex significantly weakens DNA-GO interaction and therefore pushes fluorescent dye away from GO surface. This process recovers fluorescent signal, which could be used to quantify target ctDNA concentration. On the other hand, non-specific DNA could not form duplex with DNA probes. GO could absorb this non specific ssDNA to minimize false positive signal.

Fluorescent dye is sensitive toward DNA detection in general. However, ctDNA exists in a much lower concentration than most biosensor targets. As a result, we employ two enzymatic amplification strategies in our design to improve device sensitivity. The first strategy is exonuclease III (Exo III) digestion. (See Part V for second strategy). E.coli Exo III specifically digest dsDNA duplex from a blunt or recessive 3’ end. ctDNA typically has a length of 180 bp, while DNA probe in our design has a length of ~25bp. As a result, DNA probe will mostly form recessive 3’ end, which is the substrate of exonuclease III. Exo III digests DNA probe and releases single-stranded target DNA and fluorescent dye. Free target DNA could form a duplex with more DNA probes and generate more fluorescent dyes by Exo III. The maximum fluorescent signal could be achieved in 90 min and Exo III could be quenched by 70-degree heating. Impurities such as Exo III can then be washed away prior to performing subsequent steps.

This summer, we were able to express and purify three different MBD fusion proteins to recognize DNA methylation. The first construct we came out with is mMBD-eGFP, which has been expressed and applied in previous research. In this construct, attached eGFP could give a direct fluorescent readout once MBD bind to methylated CpG and the excess is washed away. Avi tag is a 15 amino acid region specifically recognized by biotin ligase BirA. Once biotin is attached, multiple signal amplification strategies could be used to increase device sensitivity (references, see section B).

Based on this characterized BioBrick, which served as our baseline genetic circuit, we started brainstorming more optimal genetic circuits. Much of our attention has been focused on sensitivity, as the original MBD method was not sensitive enough for ctDNA quantitation. We drew out lessons from a concept called “avidity”. When multiple MBD domains are fused to a single sequence, each domain could interact with methylated CpG. Avidity describes the apparent affinity of such multivalent interaction and it is significantly higher than affinity of single MBD-methylated CpG island. However, increasing numbers of MBD on a single sequence also increases protein size and the possibility of interference between domains. As a result, we chose to fuse two MBD domains with a flexible Gly4Ser2 linker in our improved BioBricks. Combining previous literature and our experimental attempts, we found out although human MBD has higher affinity, mouse MBD is much easier to purified and gives higher yield. As a consequence, we chose to use hybrid human MBD and mouse MBD fusion protein, hoping to maximize protein avidity but in the meantime simplify cloning and protein expression difficulties.

Two improved constructs shown below represent two ways to amplify signal, each with its own merit. Hybrid MBD concatenated with HRP could detect methylated CpG in a single step; it also avoids the need to biotinylate the expressed protein, which is necessary for Hybrid MBD with avi-tag. However, Hybrid MBD with avi-tag is a much smaller protein and therefore less likely to exhibit steric hindrance between domains, which could compromise MBD affinity. As we anticipate MBD-methylated CpG recognition could be applied to scenarios other than ctDNA, we design and validate these different constructs to fulfill different applications.

B. Discrimination between methylated target and unmethylated sequences

Our second signal amplification idea comes from the ELISA-type assays. HRP is commonly used to oxidize substrates in the presence of hydrogen peroxide. An oxidized substrate, in this case bi-p,p’-4-hydroxyphenylacetic acid, gives intense fluorescent signal with excitation at 320nm and emission at 406nm. 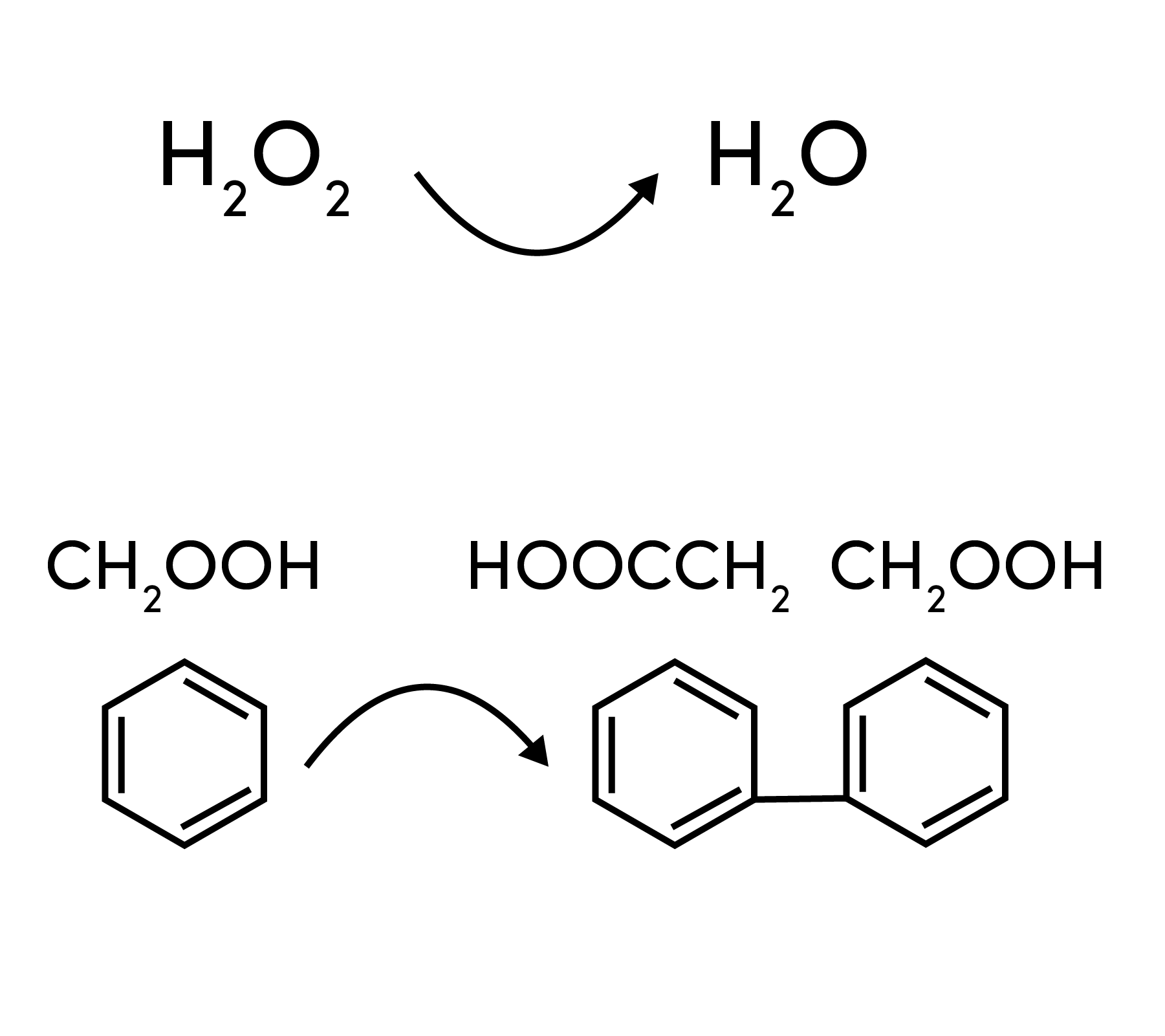 Figure 6. Visualization of the HRP mechanism