This year, our team decided to participate in iGEM’s fifth International InterLaboratory Measurement Study. This collaborative experiment was designed to address issues concerning reproducibility and variability of measurements between different labs due to unstandardized units and methods of data processing. This year’s InterLab study was aimed to address if we can reduce lab-to-lab variability in fluorescence measurements by normalizing to an absolute cell count of colony forming units (CFUs) instead of OD. Green Fluorescent Protein (GFP), a common protein marker in most laboratories, was measured using a plate reader in this study. We used the Tecan Infinite M200 Pro Microplate reader along with Corning 96-well black clear bottom black microplates. In addition, we used competent E.coli DH5a cells to carry the constructs provided by iGEM.

We first obtained standard curves for both absorbance and fluorescence.

Absorbance measurements taken from a plate reader are volume dependent, as the depth of the sample defines the path length of light that is transmitted through the liquid. The volume of sample may vary slightly between wells. To combat this, using LUDOX CL-X provided by iGEM, we produced a conversion factor that would transform Abs600 into OD600.

Then, using the provided Silica beads microspheres that have similar characteristics to the cells we are measuring, we obtained the particle standard curve. This standard curve can consequently be used to convert Abs600 measurements to a rough estimate of the number of cells.

Using 100uL volumes of various concentrations of Fluorescein diluted in 1xPBS, a standard curve for fluorescence was necessarily produced because fluorescence readouts are often inconsistent between plate reader instruments. Measurements were taken at an excitation wavelength of 485nm and emission wavelength of 520nm, as well as an excitation bandwidth of 9nm and emission bandwidth of 20nm.

After the calibration measurements were performed, we were able to begin cell measurements. We transformed a total of 8 different devices provided in the iGEM kit. 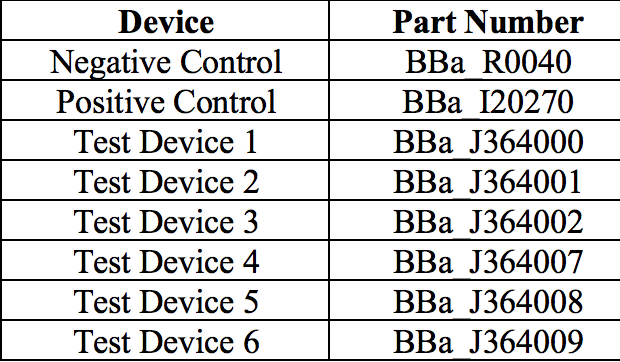 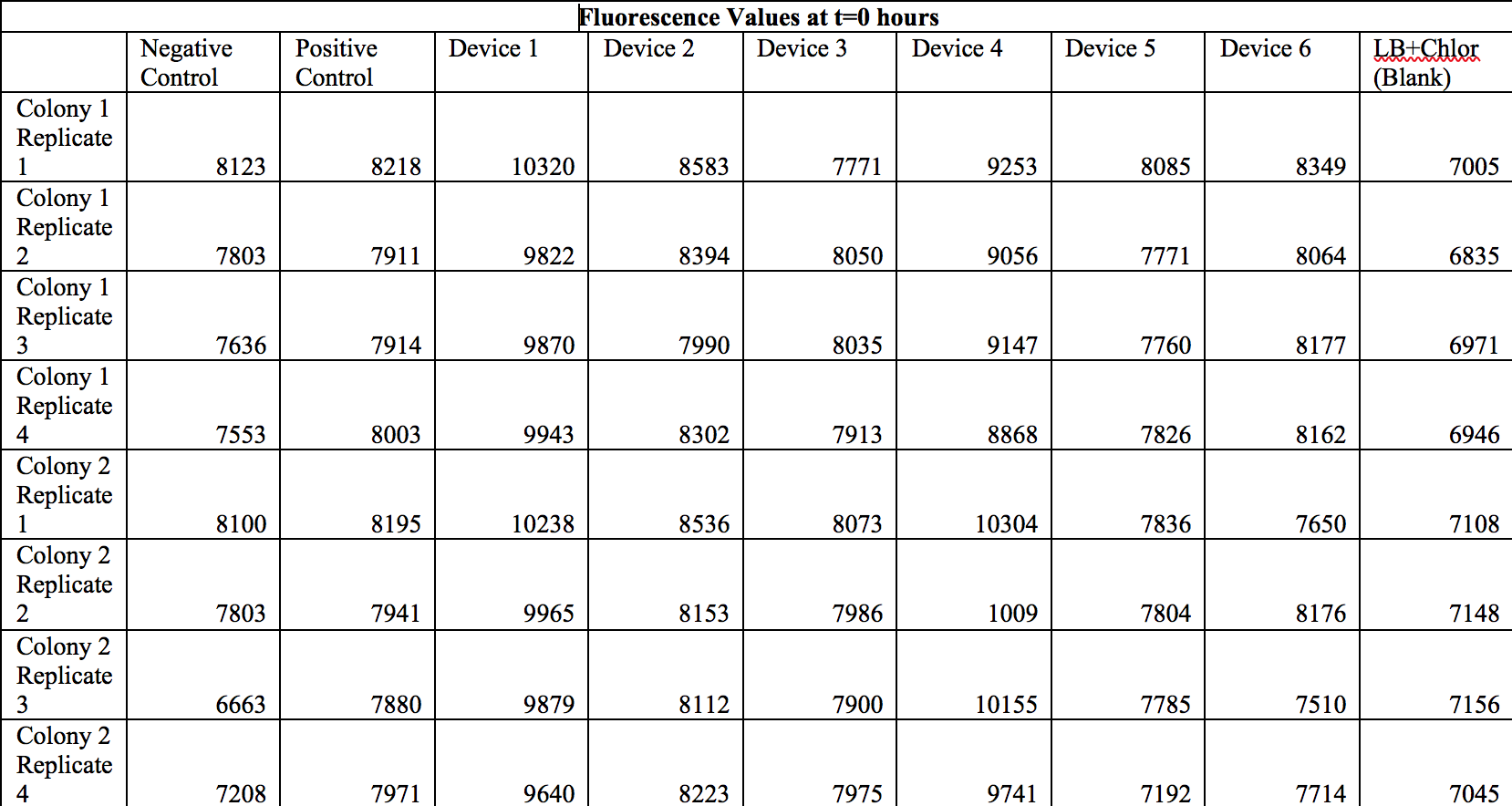 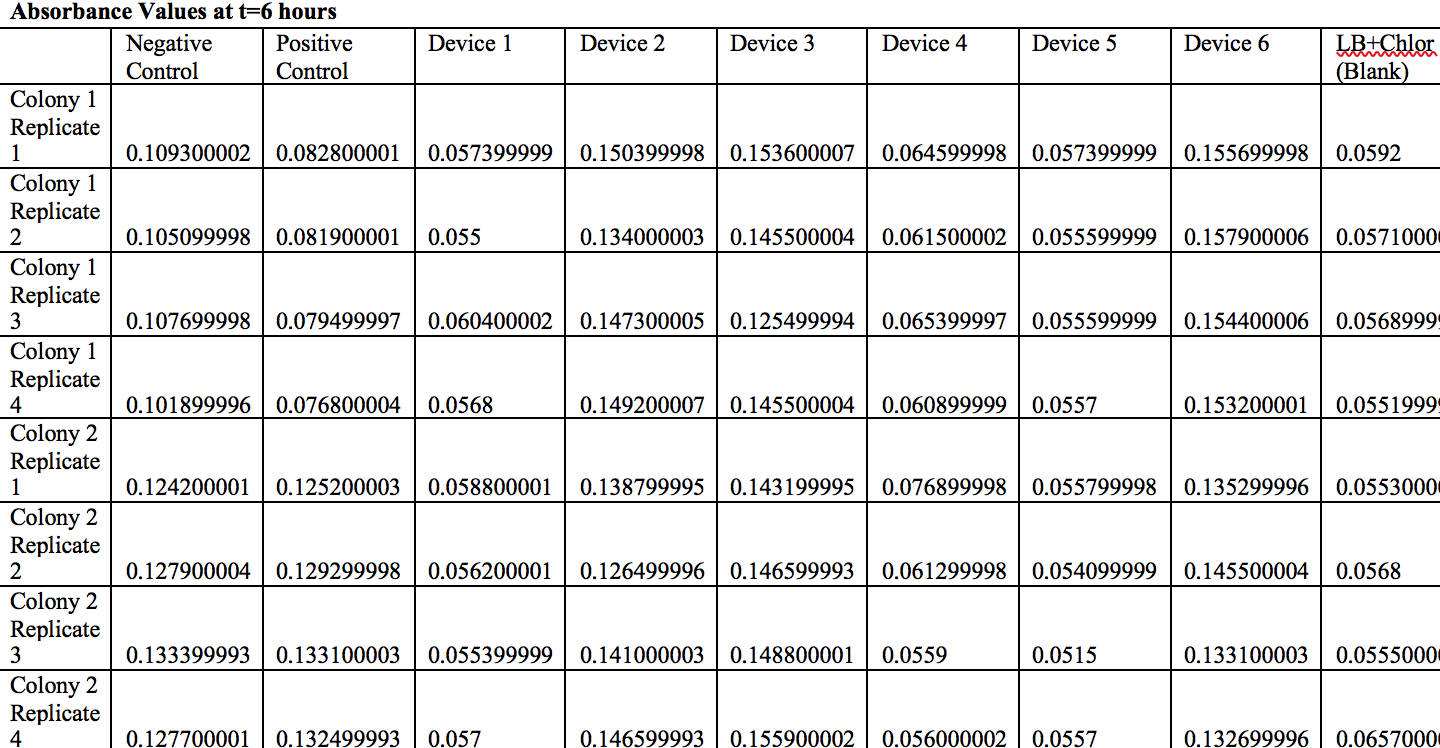 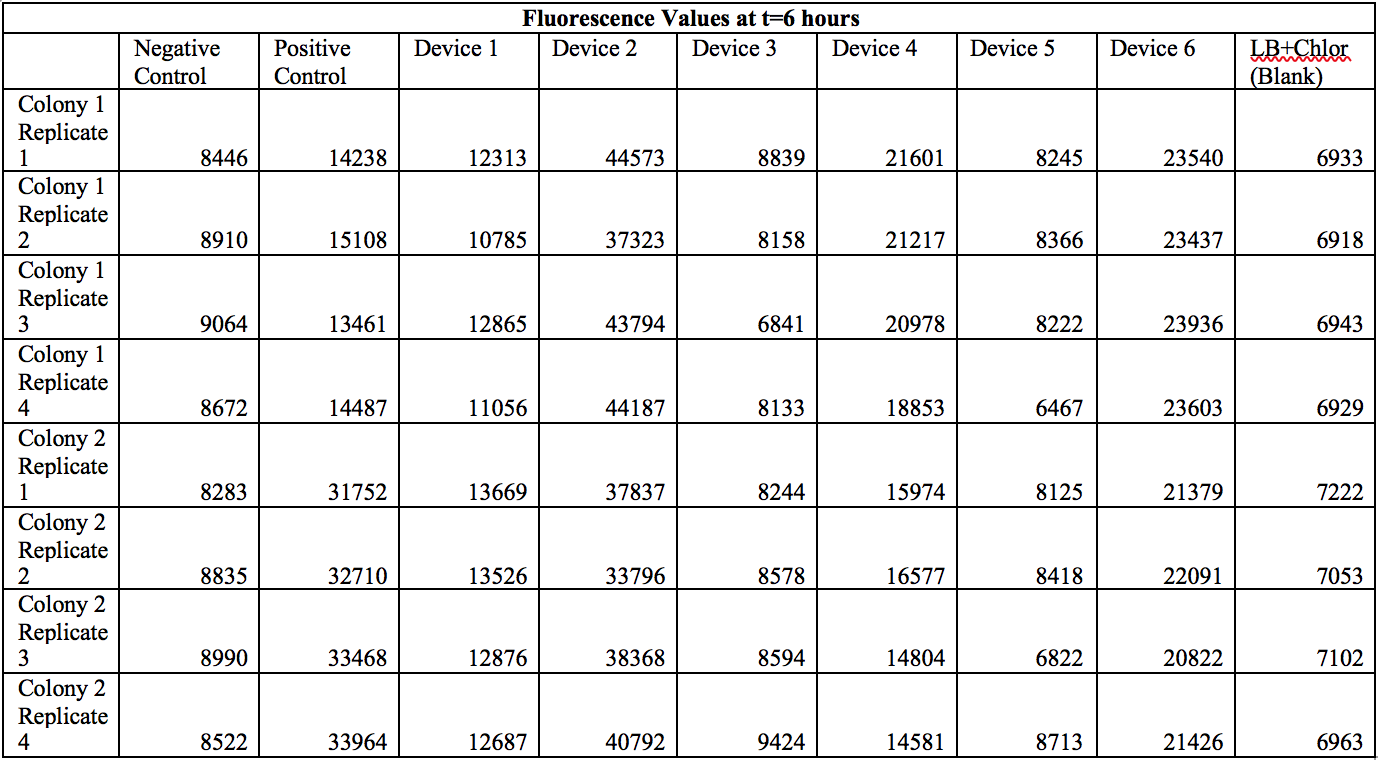 Finally, we measured the colony forming units per 0.1 OD600 E.Coli cultures. We grew colonies overnight for final dilution factors of 8x10^4, 8x10^5, and 8x10^6. We counted the following number of colonies on each plate. 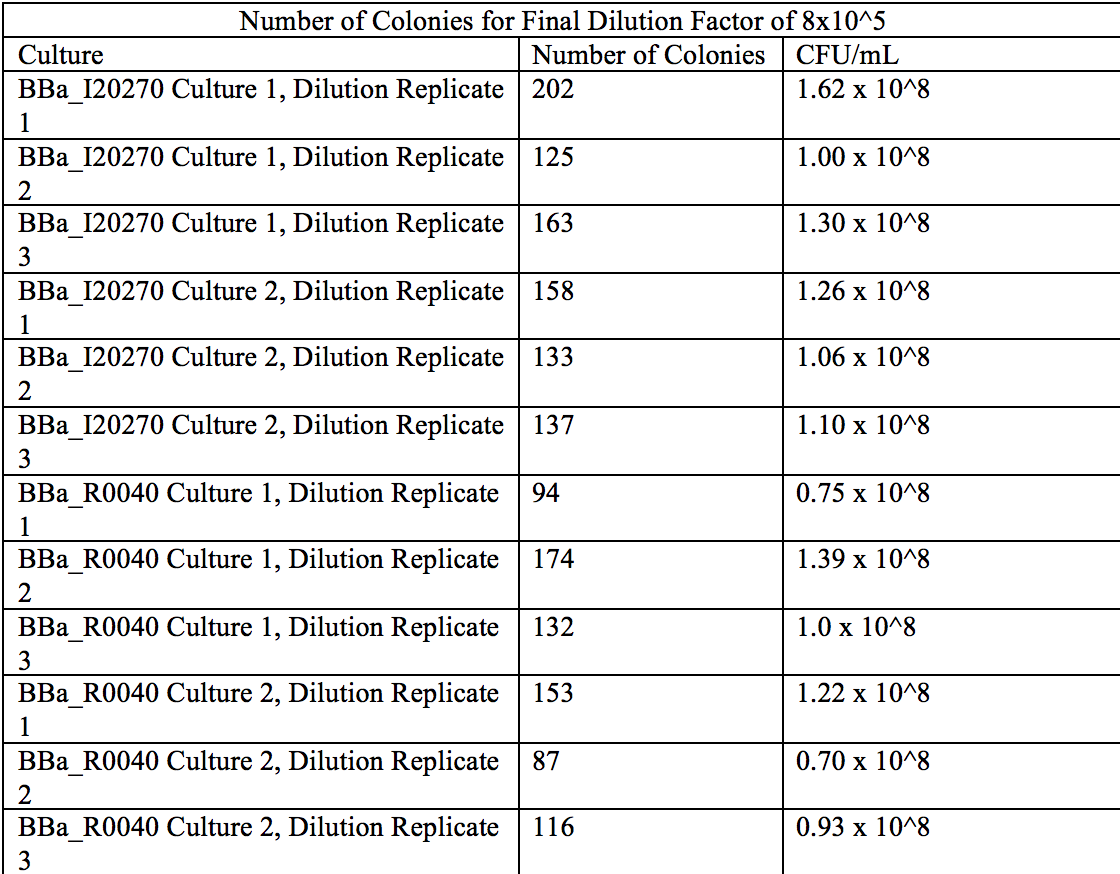 Although we initially struggled with this InterLab Study because of a lack of functioning materials, after gathering our needed materials and a failed transformation attempt, we were able to properly complete the InterLab Protocol. Our data suggest that our experimentation was successful. The cell values for fluorescence and absorbance were within the values of the standard curves. In addition, the fluorescence and OD600 values increased from times t=0 to t=6, and the positive control cells fluoresced much brighter than the negative control cells. Among the rest of the devices, we observed a range of fluorescence values that could even be visibly observed by the color of the colonies on the transformation plates.

We would like to thank the iGEM Measurement Committee for providing this study as an effective learning and collaborative experience and look forward to seeing how this experiment brings synthetic biology closer to becoming an even more dependable engineering discipline.