ModVision and Finding Diphthy has found their way to do collaboration in iGEM 2018. We have managed to contact one of the members of iGEM NTU via Angelysia Cardilla in the beginning of July. We offered help in gathering data about the idea and survey application of Nanopore sequencing from the perspective of Indonesian people as representatives of developing country’s citizens. Our team went to Faculty of Engineering, exactly located at college auditorium, to do intensive proposal towards nearby biotech students to be intrigued with our project about Finding Diphthy, as well as ModVision. QnA sessions and survey filling form were available for the end of each introductory explanation. This session was such a participative event between NTU and UI, since different citizens have vast range of opinion regarding biological engineering. Profound discussion in several aspects, such as socioeconomic condition, law, bioethics, etc., of ModVision and Finding Diphthy development could offer insights about their application in countries, especially developing ones. In addition, we also analyzed the result we obtained for NTU and the analysis can be seen here 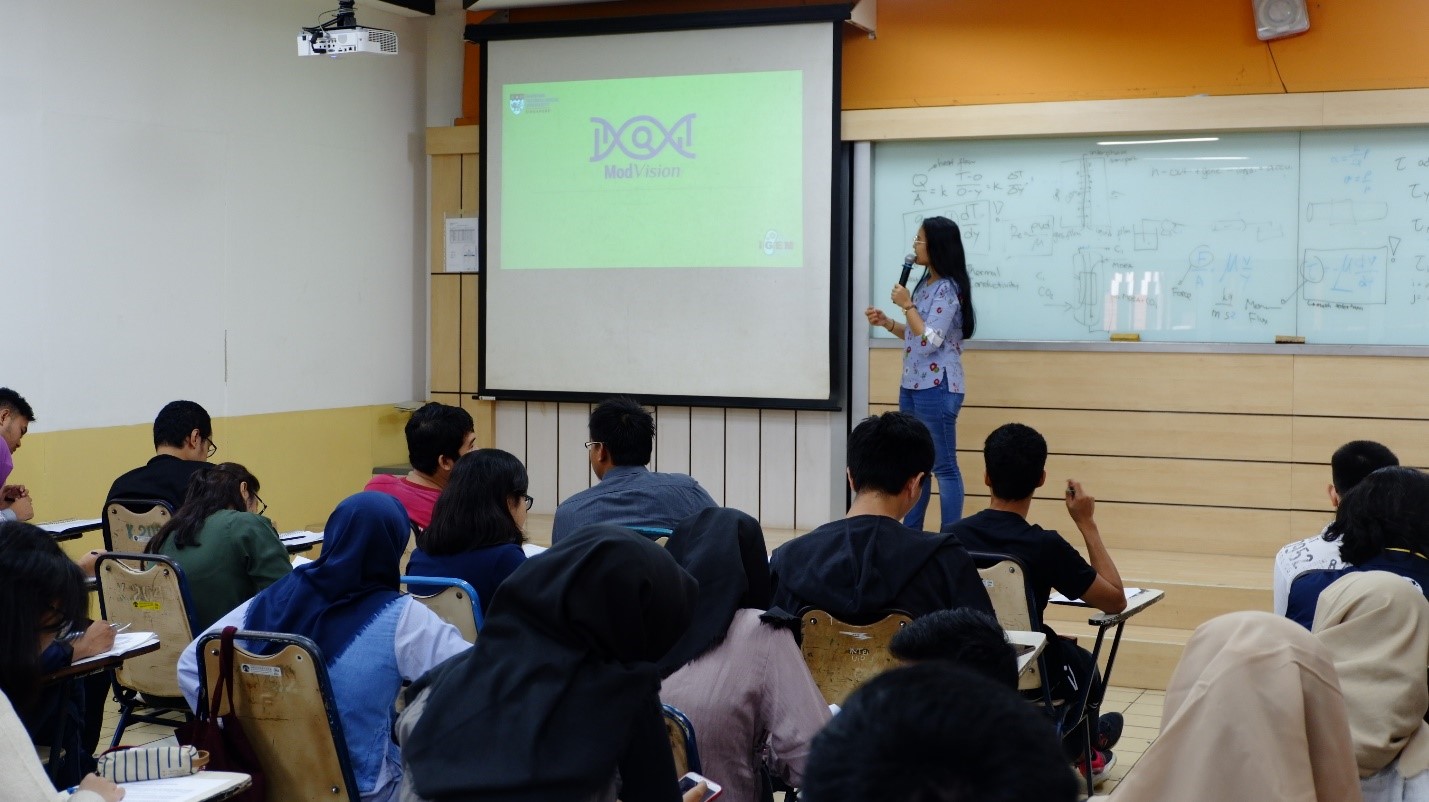 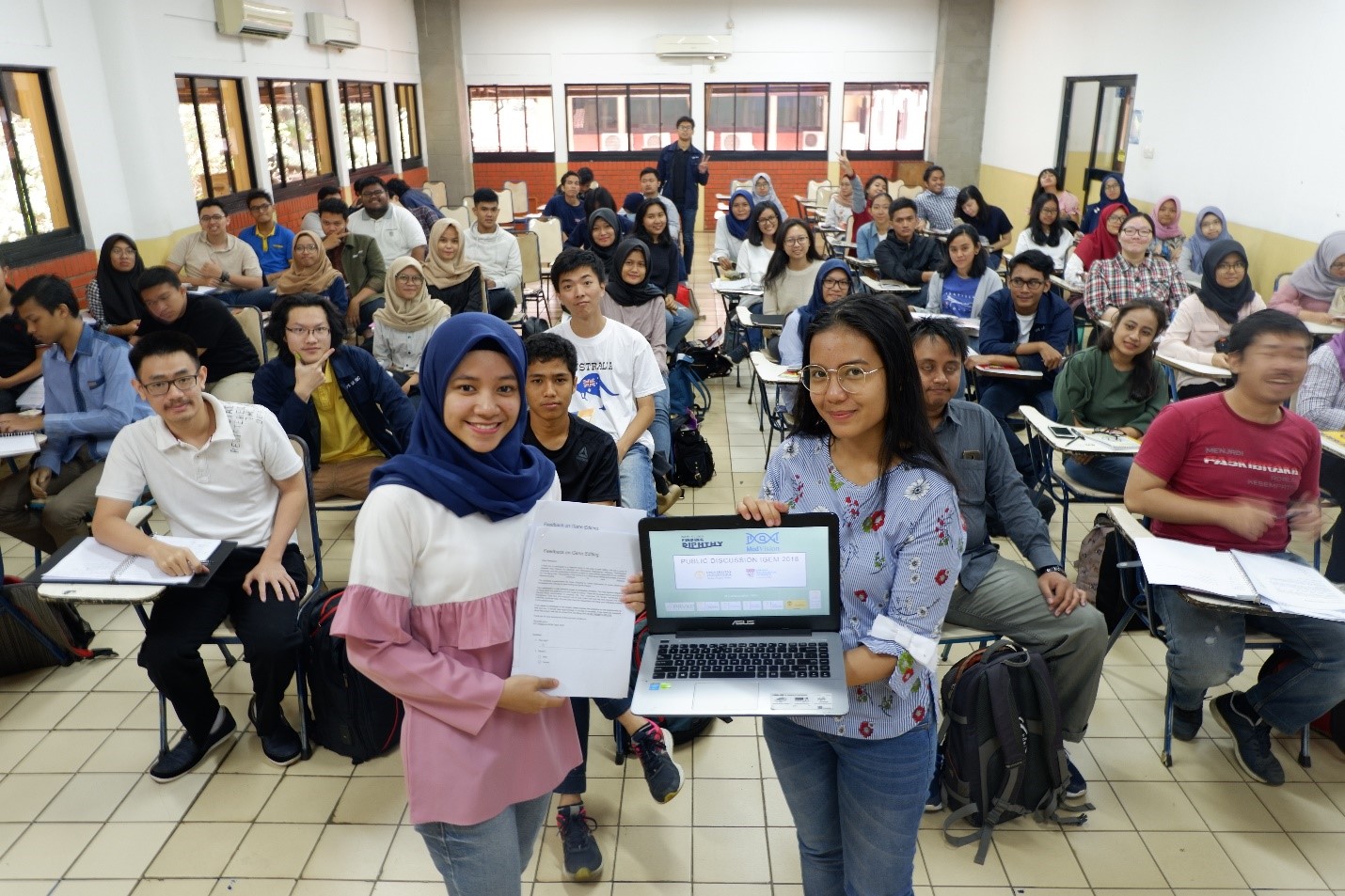 Figure 1. Our team presents projects of Finding Diphthy and ModVision in collaboration within iGEM 2018 for silver medal criteria. Discussion and surveys were done by our policy and practice division member iGEM UI Ainun Rahmania and Glory Lamria.

After two months of lab session starting from June, we encountered such unexpected bad events in doing PCR amplification of the HT-1 and HT-2 fragments. These fragments are meant to be ligated linearly to form single basic biobrick part of HB-EGF/Tar since IDTTM were not able to synthesize as one gBlocks. The cloning primer Fwd and Rev (personally synthesized primer) and for amplification fail to specifically anneal in the 5’ and 3’ of both fragments. The results of the PCR amplification are shown in following figure 2. 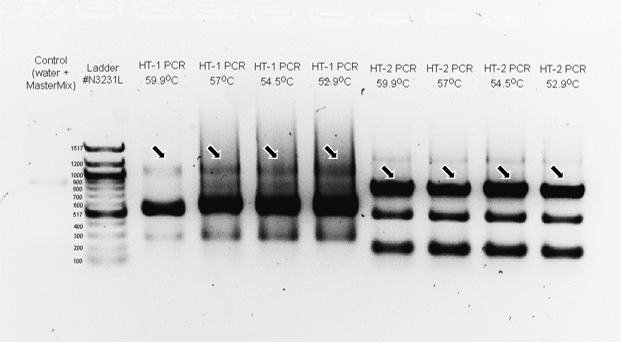 As a means of collaboration, we desperately tried to contact iGEM NTU for help of ligation cloning of HT into commercial expression vector pcDNA3 on August. Coincidently, Angelysia went back to Jakarta, and we met each other for further discussion in cloning the respective gBlocks. The gBlocks are sent to NTU Singapore on the mid of August. We gave our highest gratitude for team iGEM NTU in helping us to clone the completed linear HT fragment into pcDNA3. The samples arrived back to IHVCB lab on the mid of September. Additionally, iGEM NTU also offers to clone several designed parts of our project related with FRET system into commercial vectors. 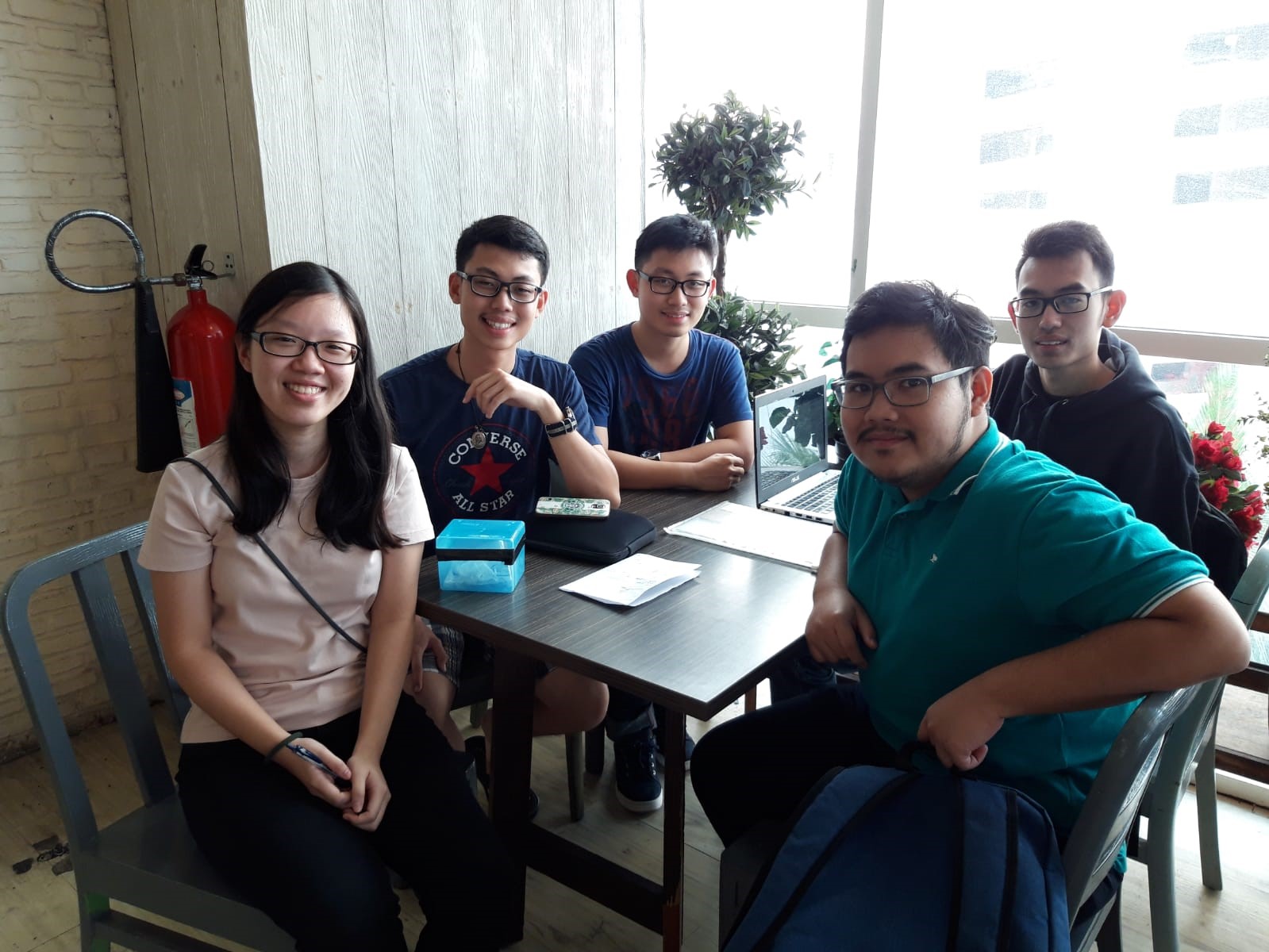 However, we tried to clone the HT into pSB1C3 and fail twice since both DNA have the same fragment size, and it would be difficult to be done in traditional cloning (figure 5). Therefore, iGEM NTU offers us help in cloning the leftovers HT complete fragment into pSB1C3 while our lab team could start to characterize the HT part along with BFP and DiphTox. 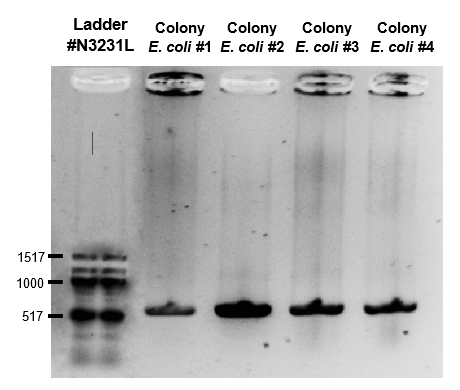 Figure 4. Gel analysis of PCR colonies on pQE80L-HT transformed BL21(DE3) strain E. coli. The subsequent 600s bp bands were found in all of the following colonies, indicating that the HT fragment was successfully inserted. 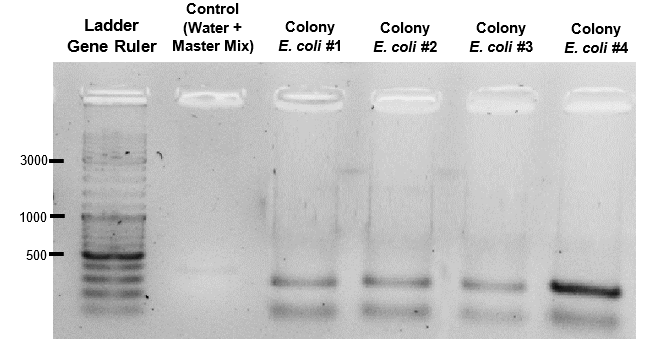 Figure 4. Gel analysis of PCR colonies on pSB1C3-HT transformed Top10 strain E. coli. Expected 600s bp bands were not found in all of the following colonies, although we could discover 300s bp bands. This concluded that the cloning of HT into pSB1C3 failed.