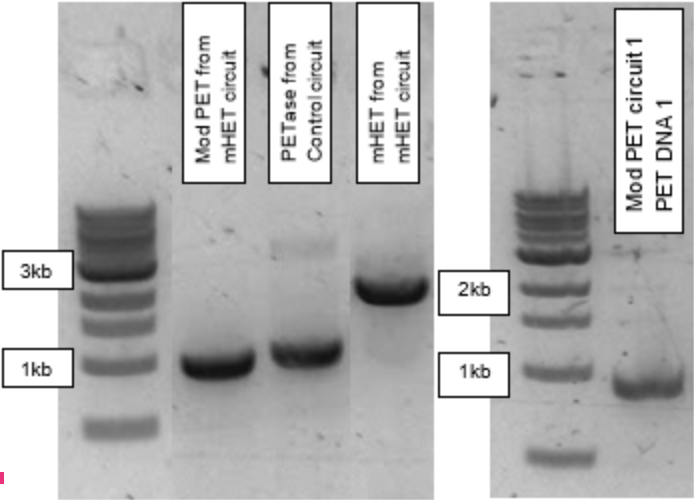 These results conclude that we cannot utilize this method to degrade plastic at real time with the current rate of the mutant PETase. We aim to further characterize with SEM to understand if the Mutant PETase is better than the Wild Type.

Data Weight of Plastic over Time