This year, iGEM Grenoble-Alpes worked on the creation of a fully automated system capable of detecting pathogenic bacteria. This diagram below represents all the work that was done prior to the system design.

First of all, we had to choose which pathogenic bacteria we wanted to detect. This choice had to be coherent with the problematic approached. Actually, antibiotic resistance is a growing major concern and Pseudomonas aeruginosa is one of the most problematic bacterium nowadays. After choosing the bacteria we wanted to make our proof of concept on, we got familiar with how bacteriophages work as an alternative to antibiotics and how to use then to extract the DNA of our bacteria of interest.

After the bacteria choice, the next question was: What do we want to detect? So a target selection work using bioinformatics was made.

Finally, the last step was the probe design leading to the probe construction. All these steps will be described in more details later.

All these points are essential for the efficiency of the detection system. 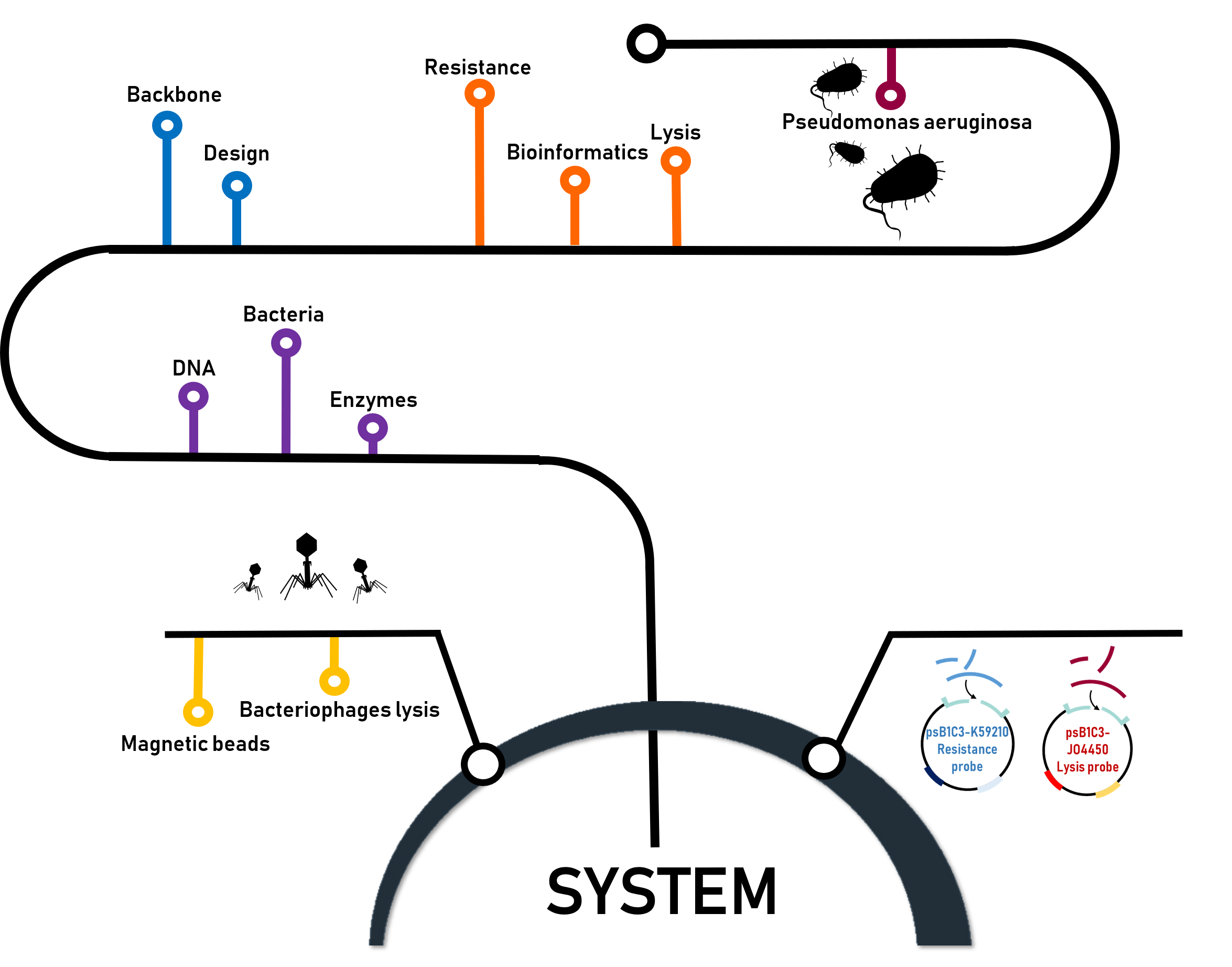