All promoters were cloned into a pBAV1k vector backbone with GFP. Fluorometry studies were then carried out with each clone. From these 15 promoters, we got a spectrum of results showing varying expression. The R-Series promoters (promoters having the Salis lab calculated RBS) mostly exhibited better expression rates as compared to those of the S-series.

For each promoter, we had two biological replicates and three technical replicates. The errors and differences in each of these are depicted in the error bars. 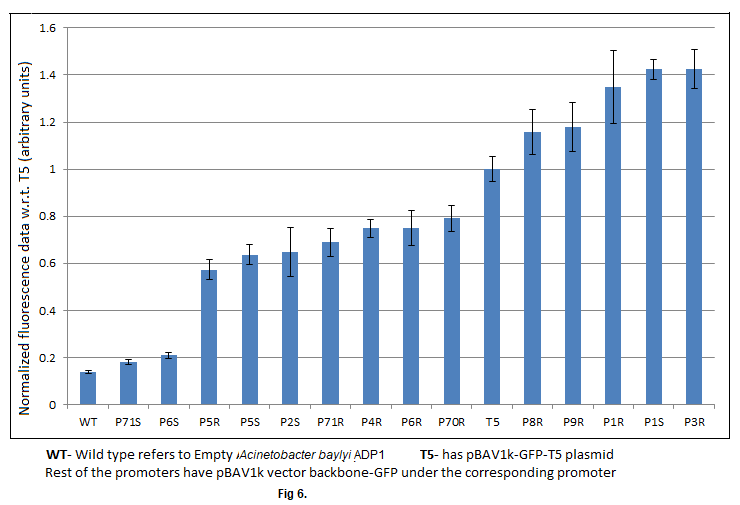 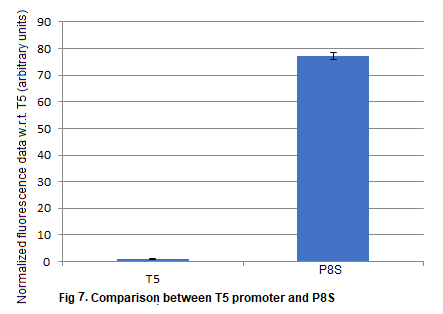 
From the Acinetobacter baylyi ADP1 genome we obtained 1194 genes after removing hypothetical and putative sequences from the coding sequences annotation available from NCBI. The Codon Usage Table Enumerator (CUTE) tool from ChassiDex was used to generate the codon-usage table for the organism.
The occurrence of each codon is shown below (Fig1) in the genome of A. baylyi 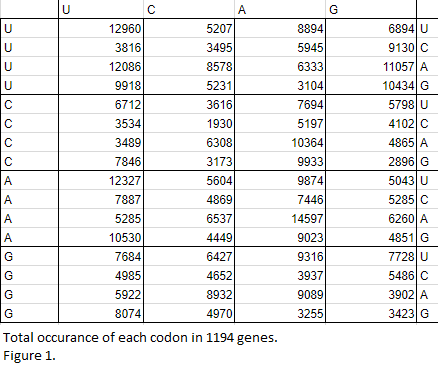 The table attached below lists the percentage distribution of different codons amongst the analyzed genes. 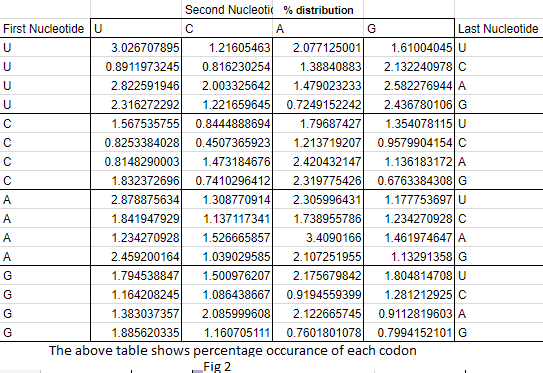 The table attached below gives the probability of a particular amino acid being coded for by a particular codon. 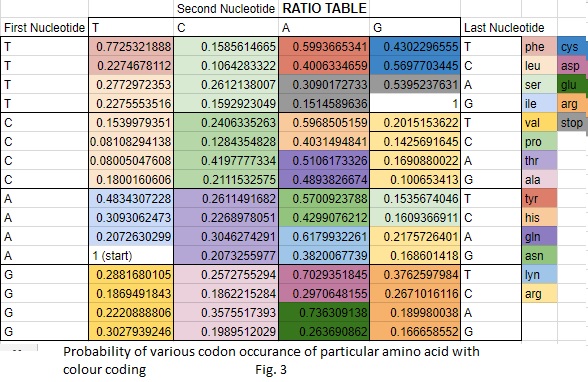 These tables were then used to codon-optimize reporter proteins - GFP and mCherry - using the sequences available from NCBI. Codon-optimized GFP was restriction-cloned into a pBAV1K vector and transformed into A. baylyi. It showed promising results as illustrated below. The codon-optimized reporter protein showed considerably higher expression of fluorescence than the control. 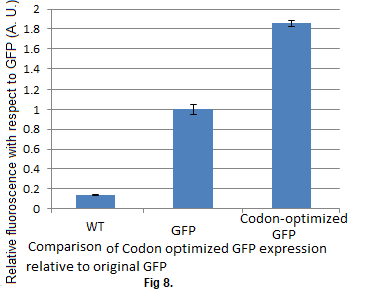