While iGEM teams and the synthetic biology community have mostly focused on developing DNA parts called ‘BioBricks’ for use in biological systems, the parts have to be ultimately used in an organism called a host or sometimes even ‘chassis’. For most projects, researchers try to stick with using a few familiar model organisms such as Escherichia coli for the host system requirements. Lack of experience is often a reason to avoid unfamiliar yet apt organisms for the project at hand. To explain this with an analogy, imagine Taxi-hailing apps being available only for desktop computers because the developers do not know how to develop applications that run on mobile phones. Hence, in the 2017 edition of iGEM, Team IIT Madras worked on developing a database of host organisms called ChassiDex, that aimed to curate different organisms along with all the information about them that is relevant in the context of synthetic biology. The idea of having such a database was very well received by the synthetic biology community that attended the iGEM Giant Jamboree in 2017. We have continued working on the project and revamped it with the suggestions we received, with the hope of improving this project and creating a team to manage the database. The website for the database is available at Chassidex.org.
Additionally, We also developed some independent tools to help make life easier for synthetic biologists. These include CUTE,a codon table generator and ComicSyns,a font for synthetic biologists.
Code on GitHub 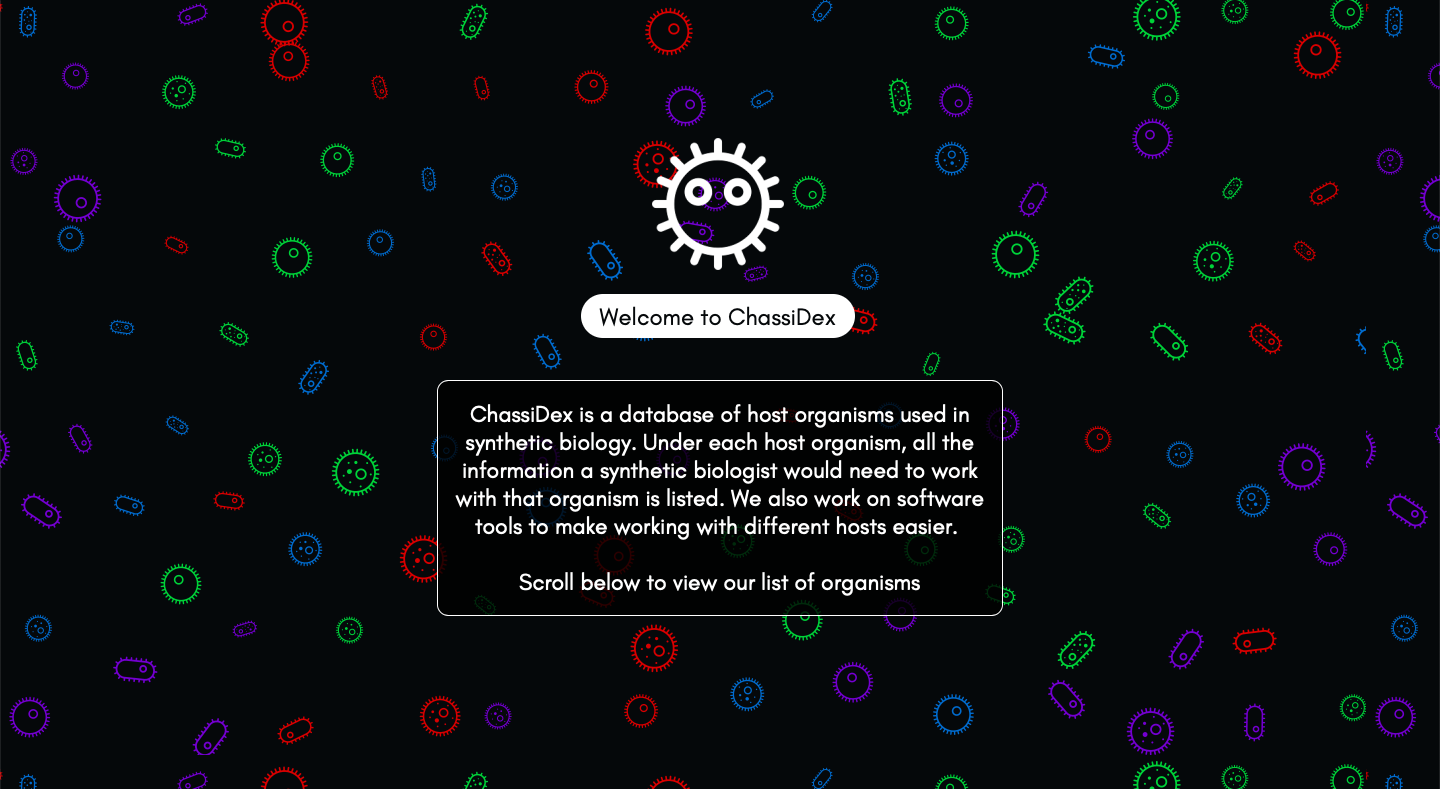 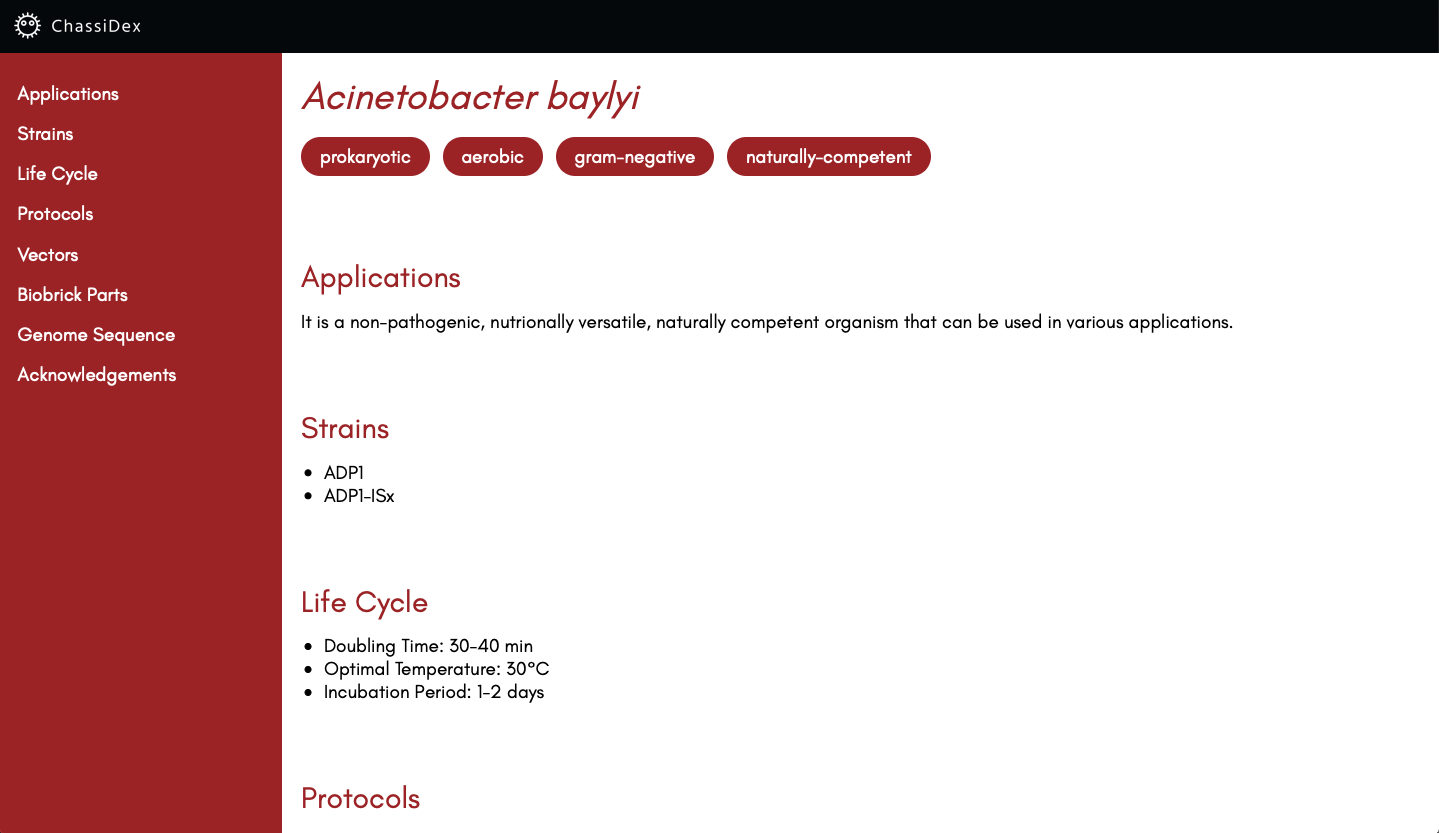 Sample Organism: A. Baylyi
Our Organism of Interest for the year

Codon Usage Tables. Every host organism has its own codon bias: the biased usage of particular codons when two or more codons in the genetic code stand for the same amino acid. While expressing a protein heterologously in a host organism, the DNA sequence is optimized to match the codon bias of the host, while keeping the protein sequence constant. This process is known as codon optimization and is done to increase expression in the chosen host organism. With ChassiDex, we aimed to make working with novel hosts easier for biologists, and also realized the role of codon optimization in doing so. While trying to synthesize a GFP reporter for Acinetobacter baylyi, GenScript informed us that they only had access to a codon usage table from Kazusa[1]: a rather outdated database of codon tables that was generated in 2007 using the genome and coding sequence data available at that time. For A. baylyi, only two coding sequences were available and considered for generating the table, this wasn’t statistically significant. However, a large number of coding sequences have been identified from the sequenced genome of A. baylyi now and we decided to build a software tool to generate the codon table ourselves. We have integrated this tool with ChassiDex, hoping to help out synthetic biologists who might find themselves in a similar situation as ourselves. We used this tool to generate a codon usage table for Acinetobacter baylyi, which we then used to codon optimize our GFP protein. We found this codon optimized version of GFP to show a higher expression in A. baylyi compared to the unoptimized one. The tool is hosted at CUTE ChassiDexand has the following features designed for the end user who is not a geek in programming: 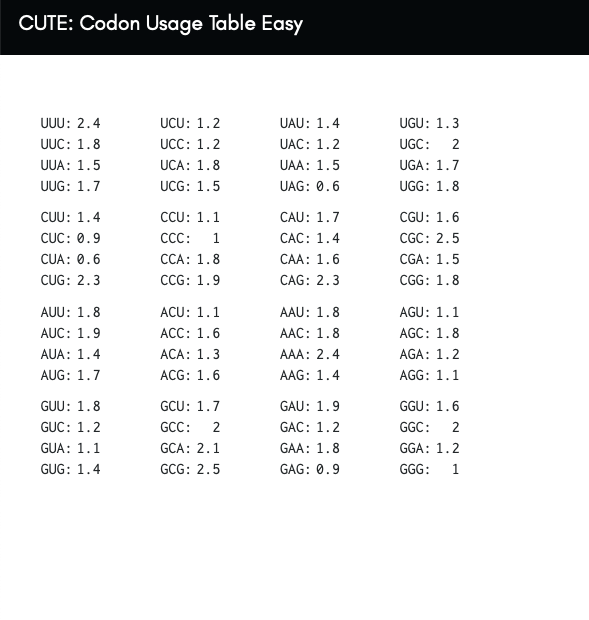 Draw SynBio circuits with ease! ComicSyns is an iconic icon font that lets you draw SynBio circuit symbols by simply typing in characters on your keyboard! The symbols are adapted from SBOL Visual[2] 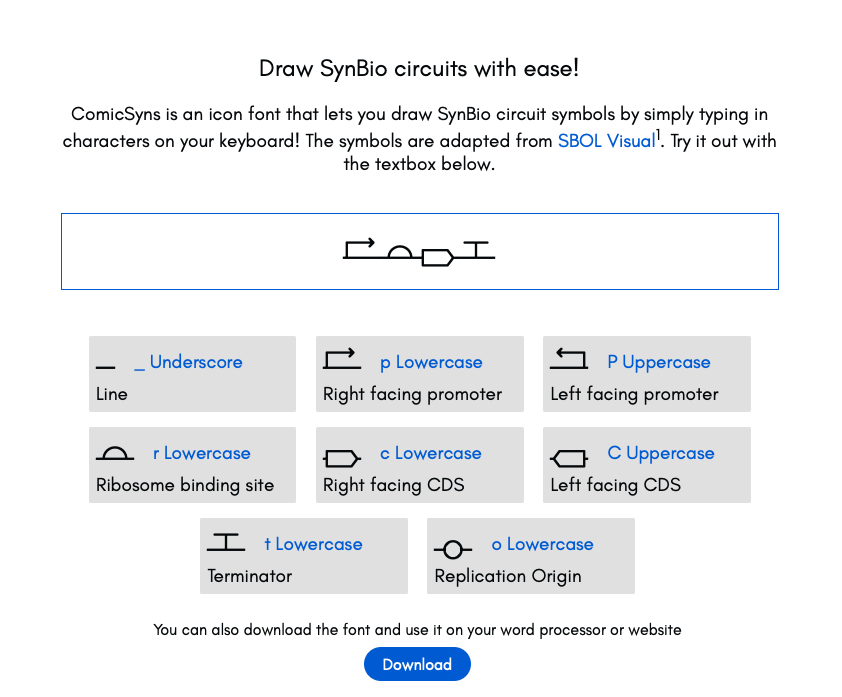 
Link to our GitHub organisation