Sometimes, severe injuries unfortunately lead to amputation. Civilians as well as soldiers may be concerned, due to accidents, vascular issues, or even artillery wounds for the last category. Amputations are more frequently located on lower limbs[1] (Figure 1). However, bionic prostheses are nowadays developed mainly for the arms, not for the legs. For the prosthetic industry, designing bionic arms is more challenging because of its capacity to push technological boundaries in order to reproduce movements, sense of feeling, etc. Based on this observation, we focused on a trans-humeral amputation scenario. Nevertheless, NeuronArch’s solution is transposable in different anatomical amputation locations.

The first step for a new NeuronArch holder is to order a NeuronArch kit, including:
- the NeuronArch device, making the bridge between the stump and a bionic prosthesis;
- an implantation stem featuring the engineered biofilm
- a charging station, to recharge the device and synchronize data with a remote server
- a personal access to the app/website, to monitor information, such as the device’s battery level, the patient's health status, etc.

Once the kit has been delivered, a surgeon will osseointegrate the stem (Figure 2). This stem is sent in a sealed package. During surgery, the surgeon drills the bone in its center along its longitudinal axis, while a nurse lifts the NeuronArch stem out of the package. The nurse drains the culture liquid of the biofilm, contained in a protective cap with a syringe. Once empty, this cap stays in place in order to allow the surgeon to manipulate the stem with surgical clips without damaging the biofilm and the membrane. The stem is inserted into the bone (Figure 3). Some screws are placed to secure the device (to be removed subsequently). The surgeon can now take the protection cap off by a simple quarter turn system and then complete the surgery by stitching the stump.

After surgery, NeuronArch implant holder starts a rehabilitation phase. A complete healing and implant-bone adhesion is necessary before to wear the NeuronArch device and the bionic prosthesis. During this period of time, nerves start to regrow thanks to a chemical inducer medication system. Later, doctor and patient install and set up the NeuronArch device to start collecting data and machine learning. 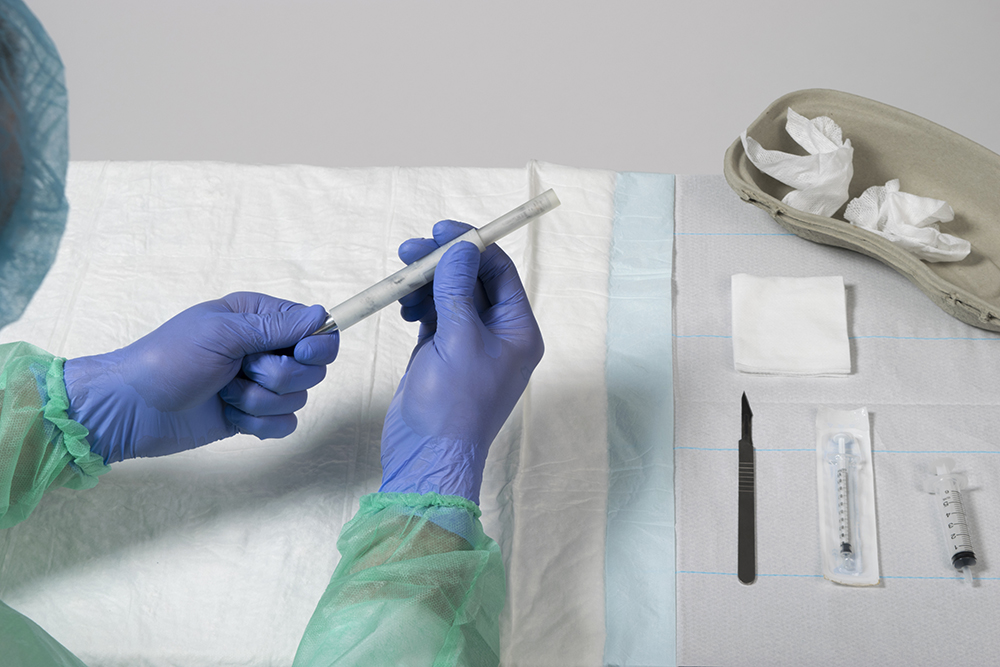 Figure 2: Stem with its protection cap

In the morning, after a night without, the holder plugs the NeuronArch device (Figure 4) and his bionic prosthesis to the stem. Installation is simple, with an ergonomic quarter turn system. His bionic arm moves in an intuitive way due to the connection between his nerves and his prosthesis, made possible by NeuronArch. With the app, he installed on his smartphone (Figure 5), he is now able to check the battery status of his device, consult his health data or take an appointment with his primary doctor or his prosthetist (Figure 6). 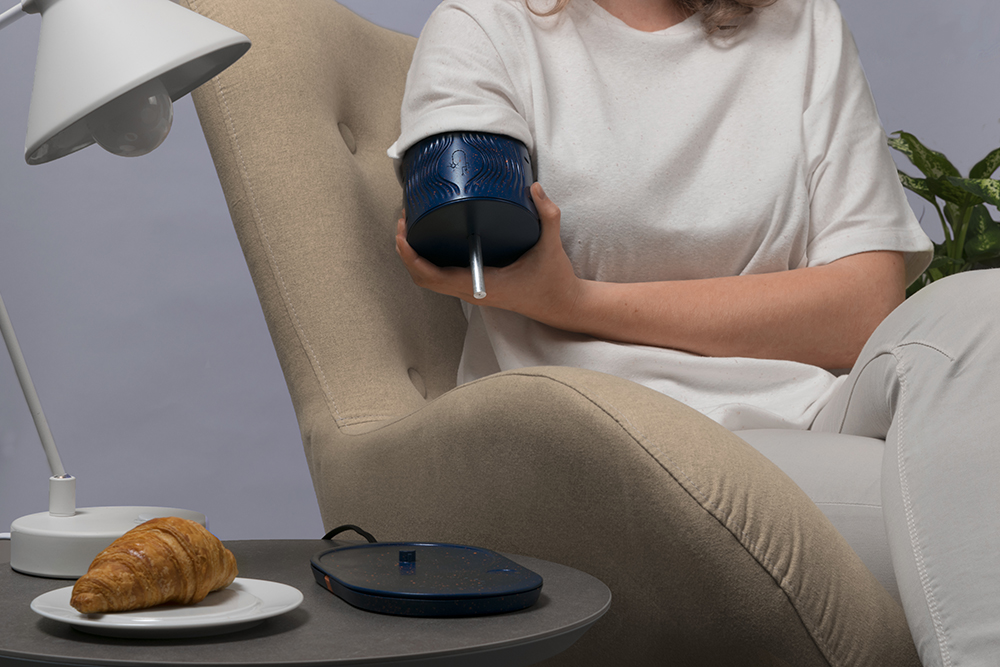 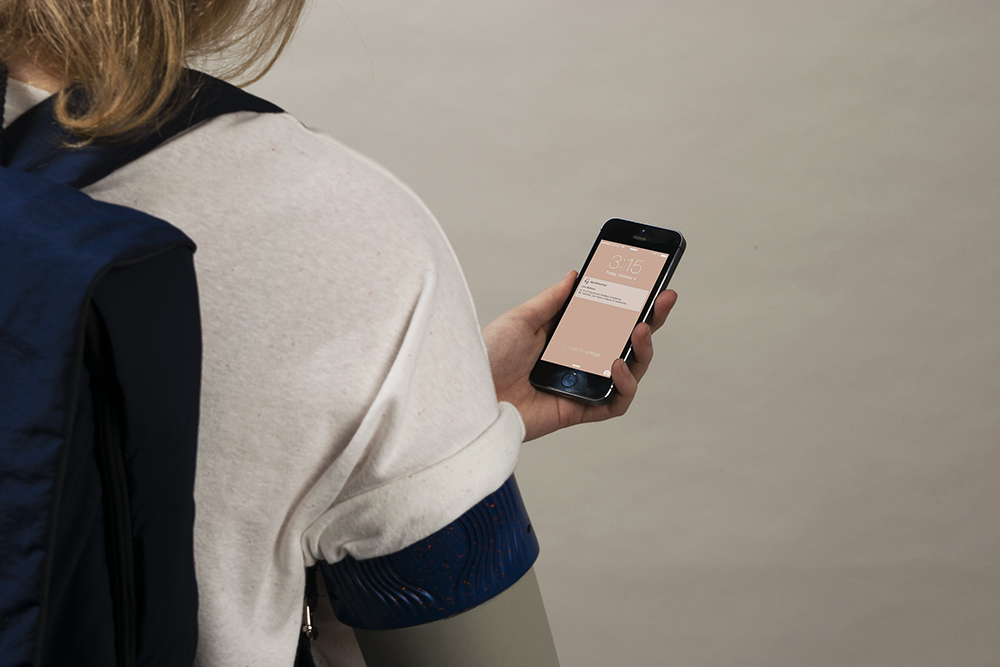 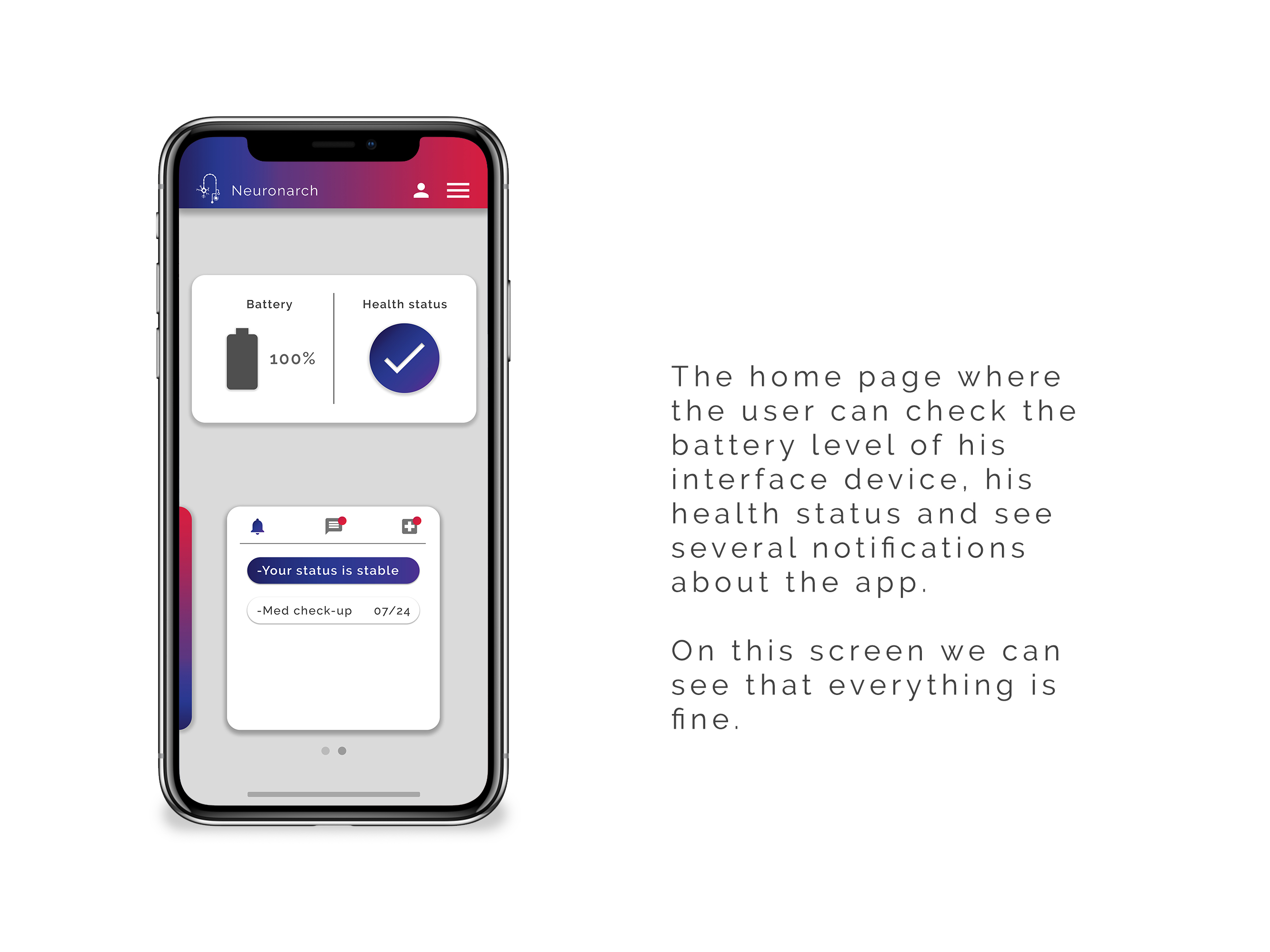 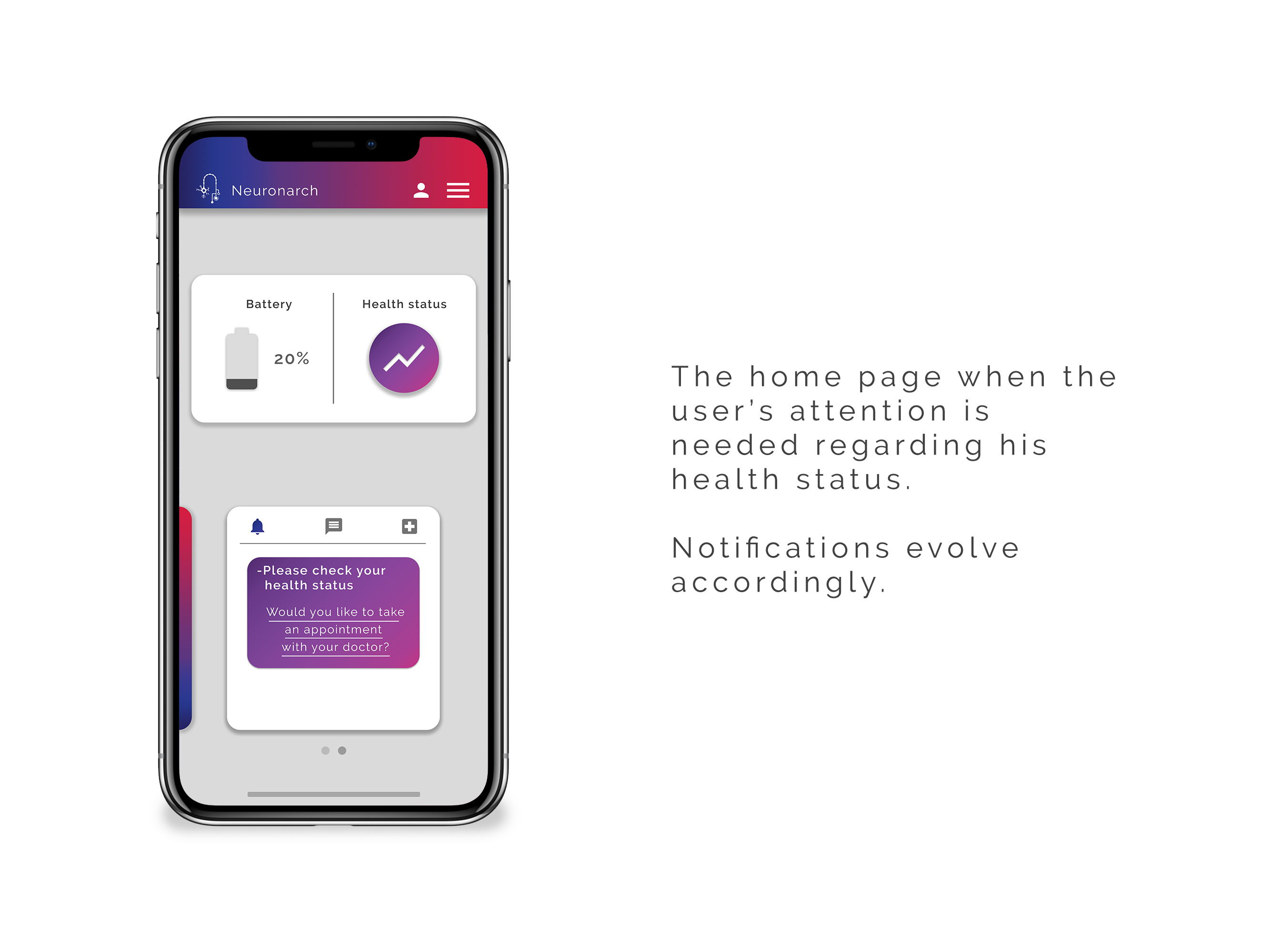 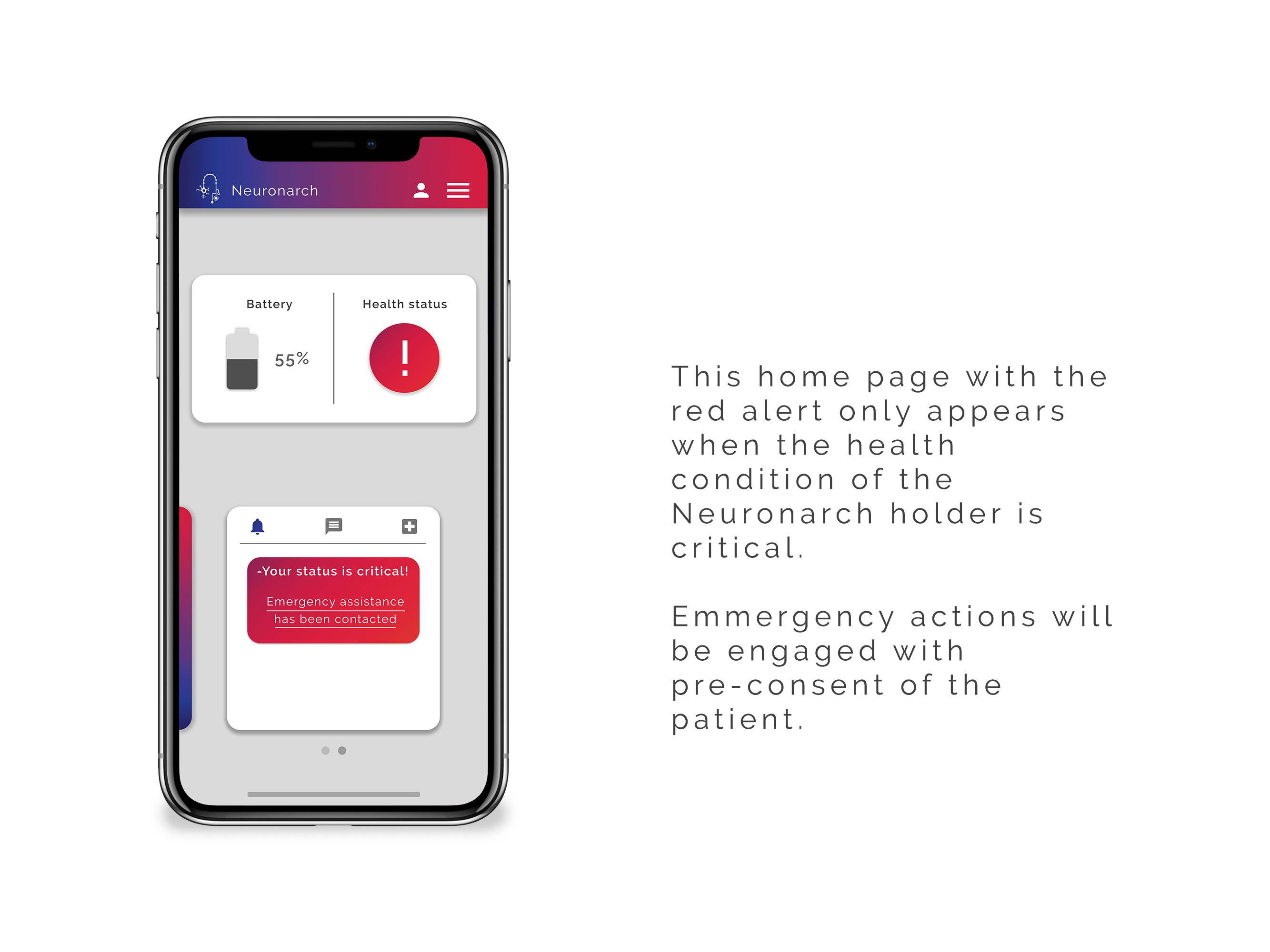 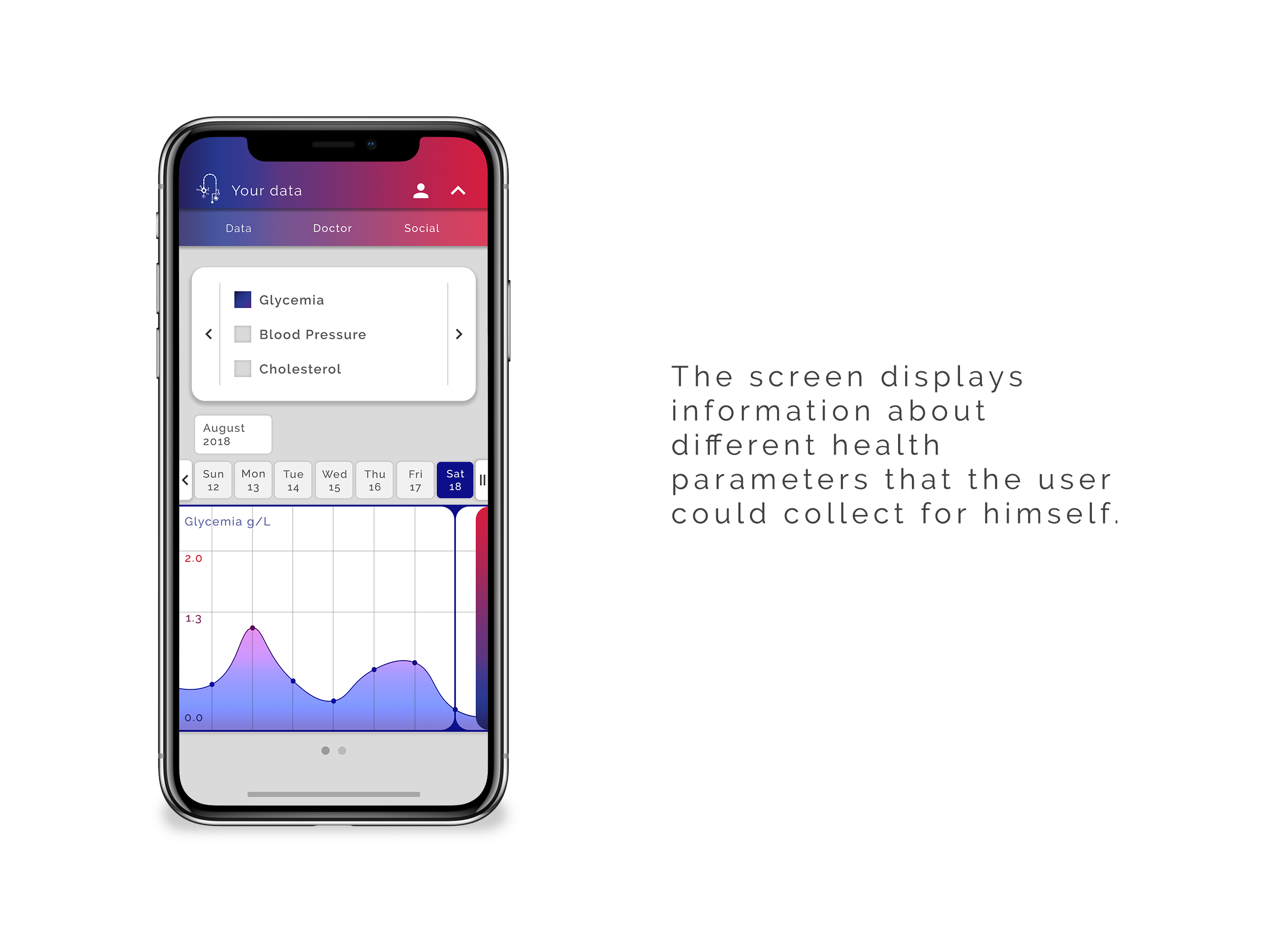 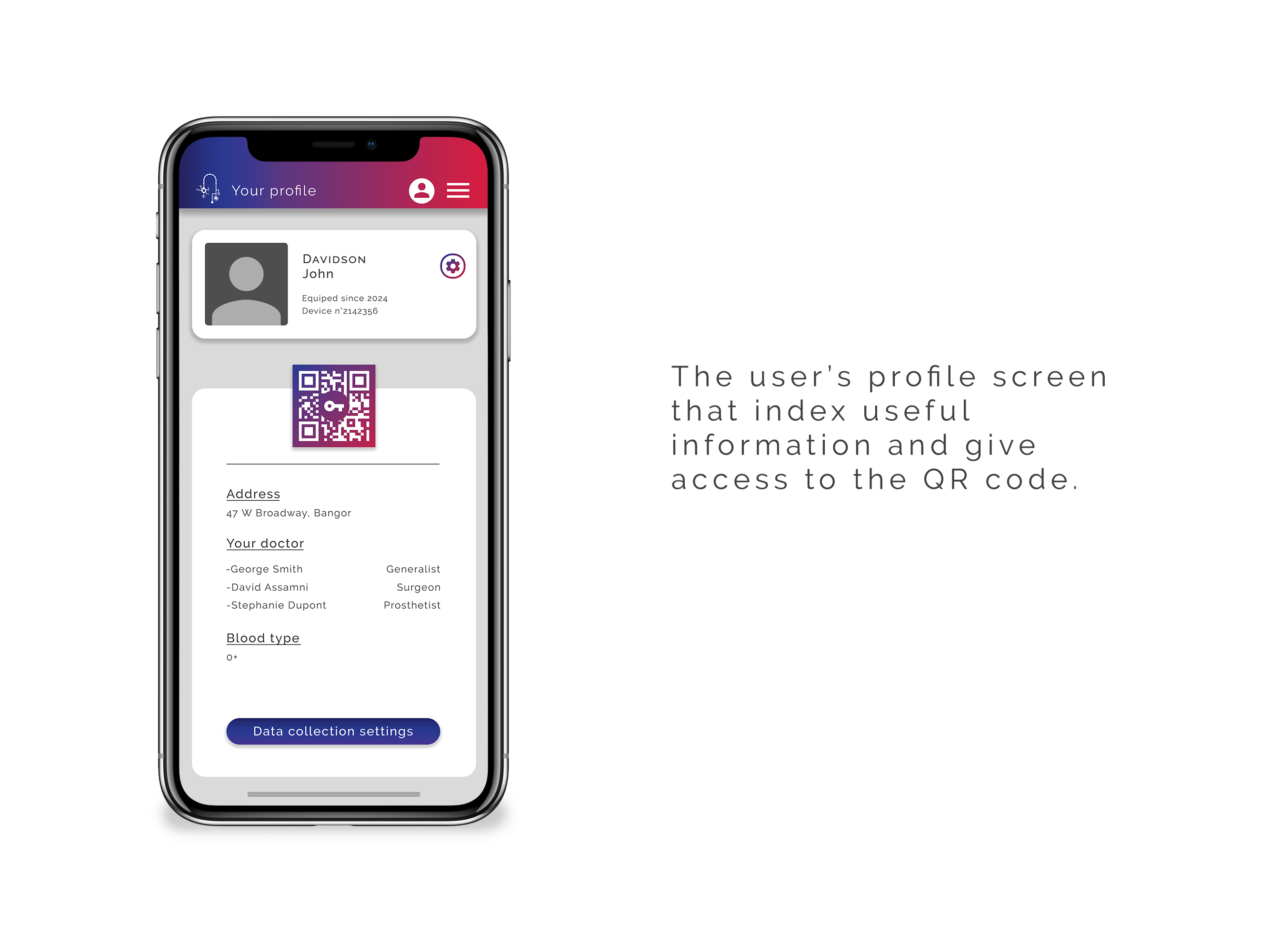 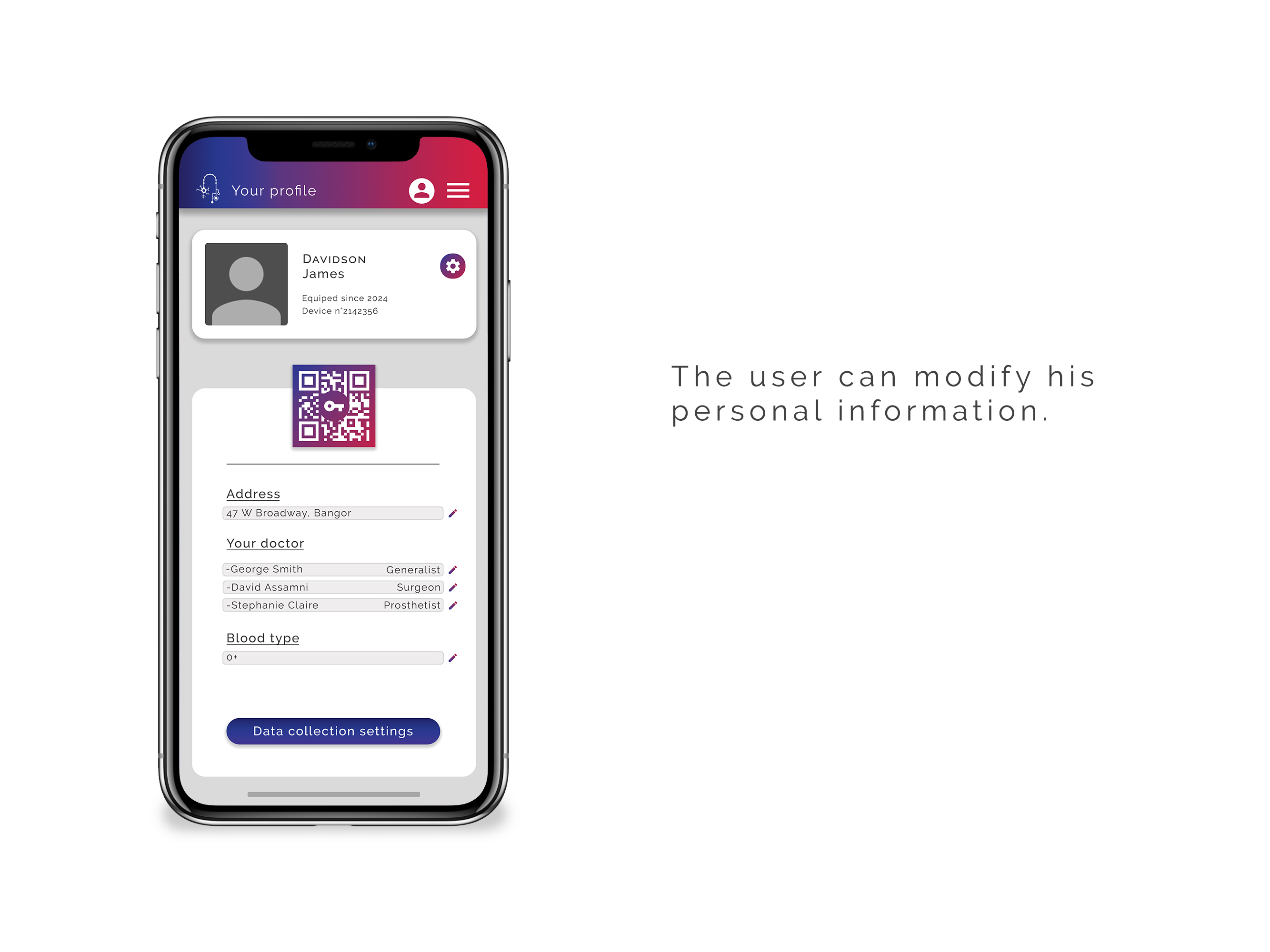 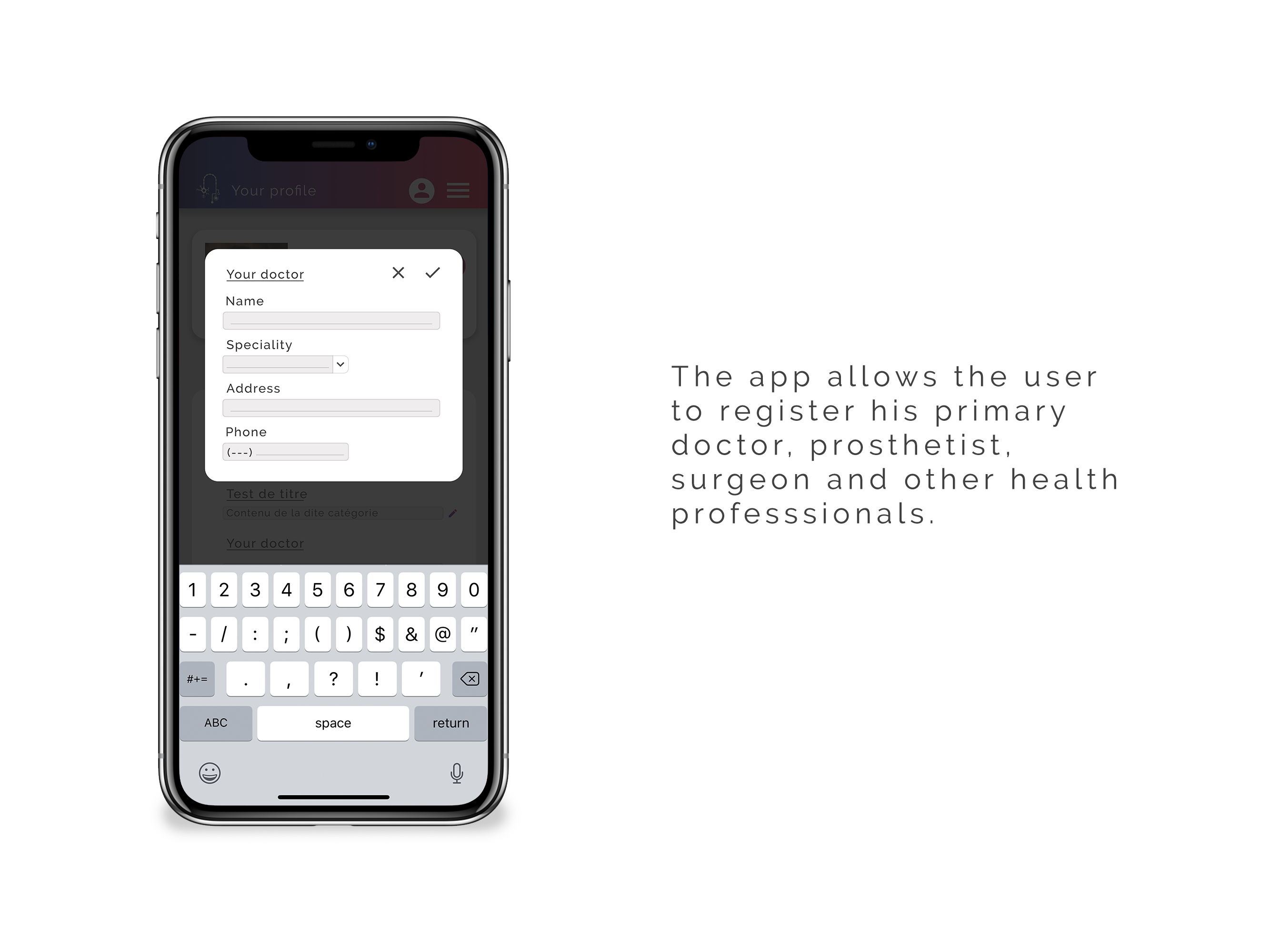 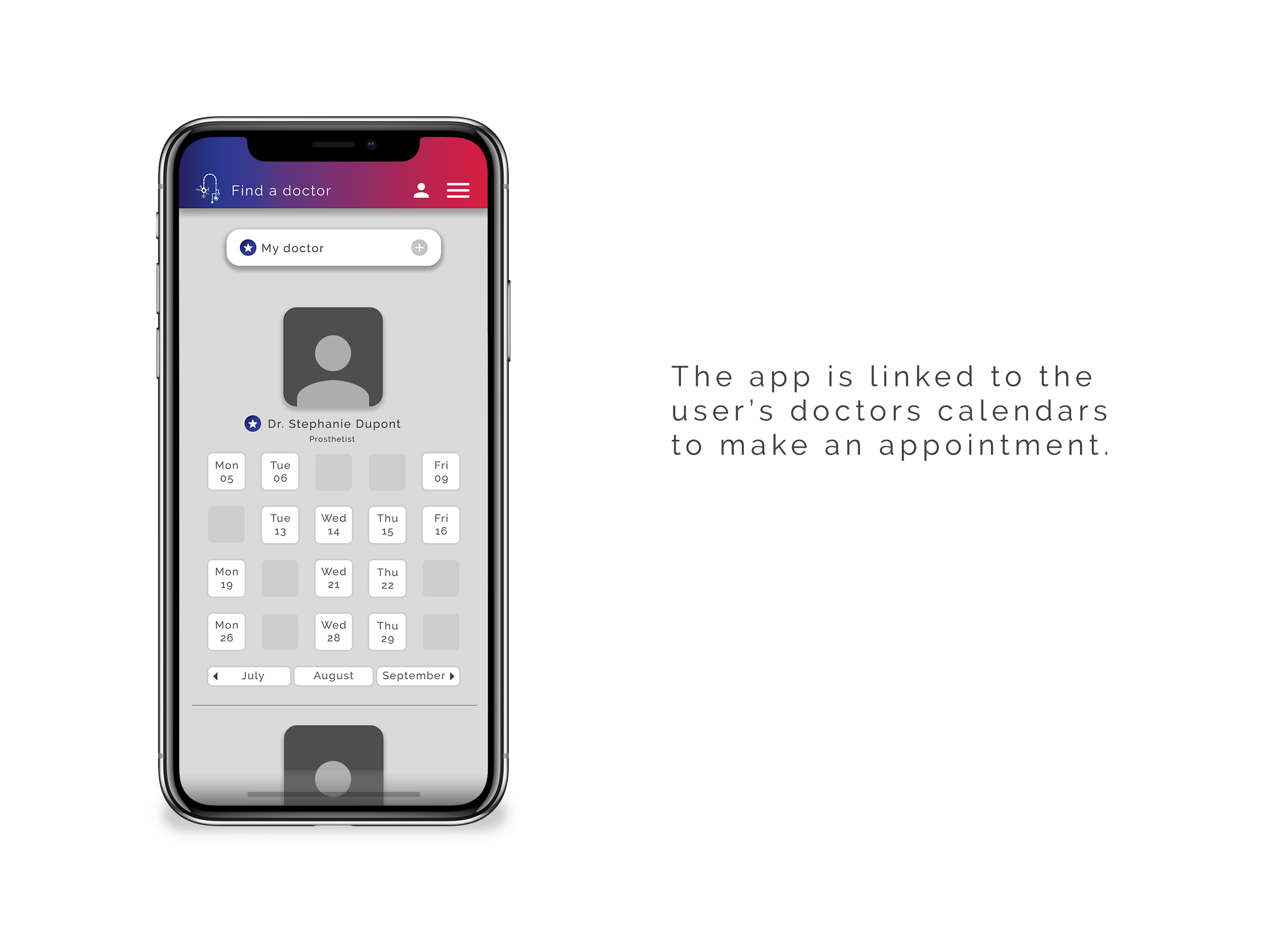 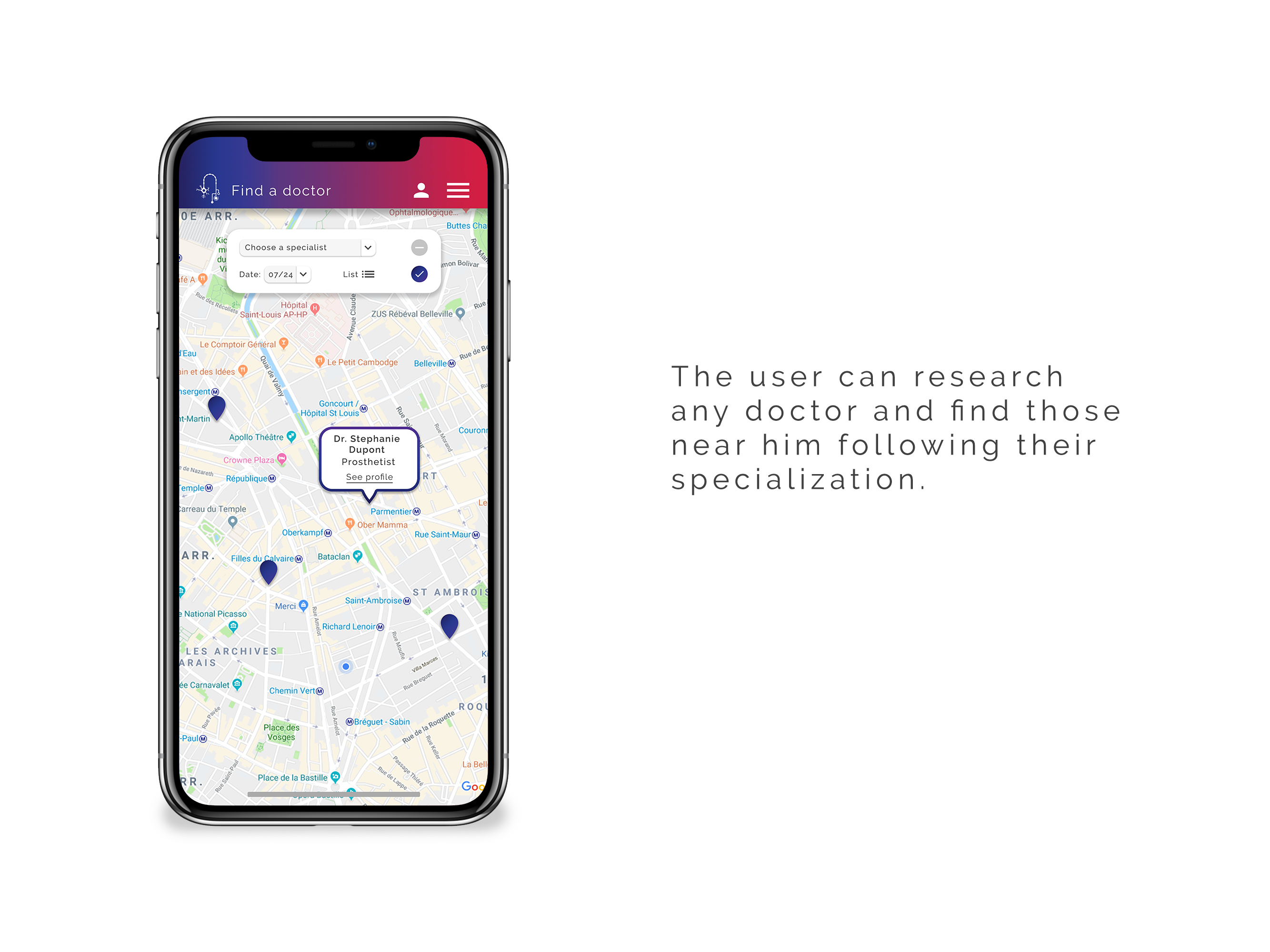 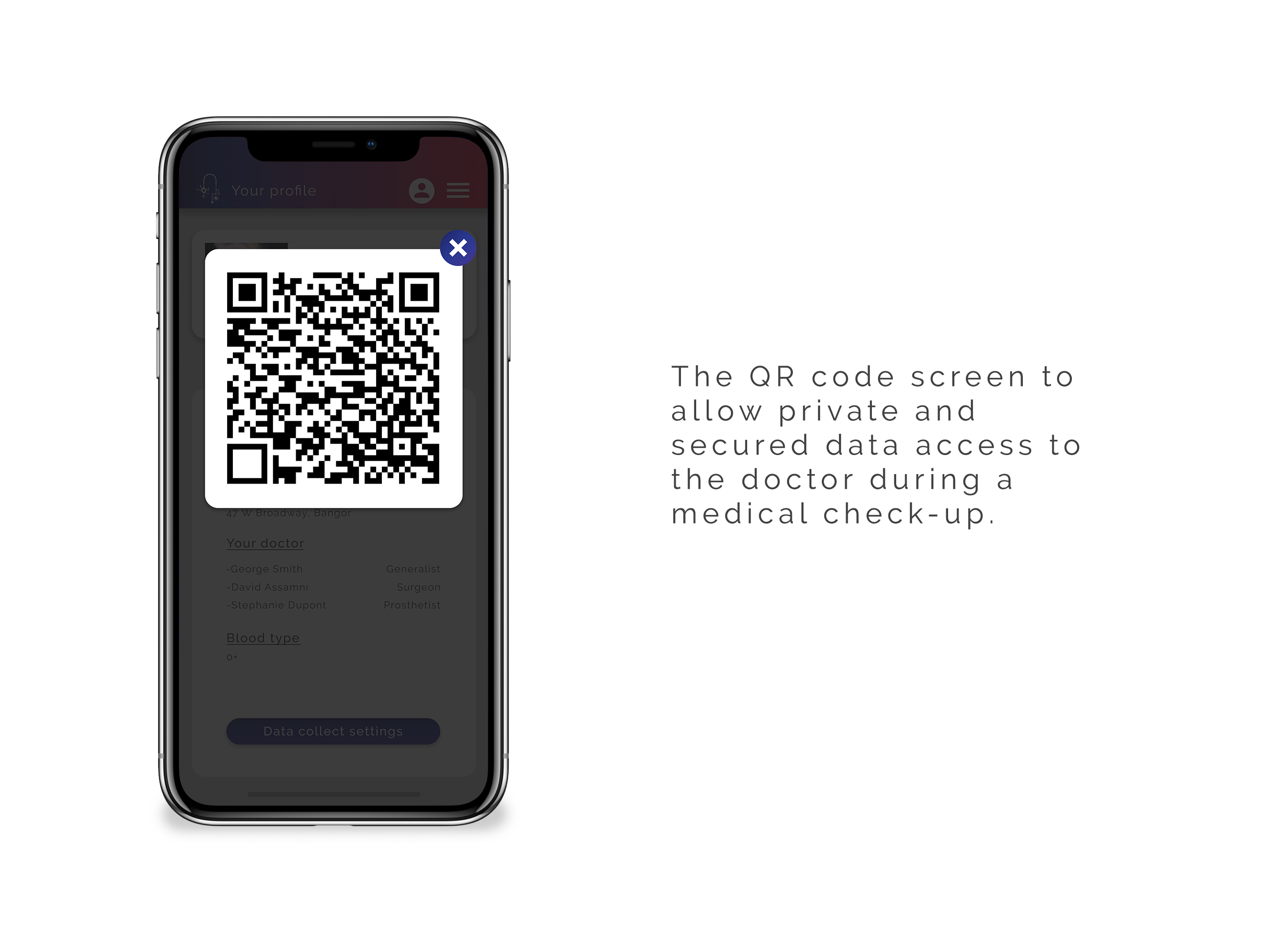 At night, the battery is low and collected data need to be transmitted to the NeuronArch server, to update them and improve machine learning. Therefore, the amputee removes his prosthesis and puts the NeuronArch device on the charging station (Figure 7). After several hours, the device is charged, data are synchronized (Figure 8), and NeuronArch is ready to start a new day. 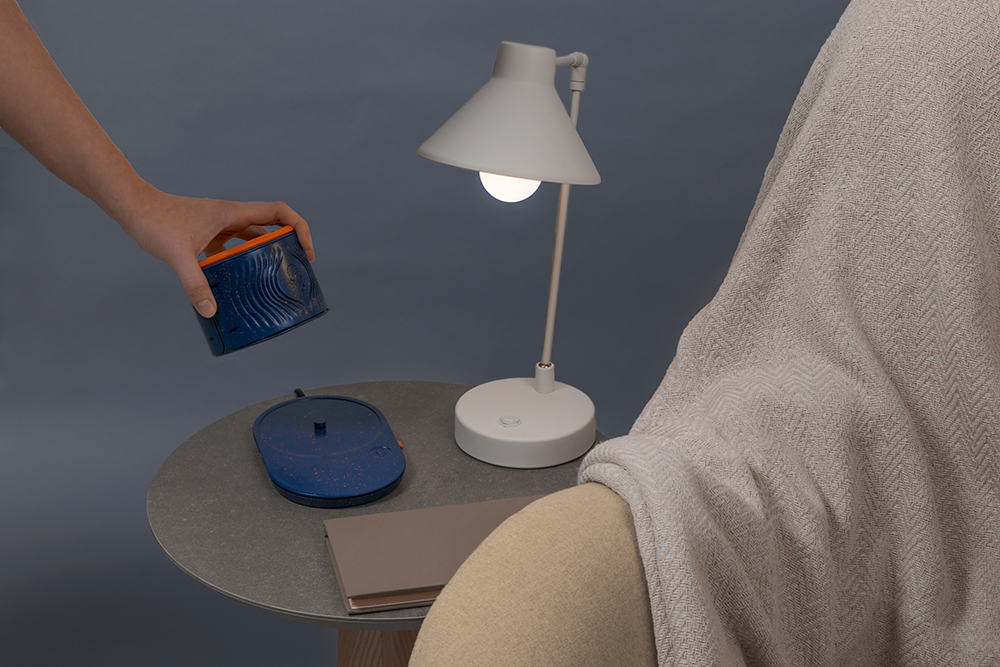 Figure 7: NeuronArch device being put on its charging station 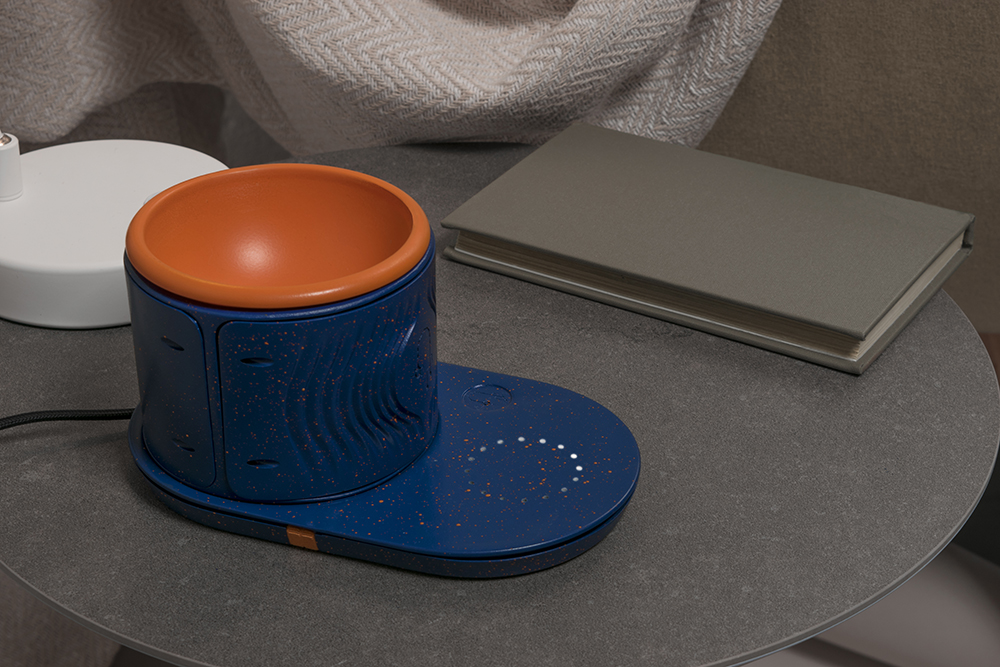 For his semestral check-up, the NeuronArch holder goes to the doctor. To share data collected the last six months and his health status with the specialist, the patient shows his personal QR code available on the app (Figure 9). This code acts as a key that maintains his personal data secure. When scanning it, the doctor accesses to the patient’s dashboard and is now able to provide adapted advice and treatments depending on the situation. 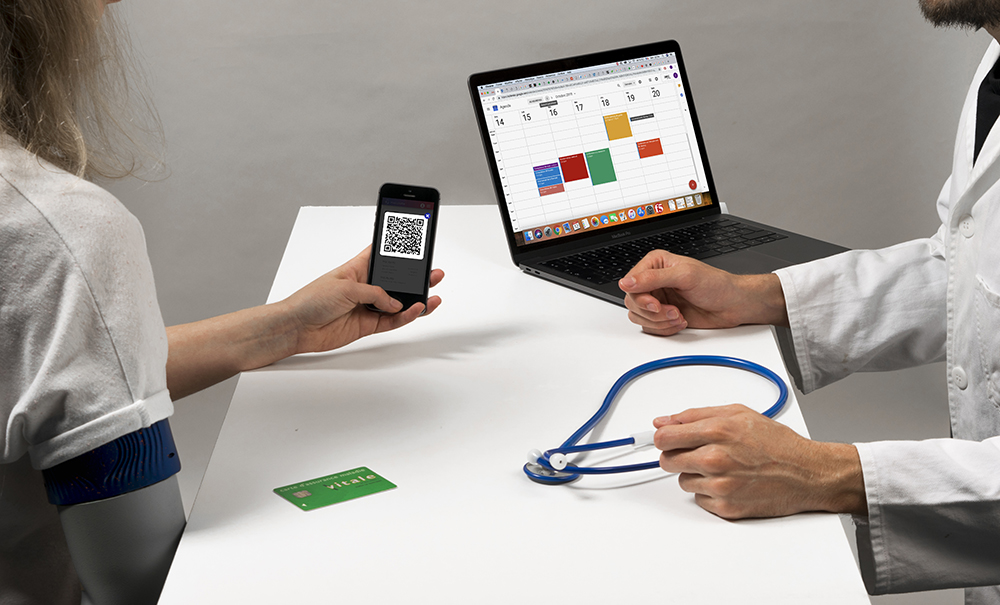 Whenever the NeuronArch device encounters a hardware issue, maintenance is possible (Figure 10). The plastic case, which contains the electronic parts, can be unsealed by removing the height screws. In order to perform this maintenance task, a prosthetist specifically trained needs to open and check the whole device. If something is wrong, the prosthetist will repair or replace the defective parts. The embedded SD card is encrypted, to keep personal data far from prying eyes. NeuronArch have been designed to last a lifetime. 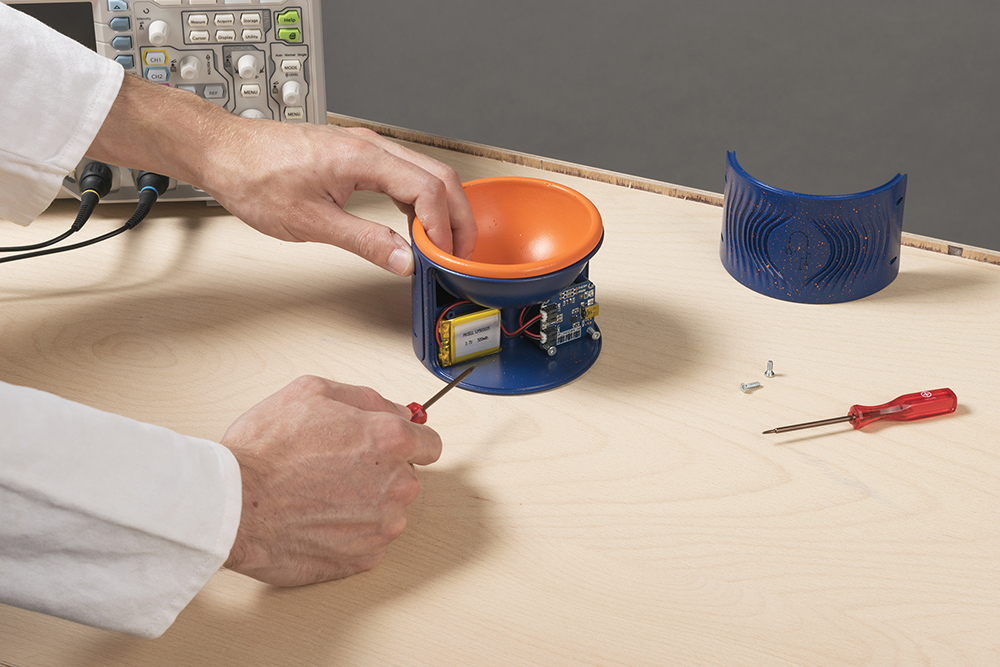