In this section, you could see the demonstration.

Ever since the beginning of life, compartmentalization has been playing a crucial role in biological systems. The famous Miller-Urey experiment shows that inorganic molecules can be transformed into organic substances under extreme conditions, catalyzed by, for example, lightnings. However, homogeneously distributed organic matter is not enough for life to emerge. It is almost impossible that all conditions are appropriate for life in the entire primordial soup, that is where the compartments come in.

Intuitively, for an organelle to remain a stable compartment, it must acquire a material boundary, or more precisely, a membrane. Membrane-bound organelles are indeed common and stable, but from the perspective of synthesis, they are too complicated for primordial conditions. However, there are also non-membrane-bound organelles, for instance, stress granules, P granules and nucleoli. More importantly, their formation is guided by simple physical principles. Membrane-less organelles and phase separation. Next came the question how can we synthase membrane-less organelles.

According to physical chemistry, the process where materials self-assemble into organelles is described as ‘phase separation’, which is the conversion of a single-phase system into a multiphase system, much like how oil and water will spontaneously separate from each other. In general, materials flow to regions with low chemical potential instead of low concentration(Figure. 1). Finally, the components are no longer distributed uniformly but locally form granules, which are organelles in the cell(Figure. 2). 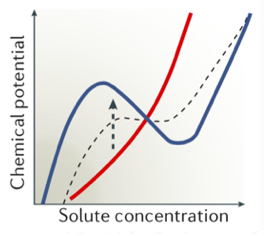 Figure. 2: The components are no longer distributed uniformly but locally form granules


Therefore, the main challenge in the synthesis of an organelle is to accomplish phase separation in a cell. We took our inspiration from existing living systems. For example, stress granules and P bodies are formed by the interaction between mRNA and proteins. RNA and proteins play a significant part in the phase separation in cells. IDR (Intrinsic Disordered Regions) are an indicator of large-scale phase separation in the cell. IDR interact with each other through van der Waals forces, electrostatic and hydrophobic effects between amino acid residues, while RNA molecules combine with proteins through their bases and ribose-phosphate chain. Previous work attempted to reproduce natural phase separation by connecting interaction modules such as SUMO/SIM and SH3/PRM to construct granules in the cell(Figure. 3).

Figure. 3: Both natural and artificial have manifested multivalence[1].

Figure. 4: Interaction and multivalence are essential for phase separation.

It inspired us to propose some specific applications of our synthetic organelles, including organization hub, sensor, and metabolism regulator. We have verified the feasibility of them by loading GFP-nanobody module, ABA sensor module and carotene production module to the whole system.

We believe that our work has reached the medal requirements of demonstration as we have confirmed that our synthetic organelles can be formed in vivo and deliver a range of functions both for engineering and research due to their amazing properties. The concrete demonstration of the whole platform is shown below. You can see more details of experiments and modeling in our Notebook and Modeling