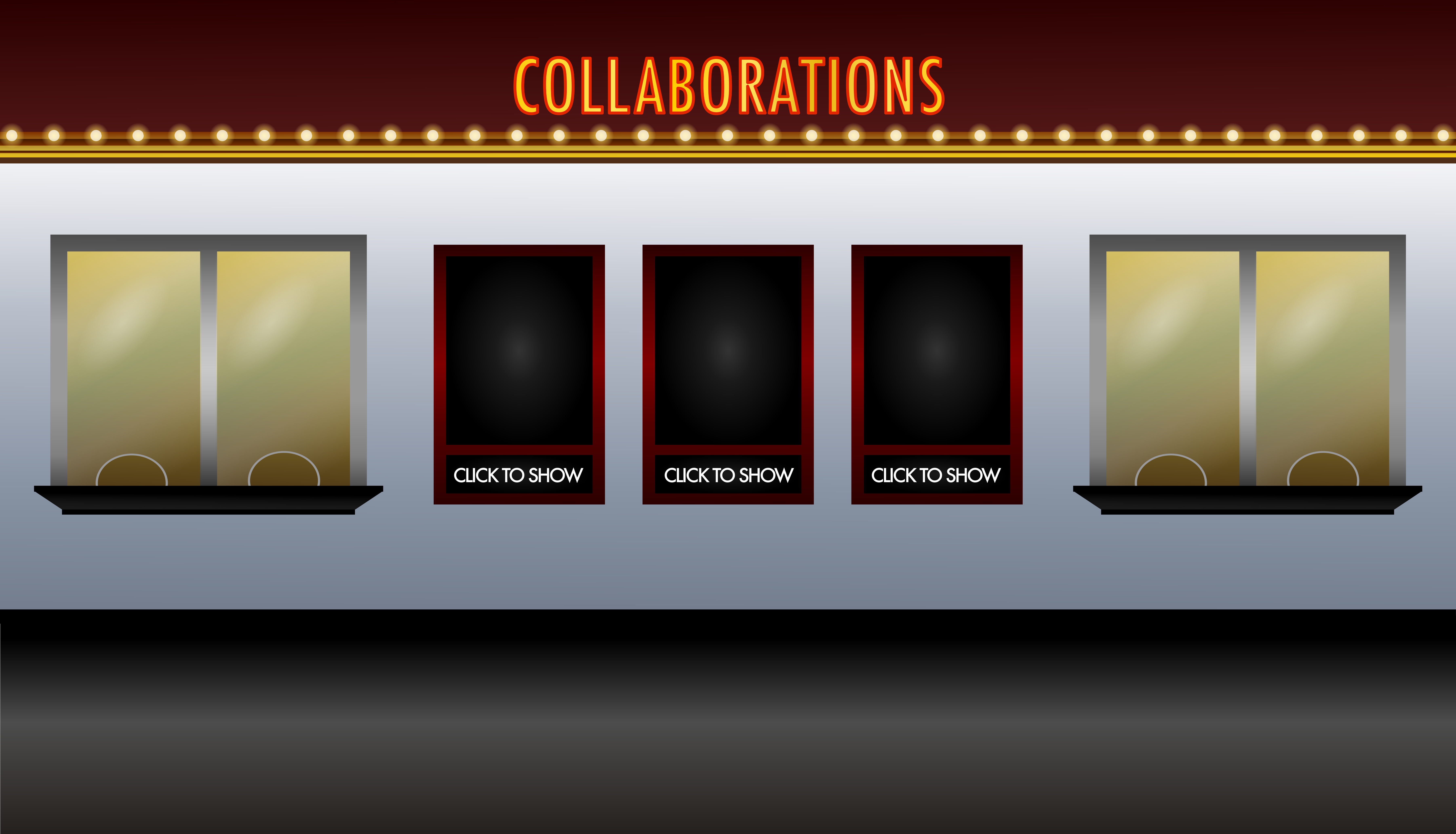 The Pittsburgh CSL team is the first high school iGEM team from Pittsburgh. The team members represent a variety of backgrounds from the Homewood neighborhood of Pittsburgh. As high school students, they didn’t have much science or biology experience, so during the 2018 iGEM season, we acted as mentors to guide them through this exciting journey of research.

The Pittsburgh iGEM connection with Pittsburgh CSL iGEM began in Fall 2017 when two members from the 2017 Pittsburgh team visited the Citizen Science Lab. The members gave a presentation on the previous year’s research project, played a game they created called the Plasmid Game, and provided insight on what to expect from the competition.

In winter of 2018, one of our current members worked with the CSL team on completing a collaboration with the CMUQ team. The 2017 CMUQ team worked on creating a salt sensor, and the CSL team wanted to further characterize the part Consensus proU-RBS-RFP (BBa_K2467002), an optimized synthetic proU, strong RBS and mRFP1 osmolarity sensor. During the experiments for the characterization, our team member was able to guide the high schoolers through performing transformations, calculating molarities and dilutions, creating stock solutions, and graphing data. After assisting the Pittsburgh CSL team, the CSL team was able to find optimal salt concentration for growth of E. coli.

During the summer, we started by working on the safety form to make sure they knew the basic safety rules in lab, and we asked them to describe their project so that they fully understood the goals and methods. Instead of answering each question on the safety form, we led them to think about the risks and considerations by themselves. It was worthwhile to ask small questions to provide clues to lead to the answers. 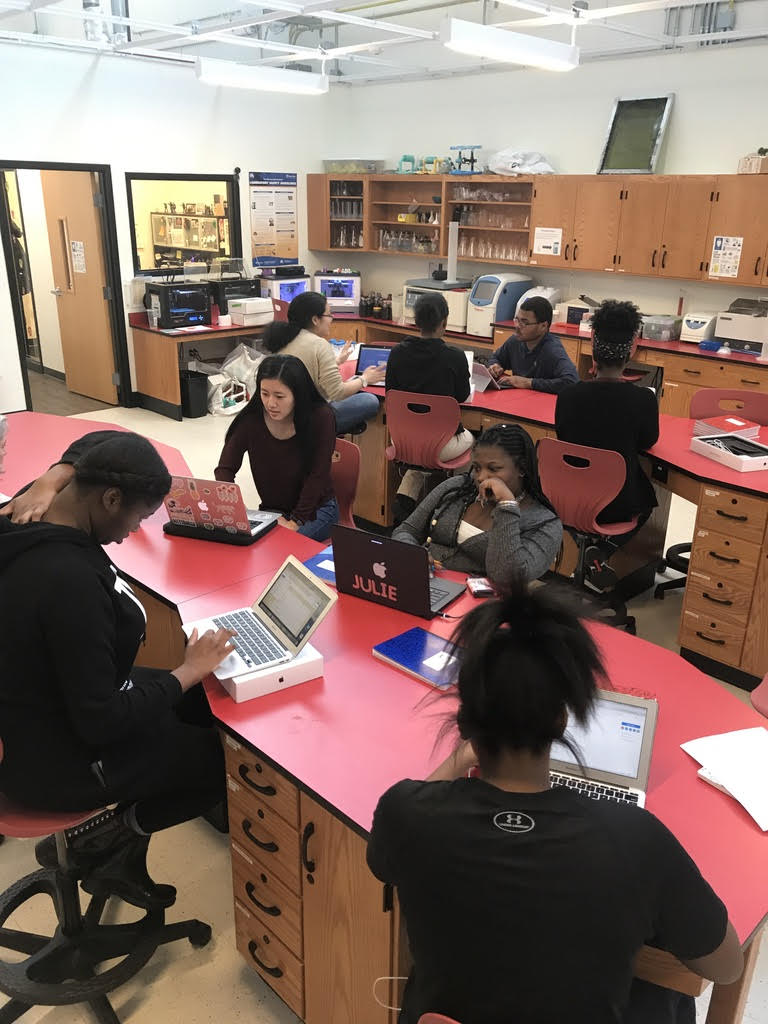 Another big part of our mentoring was helping with their Wiki page. Starting the Wiki can be difficult, so we began by going through and talking about each page, letting them know the basic construct and what content should be included. Also, we helped them to create a fundamental template, including clearing the unnecessary code, introducing general style, and creating navigation bar.

On July 13th, we participated in the 2018 Mid-Atlantic Meetup hosted by the UMaryland iGEM team. It was a great experience of presenting and exchanging ideas with other iGEM teams, including UMaryland, William and Mary, Virginia, Georgia State and Richard Montgomery. We got good feedback from those teams, and their interest in our project and our presentation animations really motivated us. From listening to their presentations, we obtained some helpful tips in delivering a presentation. Moreover, thanks to this opportunity, we were able to meet the William and Mary team, which led to more discussion and the collaboration between us. 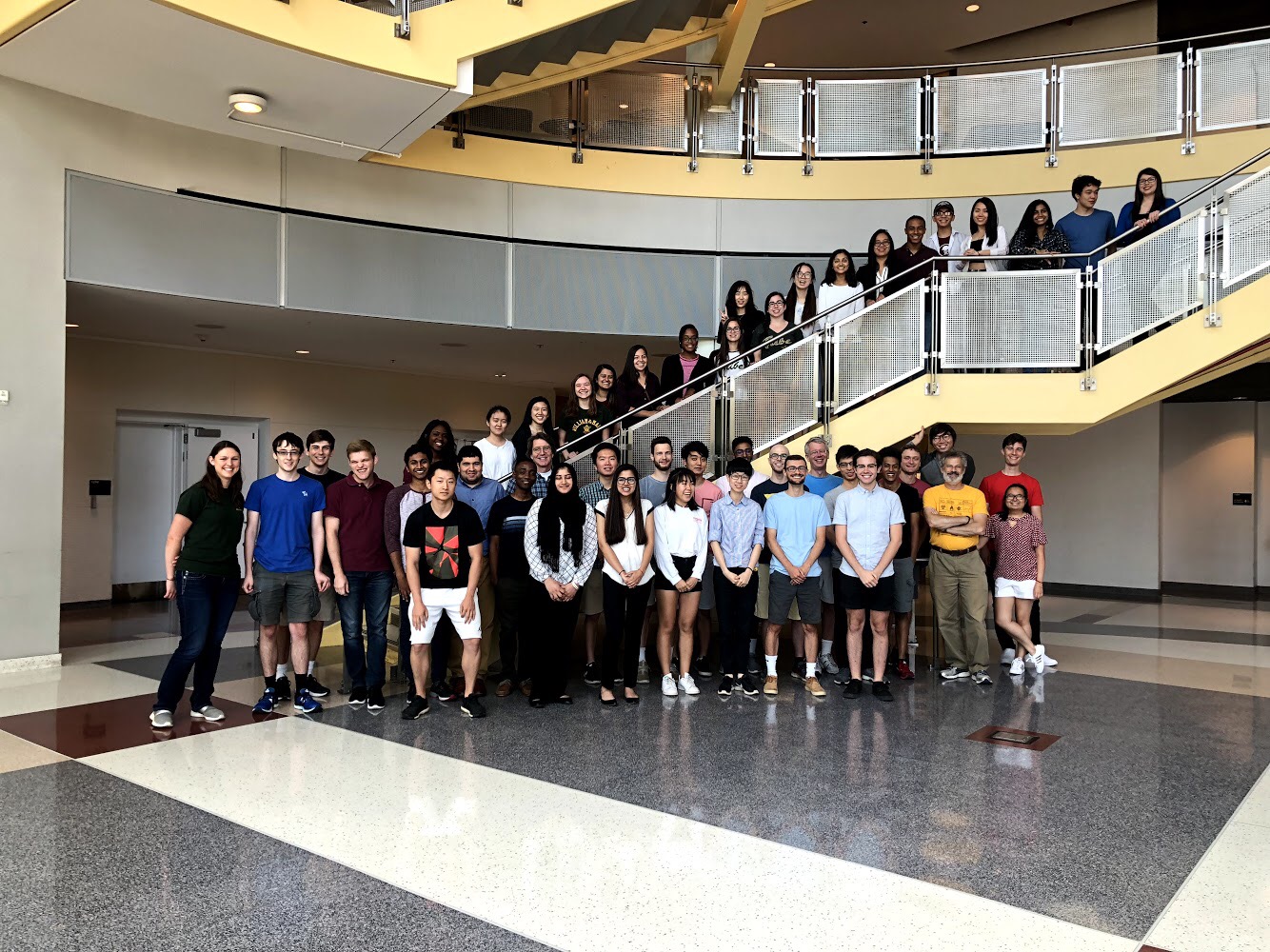 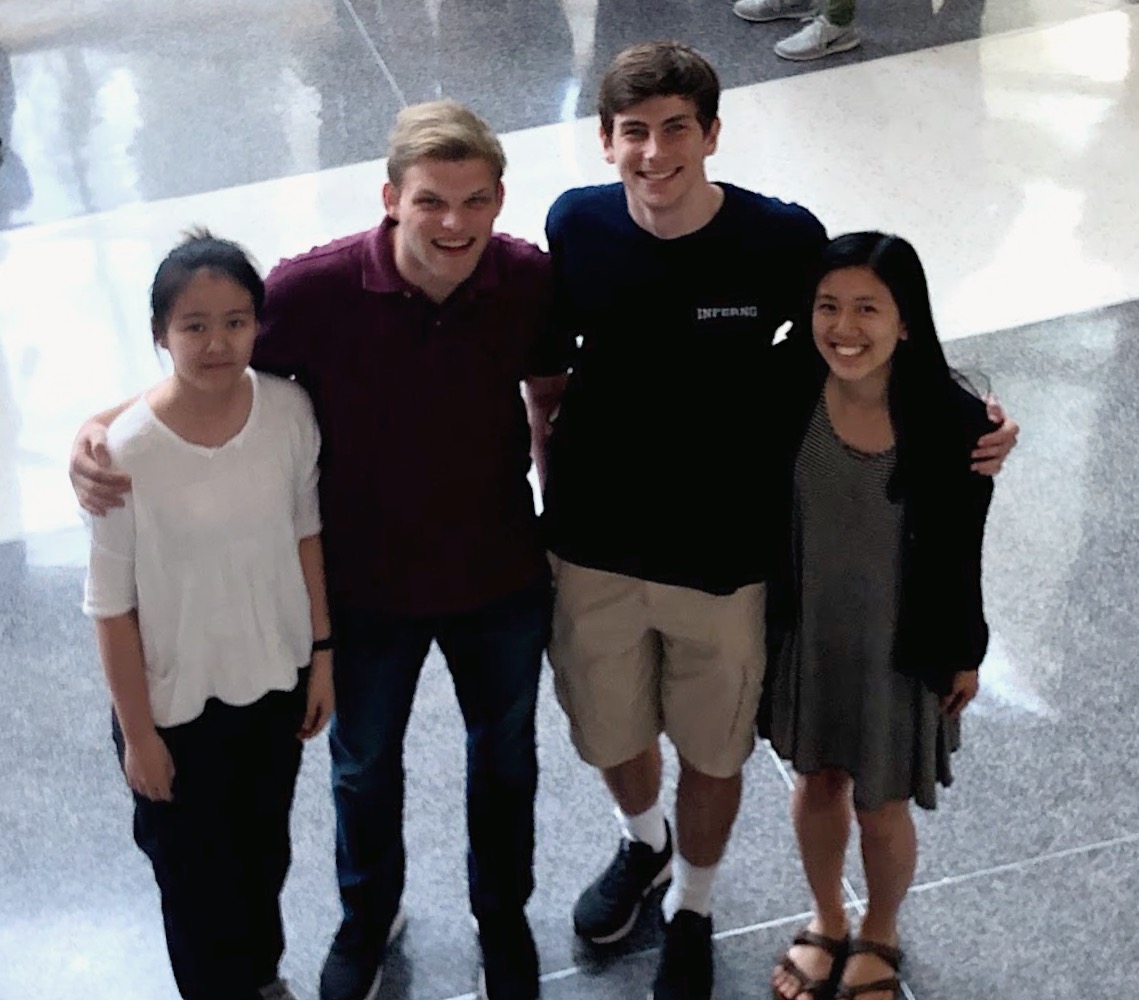 After realizing the advantages of 3G assembly developed by William and Mary, we were excited to test their procedure and prove the feasibility of their assembly method.

3G assembly uses Golden Gate and Gibson assembly to construct a variety of multi-part circuits. Compared to traditional DNA assembly methods, 3G is quicker and less expensive; circuits with multiple parts in it can be constructed in a day. More information on 3G assembly can be found here

After connecting with the William and Mary team at the Mid-Atlantic Meetup, we received a clearly written protocol and a 3G assembly kit with a very nice greeting. It was a very simple procedure, and by following the protocol, we were able to successfully assemble the parts using this method. 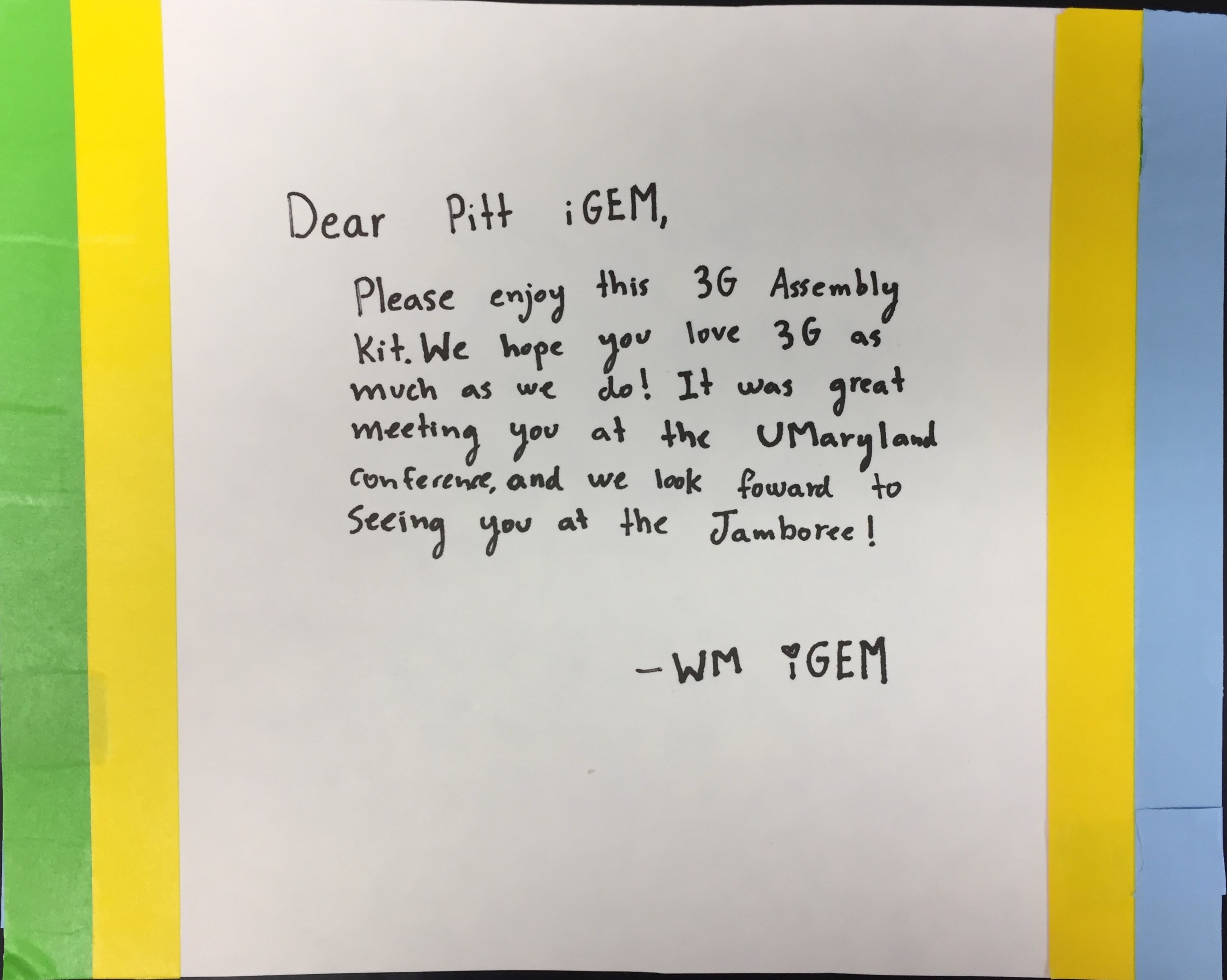 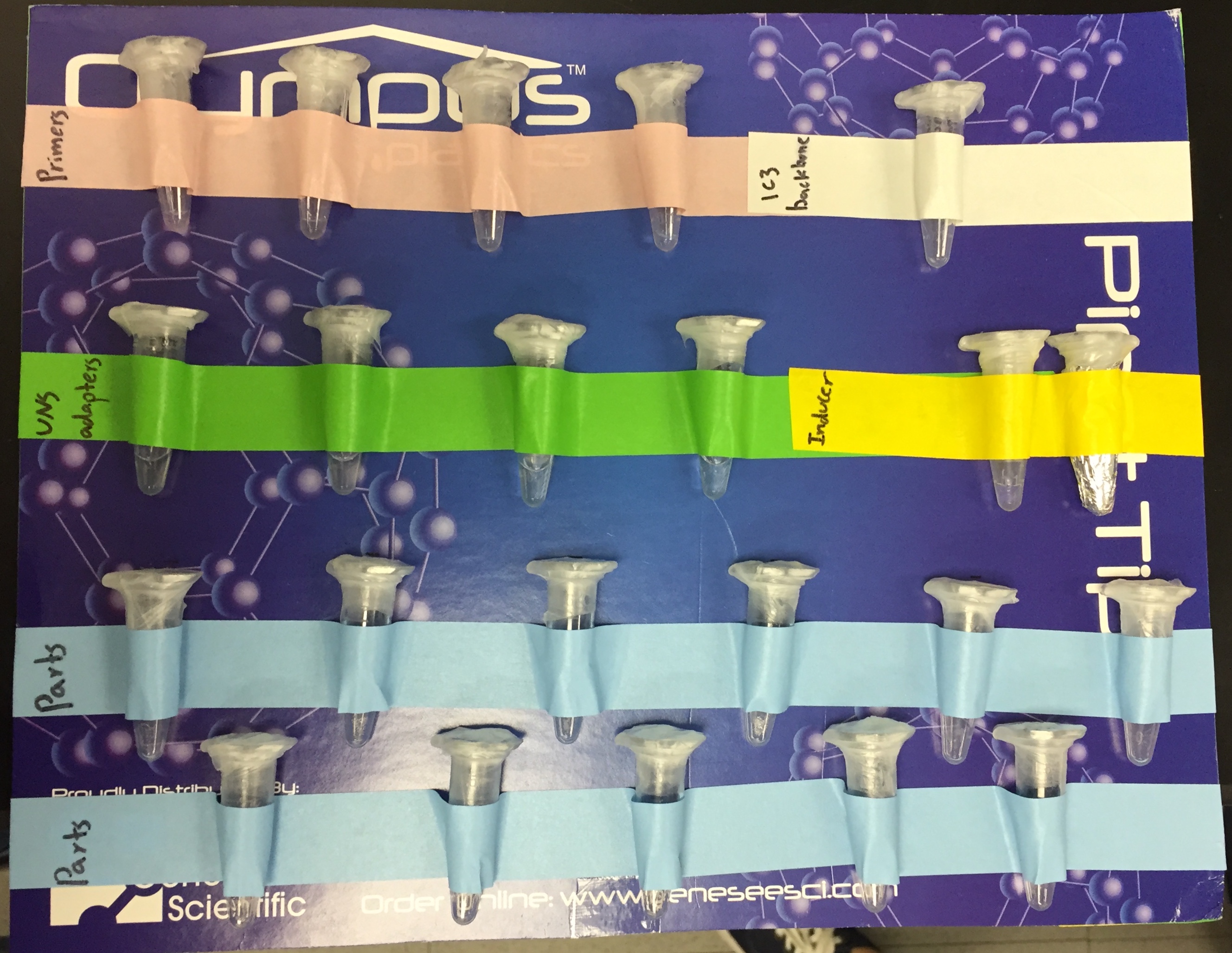 As seen in the Golden Gate gel extraction images, multiple parts were assembled together, forming transcriptional units of the correct length. 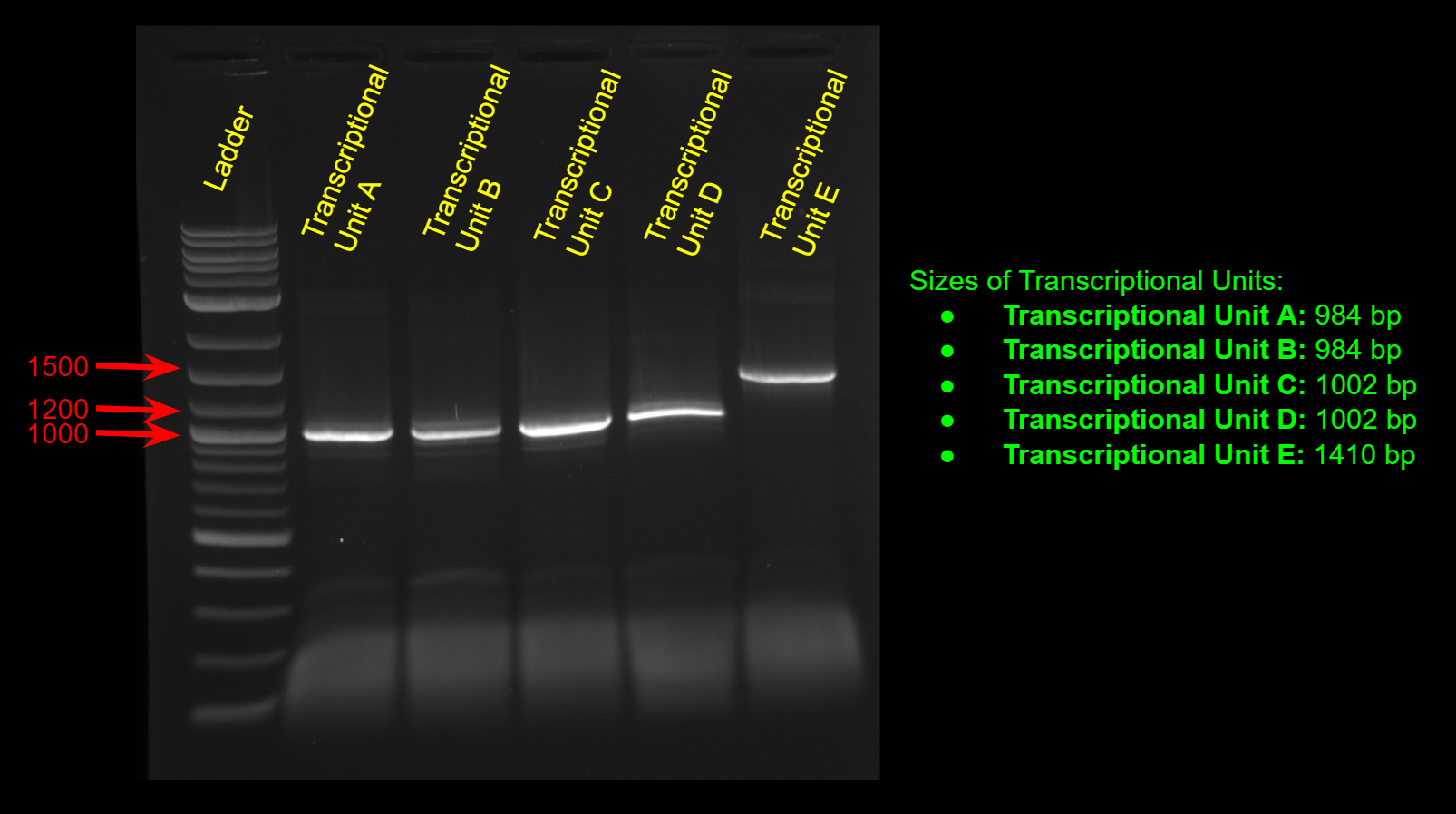 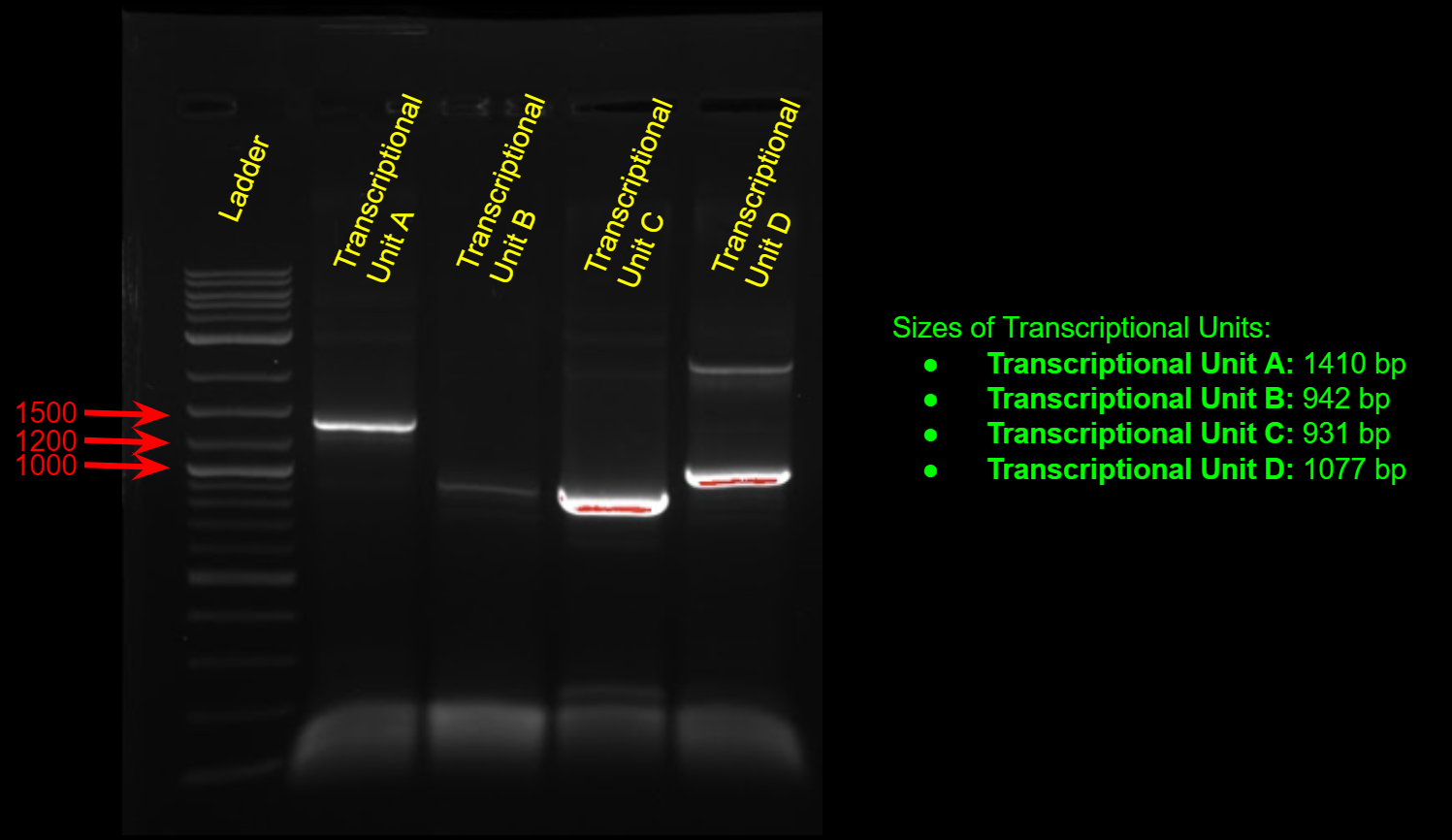 Experiment 2: Construction of 4 Circuits with 2 Transcriptional Units Each

We would like to thank the William and Mary team for sharing this assembly method with us!